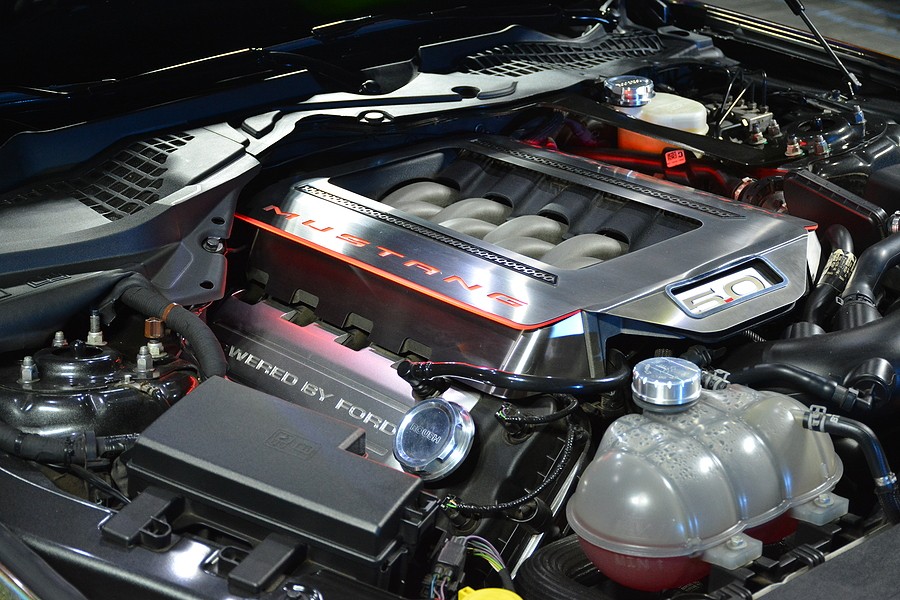 If you have heard of Ford cars – which most people in the world have – chances are you know these are high-powered, performance-oriented, and luxurious cars that are extremely popular on the market today. Many of the Ford vehicles are now equipped with EcoBoost, making many car buyers ask local dealerships – what is EcoBoost?

This technology allows Ford vehicles to give more performance benefits, like increased horsepower and torque, while taking less, such as gasoline.

What is Ford EcoBoost?

Ford EcoBoost is the name of a specific line of turbocharged, direct-injection petrol engines that have been created to deliver a high level of horsepower and torque. In addition to the increased performance capabilities for vehicles with this feature, this specific engine type provides an enhanced fuel efficiency for the eco-conscious drivers out there.

With the first EcoBoost engine produced back in 2009, this lineup is still popular in car models produced by Ford today. Now available in multiple varieties and power ranges, Ford vehicles that contain These types of engines range from 1 to 3.5-liters depending on the power required by the specific vehicle.

How Do Ford EcoBoost Engines Function?

The EcoBoost engines set themselves apart from the crowd by the enhanced performance capabilities and fuel-friendly mechanisms. With the ability to provide high power metrics and efficiency in terms of accelerating and overall performance, the EcoBoost engines effectively use their turbocharged nature and direct injection in the best way possible.

Turbocharged engines use a specific construction that helps force in extra air than a normal engine is able to, improving the power output without increasing the necessary size of the engine in the internal system of the car.

The use of direct injection reduces the intact tract portion of the entire fuel delivery process, improving the fuel efficiency and the streamlined nature of the entire mechanism.

When asking yourself ‘what is EcoBoost,’ you need to know the different types of EcoBoost engines used in Ford models today.

Ford produces a 1.0-liter turbocharged in-line three-cylinder engine that is used in the EcoBoost family. Built over two different versions, the 74kW and the 88-92 kW, the more powerful version delivers a maximum of 130 pound-per-foot of torque from 1,400 to 4,500 RPM.

The 1.0-liter EcoBoost engine was first produced in the American market with the 2014 Ford Fiesta sedan and hatchback, with the engine awarded the International Engine Award in 2006.

In 2007, Ford announced the new inline 3-cylinder 1.5-liter Ecoboost engine that produced 200 horsepower at 6,000 RPM. The engine increases the capacity per cylinder up to 500cc to help maximize thermal efficiency.

The 1.5-liter engine is used in the 2018-present ford Focus, the 2020 Ford Escape, and the 2021 Ford Bronco Sport. If you are wondering ‘what is EcoBoost,’ you need to know the different 1-liter engine types used in Ford vehicles.

The 1.5-liter inline four-cylinder option was first used in the 2014 Ford Fusion as a smaller version of the 1.6-liter EcoBoost Engine. The 1.5-liter is used in various models today, such as the following:

The 1.6-liter Ford EcoBoost was first introduced in 2009 for the Lincoln C concept model. Rated with 197 horsepower and producing 207 pound per foot of torque, this model could produce more power than the 1.5-liter option.

The 1.6-liter engine has been used in the following car models:

This kind of engine was used in the following Ford vehicles:

When asking yourself ‘what is EcoBoost,’ the driver should know that the EcoBoost engine uses a 6-speed automatic transmission, complete with various powertrain options, driver-assist safety features, and easy-to-use infotainment technology to make the car accessible and functional.

The 2021 Expedition earned the #2 spot in the Large SUVs category due to the powerful engine, towing capacity, enhanced gas mileage, straightforward infotainment controls, and spacious cabin.

If you are questioning ‘what is EcoBoost,’ car buyers should know this technology is used in the 2021 Ford Mustang. The 2021 Ford Mustang contains the EcoBoost engine option for enhanced performance capabilities. Earning the #1 ranking in the Sport Cars category, the Mustang boasts various powerful engine options, agile handling, intuitive and easy-to-use in-car technology, and a decent trunk size for the convertible and sport car class.

The negatives of the Ford Mustang are the cramped rear seat. However, the small seating area is often overlooked due to the high horsepower, with the engines producing between 310 and 489 horsepower depending on the trim level purchased.

The EcoBoost engine and the naturally aspirated V8 engine both come with a six-speed manual transmission or an optional 10-speed automatic transmission for enhanced performance.

The 2021 Ford F-150 earned the #1 spot in the Full-Size Pickup Trucks category due to the class-leading hauling performance, powerful engine lineup, intuitive infotainment system, and excellent reliability rating. This car can earn between 16-25 miles per gallon in the city, and 22-26 miles per gallon on the highway. When asking yourself ‘what is EcoBoost’ technology, drivers should be aware of the various engine types in the Ford F-150 model.

When drivers ask themselves or the car dealership ‘what is EcoBoost,’ they also need to know if this mechanism and technology are reliable. No driver wants to purchase an unreliable vehicle with a low-powered engine that can break down after minimal use. Fortunately for Ford vehicles, the Ecoboost engines are known for their high-powered performance reliability.

The Ford F-150 is one of the best-selling trucks in the United States. Not to mention, many other Ford vehicles that contain the EcoBoost choice are also top-selling across the nation due to the performance benefits, reliability, safety mechanisms, and user-friendly features that encourage new car buyers to take a chance on the Ford lineup.

As we learned earlier, most of the ford F-150 vehicles contain the Ecoboost engine, which is one of the main reasons why the new and older models are quick-selling and very popular cars on the market today. Although the engine can’t be considered foolproof or perfect in all situations, the majority of customers are happy with the overall performance.

Consumer Reports put together a list of predicted problems that can arise from EcoBoost engines that plague the Ford F-150 models and other Ford vehicles. Some of the most common issues include the following:

Despite these negative reports about some Ford vehicles that contain the EcoBoost engine, none of the aforementioned complaints deal with the powertrain or the engine, showing the reliability and safety when using an EcoBoost engine car. Therefore, when car owners ask mechanics or car sellers ‘what is EcoBoost,’ the car seller or dealership can respond with confidence.

To get an idea if the EcoBoost engine is worth your current price predicament, you need to ask additional questions along with ‘what is EcoBoost’ to your local mechanic or dealership. Here is a breakdown of replacement parts prices that include labor times at a Ford dealer that focus on the EcoBoost turbocharger replacement:

To give you an idea of how much you might spend on the EcoBoost engine, we have included some sample aftermarket costs for a Ford Mustang EcoBoost engine.

As you can see, Ford vehicles that contain an EcoBoost engine have increased performance, reduced fuel consumption, and better acceleration than other cars on the market. When car buyers ask ‘what is EcoBoost,’ Ford dealerships can confidently respond with the benefits of this high-powered engine.