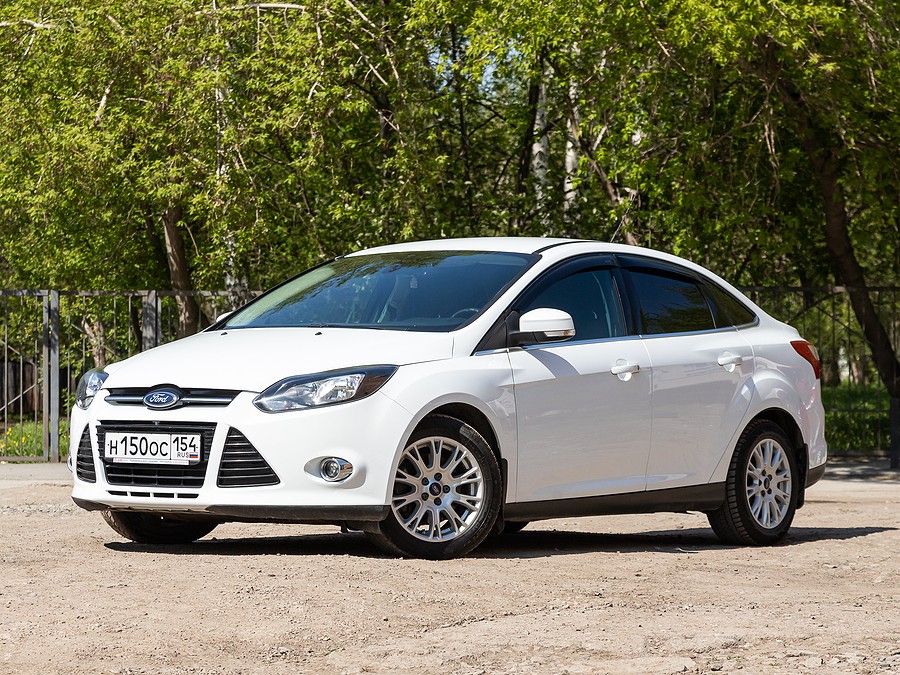 The Ford Focus is a compact car manufactured and produced by Ford Motor Company from 1998 until the present in Europe, and 1998 until 2018 in North America. The focus was first released in July of 1998 and began sales the following year. Although popular for its over-2-decade run, the expensive Ford Focus engine replacement cost can deter users from purchasing this car.

Produced over two generations, the Focus is available in either a 3 or 5-door hatchback, 4-door sedan, 5-door estate, 2-door coupe, or 2-door coupe-cabriolet. With sales at their highest during the 2000, 2001, 2012, and 2013 model years, there were some problematic model years throughout the entire production span that required taking a greater look at.

In the first generation of the Ford Focus, there were different engine types available. Gasoline engines were available in the 1.8-liter and 2.0-liter Zetec units from the Ford Mondeo and the 1.4-liter and 1.6-liter versions from the Zetec-S units. The Zetec units, also known as the Ford Zeta engine, was a straight-4, double overheated internal combustion engine produced in the late 1980s.

The Zetec-S unit, also known as a Ford Sigma, is a straight-4 engine first introduced in 1995. First sold as a Zetec-S, then a Zetec-SE, and now named a Duratec, this engine was produced for Ford’s smaller models – like the Ford Focus.

Since the engines differ depending on manufacturing and production, the total Ford Focus engine replacement cost will change based on where you are located. In some countries, the overall price you could pay will be higher than in others.

In the second generation of the Ford Focus in the United States, the 2.3-liter Duratec engine was discontinued. The only engine options left in the North American market were the 2.0-liter Duratec, increasing the performance numbers from 136 horsepower to 140 horsepower.

Other performance changes included a beneficial fuel efficiency, a lighter chassis, and a lighter overall weight for added aerodynamics.

The third generation Focus was launched with only one engine choice in North America-  the 2.0-liter Duratec 20, producing 160 horsepower. However, in the European market, there were various engine choices. The variety of engine options meant that the overall Ford Focus engine replacement cost could be lower due to parts’ availability.

One engine option used in the third generation Ford Focus was the 1.0-liter EcoBoost, a three-cylinder turbocharged engine that replaced the 1.6-liter Duratec. Secondly, the 1.6-liter Duratec Ti-VCT was the updated version of the same engine from the previous generation, improving the performance and emission standard.

Thirdly, the 1.5-liter EcoBoost engine comes with the Durashift manual transmission and produces 182 horsepower and 200-pounds-per-foot of torque. Fourth, the 1.6-liter Duratorq was a diesel option that was improved to increase fuel economy and added horsepower. Lastly, the 2.0-liter Duratorq was the final engine choice in the European market, available with PowerShift and coming in a 182-horsepower version for ample performance.

The worst model years of the Ford Focus are the 2000, 2003, 2012, and 2014 model years, with the 2003 having the most-reported issue of the key not turning in the ignition. Furthermore, the top three worst concerns across every single model year is the car hesitating in the 2014 Focus, the car jerking in the 2013 Focus, and the power steering failure in the 2012 Focus.

The main engine concerns in the 2000 Ford Focus are the engine dying while driving, a blown engine, the engine running very roughly, the engine surging, the gas pedal sticking, and the car revving at a high idle speed.

To fix the engine dying while driving, owners will have to pay a Ford Focus engine replacement cost of around $410 to replace the fuel system, repair the soft elbow joint in the air intake system, or replace the fuel pump at around 95,000 miles.

The typical Ford Focus engine replacement cost for the 2003 model is around $2,920 to replace the cylinder head or replace the entire engine at around 115,000 miles.

The main engine concerns in the 2012 Focus include the car not starting, acceleration delays, engine stalling while driving, the car making loud banging noises, and the engine jerking when moving from a complete stop.

Fixing the engine stalling and cutting out while driving typically involves owners having to replace the transmission control module. In this case, the total Ford Focus engine replacement cost comes out to between $500 and $900, with the parts ranging between $450 and $700, and the cost of the labor between $50 and $200.

The last year that had the most engine problems was the 2014 Focus, with wonders stating that the engine shuts off, the oil leaks, the car makes loud noises, the RPMs fluctuate, and the spark plugs fail. In this model year, the most common solution is to replace the fuel pump for a total Ford Focus engine replacement cost of between $220 and $1,060.

The potential for clutch failure means that owners would experience a much higher Ford focus engine replacement cost, leading to an expensive repair. Furthermore, the presence of an ignition source in the presence of an overheating engine increases the risk of a fire.

Ford issued a further recall in 2019 that recalled almost 60,000 of its 2012-2014 and 2017 Focus vehicles. The software update issued in the prior recall was not substantial enough to fix the problem, which led to further issues and a high Ford Focus engine replacement cost in the later model years.

If a vehicle lost power while driving, there would be an increased risk of a crash due to the gas tank malfunctioning. If the gas tank problem was not fixed, it would lead to loss of power, inaccurate fuel gauge readings, and a dashboard warning light in the car.

The average Ford Focus engine replacement cost is between $2,500 and $4,000 to carry out a full replacement. However, if you repair small parts or replace bearings and seals, you could get away with taking the engine out and fixing the affected parts.

Calculating the total Ford Focus engine replacement cost is dependent on the type of engine utilized, the extent of the damage in the car, and the specific model year that you own!