2018 Ford Focus Transmission Problems And What To Do About Them 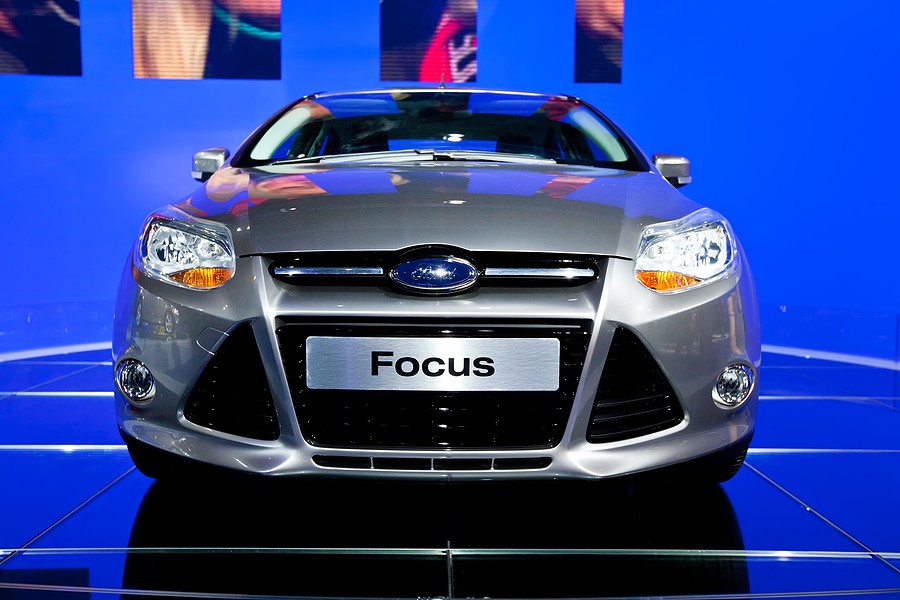 The Ford Focus is a compact car created by the Ford Motor Company, under Alexander Trotman's Ford 2000 plan. The objective was to globalize model development and sell a compact vehicle in the global market. The Focus was released in July 1998 in Europe, as the successor of the Ford Escort- as well as a replacement of the Mazda Familia. The Focus went on to become a decent selling vehicle for Ford, offering drivers quality as well as dependability.

Does The 2018 Ford Focus Still Have Transmission Problems Now?

The year is 2020 and the 2018 Ford Focus is a car that is showing issues with its transmission to many Focus owners. The issues seem to range from shifting to shuddering. Let’s take a look at what some of the complaint’s owners revealed:

Amanda: “Owners of the Ford Focus and the Ford Fiesta have noted a “shuddering feeling” while accelerating and a hard shift from first to second gear, as if the vehicle was being shifted by a first-time manual transmission driver. Except the faulty transmissions are automatic. While the models have been attempted to be repaired, parts replace up to and including the entire transmission, the issue persists. The problem comes from the PowerShift dual clutch, which has replaced traditional automatic transmissions in the Focus and the Fiesta. Its goal was to shift faster and improve fuel economy, but the malfunction has caused almost 2 million vehicle owners to file a class action lawsuit against Ford. While Ford attempted to correct the issues in its 2012 models, the faulty transmission is recorded to be affecting 2016 models and possibly beyond. Ford is still trying to get their Dual clutch transmission correct, but it looks like they are still equipping some version of the PowerShift in 2018 Focus’ and therefore, it could still have serious transmission problems.”

Cameron: My 2018 Focus just had the clutch pack in the transmission replaced a couple of months ago. The car had right at 19,000 miles on it. So, it sounds like whatever measures they took to try and fix the problem still hasn't worked.”

John: “Ford Motor Company (Ford) is recalling certain 2016-2018 Ford Focus vehicles equipped with a 1.0L Fox GTDI engine and a 6-speed manual transmission. The clutch may fracture, resulting in damage to the transmission assembly and possibly a transmission fluid leak.”

Cam: Got my 2018 Focus in Dec 2019. I've already had in the shop three times for transmission issues.

Click here to read additional issues from other Ford Focus owners, as they detail the problems, they have had with their 2018 Ford Focus vehicles.

Do All Ford Focus Have Transmission Problems?

Perhaps not every Ford Focus has transmission issues, but there is certainly a vast number of them with transmission problems. According to reports, Ford knew of the PowerShift transmission's inherent problems before the creation of them began. But the auto maker went on and manufactured the cars anyway. Additional reports also indicate that the Ford Motor Company would Ford dealerships to: ‘”…to tell customers that the cars operated normally…’” knowing that the Ford Focus had issues within the transmission. CarAndDriver.com adds: “The Ford PowerShift transmission in question is found in 2011–2016 Fiesta and 2012–2016 Focus cars. As described by owners of the vehicles, the primary, recurrent issues are a shuddering feeling while accelerating from a stop—like someone who can't feather the clutch properly on a stick shift—followed by a rough 1-2 upshift that again sends a vibration throughout the vehicle.”

So, what is the real issue with the transmission with the Ford Focus?

As a substitute for the automatic's torque converter- a conventional car component, the dual-clutch six-speed transmission utilizes a dual clutch pack to pair the engine to the transmission. One will be engaged when the driver selects an odd gear, while the other will enter engagement, when an even gear is selected. Generally, dual-clutch gearboxes offer improved fuel economy as well as a smoother and faster shift for the driver. But this isn’t the case.

Not only to these Ford Focus transmissions have noted slippage, but owners also report little to no fuel efficiency.

What does Ford have to say about the issue with its Focus Transmissions?

Since learning of the issues, Ford offers various service bulletins that address issues with the PowerShift, code-named DPS6.

What Kind Of Transmission Does A 2018 Ford Focus Have?

Is There A Recall On Ford Focus Transmissions?

Reports indicate that the Ford Motor Company (Ford) recalled specific 2016-2018 Ford Focus vehicles that had a 1.0L Fox GTDI engine as well as a 6-speed manual transmission. Ford acknowledged that the clutch may break, thus causing damage to the transmission assembly. Owners could also experience a transmission fluid leak.

It would depend on who you ask. According to Cars.usnews.com’s website, the Focus seems to outperform its competition: “The 2018 Ford Focus sits near the top of our compact car rankings. It has engaging road manners, a wide range of available powertrains, and two body styles.” Given the subject of this post, it’s important to note that within Cars.usnews.com’s report about the Focus, the transmission makes it way into the list of “cons” for the car. In fact, the site calls the faulty transmission a; “Hesitant dual-clutch automatic transmission.” Additionally, Cars.usnews.com adds: “The 2018 Ford Focus's #3 ranking is based on its score within the 2018 Compact Cars category. Currently the Ford Focus has a score of 8.6 out of 10, which is based on our evaluation of 89 pieces of research and data elements using various sources.”

Cars.usnews.com states: “Yes, the 2018 Ford Focus is a great choice for those who want a sporty compact car. If you're looking for utility, however, it may not be the best option. But in its list of weaknesses, it is listed as having an… “Unrefined dual-clutch automatic transmission”. Click here to read more!

Why Did Ford Stop Making the Focus?

Ford shocked the automotive industry when it announced plans to cease manufacturing just about all of its passenger cars – and turn its focus (no pun intended there) to SUVs and trucks. As this seems to be a trend that many automakers are now adopting, trucks and SUVs. Given such, Ford decided to quit making the Ford Focus. According to CEO Jim Hackett, the Focus isn’t the money maker the auto maker thought it would be. Additional reports indicate that by today’s day and times (the year 2020 and beyond), Ford’s inventory will be that of trucks, SUVs and utility- and these vehicles will be at least 90% of Ford’s inventory and offerings. Ford is headquartered in the Detroit, Michigan Suburb of Dearborn, Michigan.  Ford further stated that they will make quality utility vehicles that exceed the current technical requirements and scope of vehicles. While Ford works on changing its inventory and getting rid of all cars except for the Mustang, they will work on a Focus variant. It is in the form of the 2020 Ford Focus Active which is based on the Focus hatchback. CarsDirect.com adds: “Under the hood, we are likely to see at least two engine choices, including a 1.0-liter turbocharged three-cylinder and a 1.5-liter turbocharged four-cylinder engine. Ford has also showed a 2.0-liter turbocharged diesel four-cylinder engine, but we’re not certain that it will make it to the US.”

Sick and tired of getting that Focus with the transmission issues fixed? Sell it to Cash Cars Buyer! We offer FREE services that will make selling your Ford Focus quick, fast and easy! Just click here to obtain a FREE online quote on your car and allow us to give you fair market value for that old, fizzled Focus! We have over a decade of junk car buying experience and we are also licensed, bonded and insured! So, let us turn that old Ford Focus into the fantastic cash you need, want and deserve NOW!