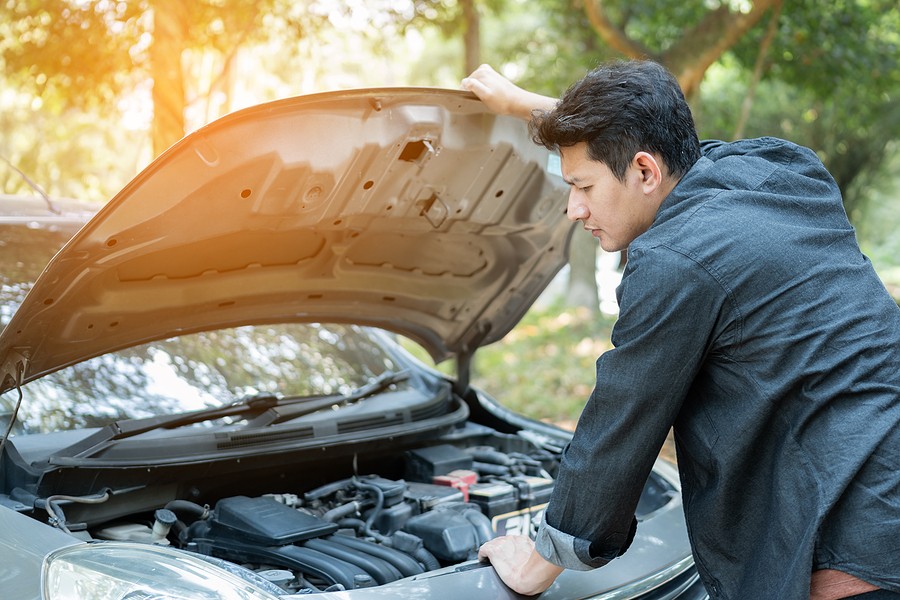 The 4L60E transmission is a series of automatic transmission options produced by General Motors, designed for longitudinal engine configurations. Even though these transmissions provide a whopping 450 horsepower and 425 pounds-per-foot of torque, the reported 4L60E transmission problems outweigh the performance benefits.

What Is The 4L60E Transmission?

The 4L60E transmission is a line of automatic transmissions produced by General Motors, an American multinational corporation that is centered in Detroit. This line of engines includes 4 forward gears and 1 reverse gear made specifically for longitudinal engine configurations. Although this mechanism is technologically advanced, it still has some 4L60E transmission problems in GM vehicles.

Some of the most popular cars that use the 4L60E transmission are the Cadillac Escalade, Cadillac Corvette, Chevrolet Silverado, GMC Yukon, Pontiac GTO, and the Saab 9-7X. All of these cars suffered from similar 4L60E transmission problems over the years.

If you put your car in the drive position with the gear selector, you may experience a smooth and seamless shifting pattern. Even when you start off the transmission and slide the gear selector into second gear, you should have no problems with accelerating faster down the road.

However, the 4L60E transmission problems occur when you try to shift into third gear. When you put your vehicle into the higher gear, the engine will continue to rev at extremely high RPMs and act as if the gear position is in Neutral instead of this gear.

If this occurs, then your car is experiencing a 3-4 clutch pack failure. In this situation, you will have to diagnose and fix the issue yourself or bring your vehicle to a trusted mechanic so they can take out the filter and the solenoids. Once the solenoids are removed, pull the pump and drone out, separate the drone, and remove the clutch pack.

To replace the piston, you will have to pay at least $1,500 to carry out this replacement at a mechanic’s shop. The piston rings themselves cost only between $30 and $150 for the pants themselves, but the labor is extremely hands-on and requires a lot of extensive knowledge. You can expect to pay around $2,500 to fix this 4L60E transmission problem on the high end.

A second common 4L60E transmission problem that you will find in some GM cars is the inability to shift into second gear or move into the reverse position. A broken drive shell typically causes this malfunctioning of the gearbox. The drive shell is part of the planetary gear system, working together with the ring gear to lower the drum and raise the drum to shift gears properly and seamlessly.

If you notice this problem in your vehicle, you will have to open the shell and remove the drums. Once the drums are removed, remove the snap ring, pull out the gearset, remove the ring gear, and analyze the drive shell for any damage or wear and tear. If the drive shell has broken into multiple pieces, then you need to figure out the best way to fix this 4L60E transmission problem.

Unfortunately for those with GM cars, the 4L60E transmission is notorious for having a reverse planetary gear drive shell failure. This part is an internal hard part that is very difficult to access externally, meaning that you will have to disassemble the entire transmission mechanism.

If this occurs, then the only solution is to remove the transmission and replace the entire part for between $2,500 and $4,000.

The third and final most common symptom of a 4L60E transmission problem is the difficulty to shift into second gear. Along with not being able to find second gear, hard shifting that is shaky or unsmooth is a clear sign that something is wrong with your gearset.

The second gear might be so hard to shift because there could be an internal code 1870 slippage. The slippage of the gamers and the transmission is typically due to a broken down or worn-out TCC regulator valve. If this is the culprit, it is typically accompanied by the check engine light illuminated on your dashboard.

You might be wondering the best way to fix the code 1870. In this case, you will have to bring your car to a mechanic so they can remove the valve body. Pull out the pan and filter, remove the solenoids, remove the wiring harness, take out the valve body, and inspect the TCC regulator valve for any damage.

The average cost for replacing the throttle position sensor is between $171 and $219, with the labor costs estimated between $59 and $74, while the cost of hte parts is priced between $112 and $145.

The worst-case scenario is that the line pressure within the hoses and transport links in the transmission rises drastically. If this happens, then you have a cracked piston or stuck piston in the bore area. For this problem, you typically have to replace the entire transmission housing to prevent further 4L60E transmission problems.

If you find that your car’s shifting is no longer smooth and seamless, you are experiencing one of the most common 4L60E transmission problems. This includes the car feeling sluggish during start-up, no first gear, no 4th gear, and the TCC locking up during shifting.

Furthermore, you may also experience 4L60E transmission problems with getting into second or third gear in manual cars, and the reverse gear is difficult to select in your vehicle.

If you notice any of these symptoms in your GM car, the problem focuses on the transmission being in limp-mode or the car losing electrical power. Limp mode is a security feature in most vehicles that turns on when the transmission control unit picks up a noticeable fault that could further damage your vehicle.

Suppose there are various error codes shown by the powertrain control module. In that case, a mechanic needs to analyze the sensor harness to see if the PCM codes are for a particular fault in the wiring and electrical system.

By figuring out the most common 4L60E transmission problems and the signs of these issues, you can prevent these concerns from worsening over time. Diagnosing and fixing the root causes of transmission concerns can help prevent you from paying a hefty transmission replacement cost – which typically ranges between $2,800 and $3,800!