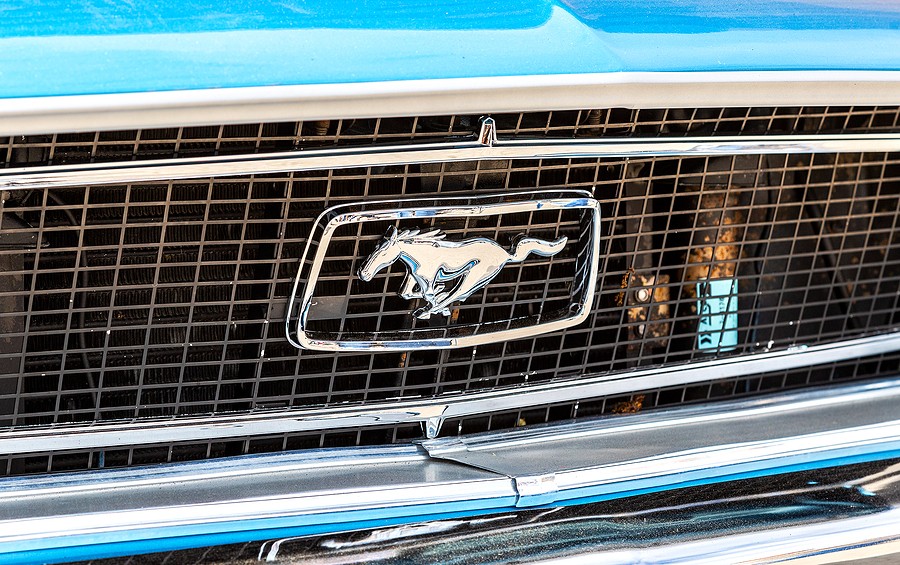 Produced by Ford Motor Company, an American multinational car corporation, the Ford Mustang is a series of cars manufactured since 1964. The Mustang is the longest-produced Ford car nameplate and is currently in its sixth generation. Not only is it the longest selling vehicle, but it has also earned the reputation of being the fifth-best selling nameplate from the respected company.

Developed as a stylish and luxurious sporty coupe, the Mustang is very notable in the market today due to its unique proportions of a very long front hood and short deck. Available as either a pony car, muscle car, or roadster sport car class, and either as a 2-door coupe, 3-door hatchback, 2-door fastback, or 2-door convertible, this Mustang comes in just a FR layout that numerous buyers seem to love.

Despite being widely respected and hugely popular throughout the generations, the Ford Mustang problems are something to take note of.

Despite the Ford Mustang having various problems throughout all of the generations and model years, there are certain issues that are more prevalent and major than others.

Tie Rod Ends – First, there is a common occurrence of squeaking noises while you are turning the wheel in either direction. The cause of this noise is the outer tie rod ends that wear down especially quick during use. To fix this problem the average repair cost comes to between $138 and $196, with the worst model years being between 1996-2010.

Camshaft Sensor Mount – another common Ford Mustang problem involves the magnet for the camshaft, with the magnet reportedly falling out of the mount and damaging synchronizers in the vehicle. This issue can cause the check engine light to turn on, which is a clear warning sign to any driver. The fix is inexpensive, coming in at between $88 and $111, but still can be annoying and a consistent problem occurring at around 110,000 miles.

Upper Bushings – You might not know the importance of upper bushings, but if you notice a loud noise when the engine is warm, then this can be the cause. Mustang models mainly from the years of 1999-2010 between 50k and 140k miles are usually the most affected, with owners having to pay between $88 and $100 to diagnose the problem and repair the issue.

Cover Gasket Leaks – For Mustang owners who own cars between the years of 1994-2001, you might notice that the 2.3-liter four-cylinder engine isn’t running as it should. This can be due to frequent coolant or oil leaks from either the intake manifold or the cover gasket, presenting a huge problem that could lead to potential engine failure.

The costs were minimal to fix these leaks, and should be taken care of rights away – before you have to pay for an engine replacement!

The 2005 model year was really the first time that the Ford Mustang problems were major, glaring, and prevalent across various categories. Users complained that they had the most issues with the electoral system, the interior accessories, the body and paint, and the transmission, while the NHTSA lodged numerous issues about the electrical system, fuel system, and seat belts and airbag safety concerns.

The top owner concerns regarding the electrical system deal with the dashboard gauges being erratic or completely not working, the alternator dying during use, the battery draining, the car not being able to turn over, the car not starting, the electrical short circuiting, the check engine light turning on, and the lights not being able to turn on. To remedy the gauges on the dash, the typical repair cost comes around $110 to replace the stepper motors on the gauges at around 68,000 miles.

Regarding the interior accessories, despite being not as major as the fuel system or the engine in a car, the main concerns focus on the fuel gauge reading incorrectly, the leather upholstery falling off of the doors, the floorboards getting wet, the driver seat adjustment lever not working, the accessories staying on when the key is out of the ignition, the CD player not working, and the gear selector breaking. The typical repair cost for the fuel gauge comes out to around $70 and occurs at nearly 52,000 miles, with owners stating that the fuel gauge stays down below full and doesn’t move when gas is added to the vehicle.

The last category of major concern regarding the 2005 Ford Mustang problems centers around the transmission, with the issues being the transmission stops working, the car has difficulties shifting aers, the car jerks and grinds at low speeds, and there is a grinding noise from the transmission.

The typical repair cost for this issue is very expensive, with the average price coming to around $3,350 to replace the transmission at around 69,000 miles for most owners.

Similar to the previous year, the 2006 Mustang had numerous problems that needed to be addressed, with the most complaints focusing on the body and paint, electrical system, engine system, transmission, and the fuel system.

The top concerns with the body and paint category dealt with superficial, but annoying, issues like the paint bubbling, the paint peeling, the water leaking into the interior, and frequent rusting, with the typical repair cost coming to nearly $1,000 to fix the paint issues at around 50,000 miles.

The electrical problems stayed constant since the previous year, with the Ford Mustang problems including the battery draining constantly, the alternator failing, the engine not turning over, and the electrical power cutting out. The typical repair cost to fix the battery is around $290 to either replace the master power relay or replace the smart box.

Fortunately for Ford, the Ford Mustang problems started to decrease slowly during this model year after having the worst year on record in 2006. The 2007 model and less than half the number of complaints as the 2006 model year, with the top categories of concern focusing on the body and paint category. The top user complaint dealt with the paint blistering, with the typical repair cost coming to nearly $900 to replace the hood or to sand and repaint the car at around 55,000 miles.

Similar to the previous years, the body and paint issues had yet to be fixed for the 2008 model year. The main concern dealt with the bubbling paint and the water still leaking into the interior. Along with the body and paint problems, the interior accessories and the engine also gained complaints from Mustang owners, with the leather panels on the door peeling off and costing the owner around $110 to repair.

After four years of fewer problems between 2008-2011, the 2012 increased again in terms of major Ford Mustang problems that need to be addressed to safely drive the car. The top categories of concern remained constant from the problem years – the bubbling paint and the chipping paint still had not been fixed from the original onset of the issue in the 2005 model year.

In addition the paint concerns, the engine and suspension gained concerns from owners, with users stating that they noticed a control arm failure, the car pulling to one side while driving, and noises coming from the rear suspension.

Despite having some high problem years, the Ford Mustang rebounded quite well in terms of performance and overall ranking in sports categories. The 2017 Ford mustang earned a #1 ranking in both the 2017 Affordable Sports Cars and 2017 Affordable Convertibles category, with a favorable #3 spot in the Used Convertibles $15K to $25K category as well. It also earned a middle of the road #18 spot in the Used Sports Cars under $20K category for this model year.

The pros of the 2017 Mustang include a wide variety of engine lineup, athletic and sporty handling, and an attractive interior, while the Ford Mustang problems include poor rear visibility and a lack of spacious rear seats. The Car US News Scorecard gave the Mustang a ranking of 8.4 out of 10, with the critics' rating being 9.3, the performance 8.8, the interior 7.9, the total cost of ownership earning 8.1, the safety coming to a very respectable 9.7, and the reliability form JD Power ranking coming to 35 out of 5 stars, showing how Ford fixed many of the Ford Mustang problems.

The pros of the 2018 Mustang include a punchy acceleration, agile and easy to use handling, and high safety scores, while the Ford Mustang problems feature cramped rear seats and a lower than average reliability rating.

The Car US News Scorecard for the 2018 Mustang gave it a respectable 8.0 out of 10, with the critics’ rating being 9.4 the performance 8.8, the interior 8.0, the total cost ownership 8.0, the safety 9.7, and the JD Power reliability ranking, unfortunately, lower than last year, coming in at just 2.5 out of 5 stars.

The 2019 Ford Mustang earned very high rankings across all four of the same categories, earning #1, #2, and #3 spots in the Affordable Sports Cars and Convertible categories. The pros of this model include a high performing engine, a respectable safety score, and plenty of trunk space for the type of car. It has nimble handling and a wide variety of engines to let you choose what kind of car you need.

The Ford Mustang problems for the 2019 model include small rear seats and low miles per gallon in the city, earning just 15-21 miles per gallon. The Car US News Scorecard gave this model year an 8.3 out of 10, with the critics’ rating being 9.3, the interior 7.1, the performance 8.9, the total cost of ownership 8.3, the safety rating 9.1, and the JD Power reliability score coming to a decent 3.5 out of 5.

The 2020 Ford Mustang earned the coveted #1 spot in both the Sports Car s and Convertibles category for this model year. Along with the #1 ranking, the Car US News Scorecard gave the Mustang a very high ranking, earning an 8.8 out of10, with the critics’ rating betting 9.4, the performance 9.1, the interior 7.4, the safety 9.3, and the JD Power reliability rating giving a very high 4 out of 5.

The pros of the 2020 Mustang include a huge range of high performing engines for any need, engaging and agile handling, a quality cabin with easy to use tech features, and ample trunk space for this type of vehicle. The Ford Mustang problems include few standard amenities and cramped rear seats for passengers.