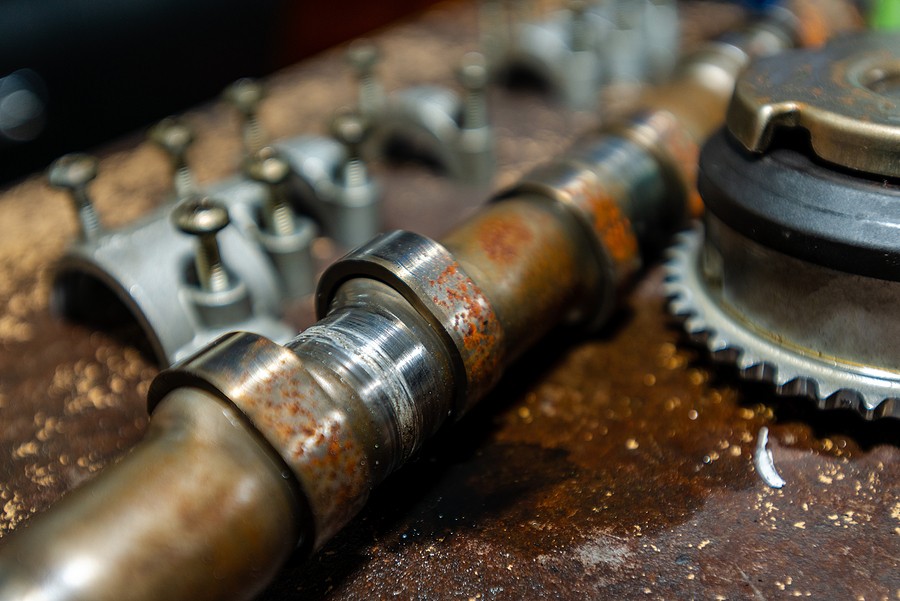 Most drivers are unaware of what a camshaft position sensor is or what it even does in their vehicle. It's not a very big part of your engine that is easy to overlook even if you are taking a look under the hood to specifically find it. That said, it plays an important part in the function of your vehicle and if it starts to go bad it can have some definite repercussions that you're going to want to avoid.

Before you get too far into it it's worth noting that the camshaft position sensor is different from a crankshaft position sensor. The crankshaft and the camshaft are similar parts of your vehicle, but they are definitely not the same. Both are connected together thanks to the timing belt and both are responsible for the functioning of your engine but they do have different functions.

If you have any interest in how your vehicle works and what's going on under the hood on a regular basis, it's worth knowing exactly what a camshaft sensor does, and especially what happens when the camshaft sensor goes bad. It also can't hurt to know what it's going to cost you to get it fixed in the event that it has gone bad on you. You don't want to walk into any repair job blind without knowing what to expect from a mechanic.

What Does a Camshaft Position Sensor Do?

As the name suggests, a camshaft position sensor is responsible for determining the precise position of your camshaft as it relates to the crankshaft. The data collected by the sensor is used by the computer in your car's engine to maintain precise function of the entire engine including fuel injection and ignition control.

The camshaft controls the position of the valves in your engine while the crankshaft controls the pistons. The camshaft position sensor lets your car's computer know when exactly the valve in a given cylinder has opened. It's able to coordinate with the crankshaft position sensor about where the piston is in the cylinder and keep things moving in time with each other in a more precise way than just relying on the timing belt.

When these two sensors work together it creates a complete map of exactly how every part of the engine is operating which in turn allows it to have the most precise control over how the engine operates as possible.

If your camshaft position sensor is not functioning the way, it's supposed to say it won't be sending the correct signals to your car's computer. This can prevent ignition from happening in your vehicle as the signals will not be telling your computer that the engine is even ready to run or that it is operating at all. When the computer doesn't think that your engine needs to be operating, it won't be sending a signal to cause a spark to continue the combustion reaction.

It's possible that as you're driving, the car will begin to jerk or surge in a rough and surprising manner if your camshaft position sensor isn't working the way it's supposed to. This is caused by the wrong amount of fuel being injected into the cylinders because the camshaft position sensor isn't transmitting the right information to your computer to let it know when to inject the fuel or how much fuel is necessary to maintain the combustion reaction and keep your engine moving.

Because the camshaft position sensor is letting the computer know when the fuel needs to be injected for the combustion reaction, if it starts to malfunction then the computer might not be able to send the signal to inject fuel at the right time. That means you could end up having some problems with the engine stalling because the fuel injectors aren't injecting fuel anymore. No fuel being burnt means your engine isn't doing anything and will essentially shut down on you while you're driving.

If you don't get fuel injected into a single-chamber you'll just get a misfire and it will affect your fuel economy and lower the performance. However, if it's a sustained problem and there's no fuel being objective at all, that means your engine will shut down while you're driving. If your car stalls while you're in the middle of the road, that could be a serious problem especially if you are on the highway or driving somewhere at a high rate of speed when it happens.

It's possible that the camshaft position sensor can have an effect on the way your transmission operates as well. The vehicle’s transmission may lock keeping you in the gear that you're stuck in when it happens. A potential quick fix for this is to turn off the engine and then restart it later, but this is obviously not the kind of thing you want to keep doing all the time. You can also imagine how problematic it would be to get stuck in first or second gear as you're trying to drive down the highway without being able to switch gears to keep Pace with the rest of traffic.

If your fuel injectors are still getting a signal to provide fuel for the combustion reaction but they aren't getting the correct signals, you could end up with some severely reduced performance as a result. It's possible that your acceleration will be gutted if your camshaft position sensor is operating poorly enough and accelerating even to the pace of the rest of traffic will be nearly impossible.

Poor acceleration is definitely a safety concern if it happens when you are driving in traffic and you're no longer able to keep up. If this happens on the highway the risk of a crash increases greatly.

As we mentioned, because the camshaft position sensor can affect the signals that the fuel injection system gets for when and how much fuel needs to be used, it's possible that you'll end up injecting fuel into the chamber at the wrong time so that it doesn't get burned at all, or too much fuel is being used. Both of these will end up costing you more money at the gas pumps overall. The longer this is allowed to continue, the worse the problem is going to get and the more money you're going to have to pay out-of-pocket for a waste of gas.

Arguably the most frustrating warning that you can get in your vehicle is a check engine light. Unfortunately there are literally hundreds of reasons that the check engine light can show up on your dashboard so by itself it's not very effective in letting you know what the problem is. If you experience this with some of the other symptoms, we mentioned however then it's a good chance that your camshaft position sensor is to blame and you should definitely check there first.

Since the check engine light is often too vague to help you figure out what's going on, your options are pretty limited when you see it pop up. You can head to the mechanic right away to see what they have to say, or you could always use an OBD2 scanner on your own to help narrow down the issue. An OBD2 scanner, or an on-board diagnostic scanner tool, is what mechanics use to diagnose the warning lights that come up on your dashboard. You can buy them yourself on a site like Amazon for as little as $30. When you use it, it will give you a specific code for the problem that causes the check engine light to come on in the first place, often with a little text message that lets you know precisely what part of the engine is having an issue.

What Does it Cost to Replace a Camshaft Position Sensor?

If your camshaft position sensor is definitely the cause of these problems and you're going to want to either head to a mechanic to get it replaced, or handle it on your own by buying the parts and replacing it yourself.

Finding a camshaft position sensor under your hood takes a little bit of effort as well. It's a very small item and there's no standard position for them in most vehicles. Some of them are hidden away under other parts well some of them are out in the open and easy to access. That's why labor costs can vary so much when you take them to the mechanic.

In terms of DIY jobs, you'll need to check your owner's manual to find out where your camshaft position sensor is located or Google it and see if you can find a description online so you know exactly where you have to look.

The good thing about replacing a camshaft position sensor is that the hardest part is actually finding it under the hood. Once you do know where it is it's definitely a beginner level repair that doesn't take a lot of effort at all to get done. If you know how to change an oil filter or a tire, then you should have no problem changing the camshaft position sensor in your vehicle.

As with any repair job it never hurts to look up a video ahead of time so you can see exactly what needs to be done. You can find some on YouTube that show you exactly how to replace the camshaft position sensor so there won't be any surprises or difficulty in getting the job done when you try it yourself. Seeing a licensed mechanic with many years experience get the job done right before your eyes is always helpful and will ensure that if you have any roadblocks along the way, you can refer back to the video and see exactly what needs to be done.

As we said, it's possible to get a new camshaft sensor as cheap as about $20 so you can save yourself quite a bit of money by performing the repair job on your own. Just make sure you know exactly what you're doing and refer back to a guide or a video if you're ever not 100% confident in what's happening.

When your camshaft position sensor goes bad it can cause some serious problems in your vehicle. There is the potential for a lot of inconvenience, and even accidents if your camshaft sensor goes bad when you're in the middle of a drive on the highway. You definitely don't want to risk letting this go for too long if you know there's a problem. If you're seeing any of these symptoms, check the camshaft position sensor and either get a mechanic to repair it or replace it on your own.