What Happens When My Timing Belt Breaks While Driving? – Here’s What You Need To Know 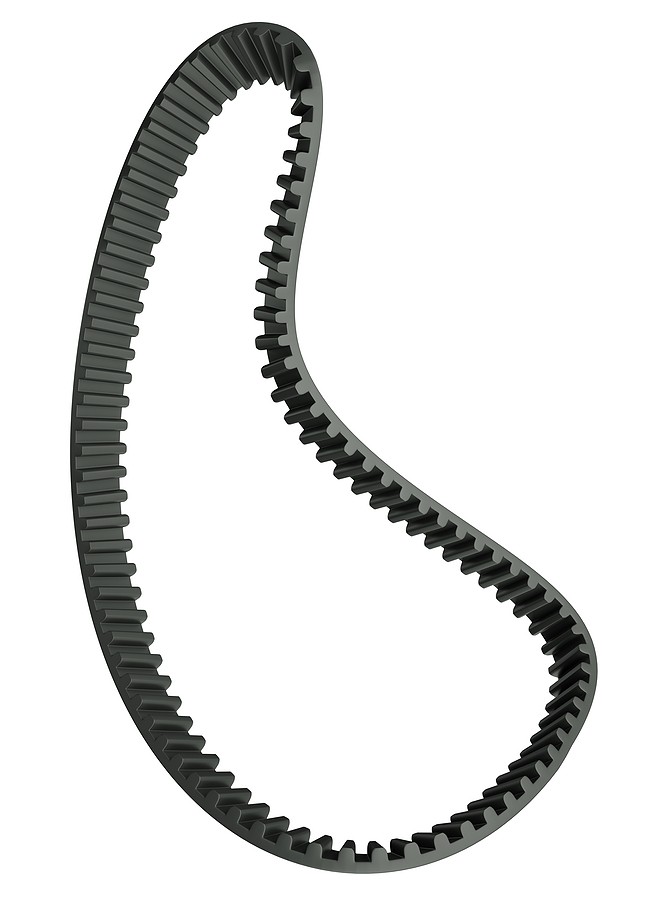 The timing belt is one of the most important parts of your entire engine though not every driver is even aware of what it does or where to find it. While it looks like a very simple piece of technology, and really it is, the job it does is integral to the operation of your entire car. You cannot drive a car if the timing belt is broken, it’s as simple as that.

The timing belt looks just like a rubber belt with teeth on the inside. It's actually made of a composite material, possibly rubber but with other materials and generally with something like nylon threads embedded to improve the strength and durability. Regardless of the material, the job is to ensure that your crankshaft and camshaft are working in sync with one another. The belt connects gears at the end of both the crankshaft and a camshaft so that as the name suggests they work in time with one another.

When the crankshaft and the camshaft are perfectly in sync with one another, then the crankshaft is able to raise and lower the pistons, while the camshaft opens and closes the valves. This allows the combustion reaction to happen at the precise right time and power the vehicle. As problems arise with the timing belt, you risk this  precision timing failing. If that happens, your valves may not open at the exact right time, the air and fuel mixture may not the ignited at the exact right time, and you can suffer misfires, loss of performance, and other serious issues.

The most common thing that's going to happen if your timing belt fails while you're driving is that the valves are going to get bent. There's also potential for a cylinder head and camshaft damage as well, and you could end up the damage to the cylinder walls, the Pistons, and more.

Since the valves in your engine are the most likely to get damaged when your timing belt fails, it's worth knowing what you can be looking at in terms of repair causes this happens. On average, the cost of repairing so damaged valves in your engine will be somewhere between $900 and $2,000. The make, model, and year of your vehicle will heavily determine which end of the spectrum you're on in terms of this particular repair bill.

If the pistons are damaged in your engine, you're also looking at a fairly steep repair bill to fix it. Replacing the piston rings in a car can cost anywhere from $1,000 to $3,000.

If the camshaft of your vehicle suffered some damage as a result of your timing belt failing, then you can expect a repair bill that's going to be around $1,500 to $3,000 to get it replaced.

It's also possible that if your timing belt were to snap while you're driving you could have a one-in-a-million chance to suffer no damage at all just because the timing was so lucky.  this is definitely not the kind of thing you want to bet on though because it's almost completely unheard of.

While there are a number of ways that your timing belt can fail, if your timing belt breaks while you're driving your car it could be extremely dangerous and destructive for you depending on exactly what transpires. It's worth noting that there is no grace period when it comes to a broken timing belt. The damage it causes is absolutely immediate and once the belt breaks there is nothing you can do to prevent it. It will happen in that moment no matter where you are. If you're in the driveway, if you're driving down the highway, the moment your timing belt breaks the damage that's going to happen will occur right then and there. This could cause you to lose power and stall out right in the middle of a highway if that's where you are, or leave you stranded in a parking lot.

In specific, the big difference between these two types of engines is the way the valves open.  An interference engine is a 4-stroke engine that will open one or more of the valves to accommodate the piston as it rises through the cylinder. In a non-interference engine, the pistons don't go into the open valve and this difference is absolutely key to what happens when a timing belt fails.

As we said, the timing belt synchronizes the camshaft with the crankshaft. So, if you have an interference engine and the timing belt fails, the camshaft is not turning, and the valves will not open. The piston will still rise into the cylinder and then it will collide with the closed valve. This could damage the cam heads, the valves, the pistons, and essentially destroy your entire engine.

If you have a non-interference engine and the timing belt fails, because the piston never enters the valve even when it's operating normally, you are not suffering the same damage that you would with an interference engine. That doesn't mean that your engine will continue to function, because it won't, but the damage that is caused to it will be greatly reduced.

In order to prevent the serious damage that can happen when your timing belt breaks while you're driving, there are some warning signs that you can be on the lookout for a head of time to let you know you should get your timing belt replaced.

The first thing you can do is actually check your manufacturer's recommendations for when your timing belt needs to be replaced. It should be listed in your owner's manual, and typically you can expect to replace the belts between 60,000 miles and 90,000 miles.  Some manufacturers will recommend a change at about 105,000 miles, so it really is something you should look up to know for sure. These are just recommendations, but they are the results of the manufacturer's experience with their own vehicle, and they're definitely something that you should keep in mind.

The noises your car makes are always a good indication of something being wrong that you need to be aware of. The sound your car makes when it's running normally is hopefully something that you are familiar with. When something starts making a new sound, then you can look into the source of it so you can figure out what's up and do something about it.

In terms of your timing belt there is a distinct ticking noise that it might make as it starts to wear down. It's a very repetitive, fast-paced noise and it's unlike any other noise that your engine would normally make so when it starts, you should have no problem identifying it and realizing that there is an issue with your timing belt. The sound is not unlike someone spinning a roulette wheel very quickly.

Because the timing belt is responsible for maintaining that precise timing as it begins to go bad, the timing in your engine is going to be thrown off. This can manifest as serious engine misfires. Because the timing belt isn't able to keep the camshaft and the crankshaft exactly synched the way they're supposed to, you run the risk of your valve opening and closing at the wrong time, or the fuel pump injecting the fuel into the chamber when it's not ready for it anymore.

This can cause spark to happen at the wrong time, or not at all. If there is no combustion in the cylinder on one of the strokes, then you're having a serious misfire and you will lose proportional power. Continuous engine misfires can lead to damage to your engine as well as reduced performance and reduced fuel economy.

This is a problem that can stem from a number of different causes in your vehicle, but a faulty timing belt can be a contributing factor that you need to be aware of. When you're experiencing rough idling, it means that your car is vibrating and shaking as though the engine is struggling, even though you're not pushing it all. When you turn on your car and the engine starts running and you haven't even started moving yet, it will seem like the engine is having a rough time and it may shake enough that you can feel it in the cabin. This is rough idling, and it is definitely something that you want to get looked at before it becomes too big of an issue.

There's also the potential for the teeth to come off your timing belts and, since your timing belt is above the oil pan in your vehicle, the teeth can fall into it and plug the pan. When this happens, the oil is not able to circulate properly any longer, so you risk that lack of lubrication in your engine which can lead to overheating.

Even though a timing belt is a seemingly simple piece of technology, it does an extremely important job and if you push it to the limits you risk breaking it while the car is in motion. Once your timing belt breaks while you're driving there is nothing you can do to fix the problem any longer. The potential damage to your engine will be severe and very expensive. For that reason, you never want to ignore the warning signs that something is going wrong with your timing belt.

As well, you need to be aware of the manufacturer's recommended lifespan of any timing belt. If your owner's manual says your timing belt should be changed at 60,000 miles and you've made it to 80,000 miles, you're driving on borrowed time. There's a good chance that if you're already experiencing any of these signs of a bad timing belt that it's not going to last much longer for you.

If your timing belt needs to be changed, don't let it go for too long or you may end up paying dearly for it.