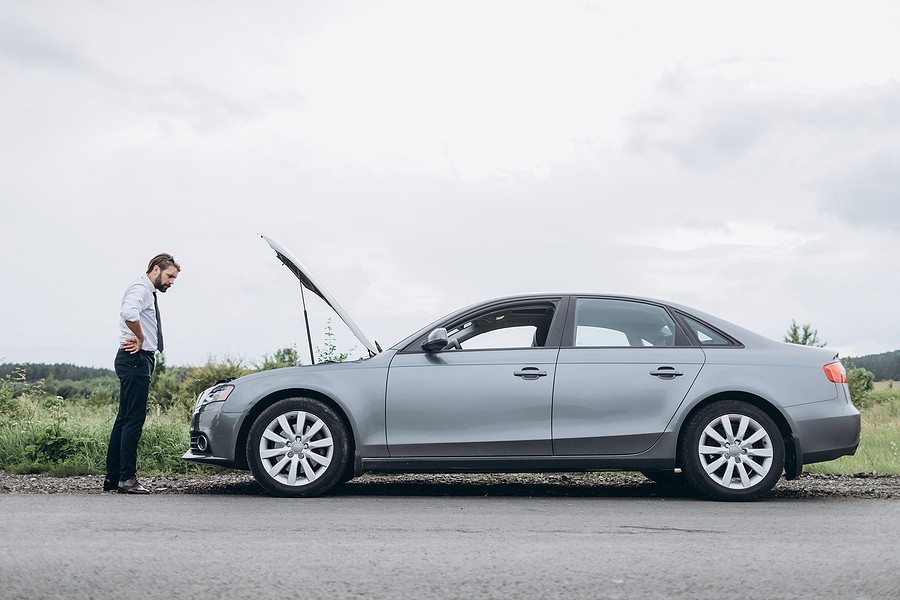 A car like any machine that is running smoothly is reassuring. Any kind of sound heard that is out of the ordinary could be disconcerting. It only means something is up and it’s best to further investigate. Fortunately, the kind of noise and its source could provide a clue as to what specifically could be wrong with your car.

Here are the most common car noise irregularities and what it tells you about your vehicle:

This noise could mean a number of things from something as simple as dirt on the brake rotors, pads or shoes to something more serious such as worn pads or shoes. It could also mean your brake pads or shoes are nearing the end of their service life and must be replaced. You should also get your brakes checked out immediately if you hear grinding or growling as it could be a sign that the pads are so worn to the point that the metal is already touching metal. A high pitched squealing noise coming out from your tires when hitting the brake pedal also means that the brake pad indicator is rubbing up against the rotor.

Besides the fact that this noise could be very bothersome, your brakes won’t be able to work properly until you get the pads replaced. Without good brake pads driving is very dangerous. A lot of vehicular accidents are attributed to failing brakes.

The noise could also be coming from worn or loose accessory belts that drive things like your air conditioner compressor, alternator or power steering pump.  Some vehicles have multiple belts including a separate one for your air conditioning. If you hear the noise only when you turn on the air conditioning then you can be certain that there’s an issue with that specific belt.

It’s also probable that the belt doesn’t have enough tension and it needs to be adjusted or the belt tensioner is already worn. With insufficient tension the belt would slip. Another possible reason for the noise could be a misaligned water pump.

A Hissing Sound Under the hood

A hissing sound under the hood when the engine is first turned off means coolant or oil could be leaking onto the heated engine part, like the exhaust manifold. If not it could be a leaking vacuum line or the engine could be overheating.

A rhythmic clunking or tapping sound under the hood

The noise could be coming from faulty connecting rods, valves or pistons. So go get your vehicle service as soon as possible.

A Clunking sound when braking

This could mean that the brake caliper or other hardware has been damaged, improperly mounted or it could be missing.

A Grinding sound from the manual transmission when shifting

This could mean an issue with the clutch. It either requires adjustment or worse it could already be worn out. Another possible issue that could cause more concern is a bigger problem within the transmission.

A rhythmic Squeaking that also speeds up as you accelerate

If you have a rear-wheel or four-wheel drive vehicle and hear this sound the problem could be the universal joint (U-joint), which are made in pairs as components of your car’s driveshaft.

A Roaring that grows louder with acceleration

A Loud Roaring Under the Driver’s Seat

This noise indicates you have a crack or leak in the manifold of your exhaust system. The roaring is an excess engine noise that would have normally gotten silenced by the muffler. When your exhaust system becomes faulty all of the engine’s vibrations and sound waves get channeled into your car. This is a cause for concern as failure in the exhaust system means that you could have the poisonous carbon monoxide venting into the cabin. So it’s best to get it checked out immediately.

Rattling around inside the wheels

If you hear this kind of noise at low speeds that stops as you drive faster it indicates a loose lug nut inside the hubcap meaning the wheel wasn’t tightened up properly when it was replaced or removed. So take it to the nearest service mechanic the soonest.

Thumping noise from your wheels

Although your tires may not be flat it’s possible that they have ‘flat spots” on them. This typically comes as a result when a car has been left sitting in the same spot for an extended period of time. If the thumping noise persists past a few kilometers it’s best to get those tires inspected.

The first question is from where you are hearing the sound. If you are only hearing this sound inside your car while driving, the problem most likely lies with your vehicle’s weather-stripping. But if the whistling noise originates from under the hood this could mean something more serious. The constant rotation of air and cooling fluid through a car’s engine can cause small cracks in the hose, which is a crucial part of the engine’s cooling system. The whistling sound could be air coming out through those cracks.

And if you could still hear whistling even after the vehicle is turned off the problem could be the car’s radiator pressure cap. The pressure cap is designed to release the excess heat from an overheated coolant and there are times when the seal of the cap’s rubber gasket breaks causing the air to leak out and make that whistling noise.

A Popping or clicking sound when turning

If you have a front-wheel or all-wheel drive vehicle and you hear this sound when you turn a corner but it stops when you steer straight it could indicate that one or both of the constant velocity (CV) joints on the car’s front axle needs to be replaced.

The noise is produced when the CV axle shaft boot has been torn and starts leaking grease. Without grease, the components start to become dry so it starts making a clicking sound. If there’s no damage to the CV axle the grease can simply be refilled by a technician and the boot replaced. But if there’s damage the CV axle should be replaced.

If you hear unusual noises but only when turning there could be an issue with your car’s wheels. While this could be an easy fix such as correcting your tire inflation or replacing worn out tires, there are other possible causes such as an incorrect wheel balance or worn out wheel bearing.

A Flapping Noise when you run the air conditioner or blowers.

This noise could be coming from a misaligned or worn out ventilation flap. This issue affects your airflow and the sound can be bothersome but it’s not a serious cause of concern when it comes to safety.

A whining, howling or even Singing Noise

This could mean that the tiny metal balls or bearings that help parts rotate smoothly are faulty. If you got the front-wheel drive vehicle and the sound changes as you turn from left to right and vice versa it’s most likely that the problem is your front-wheel bearings. While a gradually growing howling sound signals that it’s the rear-wheel bearings. But if you have a rear-wheel drive vehicle and the whine grows as you accelerate the differential, which allows the wheels to spin at different rates as needed, could be leaking fluid.  In this case a quick repair is needed.

A Loud Groaning Yawn With the Steering Wheel

When you hear a loud groaning yawn making it sound that your vehicle just woke up from a deep slumber whenever you turn the steering wheel it means that something in your power steering system is causing some friction. When this happens the steering wheel can also feel stiff and not as responsive as you like. This indicates that your power-steering pump is about to retire.

So it’s ideal to have the power-steering system checked out immediately before the problem gets worse. When this happens you could slowly lose control over the car’s steering and further damage the rest of your power-steering system. This is a significant safety issue. Schedule a checkup with your trusted service technician as soon as you can.

A Squeaking Sound When You turn the wheel.

A Knocking sound in the engine compartment

It is said that there are benefits from using a higher-octane gasoline for your vehicle than the owner’s manual specifies but this could very well be a myth. A lower-grade fuel produces a knocking sound in the engine compartment so it is best to follow the owner’s manual requirements when it comes to the gasoline, oil and even tire air pressure.

A popping sound in the engine compartment

A clicking sound from the engine compartment

The most apparent reason for the sound is that the engine is low on oil. So check for the oil level. If that’s not the issue another issue to check for is loss of oil pressure somewhere in the system. Also check for some blockage due to crud in the system. But if it’s not an oil issue it’s more likely that the noise is a valve train issue. The valves may need to be adjusted.

A Low-pitch humming beneath the Car

If the sound changes with acceleration this could mean that the differential needs some lubricant. Other possible reasons could be a worn out universal joint, a shot wheel bearing or a failing transmission.

Sputtering after removing keys from the ignition

If your vehicle sputters or continues to run even after removing the keys from the ignition it could be the effects of “dieseling.” Dieseling comes as a result of gasoline continuing to ignite by compression alone in the cylinder without the support of the spark plug. This issue however is somewhat limited to older engines with carburetors as newer vehicles already have fuel-injected engines.

Although it’s almost near impossible to memorize all these kinds of irregular sounds and noises a faulty car could make and what they could possibly mean, getting yourself familiarized with them could at least give you an idea of what to check first. It wouldn’t hurt to know firsthand if a strange noise only calls for a specific check up on your next car maintenance schedule or if the strange noise requires your immediate action.