Serpentine Belt vs Timing Belt:  Everything You Need to Know 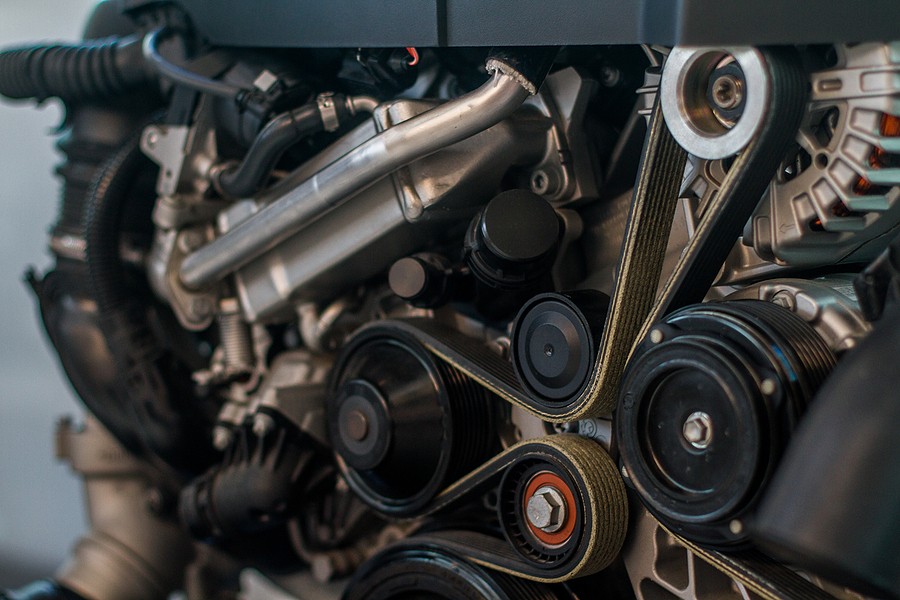 If you're not very familiar with the inner workings of an automobile it can sometimes get a little confusing when you hear a mechanic or someone else discussing things like timing belts, tension pulleys, serpentine belts and more. While it’s easy enough to get a general idea of what something like a timing belt or a serpentine belt might do based on the name, knowing the precise nature of  these parts and what they do in your engine isn't always obvious. And let's be honest, sometimes it's embarrassing or intimidating to ask questions when you feel like the answer should be simple. No one likes to expose that they don't really know something, so many of us just sit back and let a mechanic run the show and talk about all these parts in terms that are hard for the rest of us to understand.

When it comes to the belts in your car, the two most common ones you're going to hear about are the serpentine belt and the timing belt. Their function isn't overly complex, but it's good to know what each of them does, why you need to have it on your vehicle, how they can go wrong, and even how much it would cost you to get it fixed if something does happen. The first step towards being able to take care of problems in your car is understanding all the parts.

What Does a Serpentine Belt Do?

The serpentine belt in your engine gets its cool sounding name for the way it looks in your engine. If you pop the hood of your car and look inside, there's a good chance you'll see at least part of your serpentine belt. It whines around several different parts of your engine which was considered snake like and that's where the name comes from.

A properly functioning serpentine belt is absolutely integral to keep your car running. The belt is responsible for keeping several different parts of your engine running. it attaches to your engine, and loops around accessories like the alternator, the power steering pump, and the AC compressor. It may also run things like the water pump.

The belt itself gets the power to do all this because it is looped around a pulley at the end of the engine's crankshaft. As the combustion reaction in your engine takes place causing the pistons to move up and down in your valves and cylinders to open and close, that in turn causes the crankshaft of your engine to rotate. The belt is attached to the end of it and transfers its power to all of these other systems so that everything can run in unison once you’ve started your car. As you can imagine, if the belts were to break or slip off, then many parts of your car are going to fail all at the same time. For that reason, the serpentine belt is extremely important.

What Does the Timing Belt Do?

In many engines, ones called interference engines, if the timing belt breaks then the camshaft will stop but the crankshaft will keep moving. That can force the pistons to hit against the valves that are no longer opening because the camshaft isn't working. That could end up causing massive damage to your engine and result in repair bills that stretch into the many thousands of dollars. All of that is prevented when your timing belt is in good working order. So, even though in many cases it's just a simple rubber belt with teeth, it's vital for the proper functioning of your engine.

Cost of Replacing a Serpentine Belt

Replacing a serpentine belt in your engine is a fairly routine repair job. Your serpentine belt will have a lifespan on a bed of 50,000 miles. That of course depends on how you maintain your car, how hard you push it, and some other factors as well.

Getting your serpentine belt replaced is remarkably inexpensive compared to many repair jobs that your car can undergo. Typically, you're probably going to only spend between $25 and $75 to get a serpentine belt on a site like Autozone. Of course, that price will go up based on the make, model, and year of your vehicle.

The labour cost of getting your serpentine belt replaced will push the total cost up to maybe $100 to $200.

The cost of getting your timing belt replaced is much different than getting a serpentine belt replacement, unfortunately. Because a timing belt is so much harder to get to in your car, when you do have to get one replaced either because the teeth have started to come off or the belt broke entirely you're looking at a much bigger bill overall. The cost of replacing a timing belt can run anywhere from $300 to $500. This price could of course go up based on individual mechanics and also if you have a slightly rarer automobile that has a timing belt that's harder to get access to.

A timing belt itself is only going to cost you between $20 and $100 depending on the kind you need. It's the more intensive labour to actually get into the engine to remove it that costs so much.

Can you Replace Your Own Timing Belt or Serpentine Belt?

You can replace both your serpentine belt and your timing belt on your own if you are so inclined, but the job of replacing the serpentine belt is definitely much easier to you, especially if you don't have a lot of experience working under the hood of your car.

You can save yourself a lot of money by replacing your serpentine belt at home rather than taking it to the garage. If you're still not 100% clear on what to do, this video gives you a great run down.

If you do feel like you can take on the challenge, then you're definitely going to want to follow a mechanic's instructions on how to get this job done. The best bet is to check out a video like this one which can guide you through the process step by step in a way that you can follow along with. The easiest way to do a DIY car repair, especially if it's your first time, is to make use of these YouTube videos that have been produced by some very skilled mechanics who have decades of experience in the industry. These are super helpful for getting the job done because you can  see firsthand what needs to be done, and you're also able to scroll back and review any parts that you might have been on a sure of.

As we said, replacing the timing belt is definitely an advanced job though.  If you're not feeling up to the task, then definitely take it into a mechanic to get it looked at. This is an expensive job, but it's also a very complicated job. If you're not confident in your ability to get it done properly then it's best to let a mechanic do it to make sure that nothing goes wrong, and your car is working properly.

The terminology used in describing the various parts of the inner workings of your car can be a little confusing and hard to wrap your head around at times. With so many tensioners, pulleys, and belts, it can be hard to remember which one is which. But now that you know the difference between a serpentine belt and a timing belt, it'll be easier to keep in mind what you need to do when something goes wrong, and the best way to handle it when it does.

PrevPreviousWhen Should the Timing Belt Be Replaced on a Subaru Outback?
NextEverything You Need to Know About Your PT Cruiser Timing BeltNext