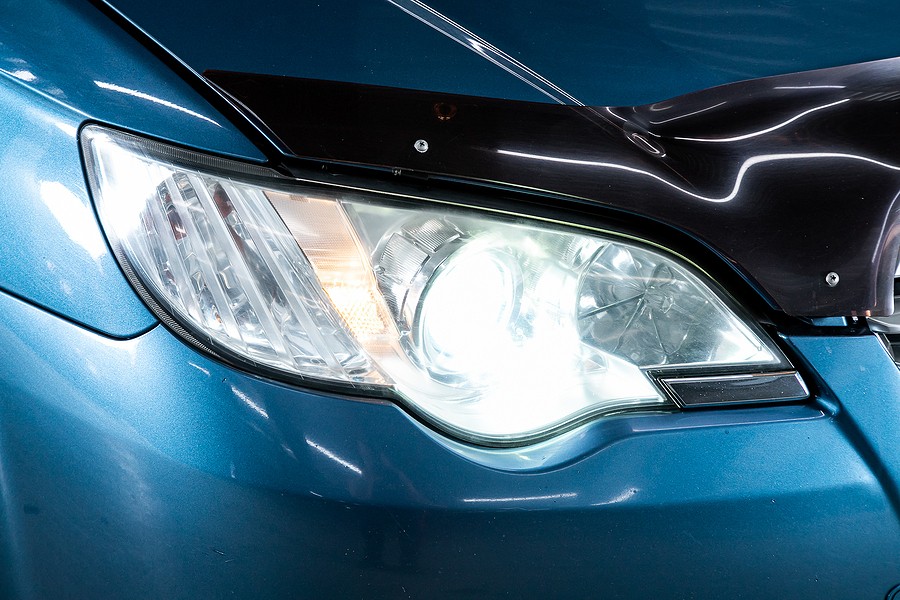 Subaru has been producing its Outback station wagon/hatchback since all the way back in 1994. The Outback actually started life as a Subaru Legacy and evolved into the Outback from there. There were some basic cosmetic changes and small changes to the design to create the Outback. The current Outback is available as the regular Outback, as well as the Outback Sport. It's been one of Subaru’s most popular models. In fact, Subaru sells about 170,000 Subaru Outbacks per year in the US. Without any vehicle sold, you can imagine that occasionally problems with the Outback do pop up. In particular, there have been some issues with the Subaru Outback’s timing belt over the years. Proper maintenance of the timing belt will ensure that your Subaru Outback runs smoothly and efficiently.

It's recommended that you change the timing belt in a Subaru Outback typically between 60,000 miles and 90,000 miles.

Depending on where you get the job done can also affect the price of your Subaru Outback timing belt replacement job pretty significantly. For instance, if you head to a dealer to get it done the price can range anywhere from $1,000 to $1,600. On the other hand, when you head to a shop to get it done, the price averages generally between $700 and $1,100.

What Does the Timing Belt Do?

The timing belt in your Subaru Outbacks engine is an integral part of the way the entire machine operates. The belt itself is a reinforced drive belt that has teeth on the inside that allows it to catch on gears. It's often called a rubber belt, although it's actually made of some reinforced fibres rather than just rubber. That's because it has to work under a lot of stress and in high temperatures, and rubber of course wouldn't do that job. Generally speaking, it's made of a substance called nitrile although there are other things that belts can be made from though.

Subaru Outbacks have what is called an interference engine. That means that the pistons will rise up into the cylinder when the valves are closed as part of how the engine operates. This also means that if your timing chain breaks or slips off, the camshaft is not turning in time with the crankshaft any longer, so the valves will be open as the piston rises into the cylinder and they make contact. This can cause severe damage to your engine as a result. That's why maintaining the timing belt in your Subaru Outbacks engine is of the utmost importance. If it breaks, the damage to your engine could end up costing you thousands of dollars in repairs.

Do Subaru Outbacks Have Problems with Their Timing Belts?

Although the Subaru Outback is a fairly popular model, it is not without its problems. There have been several model years in recent history that have proven to be problematic for many drivers.

The 2011 Subaru Outback also had a few problems we forwarded how about engine issues that related to the timing belt problems. Again, this was not a widespread issue with the Subaru Outback for this model year, just something that a handful of drivers experienced.

The 2015 Subaru Outback was probably the most problematic here for the Outback, and even that one had very few issues at all with the timing belt. By and large the Outback has been a pretty reliable vehicle at least in terms of issues related to the timing belt, so no matter what model year you choose, you're probably not going to face too many problems as long as you stick to that maintenance schedule that is required.

The benefit of course to changing your timing belt according to Subaru maintenance schedule is that, if it is done exactly on time, you do avoid a lot of problems that can stem from having a bad timing belt in your vehicle.

Symptoms of a Bad Timing Belt

If you don't replace the timing belt in your Subaru Outback on time, there are a handful of signs that can let you know you need to get the job done soon. Unfortunately, with some of these it means that damage has already been done and we'll need to be taken care of.

Lack of Oil Pressure: Because your timing belt can fall apart as it wears out, and in particular the teeth might fall off, you could suffer a problem with your oil pressure as a result of those teeth falling down into the oil pan. As the teeth collect in the oil pan, they can clog the flow, which in turn affects how loyal is circulated through the engine. That makes the oil pressure go down and can potentially cause your engine to overheat as a result. If this goes on for too long, you're looking at some potentially expensive repair bills.

Engine Misfires: When your timing belt has worn thin or is missing teeth causing it to malfunction then that can end up causing misfires in your engine. If the timing of your combustion reaction is off as a result because it's not working the way it's supposed to, then you're going to have misfires as a result. This will reduce the performance of your engine, and also end up costing you more at the gas pumps as a result.

Rough Idling: This is particularly common when the teeth have worn off of your timing belt. Because they're no longer able to grip the gears properly when it rotates, they are susceptible to tearing off and getting wedged, or jamming in the gears. That in turn means you're going to have some rough idling as a result. That causes the car to shake and vibrate even when you are just sitting still in a driveway or a parking space. This could eventually lead to problems like your engine stalling completely on you.

Ticking: One of the earliest warning signs that you'll get on a problem with the timing belt in your Subaru Outback is the sound it makes. A timing belt that isn't working properly creates a ticking noise as your engine is running. It's a very fast-paced sound and resembles something like a roulette wheel that spins fun quickly. It's very distinct from other sounds that your car makes so it should be noticeable when it happens. It's a good early warning sign that your belt is failing and needs to be replaced as soon as you can.

Oil Leaking: It's possible that you'll notice an oil leak at the front of your engine if there's a problem with your timing belt being off. The oil leaks from the timing belt cover and can potentially cause some smoking or even lead to a fire in your engine if it's allowed to accumulate too heavily. The leaking oil can also cause the timing belt to wear down even faster.

Engine Smoke:  When your timing belt is working properly, it precisely synchronizes the opening and closing of valves and cylinders in your engine. The exhaust of your vehicle is let out as part of this precisely timed process. When the timing gets off because the timing belt is not working properly, that can lead to an excess amount of smoke coming out of your tire. Generally speaking, this will be white smoke rather than black smoke or blue smoke which can indicate that you have a problem with burning oil.

Damage to Your Pistons and Valves: If the timing belt were to come completely off the camshaft and crankshaft then, as we mentioned, there is some severe damage that will have her as a result. Because your Subaru Outback has an interference engine, the crankshaft is going to keep moving even though the camshaft is no longer in sync with it. As a result of that, the pistons will hit the valves and can lead to some serious damage, warps metal, and so on. The cost of repairing that can end up costing you $3,000 or more.

The Subaru Outback is a fairly reliable vehicle and it's been one of Subaru's best-selling models for many years now. As we mentioned, there have been a few years where some drivers have had problems with the timing belt on a Subaru Outback but it's never been a consistent issue with a vehicle and it's not something you should be overly concerned about.

Although some model years have had issues, the timing belt is not one that has been a serious concern for most drivers. You just need to keep in mind that when Subaru lays out the timing for replacing a timing belt, with the recommendation that it be done at 60,000 to 90,000 miles, this recommendation needs to be followed to the letter. And, as we've seen with the 2008 Subaru Outback, it may only last to the bare minimum according to their timing schedule.

Still, you can't fault the timing belts for wearing out on a Subaru Outback and it happens actually within the range of time that they give you for such a thing to happen. That just reinforces the fact that Subaru is correct in giving you that range of mileage to go by, and it should be adhered to as strictly as possible as part of your routine car maintenance. So long as you change your timing belt when you need to, your Subaru Outback should be a pretty reliable vehicle in terms of how the engine runs and should keep you happy on the road overall.