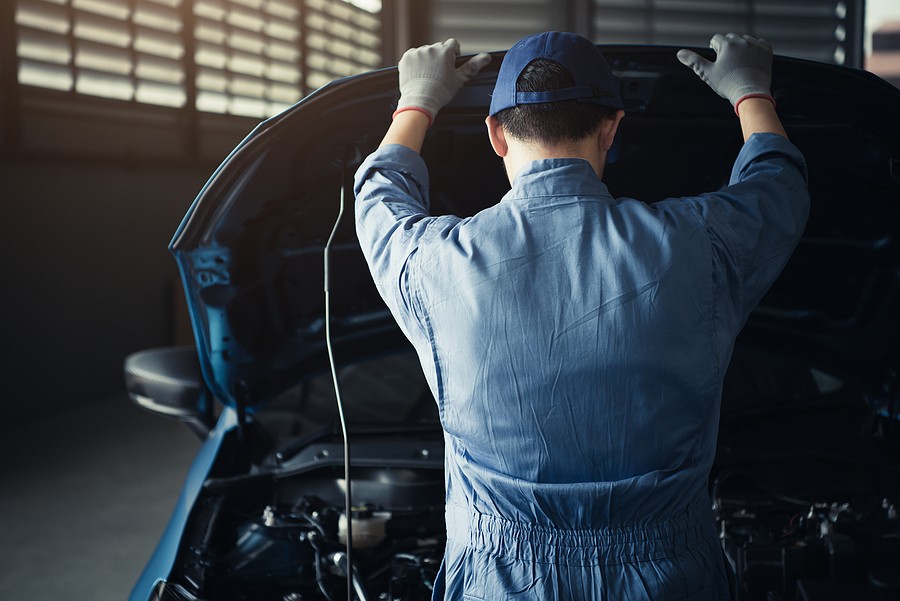 Chrysler made the PT Cruiser for a 10 year period of time between 2000 and 2010.The vehicle was quite noteworthy when it first hit the roads for its distinct appearance which some drivers really took a shine to it while others felt it was visually unappealing. Regardless of the aesthetics of the vehicle, it did make a splash during its lifetime on the road. By the end of the PT Cruisers production run there were over 1.35 million of them on the roads.

There were a number of concerns with the PT Cruiser over the life of the vehicle, chiefly relating to safety issues. For instance, it was the only small car produced at the time they didn't have electronic stability control. It also fared very poorly and crash test ratings from the national highway traffic safety administration in the Insurance Institute for Highway Safety.

2001 was one of the most problematic years with the PT Cruiser. This model year was subject to 7 recalls relating to things like the power steering, hose assembly, ball joint assemblies, fuel supply lines, and so on.

In terms of engine issues there were several reports from drivers who experienced their timing belt breaking. It wasn't the most prevalent issue with this model year, but it was definitely something that popped up for more than one driver.

In 2002 there were also some issues with the engine in the PT Cruiser that related to timing belt problems. It was not an overarching problem that a lot of drivers experienced, but some did have problems with the belt breaking sooner than it should have.

There were a number of problems in 2003 with timing belts failing on drivers. One of the big issues with this was that the check engine light would not necessarily come on to let you even know there was a problem with the timing belt. And again, this issue happens well in advance of wearing the owner's manual recommended changing the timing belt, making it that much more frustrating.

In 2004 the same issues appeared with timing belts for some drivers. It was not a pervasive issue by any means by the did pop up for a number of drivers in much the same way as the problem had appeared in years prior.

Engine problems were the main issue with the 2005 PT Cruiser, and some of those were linked to issues with the timing belt, but not that many of them.

Some drivers had serious issues with their timing belt on a 2006 model of the PT Cruiser. At least one driver reported the timing belt breaking and damaging the dual cam heads in their vehicle. This is not a widespread issue across the entire model year, but those drivers who were affected suffered some pretty severe damage as a result.

In 2007 there were some serious problems reported with the timing belt in the PT Cruiser for some drivers. One driver reported the timing belt breaking and damaging the valves after about 82,000 miles. The repair bill for them ended up costing around $3,000.

There were no serious issues reported with the timing belt for the 2008 PT Cruiser, and although the model year had a few problems, overall, it was not that bad.

2009 was also a relatively problem-free year for the PT Cruiser as far as timing belts go. Well it did have some issues for a few drivers, nothing specific was related to the timing belt so if that's an area of concern for you, the 2009 PT Cruiser is it one that you need to worry about too much.

2010 was arguably the best model year across the board for the PT Cruiser. There were no major issues reported for anything really, and in particular the timing belt didn't stand out as a problem before anyone. If you're in the market for an older PT Cruiser the 2010 model has a lot going for it. It would be the newest model of the year that you can get, and it had the fewest amount of problems for the entire Vehicles run.

What Does the Timing Belt on a PT Cruiser Do?

The timing belt is a crucial part of how your engine functions by sinking the rotation of the crankshaft with the camshaft. The crankshaft allows the pistons to raise and lower while the camshaft is responsible for the valves and the cylinders. Everything has to move in perfectly synchronized time otherwise you can cause severe damage to your engine. When the timing belt fails, and particular if it breaks, the camshaft will stop rotating but the crankshaft will continue to move. This can cause damage to the cam heads, the pistons, and other parts of your engine and end up costing you several thousand dollars to repair. That's why making sure that your timing belt is in good working order is such an important job.

The Cost of Repairing Your PT Cruiser Timing Belt

The cost of getting a timing belt replaced in your PT Cruiser is between $800 and $1,000 on average. The majority of that expense is labour cost because repairing a timing belt is one of the more complex jobs that you're going to have to get done on your vehicle. The timing belt is not that easy to access and take some effort to get down into.

The cost for just a timing belt for the PT Cruiser by itself is around $150 to $200 on average. The chief concern here is that it can be hard to find parts for a PT Cruiser since the vehicle hasn't been in production for a decade at this point. So, getting the proper size parts can be a chore sometimes. You can find replacement parts for the PT Cruiser on a site like advanceautoparts.com however.

When your timing belt goes wrong there are a handful of things you could be on the lookout for her to let you know that you have a problem.

Engine Misfires:  One of the big problems with a timing belt going wrong is that it can end up causing your engine to misfire. This is because the precision timing that the belt is meant to control is no longer happening exactly as it should. It can interrupt the combustion reaction in your engine and either cause it to happen too early, too late or not at all. When that happens, you're going to get an engine misfire. If you get a misfire in one of the cylinders of your vehicle it's going to be proportionally exactly performance overall. So, in a 4-cylinder PT Cruiser, you're losing 25% of your power on that misfire. If this happens long enough, we can get some serious damage to the engine.

Rough Idling: If the teeth on the inside of your timing belt begin to wear off and break, they can get stuck in the gears and cause vibrations and shaking even when your car is just sitting with the engine running. This is known as rough idling and can lead to more extensive problems down the road including engine stalls.

Noises: The sounds that your engine makes are important to get to know so that you can understand when something is out of alignment. When your timing belt is gone off, you'll notice a ticking sound from your engine that seems out of place. It's usually very fast paced, kind of like the sound a roulette wheel makes when it's spinning. If you hear that sound, you know that there's a problem with your time email that you need to get checked out.

Engine Smoke: If the timing of your engine is off due to an issue with the timing belt, then the way air and exhaust is let in and out of the valves of your engine will also be affected. I can end up causing smoke to build up and get vented in a notice of away. Generally, this will be white smoke, which can be hard to identify if it's cold outside because it may look like steam. However, if you're seeing white to light grey smoke more abundantly than usual during warmer weather than there's a good chance your timing belt is having a problem.

Lack of Oil Pressure: If the teeth from your timing belt have broken off, they may not fall to the ground rather they could get caught in the oil pan beneath your car. In the oil pan they can clog the flow of oil that's prevented from properly circulating around your car. If that happens, you risk problems like your engine overheating in addition to the poor oil pressure.

What About Damage to the Pistons and Valves?

Normally, in many vehicles If your timing belt has slipped right off, then your camshaft and crankshaft will no longer work in synchronization.  This can cause some serious damage as the pistons will hit the valves because they're movement is no longer in sync and that can end up costing you thousands of dollars in repairs for a damaged engine. That's what happens in something called an interference engine which many vehicles have. However, Chrysler made the PT Cruiser with a non-interference type of engine. That means that if the timing belt were to come off completely, the pistons would not be hitting the valves in the same way.

Unfortunately, there's still a chance that the valves at the top of the camshaft could hit each other if you have a problem with your timing belt. Still, the damage will be less severe than the alternative in an interference engine.

Since this kind of severe engine damage is the biggest concern that many drivers have with timing belt failure, it's worth knowing that it's not something that a PT Cruiser would be susceptible to.

Can I Replace the Timing Belt in My Own PT Cruiser?

When it comes to timing belt replacements, there's a reason that mechanics charge so much to get the job done. This is a fairly complicated repair job and does take a fair degree of confidence and knowledge in auto repair to get done. That said, if you are confident in your abilities, or you want to take on the challenge yourself there are some handy guides that you can look to you on the internet that will  walk you through the process step by step so that you can get it done properly.

Videos like this one show you the process of getting the job done fairly clearly, and as a bonus it's explicitly for PT Cruiser so you don't have to worry about adapting to an engine layout from a different car from a kind of general walkthrough video.

Because this process is so complicated, and because the PT Cruiser is a much older vehicle at this point, there are advantages to either choosing to do it yourself or to taking it to a mechanic to get done. it really depends on your level of comfort, and how much money you want to invest in getting this job done.

The PT Cruiser did have a few issues over its lifespan with the way the timing belt works, but not in any significant amount that should make you nervous about how it's going to perform in your vehicle. The main thing you need to worry about at this point is that, since PT Cruisers are all at the very least 10 years old, the lifespan of the timing belt in it is something you need to be aware of. For most of these vehicles if the timing belt hasn't been replaced already, it definitely needs to be replaced fairly soon before it starts to fail.