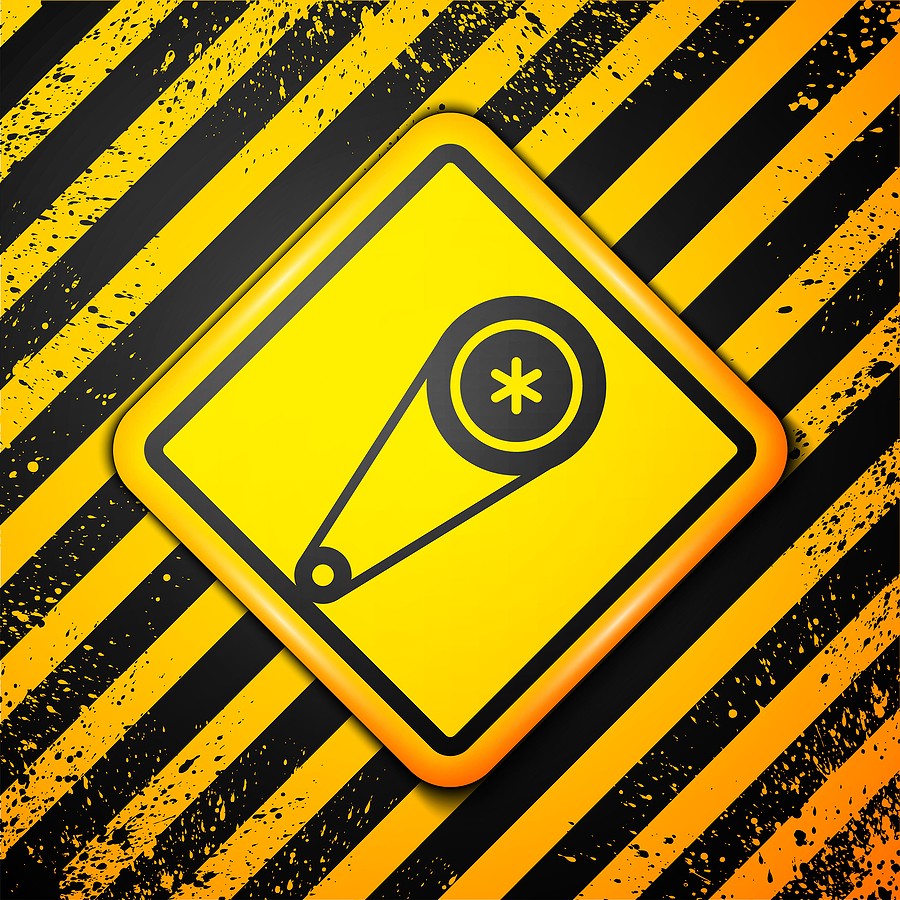 One of the parts that many drivers forget they need to have replaced on a regular basis is the timing belt. Your timing belt is designed to last about 60,000 miles to 90,000 miles. This very much depends on the make and model of your vehicle. If you check your owner's manual it will let you know for sure. Some timing belts might last as long as 110,000 miles to 120,000 miles.

The timing belt is a drive belt that many people will simply call a rubber belt, but they are usually a composite material reinforced with nylon threads in order to make it more durable and long-lasting. Still, it's under stress constantly and it operates in a high heat environment so there's no way it could last forever.

When operating properly, the timing belt connects a gear at the end of your camshaft to your crankshaft in the engine. As it rotates, it keeps these two parts of your engine in perfectly synchronized operating order. As the crankshaft turns and the pistons pump up and down, the camshaft will turn in time to open and close the valves in the cylinders. This reaction happens extremely quickly and as the valves open and close, the pistons go up and down, the combustion reaction occurs in the cylinders and powers your entire vehicle.

It's called the timing belt because it maintains the timing of this whole system. Everything happens at the exact right moment to ensure the optimal function of your vehicle. If your timing belt starts to go off, the whole system falls apart and your engine will start performing poorly or it will fail entirely. So, even though it's just a simple belt, without it your car simply won't work. Worse, when it goes wrong, it could end up causing massive damage to your engine.

If your timing belt breaks or slips off while your car is in motion, the camshaft and the crankshaft will no longer be synced. If you have what is referred to as an interference engine that means the camshaft will stop working but the crankshaft will continue to turn. The pistons will rise even though the valves are not open, and they will collide. This can warp the pistons or the valves and essentially destroy your engine. A repair job for a problem like this could be well over $4,000 depending on the make, model, and year of your vehicle. As you can see, this is a serious issue that you're going to want to avoid at all costs.

In order to prevent this problem from happening, you need to know the warning signs that there's a problem with your timing belt in the first place. Luckily, before a timing belt breaks entirely there are often signs you can be on the lookout for. Some of these are indicative of other problems as well but if you notice any of these it's a good sign you're going to need to have a mechanic to take a look under the hood to make sure your timing belt is still okay, or if not to replace it before things get worse.

Even though your timing belt is meant to last for at least 60,000 miles, sometimes things happen, or you could be in that. Between about 60,000 miles and 90,000 miles when your belt might still be good, and it might not still be good. If you notice any of these signs in your car, then you should probably get yourself to a mechanic so they can take a look and see if your belt needs to be replaced.

When it starts to fail, your timing belt may start producing a repetitive clicking or ticking sound. Your timing belt runs through a system of pulleys to operate the camshaft and the crankshaft, and the teeth on the inside are meant to grip and move smoothly. When things start to go wrong, you'll start noticing this clicking or ticking sound coming from the engine that wasn't there before. It's not unlike the sound a roulette wheel might make when someone is spinning it quickly. Remember, your engine moves very quickly so the sound keeps pace with the timing of your engine, but it is definitely a sound that will be distinct when you hear it.

In addition to the ticking sound, you may notice an intermittent squealing noise. While the ticking sound will likely be constant, the squealing may only happen as you are accelerating, and it might only happen when you're breaking. It could even happen while you're idling. There are other causes for a sound like this, but a worn-out belt that's on the verge of snapping can definitely make this sound as well.

Obviously, there can be any number of reasons that your car won't start normally. If your battery is dead or you're out of gas your engine won't start either. In this case however, a broken timing belt will ensure that your engine is not able to turn over. Your starter motor will engage and you'll hear that as you try to start the car, but because the timing belt is not present your engine will simply not be able to turn over as normal and start your vehicle. This would be somewhat of an unusual symptom for the belt to break will that you haven't noticed something earlier, however.

You can consider yourself lucky if your timing belt breaks in this fashion however because if it breaks while you're actually driving it the situation could be much worse. In a case like that you're likely to have some serious damage to various parts in your vehicle from the cylinder heads to the crankshaft bearings to the water pump and more.

When your timing belt is wearing out and not functioning properly, that throws the timing of your engine off. Seems reasonable given the name of the belt, right? Since your timing belt is meant to maintain the function of your engine's timing, when it slips then you might have valves opening at the wrong time and the combustion reaction is no longer able to occur at precisely when you want it to. If the timing is bad enough then you're going to have engine misfires, which means that the combustion reaction didn't happen at all at the moment it was supposed to. In a 4-cylinder engine, that will drop the overall power of your engine by 1/4 or 25%. That's a pretty significant drop in power and one you'll definitely notice. This can continue to happen as your engine misfires. If it happens in 2 cylinders, then you're dropping 50% power and so on.

In addition to a simple oil leak, there's also potential for a bad timing belt to ruin your oil pressure. The timing belt is located above the oil pan in your engine. If those little rubber teeth on the inside of the belt start to break off their going to collect in the oil pan below. Over time as the oil continues to filter it can draw those teeth together and clog up the oil pan which will in turn reduce the oil pressure. Again, this can lead to some serious problems such as your engine overheating due to the lack of oil circulating through it to keep it lubricated.

Because the timing belt affects the overall performance of your engine, it's possible depending on how your car's computer works that the performance issues will cause the check engine light to go off to alert you to a problem. Likely you'll have some of these other symptoms as well to help you narrow the problem down to your timing belt so you're not just grasping at straws.

When in doubt, when the check engine light goes on your dashboard the best thing you can do is check it with an onboard diagnostic scanning tool, or an OBD2 scanner. These are the tools that mechanics use to check the warnings that come up on your car and you can buy one yourself for a fairly low price on a site like amazon.com if you really have an interest in keeping up with what's going on inside your vehicle. Some models of OBD2 scanners can cost hundreds of dollars, but there are also ones that are as cheap as about $30 or $40. You can decide if it's worth the investment to get a little more insight into how your car operates.

The Cost of Repairing a Bad Timing Belt

If there is a problem with your timing belt, then you're going to want to get it repaired as soon as you can. Of course, you're supposed to get your timing belt changed every 60,000 miles to 90,000 miles as we said, depending on what your owner's manual says. It's a routine maintenance thing to ensure your car runs as smoothly as it can for as long as it can. Unfortunately, it also comes with a pretty steep price tag.

Getting your timing belt replaced will run you anywhere from $500 to as much as $2,000 depending on the make and model of your vehicle. That steep price tag is because it can be a very involved repair job. It's going to take a mechanic about three or four hours to get done, and they do need to get pretty deep in the engine to make it happen. Not to mention the fact that the timing belt itself is going to cost anywhere from $100 to $300 just for the parts.

Water pumps are changed with timing belts so often that you'll notice if you go to a site like AutoZone to look for a timing belt that they're often sold in kits with water pumps just to make it easier. So if your mechanic recommends changing your water pump at the same time as you get the timing belt changed, just know that they're not trying to rip you off in order to perform work that you don't need done. This is a standard thing that happens quite often and it will actually save you a lot of money in the long run because if you need to just get your water pump replaced, you're going through another 4-Hour repair job that's going to cost hundreds of dollars.

You definitely want to stay on top of timing belt maintenance as best as you can. When you notice any of these symptoms of a bad timing belt, you’ll want to get it checked out before the problem gets even worse. If your timing belt breaks while you're driving and you end up having some serious damage caused by the pistons hitting close valves, your repair bill could end up being in the thousands of dollars.