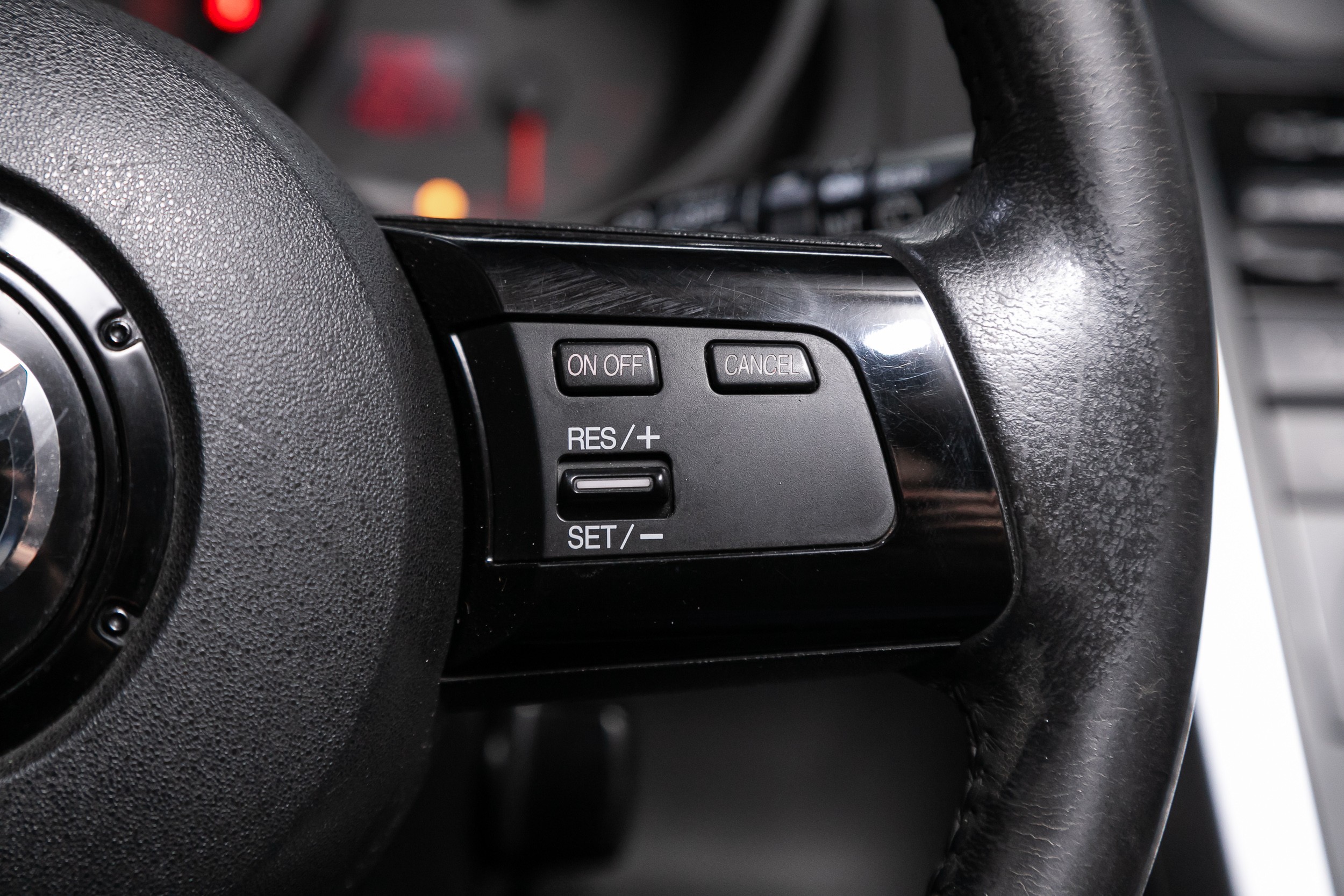 2007 Mazda CX 7 problems were reported by many owners and made it the worst model year for this company. It is not surprising that early model years receive the most complaints when it comes to mechanical issues as compared to newer models.

With this article, we aim to provide a good overview of the main problem that the current 2007 Mazda CX 7 will face. This way, they can predict the repair options, repair costs, and level of effort needed to get problems resolved. We also target current owners and provide them enough information to make a good decision about buying the 2007 Mazda CX 7 or not.

In this article, we start first with a quick overview of the 2007 Mazda CX characteristics, including the main pros. Then, we summarize the main 2007 CX 7 problems reported by owners to several complaints websites. Besides the problem, we list the suggested repair costs, repair options, and mileage at which the problem occurred. We also added a section about frequently asked questions regarding the vehicle's problem.

The 2007 Mazda CX 7 comes with a 2.3 L four-cylinder engine, associated with a six-speed automatic transmission, and provides up to 244 horsepower. The vehicle's curb weight ranges from 3,710 to 3,929 lbs.

In this section, we summarize the most reported complaints about the 2007 Mazda CX 7. These complaints are related to the engine, AC and heating system, lights, transmission, and others.

More than 20 owners reported that their 80,000 miles vehicles had issues with the timing chain. To resolve the problem, they had to change the timing chain for about $2,680.

Other owners reported that their 2007 Mazda CX 7 had significant engine problems suddenly and without previous warning signs. These problems were related to a completely failed turbo and required a full part replacement for about $2,900. Turbo problems occurred mostly at vehicles around 87,000 miles.

At least six owners mentioned that their vehicle lost the power completely due to issues with the engine. To resolve the power loss, they had to either get a new engine, throttle body, or repair the valve timing. The average repair cost was about $1,900, and the problem was mostly reported by vehicles around 107,000 miles.

Engine ticking is a very common problem with the 2007 Mazda CX 3, as reported by many 90,000 miles vehicle owners. Their engine was ticking because of a problem with the VVT actuator, and the average repair cost was about $850.

Vehicles internal computer uses the check engine light to indicate an internal vehicle's problem. However, the 2007 Mazda CX 7 has situations where the check engine light illuminates continuously without a clear reason. Most drivers were able to resolve the issue by replacing the cylinder injector circuit. While the complaints did not include information about repair options or repair costs, it mentioned that vehicles with this problem were mostly around 130,000 miles.

The second most reported problems with the 2007 Mazda CX 7 has to do with the AC and heating system. More specifically, the majority of owners indicated having issues with the compressor.

According to owners' complaints, their 75,000 miles vehicles had a sudden smoke coming out of the compressor, indicating complete compressor failure. To get the vehicle to work, they had to replace the compressor for about $790.

Several owners commonly reported lights failure for the 2007 Mazda CX 7. They indicated that their vehicle allows bugs to enter the headlights. Moreover, moisture in the headlights was reported in several complaints.

To get these problems resolved, the owners had to replace the parts. For instance, moisture getting in the headlamp was resolved by replacing the headlamp for about $400.

Fortunately, transmission problems were not reported frequently about the 2007 Mazda CX 7, which reduced the headache of dealing with transmission high repair costs.

Windows problems were not reported that often, similar to the transmission problems. A couple of complaints reported indicated power window failure. The websites did not include information about repair options or repair costs. However, it indicated that windows problems occurred at vehicles around 50,000 miles.

A couple of owners of 5,000 miles 2007 Mazda CX 7 mentioned that their vehicle leaks water from under the vehicle to inside it. Their complaints did not include any information about repair options or repair costs.

Electrical problems were rare in the 2007 Mazda CX 7. The one complaint reported indicated that the vehicle shut down on its own while driving without a clear reason or previous warning signs. Some repairs suggest replacing the sensors.

2007 Mazda CX 7 wheels and hubs problems were not reported very often. A couple of complaints indicated some premature tire wear on vehicles around 20,000 miles. The problem required about $1,000 on repair cost.

The 2007 Mazda CX 7 exhaust system can also occur as reported by several owners. The very common problem is some thick smoke coming out of the exhaust tailpipe. While the complaint did not include information about repair options or repair costs, it indicated that exhaust problems occur at vehicles around 90,000 miles.

Only one owner reported having issues with his 2007 Mazda CX 7 seat track. He indicated that the seat track got broken suddenly despite the care and the gentle use of the vehicle. the problem was resolved by replacing the seat track. This issue occurred at a vehicle around 52,000 miles.

In this section, we summarize the 2007 Mazda CX 7 reviews, as reported by their owners.

According to a review reported by motorbiscuit.com, engine issues are very concerning in the 2007 Mazda CX 7: “The biggest problem revolves around the timing chain becoming stretched. This leads to the engine becoming severely damaged, and it's not a quick or cheap fix. The valves become bent, and the entire engine has to be replaced. If you're driving a 2007 CX-7, it will cost you approximately $7,000 to fix.”

Carcomplaints.com is the home for most reported engine problems with the 2007 Mazda CX 7 owners. For instance, this owner mentiond “I just bought a mazda cx7 with 107,000 miles and sounds like a diesel. and I don't feel good driving like that because I saw many reports on the Internet that it's dangerous and is a factory mazda problem. So I wanted to get a free fix because is a mazda failure.”

Cars.com also contained many costumers reviews like “We recently traded our CX-7 in for a CX-9…needed more room. While we loved the CX-7 there seemed to be a problem pop up every 9 months or so. We knew we should not have gotten the 1st model year of a vehicle. Word of advice if you're purchasing a 2007 model. Make sure the AC unit and timing chain have been replced. It's a known failure of this model and both will eventually break down. If you don't catch it in time you could seize your engine. The good news is that Mazda will replace it prior to 60k miles. We had this done on our CX-7 a few weeks before we traded it in at no cost to us. Really fun to drive, but be aware of the issues and make sure they're all taken care of before you purchase…or buy an extended warranty.”

In this section, we answer the most frequently asked questions about the 2007 Mazda CX 7.

Mazda decided to discontinue the CX7 for two main reasons: the low number of sales, and the great success of both the CX5 and the CX9. Thus, they decided to focus on the last two models instead of investing more in the CX7.

Unfortunately, the 2007 CX 7 is not a good car due to many issues. While it is very cool to dive into this model of Mazda, the vehicle doesn't have the best engine, which provides very sluggish acceleration. This four-cylinder engine might be switched with the turbocharged. However, it will reduce the fuel economy significantly.

According to repairpal.com, the Mazda Cx 7 received a reliability score of 3.5 out of 5. If you own a 2007 Mazda CX 7, expect to pay about $470 annually on repair costs. Experts suggest that this particular vehicle has a higher potential for significant mechanical issues than normal, which raises the expected annual repair cost.

According to Kelly Bule Book, the 2007 Mazda CX 7 has a Manufacturer's Suggested Retail Price of $24,310 for the front-wheel-dive. However, the all-wheel-drive cost cant gets up to $26,010. Higher trims like the touring model can cost about $26,60, and the highest model cost is about $28,560 without including any options.

As reported by several owners to Edmunds.com, the 2007 Mazda CX 7 might start accelerating suddenly and without previous warning signs. These problems are most likely related to oxygen sensors, not reading right. Repair costs can be around $300.

The 2007 Mazda CX 7 is the worst model year for this company due to the high number of reported complaints. These complaints have to do with significant issues with the engine, AC and heating system, lights, transmission, and others.

Since most 2007 Mazda CX 7 problems are related to the engine, it is recommended to stay away from this vehicle since the problems occur at relatively shorter mileage than other vehicles.

The purpose of this article was to help current owners predict what type of problems they will be facing and what are the repair options and repair costs. This way, they can make a good decision about whether to keep or sell their vehicle. The article also helps new buyers to stay away from the 2007 Mazda CX 7 due to the high number of predicted engine problems, as suggested by several owners.