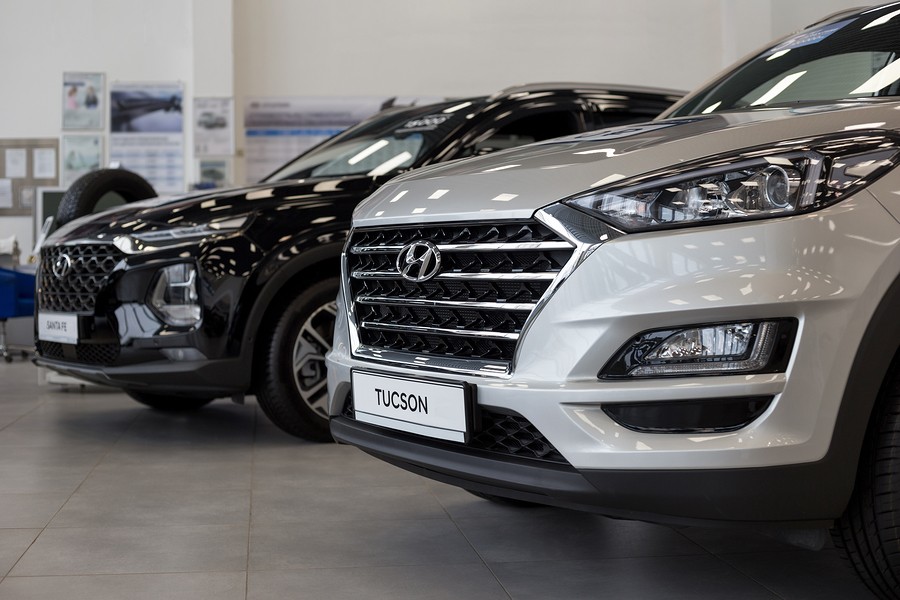 The most reliable car brands 2020 list is a result of a well-known study called U.S. Vehicle Dependability Study (VDS). This study is performed every year to rank vehicles' reliability by three-years car owners reported problems for the past 12 months. The results of this year are based on reported vehicle problems for the year 2017.

Each car gets a score based on the number of problems per 100 vehicles or PP100—the lower the score, the fewer questions, the better the ranking. Issues are based on 177 specifications that are grouped into eight categories.

we will highlight the key findings of the study and how do the results compare to last year's results. We will also highlight which manufacturers received the most segments awards and which brands improved the ranking from last year.

Finally, we will highlight the 2019/2020 brands that will probably make it to the most reliable car brands in 2023. The highest-ranked brand is the Genesis with 89 PP100. This is the first year for Genesis to be included in the study, and it climbed right to the top!

The J.D. Power study highlighted the top three models per car segment in their last press release, and here is the summary:

What are the key findings of the J.D Power U.S. Vehicle Dependability Study?

In general, the reported problems per 100 vehicles reduced by 1.5% as compared to last year's results.

Newer vehicles are equipped with very modern technology, which makes it challenging for automakers to keep up with reliability and dependability.

According to Dave Sargent, vice president of global automotive at J.D. Power: “There's no question that 3-year-old vehicles today are better built and more dependable than same-age vehicles were in previous years,” and he also added: “However, the rapid introduction of technology is putting increased pressure on dependability, so it would not be surprising to see problem levels plateau, or even increase, over the next few years.”

Some of the significant critical findings for this study included:

This slow rate is expected to be even more deliberate with the added high technology features in newer cars, as we mentioned before.

Overall, the 2020 PP100 is the best performance in the history of the study.

Smaller cars are, in general, more reliable than the SUVs and Crossover. Last year showed a big gap between smaller car's PP100 and SUVs/Crossover PP100.

With the increasing demand for SUVs in the current market (~50% of car sales are SUVs), the automakers are challenged to keep up the reliability, too, as close as regular cars.

For the first time in the history of the study, Lexus ES showed the best PP100 of 52.

Again, for the first time in the history of this study, an electric vehicle receives an award, which was for the Nissan LEAF compact car.

One of the top highlights for this study was the significant improvement in Audio/Communication/Entertainment/Navigation systems.

Although it is the highest category in car problems, the ACEN showed the most significant improvements among all groups as compared to 2019 results.

Many car brands showed significant improvements between 2019 and 2020.

Which Automakers Received the Most Segment Awards?

According to the 2020 results of the J.D. Power study, Toyota Motor Corporation was able to get six segment awards for the following vehicles:

Another featured company was the General Motors Company. They received five segment awards for their next cars:

Other studies are ongoing on more new car brands including the 2019 and 2020. Although one year of service might not be a very accurate representation of the expected reliability of the vehicle, we assume that the cars in this list are expected to make it to the most reliable car brands for the 2023 J.D. Power results.

2020 Toyota Corolla is one of the top-selling vehicles for the year. It is expected to get a high rank in the 2023 J. D. Power results due to many features, including the fantastic fuel economy and the tremendous driver-assist system.

The 2019 Mini Cooper came with two-doors or four-doors hatchback. It has three engine choices.

The 2019 Mini Cooper Clubman is known for its larger cargo space as compared to similar models in this class. It also has a nicer second row.

Some of the cons include the relatively high price of $24,900.

One thing to note is that the car has not been crashing tested yet. Therefore, the crash test results might affect ranking.

With a fully redesigned 2020 Nissan Versa, it has an impressive updated interior, excellent fuel economy, and a very smooth transmission.

The 2019 Chevrolet Cruze is the final model year for it. It comes with plentiful cargo space and a lovely interior.

2019 Toyota Prius c is the smallest hybrid model for the manufacturer.

The 2019 Toyota Prius c has ample cargo space and safety features; however, the interior is not as pleasing as the other siblings from the same brand. Another drawdown of this vehicle is the noisy sound it makes at higher speeds.

The car does not have enough crash-test results to confirm its reliability. However, it is featured for its smooth ride and ample cargo space.

The 2020 Buick Regal is considered one of the most “underperforming” vehicles for General Motors Company due to the lack of fuel economy and cheap interior.

The Toyota Camry is one of the top-selling cars in the market.

It is featured for its comfortable interior, excellent fuel economy, and a very user-friendly infotainment system.

The $33,100 2019 Kia Cadenza is featured for its magnificent interior and the long list of standard features.

The 2020 Chevrolet Impala is featured for the ample space in the cabin, trunk, and cargo. It also has a very user-friendly infotainment system.

However, it does not have an excellent fuel economy and has a reduced automatic transmission.

The 2020 Hyundai Elantra comes in two shapes: Hatchback and sedan.

It has an excellent fuel economy and a very smooth ride quality.

The Dodge Challenger is a sporty two-door car.

It has an insane horsepower of 797 with its V8 engine. Although it has many excellent features, including a user-friendly infotainment system and a large interior, it has a relatively weak fuel economy.

The 2019 sedan Toyota Yaris costs $15,600. It is featured for its great interior and adequate fuel economy. However, it has a poor horsepower of 106.

The 2019 Kia Rio has an easy-to-use infotainment system in addition to a list of safety features. However, it does not have as much technology as expected.

The least reliable car in this list is the 2020 Toyota Prius Prime.

It is featured for its excellent fuel economy with its hybrid hatchback. It can achieve up to 54 miles per gallon on city roads and highways combined.

The 2020 Toyota Prius Prime comes with high-tech features, including the smartphone connectivity and the long list of safety features.