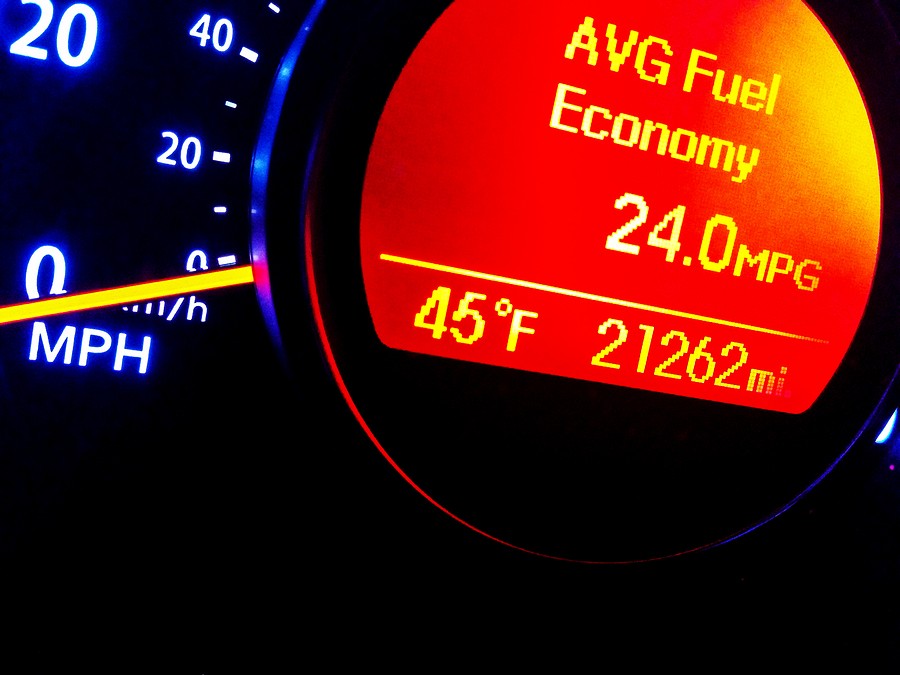 Most drivers are well aware of what MPG means in relation to their car but the term MPGe is becoming much more prevalent these days and has likely caused you to wonder “what is MPGe?” Whether you’re totally unfamiliar with the term or you’ve been shopping around for a new car and heard it but want to know more about it and what it means, we’ve got you covered!

What Does MPGe Mean?

To start, we all know that “MPG” refers to “miles per gallon.” Cars use gasoline as fuel and the efficiency of a car’s engine is measured in miles per gallon. How many miles can your car travel on one gallon of fuel. That’s pretty straightforward and it’s an easy ratio to understand. But how does MPGe factor into the equation when you're trying to understand engines that don't work the same as a fuel-burning one? Well, it doesn’t have any effect on MPG. Instead, it measures something else entirely. Despite what many people think and what you might intuit upon first seeing it, MPGe does not stand for “miles per gallon electric” although you’re in the ballpark. MPGe means “miles per gallon of gasoline-equivalent.” This is how we record the fuel efficiency of a car that doesn’t use traditional fuel at all, like electric cars. After all, if you never put gas in a car, how does that ratio work with electricity and battery power? It works with MPGe.

Where Did MPGe Come From?

The Environmental Protection Agency, seeing the proliferation of electric and alternate fuel source vehicles as a viable mode of transportation back in 2010, created the MPGe system to make it easier for everyone to understand how these vehicles worked in comparison to traditional gasoline-powered vehicles and what to expect in terms of powering up those cars compared to fueling up a traditional gasoline-powered engine. The system allows a direct comparison of fuel to cars that run on either electricity, hydrogen fuel cells, natural gas or other power sources. To be fair though, in 2020 it is far more well-known as a method of measuring energy consumption in electric vehicles as opposed to those few that run on things like hydrogen fuel cells and natural gas. While those other fuel sources are viable and they have many benefits, they’re also exceedingly rare. Most people wouldn't know where to go even if they wanted a car that runs on hydrogen fuel cells, or where they could refuel one that runs on natural gas. Fortunately, electric cars can be plugged in any place that has an electrical outlet making them doubly efficient compared to the other, more rare and hard to use fuel sources.

If you were to go look at a new electric car on a car lot today you’d see the MPGe listed right on the Monroney sticker which is legally required to be on every new vehicle sold in the US. These Monroney stickers include vital information for car buyers such as the manufacturer’s suggested retail price, crash test ratings, engine and transmission specs, standard equipment and warranty details and fuel economy figures among other things. Their purpose is to allow every buyer to be fully informed and to ensure that no one can be using deceptive practices to hide the truth and the features about any given automobile.

As an added bonus, the information the EPA provides about MPGe and fuel economy also include important information about the environmental impact of the engine as well. While that’s not related to MPGe it’s good to know how little CO2 the electric engine you’re dealing with emits when in use. You can check out examples of MPGe labels used by the EPA to see how the information is broken down and the clear way they try to demonstrate the value of the information to you as a consumer.

How is MPGe Calculated?

Miles per gallon is a pretty simple ratio to calculate for a traditional car. Put a gallon of fuel in the tank and drive until you run out. That’ll show you the miles you get for one gallon. But because the way an electric car consumes energy is so much different, the way to calculate MPGe is also significantly different and seems much more mathematically complex at first glance.

Here’s how the calculation breaks down:

One gallon of gasoline produces 115,000 BTUs (British Thermal Units) when you burn it.

An electric vehicle that can travel 100 miles using 33.7 kWh of electricity is rated at 100 MPGe. This would be the same as a gasoline-fueled car travelling 100 miles on a single gallon which obviously can’t happen. That’s why electric cars are much more fuel efficient overall.

In addition to this calculation, the EPA will also tell you what an electric car’s kWh/100mi rating is. That’s a metric to help you determine not just the efficiency of an electric vehicle like MPGe does, but the cost associated with it when you’re plugging in to charge. After all, if your electric car can travel 100 miles on that 33.7 kWh it still doesn’t tell you what it costs to drive it, right?

For a practical look at what this means, let’s look at the 2020 Tesla Model S. It has a rating of 34kWh/100 miles, which is actually not super efficient in terms of electric vehicles available today. If you figure electricity at a cost of $0.12/kWh which is the national average and the basis for most of these calculations when the EPA and auto manufacturers make them, then you can drive your Tesla 15,000 miles for a cost of $612. That’s roughly half the cost of what driving the same distance in a Toyota Camry would cost.  So if you have this car for five years, for instance, you’ll end up saving at least $3,000 over what the Camry owner spends to drive the exact same distance. Unlike MPG which you want to read as a very high number, the lower the number for kWh/100 miles the better.

These numbers are all estimates of course as both gas and electricity costs fluctuate over the course of the year and depending on what part of the country you’re located in. But for an idea of what MPGe is and how it affects your bottom line, it’s a good indicator of what to expect.

The other thing you need to factor in when you’re comparing MPGe in cars is the range. Not all electric cars have the same range and, in fact, some of them are vastly superior to others. The 2020 Tesla Roadster has an incredible range of over 600 miles. The 2019 Fiat 500e offers a paltry 84 miles. So you can see, even if the car has a 100 MPGe rating it still isn’t going to go 100 miles because it physically can’t without recharging.

Keep in mind, these numbers will never match your car exactly because of numerous factors. The price of electricity can vary from day to day even, so region to region it will also be different. How you run your car, the state of it, and the overall fitness of the engine will have an effect on this as well. But the same can be said for how an old-school combustion engine and the miles per gallon number it has work as well. The number the EPA provides is just a general guide to give you an idea of fuel consumption and efficiency.

Why are MPGe and MPG So Different?

What is it that makes an electric engine so much more efficient than a combustion engine? It’s all in the way energy is used. In a combustion engine, about 40% of the energy created by the combustion reaction causes the wheels to turn and the car to move. If you’ve ever turned on the heat full blast on a cold day or lifted the hood when your car was overheating to feel that hot air hit you in the face you have an idea of where the rest of the energy went. About 60% of that energy gets lost as heat, which makes sense because combustion means fire. That’s a pretty high ratio of loss and an overall inefficient reaction when you think about it.

Electric motors generate far less heat than combustion motors and the result is that they can be nearly 90% efficient in their ability to make the energy produced move the wheels and propel your car forward.

Do Hybrid Cars Have MPGe Ratings?

Hybrid vehicles blend a traditional combustion engine with the battery-powered motor of an electric vehicle and allow a driver to switch between the two for increased fuel economy. Thanks to the fact you need both gasoline and electricity to keep these cars on the road, they’re listed with both an MPG and an MPGe rating for you to consider when you’re shopping for cars. As you might expect, because they’re in between the two other types their ratings are also in between, offering greater fuel economy on average than a fully combustion engine but not being able to match the same values of an all-electric vehicle.

Why Do We Use MPGe?

Some people might argue that MPGe doesn't make a lot of sense if you can just as easily measure electricity use in kWh, which is how we measure our home consumption. Every electricity bill you receive includes how much power your home used that month expressed in kWh. The EPA did consider this when they first developed MPGe as a standard but discovered something curious. In focus groups, they discovered that most people did not understand how kWh expressed the amount of electricity consumed. But the familiar-sounding MPGe was a much easier concept for drivers to wrap their heads around because of its clear conceptual and visual similarity to MPG. And it’s true, many people are unfamiliar with how electricity is metered out and consumed, even though they pay for it every month. So in an effort to make it easier, the MPGe metric was introduced in a way that makes it easier to understand and figure out when car shopping and comparing.

You could (and can, if you want) measure an electric vehicle’s energy consumption in terms of kWh but for most people learning this extra bit of information is an unnecessary and potentially confusing hassle to add on to something that can already bog you down with too much information. As good as it is to be informed and educated, at the end of the day when you want to buy a car you just want to know which one is the best in simple terms.

Are There Problems with MPGe?

Some people have argued that the MPGe number is an inefficient and confusing metric to use to try to understand fuel efficiency and fuel economy. For instance, the fact that you also need that second figure of kWh/100 mi shows that it’s not entirely helpful in letting drivers know what it means to charge or fuel a non-combustion engine. Likewise, the vast difference in electric vehicle range is a huge factor when considering efficiency. Our example of a Fiat 500e shows that it doesn’t matter what your MPGe is if the range of your vehicle can't even match it.

Despite its shortcomings, MPGe is the most efficient metric we currently have to understand alternative fuel vehicles. No one number can account for range, cost, and equivalent power. Likewise, it would be very difficult to break that information down into an easy to understand figure. The great asset of using MPGe is it shows in very clear terms just how much more efficient an electric engine may be than a traditional combustion engine. When you see on paper, the comparison complete with how much money you’re going to save year over year, and most electric vehicles do break down their MPGe in this way, it’s quite powerful and persuasive to someone looking to buy a car that will be both fuel efficient and better for the environment as well.