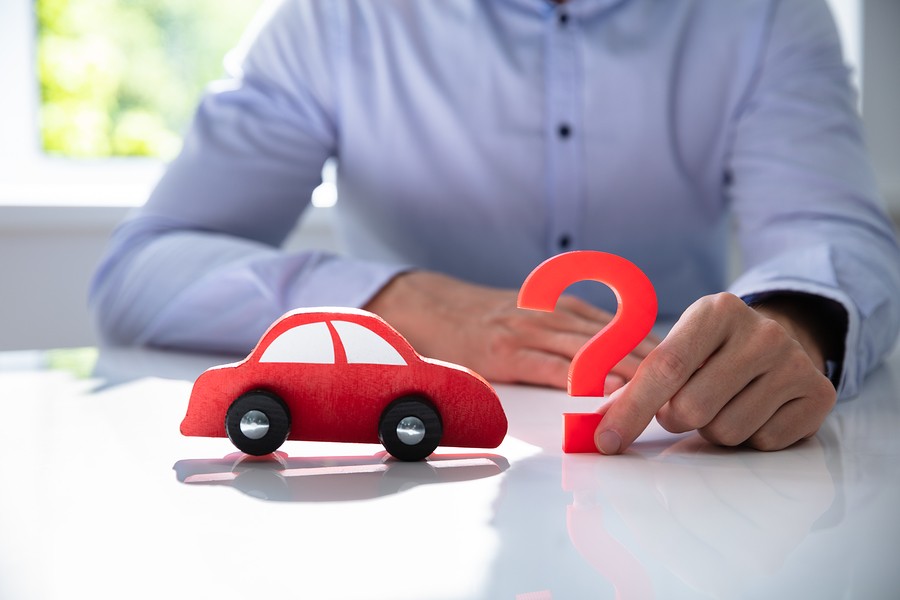 Everyday the world as we know it changes for the good ( and sometimes otherwise). Our technology continues to advance, giving us new and even more innovative technologies that make our lives easier, automobiles are far from being exempt. Almost all car brands are producing new technologies to create greener vehicles. Hybrids are becoming a common staple on the road. When they were first introduced, hybrids used to be small, slow city cars, but these days most even have better performance capabilities than the standard internal combustion engine-driven cars.

The T8 Polestar is the hybrid trim of Volvo’s XC 60 model. The Polestar, like most Volvos these days,  runs mostly on a 2-liter 4-cylinder engine. To help this tiny engine produce a maximum horsepower of 328 205 (kW), a supercharger boosts the torque at low speeds, as the T8’s speed builds up, a turbocharger is activated to give it even more boost. The rear wheels are powered additionally by an electric motor boosting this hybrid’s horsepower to 415 (309 kW) and an impressive 494 lb-ft (670 N-m) of torque. All these help the Polestar to reach 100 km/h (62 miles) in just 4.9 seconds and a limited top speed of 225 km/h (140 m/h), on electric power alone it can go up to 127 km/h (79 m/h).

Known as the X5 xDrive45e, it is the new version of the first plug-in hybrid that BMW released in 2015, the X5xDrive40e. This new X5 is equipped with the same drivetrain as the 7 series hybrid, 745e, powered by a 3.0-liter twin-turbocharged inline 6 petrol engine paired with an electric engine, which together produces a maximum horsepower of 394 (294 kW) and 443 lb-ft (587 N-m) of torque, a substantial increase compared to the previous model. This lets the new X5 reach 100 km/h (62 mph) from standstill in just 5.6 seconds.

The X5’s 24 kWh lithium-ion battery is mounted under the luggage compartment, which can get the X5 to reach a top speed of 140km/h on just electric power alone and has a range of 67 to 87 kilometers (42 to 54 miles), another considerable improvement from the 2015 X5 which only had a range of around 30 kilometers (19 miles).

The latest addition to Audi’s Q5 line up is the new Hybrid trim. It is powered by the same turbocharged 2.0 Liter In-Line 4 engine as the other trims but the hybrid is assisted by a 14.1 kWh battery-powered electric motor. Together they produce a maximum horsepower of 362 (270 kW) and 369 lb-ft (500 N-m) of torque. This lets the Q5 go from 0-100 km/h in around 5 seconds and a limited maximum speed of 200 km/h (124 miles). On electric power alone, the Q5 can reach up to 140 km/h and has a range of 30 kilometers (19 miles). This trim is also equipped with the standard Quattro all-wheel-drive system, but with  “ultimate technology” which basically directs all power to the front unless absolutely necessary which helps in the vehicle’s fuel efficiency.

The Q5 Hybrid has three additional drive modes exclusive to it. Hybrid mode customizes battery usage based on the programmed route. Battery hold limits the use of the electric motor to preserve battery charge. The last drive mode is EV mode which is the default mode and uses only the electric motor until its battery is depleted or the throttle is increased and requires the assistance of the petrol engine.

In the 2019 Frankfurt Motor Show, Lamborghini unveiled their first-ever mass-produced hybrid supercar, the Sian FKP 37, powered by a V-12 as is common on all Lamborghini supercars, but this one also has an electric motor using hybrid technology based on supercapacitors. The Sian sports the same naturally aspirated as the Aventador, it is also equipped with a 48-volt system which is directed at the rear wheels. This incarnation of the iconic engine is more powerful after some of the internal upgrades done by Lamborghini. It now produces a maximum horsepower of 774 (577 kW), with the additional 34 horses from the electric engine, it produces a total horsepower of 808, making it the most powerful version of this V12.

Unlike most recent models of Lamborghini which are designed based on their predecessors, the SIan was designed from scratch, though it is inspired by the legendary Countach, it was created using a new design language. On the inside though, it's a fancier version of the current Aventador.

What makes the Sian more impressive is all the technology that has been put into it. It has a state-of-the-art recuperating system that recharges the supercapacitor it is equipped with instead of the usual lithium-ion battery.

“Stradale” which means “for the road” shares the same name as the Formula One car created by Ferrari to compete in the 2019 season, which Stands for Scuderia Ferrari 90, which stands for the 90th anniversary of the Ferrari racing team. It is powered by an evolved version of the twin-turbocharged V8 found on the 488 which has an increased capacity of 4.0 L and now produces 769 horsepower (573 kW) and three electric motors (two of which are installed on each front wheel to provide torque vectoring) which ups its output to 986 (735 kW) and 590 lb-ft (800 N-m) of torque.

Design-wise, the Stradale is focused on downforce, the main feature of this is the twin part ring wing of the same application as the Drag Reduction System (DRS) used in Formula One. I can produce 390 kg of downforce at speeds of around 250 km/h (155 m/h). The fixed element of the wing holds the taillights, while the movable parts are incorporated in the body. At the front, an upgraded version of Ferrari’s vortex generator is mounted. It also employs a cab-forward design to maximize its aerodynamic capabilities and also allows space for the advanced cooling system required for the hybrid system.

The Spyder is the successor of the Porsche Carrera GT, first introduced as a concept 10 years ago, it is still one of the best hybrid supercars to date. Powered by a naturally aspirated 4.6L V8 producing 599 horsepower (447 kW), assisted by two electric motors that together can produce an additional 282 hp (210 kW) giving the Spyder a total maximum horsepower of 875 (652 wK) and 944 lb-ft (1280 N-m) of torque. The 6.8 kWh lithium-ion powered motors can drive the Spyder for 29 km (18 miles) on just electric power alone. This hybrid supercar offers different driving modes. Three of these modes are centered on the hybrid system. On E-drive the Spyder runs exclusively on electric motors, giving it a range of 29 km (18 miles). In hybrid mode, the car automatically switched between the combustion engine and electric motors to provide the most efficient drive. Why Hybrid mode focuses on efficiency, Race mode provides more power by using both engine and motors to give the best performance.

The Model S is a five-door liftback sedan with an all-electric drivetrain. Its Long Range Plus trim boasts an EPA range of 630 km (391 miles), more than any electric car in the market. One of the most advanced and unique features of the Model S is called Autopilot. Aptly named as it allows the car to run with minimal to no assistance from the driver. It also includes an Enhance Summon feature which allows the car to drive towards its owner by navigating through a parking lot.

Powered by three-phase, four pole AC induction electric motor with the copper rotor mounted at the rear, the Model S has a maximum horsepower of 416 (310 kW) and 443 lb-ft (587 N-m) of torque. Later models are equipped with the Raven powertrain which includes the more powerful and more efficient permanent magnet synchronous reluctance motor of the Tesla Model 3, which also has new adaptive air suspension. The electric motor is powered by a 100 kWh battery which weighs 625 kg in a 0.40 m³ volume; a density of 160 Wh/kg.

The I-PACE’s concept version was unveiled by Jaguar at the 2016 Los Angeles Motor Show. It was, then, a five-seater sports car that was designed by Ian Callum, who also designed the Iconic Nissan R390 LM Race Car.

The Tycan was first introduced as the concept car called Mission E at the 2015 Frankfurt Motor Show. In 2019, at the same motor show, it was then unveiled as an all-electric production sports car. It is the first production sports car of Porsche. It also has a crossover variant called the Cross Turismo. Its name means “the lively horse” when roughly translated from Turkish, referencing the steed of the Stuttgart coat of arms on the Porsche crest.

The Tycan is powered by a two-speed transmission and an 800-volt electrical system composed of two electrical motors sitting in between each set of wheels, producing up to 751 horsepower (560 kW) and a total of 774 lb-ft (1048 N-m) of torque (on the Turbo S trim). Though this power is only produced for about 2.5 seconds at a time, this system helps prevent the drivetrain from heat. It can go from 0 to 100 km/h in 2.4 seconds and a top speed of 260 km/h (162 m/h). Coupled with an all-wheel-drive system, all-wheel steering, and the two-speed automatic transmission used on the Panamera E, this car can easily rival the Tesla Model S.

For now, hybrid and complete electric vehicles aren’t as practical as their gas run counterparts. Mostly because of the lack of infrastructure. Unlike internal combustion cars, which have access to gas stations that can be found everywhere, hybrid and fully electric cars don’t have charging stations that are easily accessible.

Soon, though, when these infrastructures become more common, these green, environmentally friendly cars would overcome our roads. Personally though, as a petrol head, I do wish that car brands would continue to make standard internal combustion cars, especially for their sportier variant, because a cool sports car needs its roar, don’t you think?