What’s Your Car Worth? 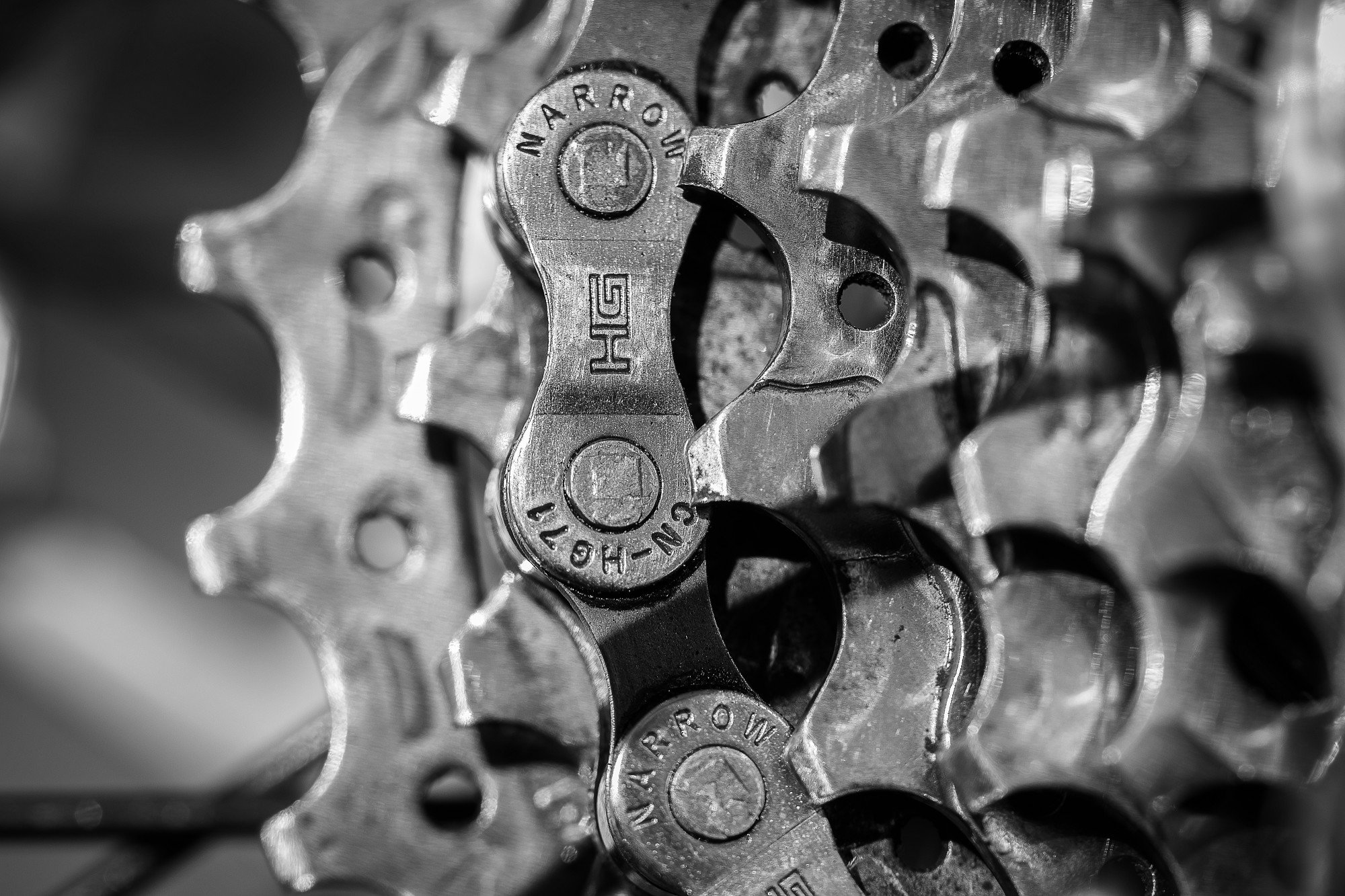 That’s right! And all those miles driven translate to an average age of 11.6 years. That’s the longest lifespan ever recorded for vehicles in the U.S.

That said, you’re likely wondering if your beater still has a few more years left on it. It depends on which parts are now nearing the end of their service life. If the issue is a faulty or failed transmission though, prepare to shell out thousands of dollars.

Ready to figure out whether to get a replacement transmission or just sell your car for the right price? Then let’s dive right into it!

The (Many) Factors that Can Rack Up Transmission-Related Costs

Transmission systems are complex, consisting of an unimaginable number of moving parts. From the planetary gear sets to clutch packs to output shafts, the list goes on. Keep in mind that these primary components are also made up of many other parts.

This sheer number of parts that make up a car’s transmission is what makes them super expensive. It’s also the reason a transmission is one of the most valuable car parts to scrap or sell.

That should already give you an idea of how hefty their repairs or replacements could be. As if that’s not enough, there are also many factors that can further drive the costs up. For starters, there’s the car’s year, make, and model, but that’s only the tip of the iceberg.

Age of the Car

The older or rarer your car is, the harder it’ll be to find replacement parts for it. As you can imagine, this will increase your mechanic’s fee, since it’ll take a longer time to hunt for parts.

Costs also depend on who manufactured your car, such as if it’s a domestic brand, like GM or Ford, or if it’s imported. US-made transmissions usually cost less to fix or replace than a BMW or Volkswagen.

There’s also the matter of whether it’s a manual or automatic transmission. Manual transmissions are often cheaper to repair or replace.

The Severity of the Transmission Problem

How big the damage to your transmission is will also affect your costs. If you followed your recommended fluid change timeline, you may be looking at a lower repair cost. Whereas a clunker that’s been through a lot will definitely cost a lot more.

Did you know that in 2018, driving in New York entailed spending an average of $18,926? Granted, that higher cost is due to congestion, parking, and “parking pain”, which upped costs by $11,689. Still, these three factors put a strain on a car’s components, such as the transmission.

That said, your location will also affect how much you’ll shell out for a transmission, be it for repairs for a new one. If you live somewhere with high living costs, then expect to pay more.

Who’ll Do the Repairs or Replacement

If you do everything yourself — from finding parts to repairing or replacing — then you can drive your costs down. If you choose a repair shop, you’ll face varying prices based on who and where they are. The more “popular” and reputable they are, the more money you would likely have to spend on their services.

Before we get into transmission replacement costs, let’s first take a look at the cost of common repairs. They may look cheap upfront, but again, your own costs depend on the factors we listed above.

While a transmission fluid flush is quite cheap, a Lamborghini Diablo owner once paid $766 for it! If you have a non-luxury ride though, a standard fluid flush should only cost you about $75 to $150. This can go up to $300 if the mechanic needs to use a pressurized machine.

A leaky transmission repair cost usually falls within the range of $150 to $200. Leaks that affect the front seal, however, will cause a considerable spike in the costs.

A single shift solenoid can cost between $15 and $100. Add labor costs into the equation, and you’ll end up with a $150 to $400 bill. The more solenoids you have to replace, the higher the price tag will be.

Transmission Replacement Cost: How Much You Can Expect

Expect a new transmission cost to run between $1,000 to $6,000. Keep in mind that the bigger the vehicle is, the pricier it is to replace its transmission. For instance, replacing one on a sedan comes with an average price tag of $2,300, while it’s around $2,800 for a pickup.

Whether your ride is a luxury or a “regular” vehicle also affects cost. For a non-luxury car, a manual transmission replacement can cost between $1,500 and $3,000. You’ll shell out $500 to $1,000 more for a re-manufactured automatic transmission.

As they are, luxury vehicles come with the heftiest replacement cost — up to a whopping $10,000.

When It Makes Sense to Sell Your Car Instead

Replacing a transmission is expensive, but for many, it’s a good way to delay the bigger expense of buying a new car. There are many other cases though, wherein it makes the most sense to sell a car, especially when it comes to safety.

Your Car Has Visited the Repair Shop A Lot Lately

Before the transmission failed, perhaps your ride’s engine kept stuttering first. Or you’ve seen an increase in the number of times you had to fill up the tank. It’s even possible your brakes keep squealing or the steering wheel always shakes.

Either way, you had to bring your car to the mechanic several times in the last few months. Now that you have a failed transmission, you’re looking to shell out thousands of dollars more.

Calculate how much you’ve already spent getting your car repaired. Then, ask yourself if another huge car repair bill is worth it. Chances are, it’s not worth the trouble or all the headaches that come along with it.

In this case, you may want to consider selling your junker instead.

Your Ride’s Value Isn’t That Much Anymore

Past repair bills aside, factor in the value of your ride without the new transmission. For example, its current value is $3,000.

Now, consider the replacement transmission that will cost you, say $3,000. Your mechanic says this will hike up your car’s value to $5,000. However, there are other repairs or part replacements that you also need to address ASAP.

These other costs will bring your total bill to say $4,000. If you sell it after the repairs and replacements, you’ll make $1,000. You can also keep driving it, but the longer you do, the more it’ll also depreciate.

All seems fair enough, right? Well, if you think about the time and energy you spend bringing your car to the shop and finding a buyer, not really.

So, unless you share a strong sentimental bond with your beater, you may be better off selling it. If there are too many soon-to-be-dead parts, you may get a better deal junking your car instead.

Your Clunker is Becoming More Dangerous to Operate

Every year, about six million car accidents happen on U.S. roads. While not all are fatal, these crashes still injure a whopping 3 million Americans.

And yes, vehicle malfunctions can also cause such accidents.

Take a failing transmission, for instance. This makes it difficult for the car to stay in gear, which can then lead to the vehicle stalling. If this suddenly happens on a busy road, the vehicle behind the stalled car can crash onto it.

That’s only one example, and it’s only for a bad transmission. Now, think about all the other issues your car has, and the risks they put you in.

Your safety — and the well-being of other people you share the roads with — should always be your priority. If operating your clunker has become too risky, it’s definitely not worth driving. But it’s definitely worth selling.

There you have it, an in-depth look on how much a transmission replacement cost is. The bottom line is, it’s expensive, and in some cases, not worth your time and dough. Consider selling your junker instead, especially if it’s near or way past its service life.

Ready to part ways with a car that’s too pricey to repair or just taking up space in your garage? If so, then feel free to ring us up now! We can help you transform that unusable, even unwanted chunk of metal into cash.