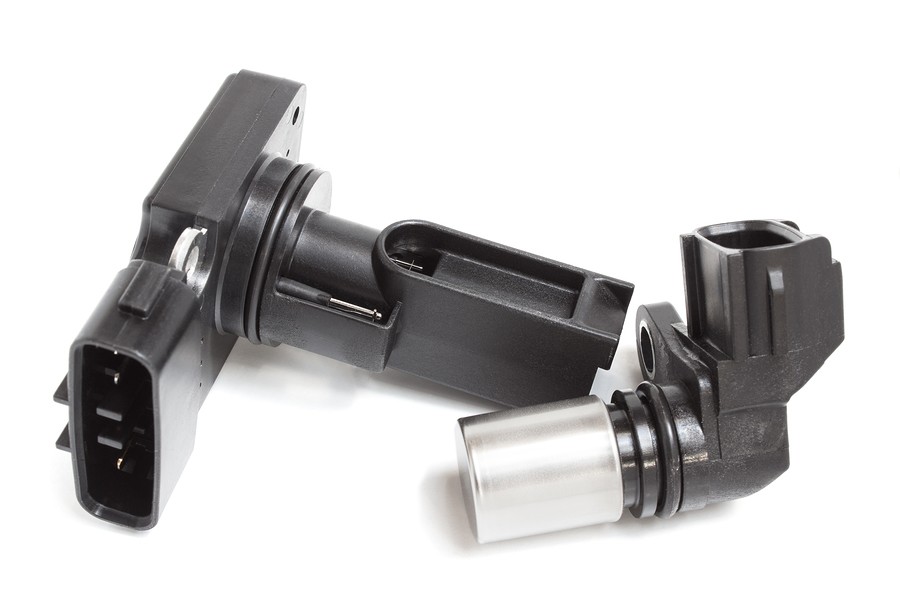 What Is a Throttle Position Sensor?

The throttle position sensor is located inside the engine of your car and the purpose of it is to monitor the air intake of your engine. It does this by monitoring how to open the butterfly valve in your throttle is, which opens more or less depending on how far down you press the gas pedal. More gas means the valve opens more so that more air is allowed in to mix with your fuel to make the car go faster. Those are the basics of a combustion engine. Without precision monitoring then your engine would be extremely inefficient, wasting fuel and keeping you at low rates of acceleration and lower speeds overall. You likely paid far too much for your car to not have it running at optimal levels, so this is definitely worth knowing about.

The proper mix of air and fuel is needed to make the best combustion reaction possible, timed to fire the pistons of your engine and propel the car forward. The moment this system is thrown off you’re wasting fuel, damaging important internal parts, and driving in a slow, jerky fashion that puts you and others at risk.

The throttle position sensor will be on the throttle itself and doesn’t stand out very much if you were to go looking for it. It’s usually black and looks like a cap on a valve with a hose attached to it, like many other components under the hood. You can go here to check out a diagram of where in your car the sensor may be located and get a general idea of what they look like. Naturally, this is just a guide though and your make and model will alter this somewhat. Some vehicles have the throttle position sensor in extremely hard to reach locations that require the removal of manifolds to gain access to. Keep that in mind should repairs be an issue as they will affect time and cost.

How Does the Throttle Position Sensor Work?

The Hall Effect relies on magnetic fields that change as the throttle opens and closes. Those subtle magnetic variations are read by the monitor and the computer it’s attached to in your car to get the precise measurement for how open the throttle is. That, in turn, tells your car how much or how little fuel needs to be injected into the engine at that moment. If the throttle is more open because you’re slamming the gas, more fuel gets injected. This isn’t the only way by which a throttle control sensor can do its job, and in fact, older versions had a wire physically attached to the throttle that was linked to your accelerator to keep the system aligned, but it gives you an idea of the process and how it may work in your car.

When it’s in good working order, your throttle position sensor will send data constantly to the car’s computer, several times per second in fact. This is calculated along with things like RPMs, engine temperature, the speed at which the throttle is changing and more to allow your car to calculate the precise amount of fuel needed at any given moment. If it sounds complex it's because it is but, if all is going according to plan, it’s smooth and simple. If it’s going according to plan, that is. Sometimes a throttle position sensor can go bad and that should be cause for some fairly quick action on your part in order to resolve the situation.

There's a good chance you’ll physically be aware of an issue with the throttle position sensor. Your car may start jerking and heaving like there’s an earthquake going on. It may start to stall out frequently for no apparent reason and struggle while idling like it’s having a hard time staying on. Another big sign to watch for is acceleration issues. If it seems like no matter how hard you press the gas you can’t get up to speed or there’s just an overall lack of power when trying to accelerate and maintain speed, which could definitely be caused by a bad throttle position sensor.

Fuel usage can also indicate there’s an issue with this sensor. When the sensor isn’t working right, the valve could potentially be staying open too long or at the wrong time. The signals your computer is receiving will not make sense and the result is an excess of fuel will be injected at the wrong time, causing you to burn through fuel much faster than you ever did in the past. If you find that you’re wasting a lot of fuel that doesn’t match up with the amount of driving you're doing, and any of these other symptoms are present also, then you might want to consider that the fuel throttle sensor is the issue.

What’s the Risk of a Bad Throttle Position Sensor?

Aside from the inconvenient symptoms we mentioned above like the idling issues and poor acceleration, a bad throttle sensor causes some serious issues with how your car runs. You’re going to suffer some serious fuel economy issues if isn't working properly. When the data it reads is not transmitted correctly, then the fuel injection ratios are going to be thrown off resulting in poor fuel and oxygen mixes and wasted fuel.

Additionally, if your car is unable to properly accelerate and it stalls out unexpectedly, that could put your life and the lives of other motorists at risk in an emergency situation on the road. If there’s an accident you need to avoid, a pedestrian on the road or anything else require your quick and decisive action, imagine how catastrophic that could be if you can’t hit the right speed or the entire car stalls at the wrong moment.

Potentially the most dangerous side effect of a malfunctioning throttle position sensor is that your car could accelerate when you don’t want it to. That can lead to damage to the car, to other vehicles and property, and to loss of life. For that reason, you absolutely cannot let this vital component go unchecked and unrepaired if something has gone wrong.

Some models of cars, though by no means all, have something called “limp mode” or “limp home mode” that will happen when a sensor like the throttle position sensor fails. In limp home mode, your engine power is greatly reduced, and you’ll likely be stuck in a higher gear. It’s an inefficient way to get around, and that’s on purpose. As the name suggests, it’s meant to keep your car running just well enough to get home or get to a repair shop so that someone can take a look at it. When it happens, you’ll have a dashboard light come up that displays something like a half-filled in engine icon, or maybe one with what looks like a lightning bolt in it. When you see a light like that, you need to address it right away. But remember, this is not true of every car model and should just be one of the several clues you look for when determining if a bad throttle position sensor is your car’s problem.

Some people are willing to overlook a bad throttle sensor because the car can and will still operate with it in bad condition and the side effects of it being damaged or malfunctioning are not always catastrophic. But it can degrade quickly if not taken care of, and the danger to you and others is too great to ignore. When you notice the signs of a bad TPS it’s best to take them seriously right away.

How to Deal with a Bad Throttle Position Sensor

If you’re experiencing any of the stalling or idling issues, acceleration problems, and your check engine light has come on, it’s a good time to schedule a visit to the mechanic. You're going to want a thorough check of your fuel system to determine if anything is wrong. Your mechanic can use something like an OBD2 scanner to check the on-board diagnostics and see if the throttle position sensor is really the problem.

If your mechanic determines that it is your throttle position sensor that’s causing the trouble, the cost of replacing one is in the range of $150 to $350 on average depending on where you live and the type of car you have. That’s accounting for both parts and labor but of course. If you head to Autozone right now, you’ll see that a replacement throttle position sensor is going to cost you anywhere from $30 to $100 if you feel comfortable doing the job yourself.

Doing it yourself is always an option if you know what to do, but it’s worth noting that most throttle position sensors are a bit tricky to remove. They are often fastened in place with tamper-proof Torx screws to prevent them from accidentally coming loose or being removed unless it’s necessary. While that makes for a secure part on your car normally it means they're very hard to remove when you need it because a normal Torx bit won’t get the job done.

On the other hand, some vehicles make don’t have the throttle out in the open where it can easily be reached without having to remove any parts. If that’s the case, the labor cost of your repair could go up to as much as $1,000 or so.

As with any part of your car, keeping up with the maintenance of your throttle position sensor is just one more way to make sure you’re getting the most out of your car and the fuel that you pay for, not to mention keeping it safe for you and others. And finally, though it’s often overlooked, you want the TPS to work properly so you can just enjoy your car. The frustration of a malfunctioning vehicle isn’t fun, and your car is one of the most expensive things you own so you have a right to enjoy it and have fun while using it. Get your throttle position sensor checked if you think you need to and stay safe!