Does Honda Use Timing Belts or Chains? – Here’s What You Need To Know 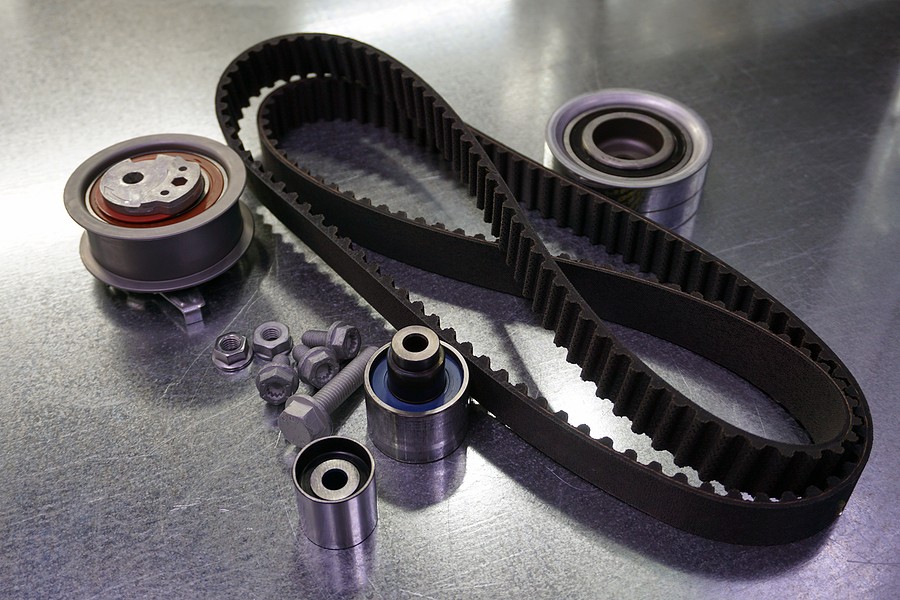 Honda was founded all the way back in 1946. The company used to make motorcycles and actually has been the largest manufacturer of motorcycles in the world since 1959. As of the end of 2019 the company has produced over 400 million of them. However, they have also been a major force in the automobile manufacturing world as well. They've been Japan's second largest automobile manufacturer since the year 2001 and they are the eighth largest in the entire world.

Because Honda has been making cars for so long, and have such a wide variety of models you'll need to know a little bit more about your exact model before you can find out for sure whether or not it uses a timing belt or a timing chain to maintain that precise engine timing to let it operate.

Honda produces some of the most popular and well-known cars in the world. Let's take a look at some of their more well-known models to see which kind of timing device they employ.

1997 – 2002: During this time period Honda Accord models all had a timing belt installed in their engine.

2003 – 2017: During this period of time if you had a 4-cylinder Honda Accord there was a timing chain installed in the engine. However, if you had a V6 model then you were operating with a timing belt.

2018 – Present:  As of the year 2018 every Honda Accord model on the road features a timing chain in the engine rather than a timing belt.

2007 – Present: Starting at the end of the 2006 production year and up until the current production run all Honda Civics feature timing chains in the engine instead of timing belts.

1997 – 2001: Early models of the Honda CRV also featured timing belts as part of the engine, consistent with most Honda models produced during the late 90s.

2002 – Present: For the 2002 model year of a Honda CRV the company swapped out the timing belt in favour of timing chains. It continues to manufacture them with chains to this day.

The Honda Fit has always used a timing chain since the vehicle was first manufactured. This is also true of the Honda Fit EV models.

2014 – Present: After a brief production gap, the Honda HRV continues with timing chains in the engine as opposed to the timing belts.

The Honda Odyssey Minivan has been in production since 1994. The fifth generation of the Odyssey started production in 2018 and for the entire production run the Odyssey has used timing belts as opposed to timing chains.

The Ridgeline follows the pattern set by the Odyssey and the Pilot and also uses a timing belt rather than a timing chain.

What Does a Honda Timing Chain or Timing Belt Do?

The timing chain or timing belt in your Honda engine is used to precisely synchronize the rotation of the crankshaft with the rotation of the camshaft. As the crankshaft spins it causes the pistons to rise through the cylinder to meet the valves. The combustion reaction forces those pistons back down again which keeps the crankshaft rotating. The timing chain or timing belt is connected to the end of the crankshaft with the other end looped over a gear on the end of the camshaft. The two gears rotate together to maintain precision timing in your engine. If the camshaft is not rotating in synchronization with your crankshaft then the valves will not open causing the pistons to crash into them which could effectively destroy your engine.

Worn or damaged timing belts and timing chains can affect this precise synchronization and cause things like engine misfires, engine stalls, and eventually some severe damage to the engine itself which can lead to repair bills in the thousands of dollars.

Does Honda Have a History of Problems with Timing Belts or Timing Chains?

One of the big selling points for Honda is just how reliable their vehicles are. For the most part you don't really have to worry about any major issues with a Honda when it comes to timing chains or timing belts.

If you're shopping for an older Honda model, then pay special attention to the 2009 model year. Honda recalled 100,000 Pilot models along with some Honda Odysseys and Honda Ridgelines for the 2009 model year because there was a manufacturing defect in the timing belts. These belts were weaker than they should have been and were susceptible to early breaking. When your timing belt breaks, it's going to leave your Honda with a non-functioning engine that could leave you stranded in the middle of the road and potentially lead to an accident.

The recall of the 2009 Honda models was precipitated by a number of drivers recording to Honda that the teeth on the inside of the timing belts broke off much sooner than they should have.

Aside from this one recall there have not been any serious issues with timing belts or timing chains on any Honda model. That's not to say there haven't been any problems at all, just none that are statistically significant to make the Honda stand out from the crowd. Any vehicle could potentially have a problem with a timing chain or a timing belt, just like you can have an issue with transmission or brakes or a fuel filter as well. But for the most part, you shouldn't have to worry specifically about how the timing belt, or the timing chain is going to perform in your Honda aside from that one particular recall issued over 10 years ago.

What is the Difference Between a Timing Chain and a Timing Belt in a Honda?

Both the timing chain and the timing belt perform the same task in a Honda engine, it's really just how each one is made that makes them different. As you can guess from the name, a timing chain is made from metal. It is a lot more durable than a timing belt and you can expect it to last quite a bit longer. A timing chain should be able to last well over 200,000 miles in the engine of your Honda. In fact, routine maintenance of a timing chain isn't really necessary because they're expected to last the life of your vehicle.

Timing belts do have a limited lifespan and will require some routine maintenance in order to make sure that they are performing the way they're supposed to. A timing belt is usually made from some kind of rubber and nylon composite. They are strong and durable, but because of the extensive stress that they are under all the time they will only last typically between about 60,000 miles and 90000 miles. This does depend on the specific model that you were driving.

The Honda Odyssey, for instance, recommends that you get your timing belt changed after 60,000 miles for extreme driving. That means driving in more intense condition than normal. For just normal driving the range is the go-to that most mechanics and dealerships will refer to, that being 60,000 miles to 100,000. You should always get it checked closer to that 60 mark rather than 100,000 mark just in case though.

Most car models manufactured by Honda these days feature a timing chain under the hood. Several of the vans produced by Honda still operate with a timing belt, however. And of course, the older models may use timing belts as well. It's important to know which one yours has so you can keep up with routine maintenance to ensure everything is working the way it's supposed to. The last thing you want to do is forget about the timing belt in your engine until such time as it breaks. If it happens while you're on the highway, that could lead to a serious accident.

PrevPreviousEligibility for Social Security Benefits
NextDoes the Honda CRV Have a Timing Belt or Chain? – Here’s What You Need To KnowNext