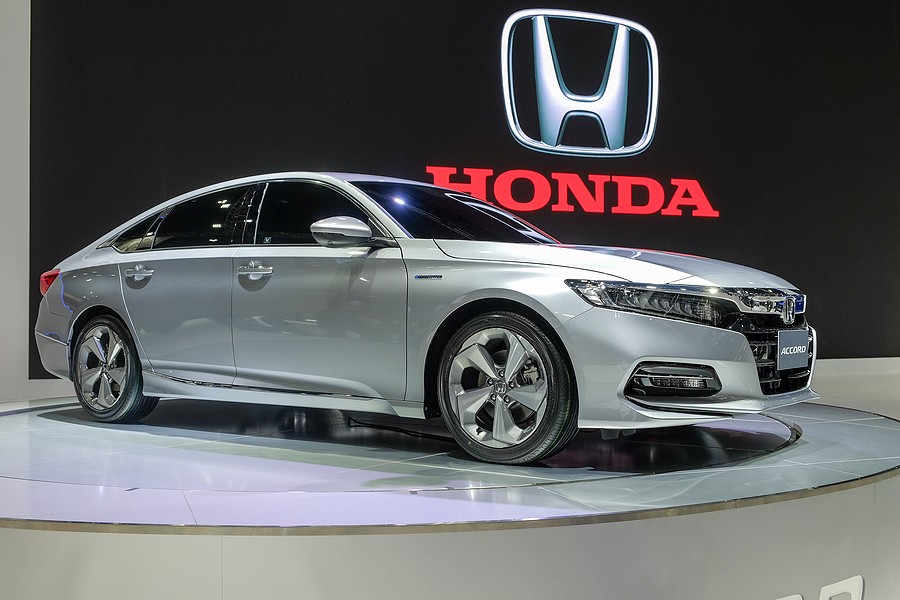 Honda has been making vehicles for over 70 years at this point. They're known for making reliable, sporty automobiles that are generally affordable, and attractive. By the end of 2019 their production numbers were up to 400 million. That is a heck of a lot of automobiles. They're also the world's largest manufacturer of internal combustion engines, making more than 14 million of them every year. It's no wonder then that there have been some complaints about the turbo engine in some Honda models over the years. You can't make that many of anything without having a few problems.

Unfortunately for Honda, this hasn't just been an isolated incident for one or two drivers. In fact, in 2019 Honda issued an extended warranty to cover problems with their turbo engines in CR-V models and Civic models. The extended warranty covered over 1 million vehicles thanks to a problem that caused gasoline to mix with the engine oil. The issue was supposed to have been fixed for 2019 according to Honda but that isn’t necessarily the case as many drivers have discovered.

Although Honda didn't issue a recall for any CRVs or Civics to deal with this issue, an extended warranty was offered to cover all 2018 and 2017 Honda CRV models as well as Honda Civics that were made between 2016 and 2018 that had a 1.5 L turbo engine. The extended warranty gives owners an extra year of coverage on powertrain components for 6 years from the time of purchase. There was no mileage limit on this particular warranty extension.

It was Honda's position that the oil dilution issue was a rare one, but they were offering the extension just so that their customers would feel better.

According to Honda’s own memos, oil in the engine could be diluted because of a software problem or potential hardware failures. This could lead to a lack of power, engine noise, and cylinder misfires. Because of the problems potentially caused by this, the warranty covered repairs to parts like the camshaft, rocker arm assemblies, spark plugs, and more.

Oil dilution is not uncommon in the 1.5 litre turbo engine, but it's supposed to be a limited amount. Not enough to cause any issues with engine wear or your ability to properly Drive the vehicle. That said, many drivers reported that their engines were stalling or sudden losses of power which caused some obvious safety concerns. You don't want your engine stalling while you're in the middle of driving down the highway.

Honda said that the problem affected vehicles mainly in cold weather, but there have been many reports that the same thing was happening in the summer months in places like Texas where it's not going to get particularly cold.

According to a report from Wards Auto, 143,000 Civic models from 2016 to 2018 dealt with this problem. Honda also offered a fix to 239,000 vehicles in 21 cold weather states that could see them getting new software for the engine as well as transmission control units, and oil change, and even a replacement air conditioning control unit. They did state at this point that the 2019 CRV was going to have updated engines before they went on sale.

The extended warranty as we have seen only covers vehicles that were produced up to 2018.However, according to the National Highway Traffic and safety administration there has been a number of complaints about the 2019 Honda CRV use turbo engine as well. Based on the information provided there have been three crashes that resulted in at least one injury for 2019 CRV he's related to engine problems. This happened at around 40,000 miles, so it was definitely not the result of extreme overuse or normal wear and tear.

One of the complaints that the NHTSA received was in relation to a CR-V that only had 12,500 miles on it. The driver claimed that they were on the interstate going 80 miles per hour when the engine light came on suddenly and they lost power. They had to coast their way out of traffic to the side of the road. When they took it to the dealer, the dealer changed the oil because it had gasoline in it. No other fix was offered, however. This was essentially the same problem that the extended warranty was covering for the earlier models which is supposed to have been fixed for 2019.

A number of other drivers reported the same problem to the NHTSA. That there was gasoline mixing with the oil in their vehicle, for some of them this problem started under 5,000 miles. Related complaints were that you could actually smell the gasoline even when you just have the car parked in the garage and you can hear the vacuum pump running all the time.

One driver reported that they were driving at 25 miles an hour and the vehicle began to hesitate and then drop down to 12 miles an hour and would not go any faster. When they took it into the dealer, they discovered a lot of gasoline had mixed with the engine oil.  this model had less than 1,000 miles on it at the time.

There was a string of similar complaints that had been lodged with the National Highway Traffic Safety Administration relating to this problem.  Most drivers expressed that they have been told this problem was cleared up for the 2019 model, but experience has shown otherwise.

It is worth noting that there have been a couple of drivers who reported that they either had an oil dilation issue, or they were having problems with the smell in the cabin of their car causing headaches which is a side effect of this problem. As noted earlier, many drivers experienced a strong smell of gasoline are there in the garage or in the cabin of their vehicle when the oil dilution problem occurs.

How Does a Honda Turbo Engine Work?

We often hear about turbocharged engines but it's not always clear what that means. It obviously sounds like it's an engine that somehow boosts performance, and the word turbocharged gives it kind of a cool race car vibe. There is some technology behind it that makes these engines work the way they do.

Turbocharged engines use a turbine driven force induction method to help power the vehicle. That means that it uses recycled car exhaust in the combustion chamber. By doing this the engine can have a considerably larger amount of air flowing through it than a traditional engine, sometimes up to about 50%. That in turn means that a turbocharged engine can be smaller than a normal engine. Even though it's smaller, it can still give you the same power as a normal engine. The point of a turbocharged engine is to give you a quick and powerful acceleration while reducing the overall weight and fuel needs.

In order for your turbocharged engine to work exhaust has to enter the turbocharger and it spins turbines inside it, kind of like the way a hydroelectric dam or a windmill might work. That exhaust gas gets pulled into the compressor and the air is forced into the engine cylinders. As more air passes through the engine, it is able to produce more power. That's the way things are supposed to work, and that is the way that it generally works in a turbo powered Honda engine.

What Causes the Oil Dilution Issue in Honda Turbo Engines?

As we've seen, the exhaust fumes from your Honda are redirected back into the turbo engine to be burned and increase overall power in the engine. The problem with these effective CR-V turbo engines, and the Honda Civic turbo engines is that the excess fuel vapour is in the 1.5 L turbo engine we're not burning off correctly. The fuel vapors were able to condense and get into the engine oil. That would actually raise the level of the oil and as the oil level would rise to more than 21 mm above the dipsticks limit, it would cause the warning light to go off. It could also set off your check engine and end up creating the bothersome and potentially hazardous odor that many drivers were experiencing because this extra gas was just sitting around exposed in the oil at that point.

On a long enough timeline, you could suffer some more extensive engine damage as a result of this happening. If your engine oil is diluted, it's not able to properly protect and lubricate the engine. That would potentially cause some serious damage.

Honda attributed this to software and Hardware malfunctions. Both of those make sense and could certainly end up causing the issue as it took place inside of these turbo engines. A Honda turbocharger relies on a lot of different sensors to maintain the correct flow of fuel from the fuel injector, as well as the air flow from outside and exhaust. If the software or hardware goes off, that whole ratio is put in jeopardy and the problems that we've seen will arise.

Despite Honda promising that this problem has to be cleared up for 2019, that definitely wasn't the case. The 2020 model year is a harder one to get a handle on because of how covid-19 has affected the global auto market. Sales are down across the board for new cars, so there isn't a ton of data to rely on for 2020 models just yet.

That said, there have still been complaints lodged with the National Highway Traffic Safety Administration regarding the oil dilution issue even in 2020 Honda CR-V models. The numbers are nowhere near the ones that came from the earlier models that had the warranty extension issued for them, but the fact that this is still coming out for some drivers should give you pause to consider whether or not this is going to be a widespread issue going forward for Honda and their turbocharged engines.

Honda is clearly aware that there has been a history of problems with their 1.5 L turbocharged engines. The CRV and the Civic models were the only ones really affected by this problem, and Honda’s offered fix does go a long way to resolving the issue for owners of vehicles made between 2016 and 2018. Essentially, they're offering to fix any problems that you're experiencing for free if your car falls in that range of production years.

In 2019 Honda said they were going to have this issue fixed before any Honda CRVs even hit car lots for consumers to buy. Anecdotal evidence from a number of CRV drivers has shown that this is not the case. The problem may not be so widespread that every single CRV driver is going to experience it, but it shows that they're still a pattern of his happening at a level which should have been dealt with and was alleged to have been dealt with already.

You can't deny that Honda has a long history of making great vehicles, and the Honda Civic and the Honda CRV are both generally pretty reliable vehicles that would be worth your time and efforts. It's just hard to overlook this problem with the turbo charged engine and the somewhat lackluster response that Honda has put into dealing with it. Not issuing a recall sidesteps the problem to some degree, and it seems like Honda is being reluctant to fully acknowledge the scope of the problem.

If you're in the market for a new Honda, you should probably think twice about looking into a CRV or Civic made in the last couple of years. Odds are that these are still going to be reliable vehicles, but there is a known possibility that they won't be in for that reason it may be best to hold off until Honda has done a little more to address the problem.