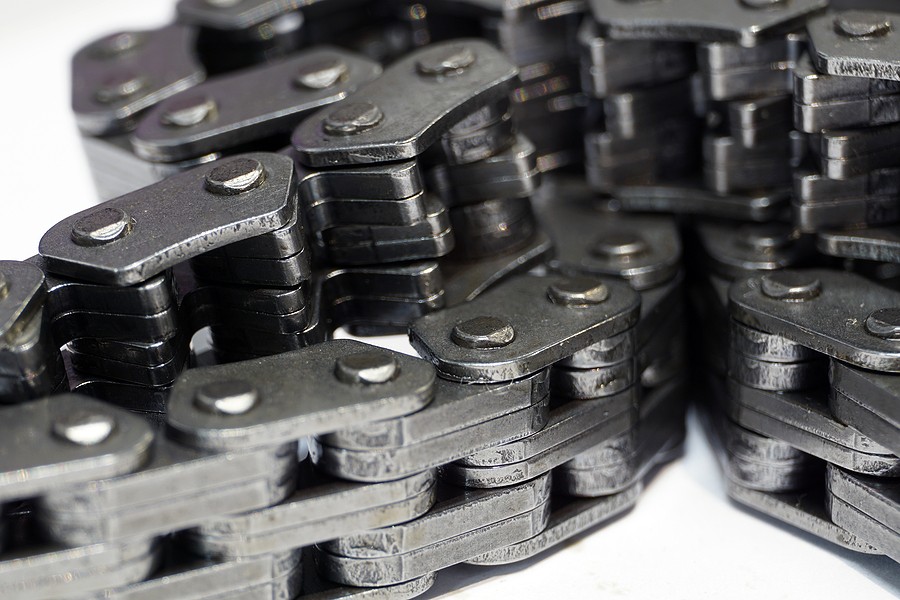 The Honda CR-V is Honda's popular compact crossover SUV model. It first hit North America back in 1997 and has been one of their best-selling models ever since. While it did moderately well in the first few years it was available selling just over 100,000 units per year in the U.S. through the early 2000s it really picked up popularity after the 2010 model year and has consistently sold over 300,000 units per year since 2013. And whether you have a Honda CRV now or are interested in getting a Honda CRV you may be wondering whether or not CRV uses a timing belt or a timing chain in the engine.

A timing belt or timing chain is an essential component of your engine. Without it, your car simply will not work. Unfortunately, most drivers are unaware of not only whether or not they have a timing belt or timing chain in their engine but what the function of either one of these components actually is. The fact of the matter is most of us as car owners don't know a ton about how our cars work. We just understand how to operate it and that's good enough for the most part. When it comes to the technical details that's why we have mechanics that we can go to, right?

It's always a good idea to understand the fundamentals of how your Honda works, however. Since timing belt maintenance is important to keeping your car running and avoiding costly repair bills down the road, it's a good idea to find out whether or not your CRV actually has a timing belt or a timing chain under the hood. And to answer that question we're going to need to get into what year CRV you are driving.

Timing Belt vs Timing Chain in a Honda CRV

What is the Difference Between a Timing Belt and a Timing Chain?

Whether you have an older model CRV with a timing belt equipped or a newer model with a timing chain, you still need to know what both of these parts do and why they are important for the overall functioning of your Honda CRV.

The timing belt and the timing chain are responsible for the precise timing of your engine's combustion reaction.  The timing chain and timing belt are looped over gears that are located on the ends of your camshaft and your crankshaft.  As the crankshaft rotates the pistons rise and fall in the cylinders of your engine. At the same time, air and fuel is sprayed in so that the spark plugs can ignite them and cause a combustion reaction.

When the air fuel mixture is ignited it creates an explosion that forces the piston back down again. The same reaction happens in every cylinder out of your vehicle over and over again, hundreds of times per minute. That in turn is what causes the crankshaft to rotate as the pistons keep rising and pushing down again making it spin. The timing belt or timing chain that is looped around the end of the crankshaft then causes the camshaft to spin and precise synchronization with it.

The camshaft is responsible for the valves opening and closing. That means as the piston rises in the cylinder the valve will open above it to allow it to pass through unencumbered. If there's a problem with your timing belt or timing chain, then this synchronization can fall out of alignment. That means your valves may not be opening at the exact right moment they're supposed to. This in turn can lead to things like engine misfires and even serious damage if the pistons crash into the valves because they're not open. That can cause damage to the cylinders themselves, the pistons, the valves, the cylinder heads and more. If your timing belt or timing chain were to break while you were driving your car, it could end up causing a catastrophic engine failure that can lead to either an extremely expensive engine rebuild or even an engine replacement. That could cost you thousands of dollars to fix.

How Long Will the Timing Belt/Chain Last in Your Honda CR-V?

In terms of timing chains, you can expect it will last at least 200,000 miles. There is no scheduled maintenance for timing chains in a Honda CRV because they're expected to last you for the life of your car. Obviously, things happen and there could be a mechanical failure with your timing chain, but you should expect that you won't need to actually replace it.

Does the Honda CR-V Have Problems with the Timing Belts or Timing Chain?

If you have an issue with the timing belt in your Honda CRV replacement cost typically run somewhere between $390 and about $570. Of course, this is going to change drastically depending on where you live, but these are averages that you can expect. It's a bit of a stiff repair bill compared to some, and much of the cost is labour rather than parts. Swapping out a timing belt is a fairly intense repair job, so it does take some time and effort to get done.

Signs of a Bad Timing Belt or Timing Chain

Engine Misfires:  This can happen particularly if the teeth on the inside of your timing belt begin to wear down or fall off. That can cause the timing belt to slip off the gears at the end of the camshaft and crankshaft which throws the timing of your combustion reaction out of whack. When that happens, the fuel and air mixture may get injected at the wrong time or the spark plugs may try to ignite at the wrong moment. The reaction will not happen when it's supposed to such that you suffer an engine misfire as a result.

Rough Idling: If your vehicle is shaking and vibrating even when you're just sitting still, that could be a result of the timing being thrown off because of a bad timing belt or chain.

Unusual Noises: When your timing belt is failing it's going to make a distinct noise that's hard to mistake for something else. It will be a fast-paced ticking noise that increases in pace the more you speed your vehicle up. If there's a problem with your timing chain, you may notice a grinding sound or a squealing sound as well.

Even though the Honda CRV isn't going to have any serious issues with the timing belts or timing chains that are installed, any vehicle could potentially suffer problems especially as they get older. If you notice any of the symptoms of a bad timing belt or timing chain in your Honda CRV, it's in your best interests to get into a mechanic as soon as you can to have things checked out. You never want to let a timing belt go for too long if it's starting to weaken because if it breaks, the repair bill can be incredibly high.