2007 HONDA ODYSSEY PROBLEMS – ALL WHAT YOU NEED TO KNOW! 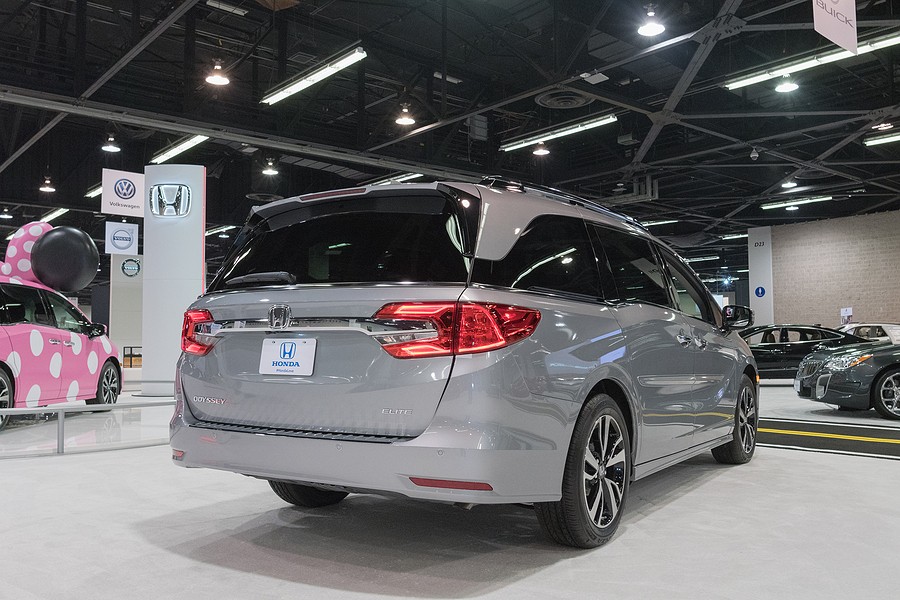 After the 2005 worst model year, the 2007 Honda Odyssey ranked as the third worse model year when it comes to reported owners' complaints to carcomplaints.com. This website is made to help car owners report any issues they face during the lifetime of their vehicles.

With these valuable reported complaints, automaker companies and can monitor continuously reported complaints so they can work on improving them in the coming model years. Furthermore, current and new owners of these vehicles can educate themselves about what type of problems they might face, the different options to resolve the problems, and the expected repair costs.

For the 2007 Honda Odyssey, about 274 people reported issues with their vehicles. These issues were mostly related to the body and paint, steering system, brakes, and engine. While the majority of these problems can be repaired at a low price, there is a good number of problems which required high repair costs like engine or transmission failure.

In this article, we will walk you through the main characteristics that allowed the 2007 Honda Odyssey to make it to the top listing. We then will summarize the most reported complaints from different categories along with the mileage where the problem occurs, the repair options, and the expected repair costs.

The goal of our article is to help current owners educate themselves about the different issues, repairs, and repair costs that they might face. Furthermore, we intend to help new buyers make the best decision about whether to by a 2007 Honda Odyssey or not. It is important to note that a high number of complaints doesn't necessarily mean that they should stay away from this vehicle; they should look into the complaints in more detail. In other words, if the complaints are associated with easy-fix repairs, new buyers can go ahead and by a specific vehicle and vice versa

Before discussing the most reported problems about the 2007 Honda Odyssey, we would like to provide an overview of the main characteristics of this vehicle. That's why we reserved this section to describe this vehicle.

Some of the coolest features about the 2007 Honda Odyssey include the 3.5 L V6 engine that is considered very powerful for this car's class. Furthermore, this vehicle is pretty roomy and is very suitable for families with kids or large families in general as it seats up to eight passengers.

Also, the 2007 Honda Odyssey has a large cargo space and an incredible crash test report result. Finally, this vehicle has a long history of good reliability.

According to cars.usnews.com, “the Odyssey is arguably the best-performing minivan of the market.”

Now you have a good understanding of the main characteristics of the 2007 Honda Odyssey, let's discuss the main reported complaints by category, according to carcomplaints.com website. In this section, we will highlight a couple of reported problems in each category, their suggested repair options, repair costs, and the ranking the problem received.

In general, the 2007 Honda Odyssey's most reported problems are related to the body and paint, steering, brakes, engine, AC and heating, transmission, and other problems.

The majority of reported 2007 Honda Odyssey problems have to do with the body or the paint with a total of 73 out of the 274 problems. In general, most owners reported having issues with paint peeling, sliding door malfunctioning, liftgate failing, and some water leak.

Although the vehicle did not have any mechanical problems, many owners reported seeing paint peeling spots at different locations, especially at the windshield. These spots would start small, then grow bigger and bigger. In general, the problem was resolved by repainting the part, and the average cost was about $1,500. Owners of vehicles reported paint peeling at 98,000 miles, and the problem was ranked as “Pretty Bad.”

In addition to the paint peeling, several owners reported issues with the sliding door. This door would not respond to the automatic button and had to be pushed several times manually. The problem was resolved by either replacing the rolling ball or the door actuators. On average, the owners who reported the problem had to pay about $120 to get it resolved, and their vehicles were at about 55,000 miles. the problem was described as “Pretty Bad.”

Furthermore, a couple of people reported that the tailgate wouldn't open or won't hold in the first position. To resolve the problem, they had to replace the hydraulic arm for about $90. This problem occurred mostly with vehicles at 53,000 miles, and it was ranked as “Pretty Bad,” as well.

The last problem we would like to highlight in the car's body category is the water leak. At the same time, the website did not indicate information about repair options or repair costs, and it mentioned that water leak might start occurring at vehicles around 129,000. The problem was ranked as “Really Awful.”

Following the body and paint category, steering problems were the second most reported issues about the 2007 Honda Odyssey. In general, owners reported problems with the steering pump, power loss, leaks, and car pulling to one side.

Several 2007 Honda Odyssey owners reported hearing very loud whining sounds coming from the steering pump. This problem was resolved by replacing the power steering pump for about $510, and it occurred at vehicles with 44,000 miles. this problem was ranked as “Fairly Significant.”

The 2007 Honda Odyssey owners complained about losing steering power when vehicles are at 66,000 miles. The problem was also resolved by replacing the power steering pump. Some of the reported complaints indicated that this repair was not under warranty and they had to pay it from their own pockets. The problem was rated as “Pretty Bad.”

Also, the 2007 Honda Odyssey's steering pump might start leaking and causing a loss in power and difficulty in handling. To get the problem resolved, most owners had to either replace hoses or the entire pump. The problem occurred at vehicles around 70,000 miles, and it was ranked as “Fairly Significant.”

Finally, at least two owners mentioned that it is hard to handle their 50,000 miles 2007 Honda Odyssey. The issue with steering difficulty made it unsafe for these owners to drive the vehicle, especially when they have their kids. The website did not include information about repair options or repair costs. However, it ranked the problem as “Definitely Annoying.”

About 35 people complaint having significant problems with their 2007 Honda Odyssey brakes. These problems were related to pedal falling off, brakes working on its own, significant rotor wear, and strange sounds when activating the brakes.

While the website did not include information about repair options or repair costs, ten complaints were reported about brake pedal falling off on its own. The problem occurred with vehicles at 38,000 miles, and it was described as “Pretty Bad.”

The 2007 Honda Odyssey's brake might activate on its own, posing a risk of a crash while driving and without brake's lights illuminating. This problem was reported by at least eight owners from different locations. To fix the issue, they had to either fix the ground wire or updating the firmware for about $300. The problem was reported mostly by vehicles around 60,000 miles, and it was described as “Really Awful.”

Another group of owners reported that their 2007 Honda Odyssey would start having failed brakes due to premature rotors wear. This problem was resolved by replacing the rotors for about $490, and it was reported by vehicles around 40,000 miles. in general, the website ranked the problem as “Pretty Bad.”

Finally, a couple of owners reported hearing weird noises coming from the rear brakes due to issues with parking adjustments. By adjusting the parking brakes for about $40, the problem was resolved. These noises were reported from vehicles around 30,000 miles, and it was rated as “Fairly Significant.”

So far, all reported problems required relatively low repair costs. However, when it comes to engine problems, expect to see a lot of higher repair costs especially, if the problem required engine replacement.

The majority of reported engine problems were related to excessive oil consumption. When these owners tried to change their engine oil, they found much less oil than what they originally poured in the engine. The problem was resolved by either doing a complete engine rebuild or replacing the oil pump for about $1,700. Vehicle facing this problem was at about 150,000 miles, and the problem was ranked as “Pretty Bad.”

Check engine light indicates an internal vehicle problem. However, several owners reported continuous check engine light illuminating without a clear reason. To get rid of the problem, they had to either replace the head gasket or fix the wiring for about $2,270. Vehicles with such a problem were at about 60,000 miles, and the problem was ranked as “Pretty Bad.”

A cracked engine block is another reported 2007 Honda Odyssey engine issue. At least two owners mentioned having a cracked engine block, and they had to pay about $1,200 to replace the engine. These vehicles were at about 80,000 miles, and the problem was ranked as “Really Awful.”

At least one owner reported that his 2007 Honda Odyssey faced a complete engine failure without any warning signs. He had to get a new engine for about $4,000. The vehicle was at 146,000 miles, and the problem was ranked as “Pretty Bad.”

In this section, we group together with other 2007 Honda Odyssey reported problems. These problems include issues with the AC and heating system, transmission, windows, interior, and electrical system.

If you are driving a 2007 Honda Odyssey, don't be surprised if your AC doesn't work or if it started blowing hot air because this is a common problem with this vehicle. In some situations, to fix the problem, you might need to replace the compressor for about $2,500 at 90,000 miles.

Very few complaints were reported regarding the 2007 Honda Odyssey transmission problems. However, these problems required high repair costs as it had to do with a failed torque converter and hard shifting.

More than ten people reported that their rear windows exploded without any warning signs, and they had to replace it for about $290.

Most reported 2007 Honda Odyssey problems had to do with the body and paint, steering, brakes, and engine. Despite the high number of complaints, most problems can be resolved for a relatively low cost.

Despite the many reported complaints about the 2007 Honda Odyssey, the vehicle has a lot of cool features making it the “best best-performing minivan of the market.”

PrevPrevious2010 DODGE JOURNEY PROBLEMS– READ BEFORE PURCHASE!
NextBrakes Calipers Replacement Cost: What There Is To Know!Next