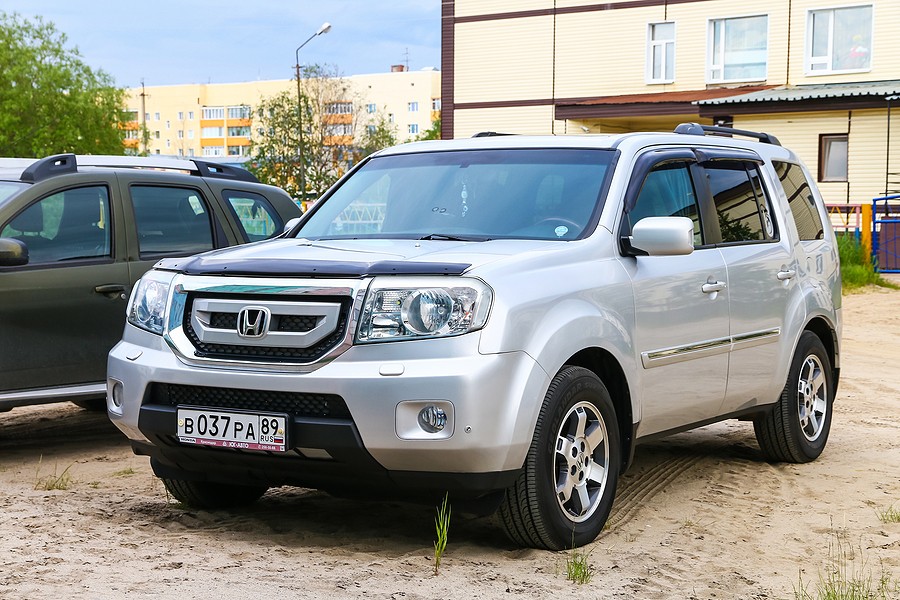 Honda Motor Company is a Japanese motor company and a multinational corporation that is mainly known for their automobiles, motorcycles, and power equipment. It is the world’s largest manufacturer, and has been since 1959, reaching a production upwards of 400 million by the end of 2019. It is also the world’s largest producer of internal combustion engines by volume, producing over 14 million per year.

Despite having a reputable and high-end car production, Honda has still created some unreliable cars in the past years. The Honda Pilot is an unsafe and unreliable car company that has produced various problems for car owners.

The worst problem category regarding all years of the Honda Pilot is the interior accessories issues, with the 2003 Honda Pilot having the most overall complaints. The 2003 model is also rated as the worst model based on various factors like the repair cost, the low mileage at inception, and the average mileage at which the problems occur. The most reported problem is also with the 2003 Pilot for the ignition switch issues.

Regarding the interior accessories of the Honda Pilot, the main issues refer to an ignition switch problem, chrome paint chipping from door handles, doors not locking properly, the door lock actuator failing, the seat adjustment not working, and the dashboard making a rattling noise.

Users have said that the dealerships they take their vehicle to will not give them a simple solution to the problem and the end up paying more for their fix. The key would not go in the ignition and the issue continually gets worse over time. In addition, there have been reports that the key can be removed from the ignition while running, which is a huyge safety issue.

The average cost to repair the transmission failure is a whopping $3,470 and occurs at around 123,000 miles. The most common solution for this repair is for the transmission to be replaced, a rebuild of the torque converter and transmission, or installing a factory rebuilt transmission. Users have said that the transmission can fail multiple times, not being able to bump into first or second gear, and periodically downshifting throughout use.x

The NHTSA complaints deal with the automatic transmission, with the problem causing one crash, two fires, one injury, and occuring at an average of 87,000 miles. The vehicle can reportedly decelerate from a high speed to a low speed without warning, the engine can rev too high for how fast you are driving, the car can shake while driving, and the transmission fluid can be damaged.

Along with the numerous complaints from users and car owners, complaints from the NHTSA, and the safety issues, there have also been an outstanding 14 recalls for this one type of make and model.

The first recall was back in August of 2002 and dealt with the timing belt and water pump. If the timing belt breaks during use, the engine can stall and increase the risk of a crash. On certain types of cars produced by Honda, like minivans, sedans, coupes, and sport utility vehicles, including the Honda PIlot, a timing belt tensioner pulley can be misaligned on the water pump and cause the timing belt to contact a bolt on the cylinder head, causing the belt to fail.

In addition, another recall was announced four years later in early 2008 and affected 2,000 vehicles, causing the aftermarket twitch style bike rack to potentially harm the owner. When moving the bike arm bracket to its down position, the pinch bolt could potentially cause severe cuts or potential amputation to the user’s fingertips or arms.

The fourth recall was again four years later in 2012, and affected over 1.3 million vehicles. The recall affected the low beam headlight, meaning that if the terminal ends melt with the wiring harness connector, the low beam headlights might become inoperative and damaged, reducing driver visibility and the ability to see the road, increasing the risk of a crash.

The next recall involves the ignition interlock deforming, causing potential rollaway. Removal of the ignition key when the gear selector of a vehicle with an automatic transmission can actually roll away if the transmission has not been shifted into the park position, since the ignition switch might deform and cause the interlock function to not work properly, increasing the Honda Pilot problems.

In addition, there have been multiple recalls about the passenger side airbag inflator and the driver’s frontal airbag rupturing after use. The passenger side airbag issues affect over 133,000 vehicles, meaning that the inflator could rupture with metal fragments striking the vehicle occupants and resulting in serious injury. The same occurs with the driver’s frontal airbag – affecting nearly 6.3 million vehicles.

The main areas of concern regarding the 2005 Honda PIlot involve the users complaining that the vehicle was slamming on the brakes – even when they were not pressing on the pedal. This eventually led to a huge safety issue and a widespread recall in March of 2013. The main categories of problems for this model involve the transmission for the users, along with numerous NHTSA complaints regarding the brakes. The main complaints for the transmission included the transmission fluid leaking into the radiator and transmission failure, with the main repair cost coming in at around $2,150 and occurring at around 121,000 miles.

This year of Honda PIlot has previously been considered “pretty good” according to numerous car reviewers, but in recent years has been demoted due to the continuous complaints about excessive oil consumption. The main user issues focus on engine problems, along with the 34 NHTSA Complaints. The main concern for hte engine had users complaining about the excessive oil consumption, engine failure, engine misfiring, and the engine knocking while driving. To remedy these issues, the typical repair cost came in at around $3,400 and occurred at just below 100,000 miles.

This year of the Honda Pilot just had minimal complaints of owners reporting the engine hesitates while accelerating, which was a problem that carried over from the previous year in 2012. The main user complaints referred to the body and paint, while the NHTSA focused on the engine issues that have been prevalent in so many Honda Pilot models. The main user concerns focused on the paint chipping, the paint peeling, and the rear hatch hinge cover buckling out. The typical repair cost for these problems come in at around $830, with the main solution being a repaint of the roof.

Jumping forward over 10 years in the production of Honda PIlot lineup, there has been a rocky road during each model, with some having high number of user complaints, and some being relative successes on the market. The top category of user complaints focus on transmission and electrical issues, while the NHTSA made over 200 complaints for the electrical system and 119 for engine issues.

The main problems within the electrical system of the Honda PIlot involve recurring fault codes, the engine not being able to turn over, the trailer stability assist not working, the keyless entry system having an error, a complete electrical failure, and a dead battery. To fix the recurring fault codes, it is not an expensive repair but just annoying to have to continually fix. The cost is around $80 and occurs at around 40,000 miles, with users stating that the keyless start system goes on and off intermittently, the check engine light comes on sporadically, the walk away lock does not work any more, the computer glitches, and the emissions light keeps coming on.

The NHTSA has made complaints regarding the electrical system as well, involving two fires and occuring around 40,000 miles. The vehicle has reportedly shut down while moving, turns off while moving from park to reverse, the keyless start system problem continues over time, and the emissions system warning light can come on the dashboard during use.

The NHTSA issues with the enseigne deal with the engine itself and the vehicle speed control. This has resulted in three crashes, two fires, one injury, and occurs at around 38,000 miles. When the engine idle is engaged, the car might not start. It also takes several tries to restart the vehicle. And the car can stop running while in traffic when you are idling for a period of time, making it a difficult situation while sitting in traffic.

The main recalls for the 2016 Honda Pilot involve the rear seat belt potentially getting trapped, with the third row seat belt getting stuck and the occupants not being able to be restrained properly, increasing the risk of injury in the result of a crash. This recall was in 2015 and affected nearly 1,400 vehicles.

The next recall involved improper software to module in the car, meaning that the system for the safety features in yoru Honda PIlot might not be able to warn the driver immediately when needed and the driver might be at a higher risk of a crash. This has affected nearly 35,000 vehicles and occured at the end of 2015.

The average amount of car owners that own the Honda PIlot give an average rating of 4.4 out of 5 stars. The Honda Pilot REliability Rating is ranked 4 out of 5 when compared to other vehicles and how the car owners feel about owning this vehicle. It ranks 1st out of 32 for all the different car brands. Despite having numerous Honda PIlot problems that have reduced the safety of this vehicle, the car still gains a high reliability rating from users.