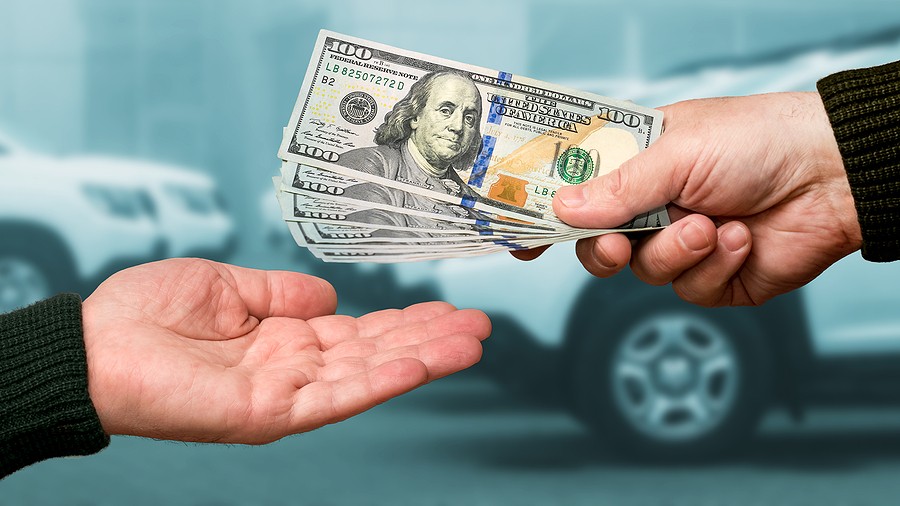 The cost of a new ignition switch for your car can vary greatly from one vehicle to the next. The make, model, and year of your vehicle are extremely important in determining the correct ignition switch that your car uses. Because there are different kinds of ignition switches including keyless transponders that work by the push of the button, and then the old school keyed ignition systems, the cost of the switch you use can range from as little as $35 to as much as $250. When you factor in labor you may end up paying anywhere from $150 to $500 to replace your ignition switch.

There are a lot of cheap options for buying what they call aftermarket ignition switches. You can consider these off-brand switches, like when you go to the grocery store and buy the store brand pop instead of Coke or Pepsi. Technically these could be perfectly serviceable and reliable parts. But it is usually recommended that you go with OEM Parts when it comes to your ignition switch.

OEM stands for ‘original equipment manufacturer’, and these are the parts that came with your vehicle when it was brand new. Your car manufacturer made it the way they did to run with the exact parts they put in it. Aftermarket parts could work, but OEM parts are likely going to work much better. They could be more reliable, and they will last longer. They're definitely going to cost you more, because the appeal of an after-market part is that it's usually a much cheaper option, but there's always a risk associated with choosing the cheaper option.

If you're not fully confident in your ability to assess the quality of parts like this, it's probably in your best interest to go with the OEM parts. Some high-end luxury vehicles have very unique ignition switch systems, and these can skew the prices greatly. If you have a luxury vehicle with a more unusual ignition system that unfortunately you're probably going to be paying significantly more to get this job done.

In general, it should take a mechanic about an hour to an hour and a half to replace the ignition switch in your vehicle.

What is An Ignition Switch?

It's connected to things like the ignition coil, the starter solenoid, and the starter motor. Most people know the ignition switch simply as your car's ignition. This is the spot on older cars where you would insert the key, turn it, and get the car started. Most newer cars no longer use an actual key to start the car up on ignition and have keyless ignition. The same principle applies either one, however. The difference between using a key and a keyless ignition system is that the keyless one uses a transponder to activate the car's electrical system that's in the key fob that you have in your pocket when you get into your car.

Hot-wiring a car was the process of circumventing the ignition system and connecting the appropriate wires to trick the car into thinking that you had inserted the key to fire up the car's electrical systems and get it going.

Signs of a Bad Ignition Switch

You're likely to notice right away if there's something wrong with your ignition switch. There are a handful of signs to look out for that will let you know you need to take your car in to have a mechanic check over at the ignition system.

Very likely this is an issue that grows over time and it will not happen just all of a sudden. You'll notice that as you are turning the key leading up to this it will become sluggish or feel kind of jammed. The problem gets worse until such time as you're simply unable to turn the ignition any longer.

You have to consider that the company that made your car probably makes tens if not hundreds of thousands of cars that are nearly identical every year. When you use a transponder key for ignition there are only a finite number of codes that the car recognizes to unlock the door and start the car. The lock tumblers in a door are less complicated than the ones in the ignition. It's possible then that you can unlock the door to a car that looks like yours and then not start the car because the engine immobilizer doesn't recognize your transponder signal for that. It's incredibly rare, and very goofy, but it has happened in the past. If you were in the parking lot of a mall for instance and you find that your car won't start when you get in just do a quick look around and make sure it really is your car.

Can I Replace My Own Ignition Switch?

Depending on why your ignition switch is no longer working, you can actually be fairly straightforward to replace it with a new one. There are videos online that can show me the step by step process of replacing the switch. If the issue is that the tumblers became jammed and your key got stuck in it, the process of fixing it is not too in-depth.

The most complicated part of this will be taking all the panels off of your dashboard. It looks a little messy and time-consuming. But it's not very hard and as long as you keep yourself organized it shouldn't be a problem. You just need to make sure you have the right replacement ignition switch and popping it back in and then replacing all the panels on your dashboard is not that hard at all. It's fairly quick, and much cheaper than heading to a mechanic to get the job done.

Even if your car uses a push to start ignition rather than a key, the process of replacing the switch is still not entirely complicated. Relative to a lot of car repairs that you could be doing on a DIY basis this one is fairly straightforward. If you've done a few basic and routine repairs in the past, change your oil filter, you know how to change out a tire when it goes flat, then swapping  your ignition switch out for a new one shouldn't be too much for you.

Like we said, there are numerous videos that you can watch online, and step by step how to use that can walk you through the process if you've never done it before but want to give it a try on your own. You'll definitely save yourself a couple hundred dollars in labour cost if you try it on your own.

If the problem you were experiencing with your ignition switch is that it is getting hot, or the key inside of it is extremely hot when it comes out, then you probably have a problem with an electrical relay somewhere else in the vehicle. Simply replacing the ignition switch is not likely to solve this problem for you and if you're not one hundred percent comfortable doing electrical repairs on your car, then you probably want to take this one to a mechanic to get it fixed just to be safe. If this problem is let go for too long it could lead to other parts of your car shorting out, or even a fire which is something you definitely don't want to have to deal with.

The last thing you want is a car that doesn't start, or one that stops unexpectedly while you're driving. You need to get your ignition switch looked at if it's giving you problems just so you can continue to enjoy and make the most of your car when you need it.

Aside from the inconvenience of your car not starting when you want it to, there is serious risk involved if your electrical system starts giving out on you while you're on the road. If your car stalls in the middle of driving then that could cause serious damage to property, and it could also end of seriously hurting yourself or other people on the road. There's no reason to risk your own safety or the safety of others for the sake of putting off a few dollars by waiting on a repair that needs to be done.

The bottom line is that this is a relatively cheap fix, it's even one that you could do fairly easily on your own. There's no reason to not get your ignition switch replaced as soon as you notice something is wrong with it, and many reasons to make sure you get it done in a timely manner to maintain proper working function of your car and for the sake of your safety and the safety of others..