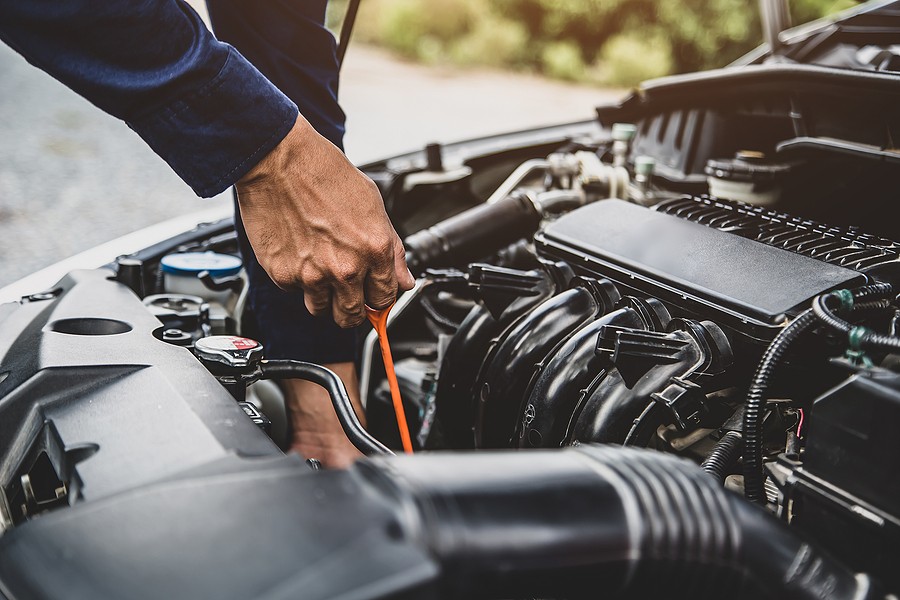 Back in the day diesel engines were almost exclusively used for 18-wheeler trucks and large construction or farm equipment. The idea of a car that ran on diesel was almost unheard of because it was considered an impractical fuel. These days, however, as diesel fuel has become more efficient and less polluting, diesel engines in passenger cars are becoming a more and more viable option. In fact, diesel engines make up around 50 percent of the passenger car market in Europe.

A number of European automakers have started to make diesel vehicles for the North American market although they still haven't been readily accepted. You can buy diesel powered vehicles from Volkswagen, Audi, and Subaru among others in North America right now. They just haven't really become widespread and readily accepted by most drivers to the point that many people aren't even aware that these vehicles are options.

Since diesel is still so rare in North America most drivers are not aware of the potential benefits and drawbacks for choosing a diesel engine over a typical gasoline engine. Let's take a look at how a diesel engine works and why you might want to use one.

How Diesel Engines are Different Than Gasoline Engines

Obviously, the main difference between a diesel engine and a gasoline engine is that a diesel engine runs on diesel fuel while a gasoline engine runs on gasoline. The two fuels are not totally dissimilar from one another but they are not the same and are not compatible with one another. Diesel fuel is produced through the process of distilling crude oil and the end result is a lot denser than gasoline. It's often susceptible to cold weather in a way that gasoline isn't, which is why diesel has a bad reputation for not working in cold weather, and also why you can buy something called cold weather diesel which is a kind of fuel that has additives that help it work.

Aside from the actual fuel that they run on, the other big difference between a diesel engine and a gasoline engine is the way it burns the fuel. Both of these engines rely on internal combustion to power them, which is to say that the fuel is ignited in the engine which causes the pistons to move and turn the crankshaft, allowing the entire engine to power the vehicle. However, the way that combustion occurs is not the same in a diesel engine and a gasoline engine.

In your traditional gasoline engine, you have fuel injected into the combustion chamber where it's mixed with air. A spark plug then sparks, which ignites the fuel and air mixture creating a small explosion in the cylinder. This forces the piston down which turns the crankshaft. This happens over and over again, many times per minute, which allows the engine to perform its duties and causes your car to actually move.

In a diesel engine there are no spark plugs present at all. If anything, you're going to have glow plugs in a diesel engine, but these do not create a spark nor do they ignite the fuel mixture. Glow plugs only exist to warm up the diesel fuel and air mixture so that the compression can ignite the fuel mixture. That's the key difference between diesel and gasoline engines. Diesel engines use compression to generate the heat that then produces a spontaneous ignition in the fuel. This can't happen in a gasoline-powered engine and, in fact, if it did it would probably destroy your engine.

Another way to understand how diesel and gasoline engines differ from one another is appreciating the fact that diesel fuel is a combustible substance and gasoline is a flammable one. The difference here is that gasoline requires heat to combust, but diesel needs heat and pressure. So, in the combustion chamber of a diesel engine the fuel is compressed so powerfully that the temperature rises due to the pressure and that causes the explosive reaction which makes the engine work.

Diesel engines are either 2-stroke or 4-stroke engines which means the pistons will make two strokes or four strokes before combustion occurs. These are also longer strokes than you're going to have in your standard gasoline engine.  Because of the way the diesel engine works it means that it is able to achieve greater speeds than a typical gasoline engine can and also much more torque. That's why it's so important for these big vehicles to run on diesel because they require more torque to do the work that they do.

Which is Better, Diesel Fuel or Gasoline?

The reason that gasoline has long been favored over diesel fuel however is because diesel does tend to work better for more extended use. It proves itself to be far more efficient if you're using it for long drives or if you're hauling big loads behind your vehicle, the way trucks and farm equipment do.

Diesel also offers up superior fuel economy when you compare it to gasoline. You end up getting somewhere in the neighbourhood of 25% to 30% more fuel economy when you're running diesel than you do on an engine that is powered by gasoline. That puts diesel engines almost on par with a gas-electric hybrid engine.

In terms of costs, it can be a mixed bag dealing with diesel these days. There was a time when diesel fuel was far cheaper than regular gasoline. Now, you'll head to the gas station and see that sometimes diesel is the same price as gasoline, sometimes diesel is cheaper than gasoline, and sometimes diesel is more expensive than gasoline. It's really become a volatile thing predicting how much diesel is going to cost. However, since the fuel economy is so much better as we said, even at the same price or slightly more expensive,  it will still achieve better gas mileage when you go with diesel than you would with gasoline.

How Long Do Diesel Engines Last?

Since diesel engines are often used in long haul trucks, they’re designed to do some hard work. A high-mileage diesel truck could have upwards of 750,000 miles on it or more. Hitting 1 million miles is not rare at all. However, that’s the standard for diesel trucks. If you have a car that runs on diesel things are a little different as you can imagine. A diesel car engine is not all that different from a standard gasoline-fueled engine. If you’re buying used, you’d likely want to be cautious of any diesel engine that has over 100,000 miles on it. If you manage to get 300,000 miles out of it, then you’ve probably beat the odds and managed to get a car that has had a very long life.

Diesel engines do tend to be more durable than gasoline powered engines, however. Because a diesel engine has fewer components in it that means there are fewer things that can wear out or break on you over time. For that reason, they will tend to last longer. That also means you're less likely to need any kind of maintenance on your engine if it runs on diesel, which could end up saving you money in the long run. However, there is a caveat to that. If something does go wrong with your diesel engine it's going to probably be much more expensive to get fixed. So even though you're going to require fewer repairs, the ones you do require will end up being more expensive in the long run. So, it's a bit of a balancing act to determine whether or not it's worth that in this regard. It will last longer, but it may cost you more to fix it if something does go wrong.

Diesel has had a few things going against it over the years that have caused it to be a far less popular fuel source than gasoline. In practical terms, a diesel engine is a big bulky piece of machinery. Diesel engines are heavier than gasoline engines. When the push was on to make lighter, more economical vehicles due to the fuel crisis many years ago, automakers really went out of their way to strip down as much as they could for vehicles to make them lighter. This was even exemplified in the switch from timing chains to timing belts back in the day. Anything to cut costs and weight which would allow the vehicle to have better fuel economy because the engine didn't have to work as hard to move so much weight. So, because diesel engines are so heavy, they proved to be less desirable. An engine has to work harder to carry itself if it weighs so much more.

Another problem that was holding diesel back for many years was the environmental one. Diesel fuel was notoriously bad for the environment for many years. Before technology managed to catch up with how well diesel fuel can be refined, it was notorious for omitting dangerous fumes and a lot of sulphur. That's why big trucks used to smell really bad back in the day when you got caught behind one and its exhaust. It had almost a rotten egg smell because of the sulphur content that was present in diesel fuel. However, these days diesel has to meet some very strict requirements about the sulphur that is contained in it and there is almost 0% sulphur present in modern diesel fuel. As a result, modern diesel engines produce far less emissions than they once did, and it is a much safer fuel.

Diesel also has a reputation for being difficult in cold weather. Diesel fuel is denser than gasoline as we said, and when it gets cold diesel fuel can run pretty thick. That means starting your car on a cold winter morning when it runs on diesel could potentially take a bit longer than a gasoline-powered vehicle. For that reason glow plugs are included in diesel engines to help warm up the fuel so that the compression reaction can make the fuel combust.

There are two types of diesel fuel currently available to most vehicles that run on diesel. These are known as diesel 1 and diesel 2 fuel. Diesel 1 fuel is a thinner fuel which allows it to work better in cold weather. Most diesel vehicles run on diesel 2 because it's better at lubrication and produces better RPMs which enhances torque and improves the efficiency of long-haul vehicles that run on diesel.  So, it is possible to overcome the problems of how diesel reacts to cold weather depending on how you manage your vehicle.

Because gasoline  powered engines were the standard for so many years the industry hasn't caught up with the innovations in diesel fuel technology to such a degree that they have made it an option for most drivers at this point however. Once people start producing diesel engines in greater abundance and making diesel powered vehicles more readily available, then we will likely see more of them on the road because the reasons they weren't available before aren't really applicable in the modern age.

At the end of the day a diesel engine is not so different from a standard gasoline powered engine. It's really simply the way that the combustion reaction occurs that makes it different, and the kind of fuel that you need to provide which creates the difference in performance from one vehicle to the other. Although diesel has the reputation of being dirty and exclusively for working vehicles, that really is an outdated idea. Modern diesel vehicles have a lot going for them and can perform as well or better than typical gasoline engines.