Gasoline In Diesel Engines: What You Need To Know! 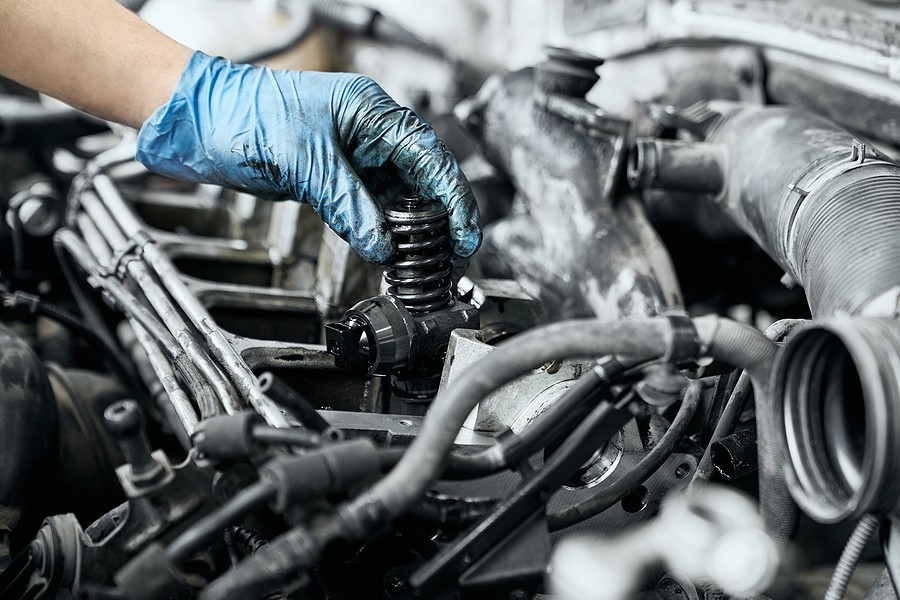 You know by now that there are two different kinds of engines – gasoline engines and diesel engines. Diesel engines usually have specific benefits for the driver, such as enhanced fuel mileage, greater fuel efficiency, and environmental benefits. However, if you add gasoline in diesel engines without meaning to, this can lead to a damaged engine and potentially irreversible engine damage.

When looking at how gasoline in diesel engines can affect the car’s performance, you need first to know the difference between diesel engines and gasoline engines. Although they theoretically work in similar ways, powering your vehicle and using a fuel source to make your car move, they have differences that drastically set them apart.

The similarities between gasoline and diesel engines are that they are both internal combustion engines, working on transferring the chemical energy in fuel into mechanical energy to power the car. This mechanical energy must work to move the pistons within the cylinders, in turn moving the crankshaft.

The frequent movement of the pistons, called linear motion, is then translated into rotary motion. This rotary motion makes the wheels spin and powers the vehicle in the intended direction. In addition, both diesel engines and gasoline engines convert fuel into usable energy through the internal combustion system.

The difference between gasoline and diesel engines is that the internal combustion occurs in varying ways in both engines, meaning the combustion process varies. This is why if you put gasoline in diesel engines, the car will not be able to run properly.

In gasoline engines, the fuel is mixed with the proper air ratio to power the car. This fuel is mixed and compressed by the pistons and ignited at the right time due to the necessary spark provided by the spark plugs, called the ignition timing.

The diesel engine uses a four-stroke combustion cycle, which is the same as the gasoline engine. Despite these steps being the same, you should still avoid putting gasoline in diesel engines. There are four main strokes in this cycle, which are:

During this first step, the intake valve opens and creates the piston moves up and down, leading to the linear motion that will soon be converted into a rotary motion for the wheels and your vehicle.

After the piston moves down, we know that the piston must move back up to continue creating energy. The compression stroke involves the piston returning back to the ‘up’ position and compressing the air to make the proper pressure and fuel and air mixture. If this step does not occur when you add gasoline in diesel engines, you should get your car checked by a trusted mechanic.

Once the piston returns to the top and the ‘up’ position, the fuel is injected at the precise moment. If the fuel injector is broken or faulty, it will not inject fuel at the correct time, and the firing will be off. In addition, if the ignition timing form the spark plugs occurs at the wrong time, the fuel will not be able to light and cause combustion.

The last step of the four-stroke cycle for both gasoline and diesel engines is the exhaust stroke. This is where the piston moves back towards the top of the range of motion, pushing out the final bits of exhaust that have been created by the combustion of the fuel, getting rid of any harmful glasses that could be a detriment to your engine.

Despite the four-stroke being the same process in both gasoline and diesel engines, the way the fuel is injected into the engine differs between these two mechanisms. This is potentially the biggest difference between diesel and gasoline-powered cars.

Most car engines utilize a port injection or a carburetor. The port injection system adds the fuel just before the intake stroke and works in tandem with the ignition timing and the spark provided by the spark plug. On the other hand, the carburetor mixes the air and fuel before the air enters the internal cylinder.

Since these two processes are different and add the fuel at different times in the internal combustion process, adding gasoline in diesel engines can mess up the proper steps. The compression of fuel and air mixture can limit the engine’s ratio, meaning that if the compression is too strong or too weak, this can cause the dreaded sound of engine knocking. Engine knocking can immediately damage the engine and lead to issues with excessive heat, friction, and spontaneous combustion.

Diesel engines utilize the direct fuel injection, where the fuel is added into the cylinder right before the intake stroke. Unlike the gasoline cars, the fuel injector on the diesel engine plays possibly the most significant role and is quite complicated in its construction. It has to function to deliver fuel on time while withstanding scorching temperatures, preventing friction and overheating form harming its components.

The electronic control module is the computer of the car. All functions within most engines, whether diesel or gasoline engines communicate with various sensors that measure a wide range of data, such as engine RPM and oil temperatures. You might find that the electronic control module takes over the glow plug’s function in larger engines. However, in diesel engines, glow plugs are still used to create the additional heat needed to start the car.

When looking at gasoline vs. diesel fuel, you might notice the extreme differences in each liquid’s composition. These differences are exactly why you cannot add gasoline in diesel engines and expect your car to run normally.

Diesel fuel evaporates slower due to the heavier consistency, oily nature, and higher boiling point. It will take less refining to create diesel fuel, which is why if you add gasoline in diesel engines, the consistency will not work to create the necessary combustion. In addition, diesel fuel has a higher energy density, showing why diesel engines get better gas mileage than gasoline-fueled cars.

The advantages of using diesel fuel and having diesel engines are that these engines emit minimal amounts of co2, significantly harming the environment and the air that we breathe. Also, diesel engines get better fuel efficiency, leading to increased miles per gallon which also enhances the environment, meaning you have to fill up less often, and you spend less money on gas.

The disadvantages of using a diesel engine are that excessive nitrogen is released from the diesel fuel, leading to smog and acid rain, somewhat counteracting the previous health benefits of using diesel fuel. In addition, if you use gasoline in diesel engines instead of the diesel required, you can permanently harm your engine and lead to an engine replacement over time.

So, what happens when you put gasoline in diesel engines? Say you accidentally grab the wrong pump at the gas station and let it sit in your tank for a few seconds – what happens now? Although you may not think this is a big deal, it kind of is. Check out why.

The first thing that happens when you accidentally put gasoline in a diesel engine is that the fuel will depress the ‘flashpoint’ of the diesel. This means that the ignition point and the boiling temperature will now be uneven throughout the tank, leading to engine misfiring and uneven burning temperature. This is quite dangerous for you and your passengers, as pockets of higher gasoline concentrations can develop, leading to inconsistencies in your engine performance.

Since there is such a big discrepancy between gasoline and diesel’s flash point temperature, even adding just a few drops of the gasoline in the diesel engine can severely affect the overall temperature of your engine. Just 1% of contamination can lower your engine’s entire flash point temperature by 18 degrees celsius. This means that putting gasoline in diesel engines can prematurely ignite the engine, leading to irreversible engine damage and potential engine replacements.

The second damaging thing that can occur from adding gasoline in diesel engines is the fuel pump and the fuel injectors. Since we know that gasoline and diesel consistency are quite different, gasoline can be considered more of a solvent, while diesel has a very oily consistency and weight. Diesel can lubricate the fuel pumps and injectors while adding gasoline in diesel engines will not provide the proper lubrication or cooling to prevent overheating and friction.

Adding gasoline in diesel engines will result in excess blake smoke coming from your exhaust, showing the driver right away there is a problem with incomplete combustion and harmful emissions. If this happens, your vehicle’s engine control unit will try to change the fuel and air mixture, harming your engine’s performance and the vehicle’s sensors, since they have to adjust to the improper fuel and air mixture ratio.

Although you may not think it is a big deal to add just a few drops of incorrect fuel to your gas tank, adding gasoline in diesel engines can severely harm your engine, fuel injectors, and fuel delivery system due to the vast differences between these two types of fuel. Keeping your engine running at a healthy level and at a high-performing level includes adding the right kind of fuel for your car, whether gasoline or diesel.

Knowing the signs and risk factors associated with adding gasoline in diesel engines can help you stay aware of this issue’s consequences. If you notice incomplete combustion, damaged fuel injectors and fuel pump, and a lowered flash point and combustion temperature, this can indicate you have added gasoline to a diesel engine.