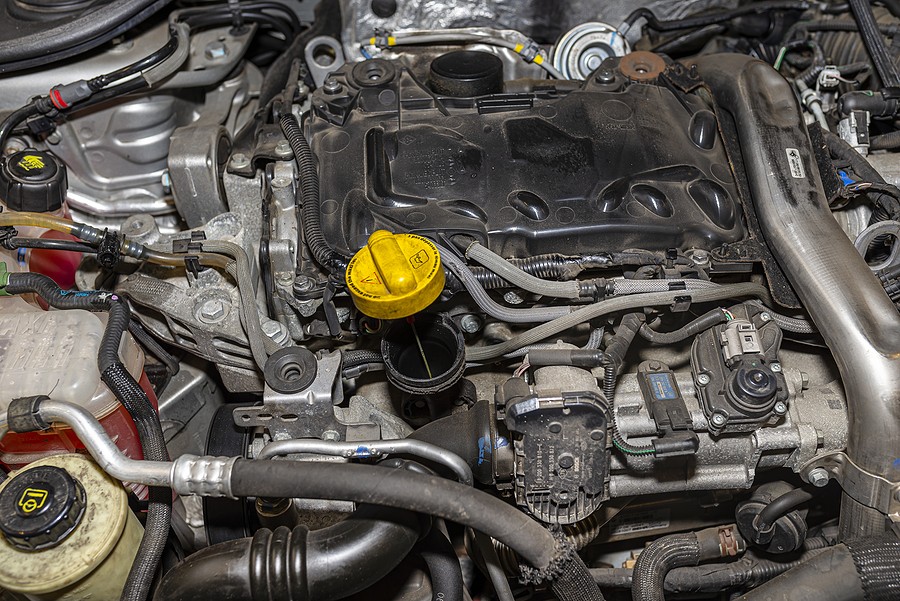 If you're driving a vehicle that runs on diesel fuel you need to know that there are several different kinds of diesel available to you. The most common types of diesel fuel are known as Diesel 1 and Diesel 2. Diesel 2 is the most widely used although it's not always the best in every situation. Let's take a look at exactly what diesel is, and how Diesel 2 is different from other fuels available.

What is the Difference Between Gasoline and Diesel Fuel?

Nearly every gas station you go to will have the majority of pumps setup for regular gasoline and at least one or two that provide diesel fuel. Most drivers probably don't give these other pumps a second thought because their car doesn't run on diesel, so they don't worry about what it is or why it's even a different substance.

For the most part, a diesel engine and a gasoline engine work in the same way. They both rely on combustion that turns the fuel into energy to allow the vehicle to move. They both have  cylinders and pistons that move and create motion allowing the wheels to turn. The difference between the two is the way in which the fuel is used.

Inside your engine, diesel fuel is added by direct fuel injection so it is added right into the  cylinder. Because of this it operates at very high pressure and high temperatures. If your engine is using regular gasoline, then there's far less pressure or heat required because a spark plug is present that will ignite the fuel.

Diesel fuel is produced by distilling crude oil and is actually much denser than gasoline. The boiling point of diesel is higher than water so it has a low evaporation point while regular gasoline can evaporate at room temperature.

One of the big differences in defining gasoline vs. diesel is that diesel fuel is classified as a combustible substance which means that in order for the reaction to occur you need not just heat but compression as well. That pressure is important to getting diesel fuel to function.  On the other hand, gasoline is classified as a flammable liquid. Based on that definition the pressure is not required to create a reaction in gasoline, it just needs a spark or heat source for it to ignite and work as a fuel.

As we'll see later on, another major difference between gasoline and diesel fuel is the chemical composition. Specifically, although they are very similar, diesel fuel does contain sulphur which has to be regulated because it will produce significant greenhouse emissions that are not a concern with regular gasoline.

In terms of how they work in a vehicle, the biggest and most important thing to know about diesel fuel vs gasoline is that diesel fuel is actually a far better fuel in terms of making a vehicle work than gasoline is. The power generated by burning diesel is much greater than regular gasoline. That means diesel is a far more efficient fuel than gasoline, because it has a higher energy density.

If you're interested in the very scientific and potentially confusing numbers behind this, one gallon of diesel fuel can produce 155 X 10 to the 6th power joules of energy. Gasoline, at an equivalent volume, will produce 132 x 10 to the 6 power joules.  That translates to 147,000 BTUs for diesel compared to 125,000 BTUs for gasoline. And it's also worth noting that gasoline is actually mixed with ethanol to increase that energy efficiency.

Based on all of this you may be wondering why anyone would use anything but diesel in their vehicles. You should know that the EPA has studied this thoroughly and determined that these numbers bear out when diesel is used in heavy machinery. That's why large trucks run on diesel and small vehicles don't. Cars are far less efficient at using diesel and in cold weather diesel fuel performs much less efficiently than regular gasoline. So, for the most efficient use of fuel, you would use diesel only in large vehicles that drive quite a bit and gasoline is far more efficient in smaller vehicles.

What is the Difference Between Number 1 and Number 2 Diesel Fuel?

Typical gasoline that you use in a regular car on the road has an octane rating. Diesel’s equivalent of this is called a cetane rating.  The cetane rating of diesel fuel speaks to fuel efficiency, volatility, as well as seasonality, which is to say how it handles weather and temperature extremes.

There are two grades of diesel fuel that are most commonly used in vehicles. Diesel 1 is a little more volatile but it's also thinner. It flows more freely which allows it to work better in cold weather and in winters.

Diesel 2 is better at lubricating and is more viscous. Vehicles that use Diesel 2 tend to run less hot than vehicles that use Diesel 1 and can extend their RPMs. They also have enhanced torque which is important for hauling heavier loads. You get increased miles per gallon with Diesel 2 and extended maintenance life. In general, Diesel 2 is what you want to be using in a vehicle that sees a lot of time on the highway.

In specific terms, here are the main differences between Diesel 1 and Diesel 2 so you know exactly the pros and cons of each.

Diesel 1:  Diesel 1 has a shorter ignition delay. This means you get faster, more efficient starts which will cause less strain on your car or truck batteries. It has a higher cetane rating which reduces maintenance requirements. This is because Diesel 1 is more volatile, meaning it vaporizes more readily than Diesel 2.

Diesel 1 typically has additives that increase lubrication to help everything move more smoothly and reduce friction as well as detergents that can keep the fuel lines, injectors, and fuel system running longer. The biggest selling point for Diesel 1 however is the way in which it performs in cold weather. It's called winter diesel for a reason and has a much lower viscosity that allows it to continue flowing and reduces the jellification that can occur in Diesel 2 in colder temperatures.

Though Diesel 1 is known as winter diesel because of its low viscosity, this can make it perform more poorly in hot weather. At high temperatures Diesel 1 may be too thin to perform optimally.

Diesel 2:  One of the big selling points of Diesel 2 is that it does not cost as much as Diesel 1. Because it goes through less refinement than Diesel 1, you won't end up paying as much for Diesel 2. It has a lower volatility than 1 and, of course, it has that increased viscosity which is a benefit in warmer weather as well as in engines that would typically run very hot.

Diesel 2 is the most commonly available diesel fuel in gas stations. The increased fuel economy due to the lower price and its lower volatility makes it an attractive option for most drivers. On longer trips, it makes better financial sense to use Diesel 2.  That said, Diesel 1 does have more additives which you may need to add to Diesel 2 if you use it regularly.

In so many words, Diesel 1 is the premium version of diesel fuel while Diesel 2 is just the standard version.

Can You Mix Diesel 1 and Diesel 2?

For many of the fluids that you put in a vehicle, things like coolant and motor oil, you need to make sure you only mix like with like. You never want to mix silicone-based brake fluid with glycol-based brake fluid, for instance. Likewise, if you're using green coolant in your radiator, it could spell disaster if you add orange into the tank. However, when it comes to diesel fuel, you have much more latitude.

If your fuel tank is currently full of Diesel 1, you won't harm it by adding Diesel 2 to the tank the next time you fill up. If you have an engine that was designed specifically for Diesel 2 it could end up reducing the overall lifespan of your engine if you continue to use Diesel 1 over a very long period of time. However, if you're just filling up once or twice, or you are using Diesel 1 in cold weather because it handles that better, it shouldn't be a problem at all.

Diesel 2 is considered a low sulphur fuel. Low sulphur Diesel 2 was to contain no more than 500 parts per million of sulphur and as of 2014 ultra low sulphur diesel became the standard in use for diesel engines.

Lower sulphur is important for emission controls and Europe actually led the way in developing low sulphur diesel fuels quite a bit before North America got on board. Combined with technology that is used to eliminate harmful emissions from your exhaust and ultra low sulphur diesel fuel, the amount of sulphur produced by modern diesel engines is very close to zero. This is important for reducing ozone precursors.

Based on current standards diesel should have less than 15 parts per million of sulphur.

What is the Difference Between Biodiesel and Diesel 2?

Biodiesel is not exactly the same thing as regular diesel fuel. The reason it is called biodiesel is because it is a combination of organic matter that can be swapped in for standard petroleum-based fuels. Biodiesel is up to 5% organic material and fuel. Generally speaking, biodiesel will be called B5 diesel, separating it from Diesel 1 and Diesel 2. A diesel engine can typically run fairly well with as much as 30% biodiesel blend inside.

Obviously, biodiesel is a preferred choice for those who are concerned with the environment because, as biomass energy, it can be regenerated at least in part. Fossil fuels of course are incapable of being renewed which is why they are a problem.

Biodiesel is prepared from unprocessed or even used vegetable oil and animal fat. Often is made from things like soybeans, oil palm, pistachio, algae, and old cooking oil.

What is the Difference Between AG Diesel and Diesel 2?

AG diesel is also known as a red diesel. This is not fuel that is sanctioned for use in vehicles that drive on public roads, however. For the most part you're going to use red diesel in off-road vehicles or agricultural vehicles of some kind. You'll know that this is what you're dealing with because it actually is dyed red so that you can see at a glance it is something different.

Red diesel is significantly cheaper than other kinds of diesel but it's illegal to use it in a vehicle that's going to drive on public roads. You could actually get fined several thousand dollars if you're caught using red diesel in a truck that is driving down public roads.

In some places they refer to red diesel as Cherry Juice but it's identical chemically to Diesel 2 with the exception of the color additive. The difference has to do with tax rates. Because it's not used for vehicles on public roads it's taxed differently and ends up being much cheaper at the pumps. So, the temptation is there for some people to use red diesel instead of Diesel 2 since it's the exact same thing but cheaper. But, as we’ve seen, it's dyed red so that it can be identified if your fuel tank is inspected for legal purposes. Essentially, using red diesel is a form of tax evasion which is why it's not allowed.