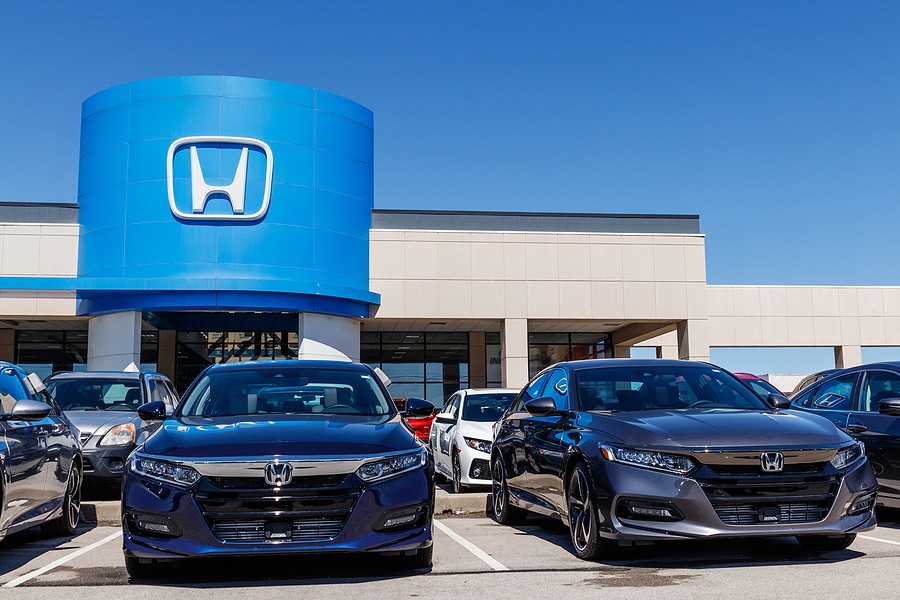 The Honda Insight is a hybrid electric car that was manufactured and produced by Honda, a Japanese multinational automaker, and is procured in the first generation as the two-door, two passenger liftback produced from 1999-2006. The second generation of the insight was produced as a four-door, five passenger liftback from 2009-2014.

In the third generation of the Insight, it became a four-door sedan that has been produced from 2019 until the present. This Insight was Honda’s first model that used Integrated Motor assist, a hybrid car technology that uses an electric motor mounted between the internal combustion engine and the transmission to function as a starter motor and engine balancer.

Honda introduced the second generation in the beginning of 2009, creating the least expensive hybrid available in the entire United States. In the late months of the same year, hOnda introduced a less expensive base model for customers who did not want to spend a fortune on an electric car for the 2011 model year.

Although there are various Honda Insight problems, the Insight ranked as the top selling vehicle in Japan for the month of April in 2009, which was a first for a hybrid model ever in production in the United States.

Before 2001, there were very few reported problems regarding this model, from both the users and the NHTSA. Even so, the 2010 has had very little complaints compared to other vehicles and has just minor issues that have spurred users to file any problems with this year of the Insight.

The main categories of concern for users in the 2010 Insight focus on the body and paint problem and the interior accessories while there were also over 60 complaints from the NHTSA regarding the seatbelts and airbags. For the body and paint, the main issues were the paint peeling, the paint scratching very easily, the water leaking into the electrical system, and the front bumper having some durability issues. To fix the paint on the car, the typical repair cost came out to around $1,500 and occurs at around 109,000 miles.

The NHTSA complaints for the same model year focused on the seat belts and air bags, with over 55 complaints for the airbags and 5 complaints regarding the seat belts. Users reported that the air bgs did not deploy in the event of an accident, the airbag warning light stayed on during use, the airbags failed, and the brakes failed to stop the car in the event of a crash. The aforementioned issues have resulted in 9 crashes, 7 fires, and occur at around 21,000 miles.

The following year of the Insight also had relatively few problems when compared to other years, and to cars on the market in general. This war the year before the worst on the record – the 2012 Insight. The main categories of concern for the 2011 Insight focus on the engine category for users and the seatbelts and air bags for the NHTSA. Users reported that from the neigne there was bad sound coming from the engine during use, the engine valve was noisy while idling, there was excessive oil consumption, and there was sudden acceleration.

For the NHTSA, many complaints were lodged about the airbags in the car, with users stating that the airbags didn't deploy during a crash, the airbags failed during use, and the parts needed for the recall were not available. These issues have resulted in 2 crashes, 2 injuries, and occur at around 7,600 miles.

This year for the Honda Insight was by far the worst model in terms of user complaints and NHTSA issues, with over 80 complaints regarding the engine and the NHTSA citing also a high number of issues for the same category. Regarding users and owners who were complaining about the engine, multiple owners stated that there was excessive oil consumption, engine failure, jerking while accelerating and the engine stalls while driving. To fix these issues, the typical repair cost came out to around $2,070 and occurs at around 64,000 miles.

Despite the worst year behind Honda, the following year still had some issues to take care of in 2013. The problem category stayed the same – the engine still had some unresolved issues that needed to be taken care of, according to both owners of the car and the NHTSA. Users stated that there was excessive oil consumption, the engine stalls while driving, the exhaust valves melt, and the spark plugs can melt during use, with the typical repair cost coming out to around $3,350 and occurring at around 56,000 miles.

Regarding the 2012 Honda Insight, there were various recalls that can show the extent of the Honda insight problems. The first recall was announced in February of 2016, with the recall involving the frontal airbag inflator possibly rupturing. In the event of a crash that would otherwise cue the driver’s frontal airbag, the inflator could rupture and send metal fragments into the car. This recall affected over 2 million vehicles.

The next recall dealt with the same problem ,with the inflator rupture possibly resulting in metal fragments striking the vehicle occupants resulting in injury or death, with the vehicles affected equalling around 1 million.

Other server recalls that influenced the Honda Insight was the visibility issues that affected the rearview mirrors and devices. In 2018, a recall was set for certain 2019 Honda Insight vehicles that affected backup cameras, with the center display possibly not functioning properly. If this was the case, the vehicles fail to comply with the requirements of the safety standards.

In addition, the following year in 2019, there was a recall involving the passenger side frontal airbags that affected the 2010-2013 Insight. The front passenger airbag inflator could be installed improperly and cause a replacement necessity, meaning that the inflator might not properly deploy the passenger frontal airbag in the event of a crash.

One of the first recalls regarding the Honda insight dealt with the exterior lighting and the headlights on certain passenger vehicles, the low beam option on the headlight wire harness could potentially overheat and cause the low beams to fail without any warning. An unexpected loss of low beams could cause a crash.

In addition, the NHTSA safety ratings earned a 5 out of 5 for overall rating, 5 for frontal crash, 5 for side crash rating, and 5 for rollover ratings. With high safety scores, the Honda Insight earned top rankings for the safety and reliability caegory, with the score being ased on the Insurance Institute for Highway Sfaety crash test ratings and the National Higwhay Traffic Safety Adminstration sfety ratings.

The 2021 Honda Insight earned the #6 ranking for the Hybrid and Electric Cars category, due to the incredible and high gas mileage and fuel economy, and the user-friendly and easy to use features that anyone can figure out. However, despite these positives, it is not the most athletic or performance oriented car on the road, which places it in the middle of the pack in terms of hybrid cars and electric car rankings.

The pros of the Honda Insight is the top of the line gas mileage, the comfortable ride for all day use, the quiet and comfortable interior, and the easy to use technology and the safety features. The cons of the Honda Insight involve the noisy gas engine at a high engine RPM and the lack of sportiness and performance when compared to the rivals in the hybrid and electric car category.

The other rankings that the Honda Insight gained was a #12 ranking in the Small CArs category, along with the $6 in the Hybrid and Electric Cars category. In addition, it earned an overall score of 8.0 out of 10 for hte US News Scorecard, with the critics’ rating coming out  to 7.8, performance to 8.6 out of 10, interior 7.4 out of 10, the safety a perfect 10 out of 10, and the JD Power Reliability rating earning a 3 out of 5 stars.

The Insight and the Toyota Corolla are similarly matched in terms of performance features, and are direct competitors to each other. The better pick for you might come down to your personal preference. These cars are about the same in terms of value and cost, and they both offer a comfortable ride for all day use and contain various standard features with driver assistance technology. However, the Corolla Hybrid offers a better highway fuel economy than the Insight, which can show to be a Honda Insight problem.

The Hyundai Ioniq vs the Honda Insight is a close matchup and tight competition where the “winner” of the head to head match depends on what you care about her most. A clear advantage for the Hyundai option is that it comes in different models and options – the hybrid, plug in hybrid, and all electric model. In comparison ,the Insight only comes in a traditional hybrid model which is slightly limiting. In addition, the Ioniq is more fuel efficient and it has a more oxiuros inteiro and nicer materials, although the Insight has more legroom and seat room than the Ioniq.

Honda Insight vs. Honda Accord Hybrid

To know the Honda Insight problems, you have to know the specs about the Insight engine, the gas mileage ,and the ride quality and handling. The Honda hybrid features a four-cylinder engine and an electric motor that adds together to produce over 150 horsepower. With quick and punchy acceleration, the Insight has no trouble getting up to a high speed on the highway or when powering up a hill. In addition, the gas engine makes a lot of noise while you are accelerating, but this is counterbalanced by the ample power it has for a variety of situations.

Along with the engine qualities, the gas mileage is an important quality when determining the Honda Insight problems. Few cars in any class can beat the overall Honda Insihgt’s gas ratings and fuel economy. The Insight earns a stellar 55 miles per gallon in the city and 49 miles per gallon on the highway.

Lastly, along with the engine and the gas mileage, the Insight ride and handling are important qualities when determining the severity of the Insight problems. Locating the battery pack under the rear seats improves trunk space and gives the Insight a low profile and center of gravity, helping it remain balanced around the turns and easy to control. Despite not being a sporty car or performance-oriented, it delivers a smooth ride and allows for smooth acceleration.