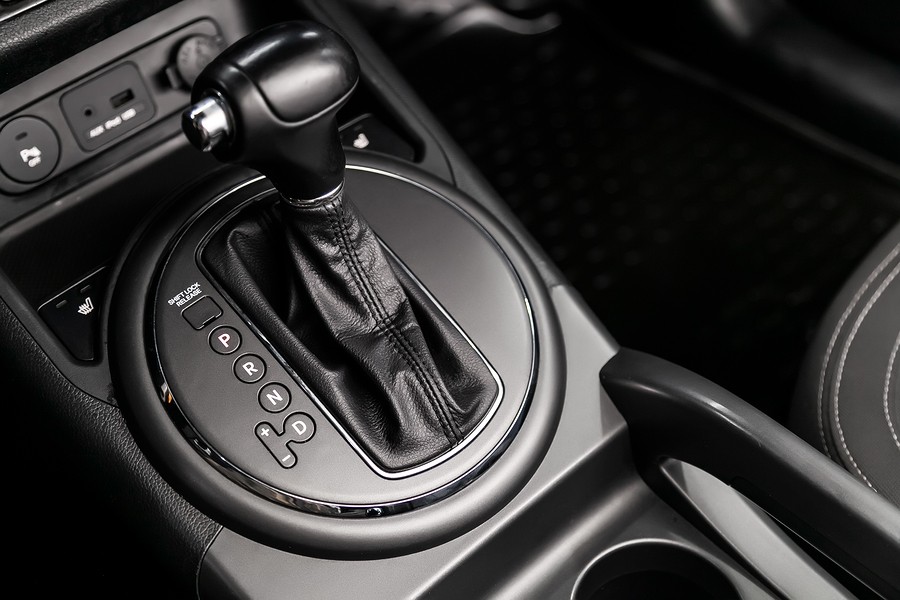 Have you ever heard of the term overdrive? You might be imagining it to be a button that would give your car superpowers to make it drive faster just like the movies. Unfortunately, that is not the case. Overdrive is a feature in most cars and it acts as an inhibitor against your car’s fuel needs. How is it possible for this to happen? Overdrive reduces the amount of strain put on your car’s engine.

What Does Overdrive Do?

Overdrive is a special gear in cars and its overall function is to reduce the burden on a car engine. This means that the gear gets the engine to perform optimally depending on the current requirements. Furthermore, an engine creates more power in the lower gears.

Are you familiar with gear ratios? If so, you know that a gear ratio over one will mean that the engine is producing more power. So let’s say you put your car in overdrive. The gear ratio in overdrive is 0.6 to 0.8 against 1. You might be thinking to yourself what do all of these numbers mean? This means that your car can cruise at faster speeds but in a low RPM. Overall the overdrive gear will focus on producing faster wheel rotations in a minute.

Now, you might be curious as to when you should be using overdrive. Think about this. When you are driving along the highway, you don’t need to continuously accelerate. This means that overdrive gears are preferable for highway driving rather than city driving because you don’t need to accelerate as much.

How Was Overdrive Developed?

Going back in time to when cars were first developed, they didn’t need a lot of power to allow them to drive at acceptable speeds. To this point, cars also did not have six different gears. As time went on cars got more powerful and could accelerate faster. Technology started to advance and gears became more important.

Many individuals thought that to increase power you needed to add more gears. This was not always the case. Overdrive was developed as a way to keep the engine operating at a sensible RPM. This was put into place instead of adding separate cruising gears to the transmission.

This two-gear overdrive system has become popular and is used on many different cars. This gear offers an option to everyone for efficient cruising at higher speeds. It was a great option to add to cars instead of adding more gears than there already was.

How An Overdrive System Works

An overdrive system is an electrically operated gear train bolted behind the transmission unit. There are a few ways this can be incorporated into the car. One way is that it can couple the input drive shaft directly to the output shaft. Another way is to increase the output speed so that it will turn quicker than the input shaft.

This means that the output shaft could be overdriven compared to the input shaft. Additionally, in newer transmissions, the overdrive speeds are a result of different combinations of gear sets. These gears are integrated into the transmission.

If you drive an older car, this overdrive option might be a button that is incorporated into the gear shift knob. This process does not require the clutch. In the newer cars, there is an electronic overdrive so a computer will automatically adjust when it needs to be turned on depending on the speed you are driving and the consistency of the speed.

When should I Use Overdrive?

Think about how many highways there are inside of cities. This is good so that you have plenty of opportunities to test your overdrive function. Overdrive will help you save fuel and keep your car’s engine in better shape. For that to happen you must be driving at faster speeds. If you drive in overdrive at a low speed, you won’t be able to accelerate as you normally can. This function was not created for driving in lower speed areas.

How To Use Overdrive In A City

Have you ever used overdrive in a city? Think about this situation. You are driving in heavy traffic for a long drive at speeds that vary from 20 to 20 mph. You will want to turn off your overdrive in this case.

You can use the 1-2-3-4 gears for acceleration at this time. If you gear shift too soon you could wear out the transmission quicker so you want to make sure you don’t gear shift too often during these low speeds.

Now let’s say you start to pick up speed and are driving at a consistently fast pace. You should turn on overdrive to save fuel and make your drive more efficient. The movement of driving will become more comfortable and your transmission will respond better to the work of the gas pedal.

When Is It Not A Good Idea To Use Overdrive?

As discussed above, you should not use overdrive when you are driving at lower speeds. This will compromise your car’s performance and you won’t be able to accelerate as you normally can. You should never have overdrive turned on when you are climbing a hill.

The overdrive technology is only suitable for cruising at faster speeds. The system can’t handle off-roading or climbing a hill because it was not designed for those activities. Another thing to keep in mind is that overdrive does not mean higher performance. It just means that it will save you money on fuel as it is a fuel-efficient gear mode.

Should I Turn Off Overdrive?

Do you know when you should completely turn off overdrive? There are a few different scenarios when it is necessary to turn it off.

Another time you need to turn this mode off is when you are driving within a large stream of traffic. Often when this happens you are starting and stopping periodically. Overdrive does not work well in these situations.

Whenever you are off-roading or driving at low speeds, overdrive needs to be turned off. Additionally, if you are pulling a trailer you should not have overdrive on. Always remember that overdrive should be off unless you are driving at faster speeds on a highway and at a consistent pace.

If you are driving on the highway and a consistent speed for a long period of time, this option should be turned on. You will be able to save money on fuel costs because your car will drive much more efficiently. This will also help keep your engine running at its max capacity.

If you are driving at high speeds and your overdrive mode is off, this could increase your fuel consumption. No one wants to pay more money than they have to for fuel. Your overdrive should be turned on when you are on the highway driving at faster speeds.

What Is The difference Between Overdrive On A Manual Vs Automatic

There is one main difference and that is in a manual car you have to select when to apply the overdrive gear. When you are driving an automatic car, the gar is activated by the ECU. This will decide for you when your car will be put in overdrive.

As far as manual cars, the highest gear on the transmission is usually the overdrive gear because it is the lowest gear. The majority of cars have five total gears. Some cars even have six or seven gears depending on the type and the manufacturer. Having more gears in a manual car means that you will have better fuel economy.

For example, think about trucks and how many gears they have. Trucks have ten or eleven gears so they are able to conserve fuel easier. They travel very long distances so it’s important for them to be able to save as much gas as possible.

Overdrive When You Are Speeding up

You are driving along the highway for hours at 70 mph. As you drive at faster speeds, your car’s RPM will increase and the engine will start to take more strain. If you turn on your overdrive, it will work like magic. This option helps take off so much pressure from the engine and it brings down the RPM. This will help you keep your engine in great shape and it will last for a longer period of time. Engines are incredibly expensive to repair and replace, so it is important to do whatever you can to keep it in the best shape.

Remember, you don’t use overdrive if you are driving less than 50 mph because it’s not fast enough or consistent enough. It will not benefit your car to use it when you are driving at slower speeds or in stop and go traffic. The overdrive will only prolong the efficiency of your car’s engine if you use it wisely.

When you need to downshift, the braking system is used. If you are driving downhill, your braking system will be worked very hard because you have to continuously press the brake pedal. If your overdrive is on during this situation, it will keep your RPM above idle. A great rule of thumb is to only use overdrive when you are driving at high and consistent speeds.

How Can Overdrive Benefit You?

Are you wondering how this overdrive gear can benefit you while driving? This unit consists of a gear that is electrically operated. It is bolted behind the car’s transmission. The function of this gear is to reduce the car’s engine speed. This reduces wear and tear on the engine and saves on fuel. If your engine does not need to work as hard then it won’t need as much gas.

Overdrive will help you keep your engine in the best shape possible. This only happens if you use it properly though. Overdrive should not be used at lower gears. This overdrive feature has become very common and popular gear in most cars. It will help you reduce fuel consumption while you are driving at high speeds.

Overdrive is a very simple concept and it is used in your everyday driving whether you know it or not. However, the more you know about this system the better off you will because you can use it to your advantage. You can use it to save on fuel costs and keep your engine in the best shape.

Wouldn’t it be great to save money on car repairs and have less frequent maintenance issues? I think everyone would choose to save money on repairing their car as it can get very expensive.

Unfortunately, problems do come about so if you are deciding if you should repair your car, remember you have other options. You can sell your car to our company and we will give you cash for your car. We sell refurbished parts and vehicles so we will take your car and fix it up or use it for its working parts.

Are you interested? Go to our website to get a quote or you can give us a call today!