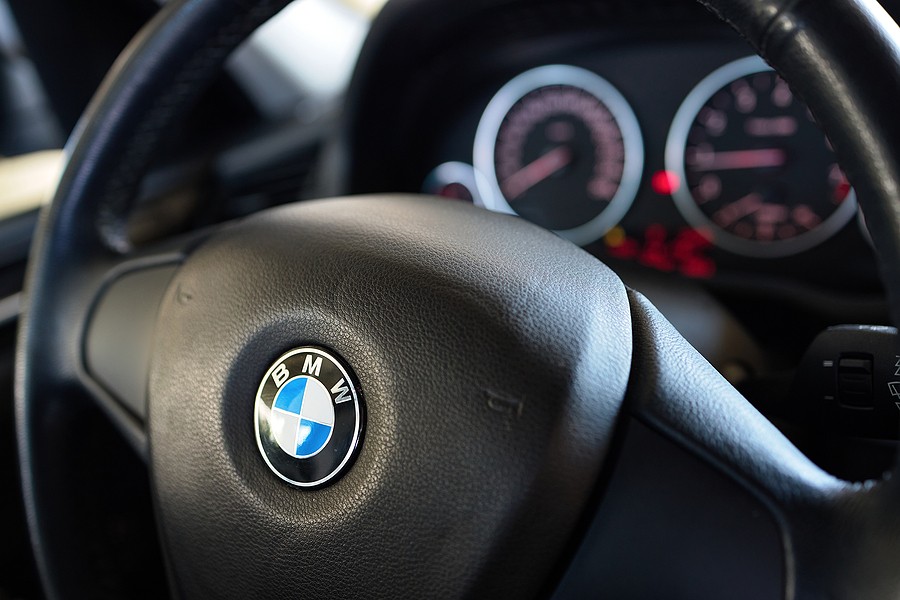 Even though BMW is one of the most high-end and luxurious car companies that are currently manufacturing vehicles, this German multinational company hasn’t always produced safe and reliable vehicles. With the company being founded in 1016 as a manufacturer for mainly aircraft engines, this company is now known for producing expensive and luxury cars for those who want innovative and comfortable vehicles.

However, the BMW X3 problems for many years have overshadowed BMW’s overall success. The worst problem category for the BMW X3 is the engine problems, while the 2013 BMW X3 has the most overall complaints. This year is also rated the worst model year based on the severity of the issues, the onset of the issues, and the mileage at the time of the repairs and replacements needing to occur. The most reported problem is also with this model year and includes the engine shutting down and stalling while driving.

Users who complained about the windows and windshield generally referred to the power windows stopped working overtime and the sun roof leaking while it was raining outside. In order to fix the power window not working, the average repair cost was around $600 and involved the owner having to pay to replace the power window motor.

The NHTSA concerns about the interior accessories focused mainly on the seats, the seat heaters and coolers, and the equipment adaptive. The seat complaints resulted in 15 fires, 11 injuries, and occurred at just below 100,000 miles. Users reported the seat heating overheating while on the high seating and burning the skin through the seat material, being a huge driver and passenger safety and health issue.

If you have a 2005 BMW X3 and you decide that it is no longer a viable car to have due to the safety issues and the concerns about the reliability, you might decide that it is in your best interest to sell your BMW. In this case, you should read our complete guide as to how to sell your BMW to get the most cash. For some repairs that you need to have done on your BMW X3, like a potential coolant leak repair or the transmission repair which can be very costly, you might be wondering if it is worth it to keep the car, and would be better off getting a great deal for it instead!

The seat belt and air bag category had the main concern about the air bags, with this issue resulting in 2 crashes, 2 injuries, and occurring at around just 14,000 miles. Users have stated that the BMW was recalled due to a failure of the automatic transmission. The issues regarding the interior accessories focused on the same seat issues that we saw in 2005, with the heat setting being so strong that it burns the users sitting in the seats. This has resulted in 16 crashes, 14 injuries, and occurs at around 85,000 miles in the 2007 BMW X3,. users report that the driver’s side heater gets excessively hot, there is sa burning smell, the imprint of the coil comes through the leather seat, and the seat can catch on fire.

The last cause of concern in the BMW X3 for this year was the engine problems, with the NHTSA complaining regarding the engine mount bolt failure, oil leaks, and the vehicle speed control. These issues have caused four fires and occur at an average of 65,000 miles, with users stating that the engine can lose power and stop while driving, the heater stops working, the warning lights all come on at the same time, and the vehicle cannot crank over.

After two years of only one complaint regarding the BMW X3, this 2013 BMW started to show some cracks in the system. The main areas of concern revolved around the engine, the steering, and the seatbelt and airbag category.

The engine problems focused on the unintended acceleration, engine system as a whole, and the vehicle speed control. These concerns have led to one crash, one fire, and occur at around 110,000 miles. Users have reported that the engine can seize and go into neutral while driving, the camshaft timing is defective, the vehicle can stall without warning, and the camshaft detaches while driving at high speeds.

The NHTSA has also made complaints regarding the steering of the 2013 BMW X3, with the problems generally occurring at around 45,000 miles and resulting in the steering feeling sticky and hard to turn, the user needing to make several small corrections while steering, the steering being difficult to control, and the temperature causing the steering wheel to become stiff.

Lastly, for the 2012 BMW X3, the airbags and seat belts caused concern regarding the frontal airbags and the occupant classification system. This has caused one crash, one injury, and has occurred at an average of 40,000 miles user reported that the passenger restraint malfunction warning occurs on the dashboard, the airbag failing to deploy, the passenger seat occupancy sensor is defective, and vehicle not deploying airbag when it should.

As we mentioned before, the BMW X3 made in 2013 was the worst model year for this type of car, due to the severity of the issues and the prevalence of the problems. The main areas of concern for users focused on the engine, while the NHTSA lodged 78 complaints about the engine system, 23 about the drivetrain, and 13 regarding the braking system.

The focus of the complaints in the engine system of the 2013 BMW X3 revolved around the engine shutting down and stalling while driving, the engine failing, the timing chain breaking, the engine mounts failing, the oil leaking, and there being difficulty with braking while the engine is on. To fix the engine shutting down or stalling while driving, users reportedly have to pay an average of $320 to repair the issue and this problem occurs at around 70,000 miles. Users have stated that the high pressure fuel pump might need to be replaced and the car has problems going into the drive setting and neutral after restarting.

Regarding the NHTSA complaints about the drivetrain, there were 23 complaints about the powertrain, resulting in one fire and occurring at an average of around 114,000 miles. Users state that this problem results in an error message coming on in the car about low oil pressure, the car losing power while driving, the engine not being able to start back up after dying, and the powertrain malfunction error light coming on repeatedly.

The last category of concern for the 2013 BMW X3 problems revolved around the braking system, with the NHTSA citing a total of 13 complaints regarding the service brakes and the hydraulic braking system. These issues have caused one crash, two fires, and occur very early at just 18,000 miles. Users state that the brakes become unresponsive while driving, the brake repairs are not covered under extended warranty, the brakes did not work when depressed to slow down, and the braking system stopped working while driving, severely increasing the risk of a crash.

Users have reported that the tailgate opens on its own, even when the car is parked and locked overnight, in addition, the comfort access only works intermittently, with the door not unlocking when it should. Users have also reported that the glass can shatter from the sunroof, the trunk opens while driving, and the rear hatch will open while parked. Furthermore, the seat ventilation is very strong and does not work correctly.

The miscellaneous issues present in the 2019 BMW X3 focus on the frontal collision detection not working correctly, the digital instrumentation gives incorrect information, the auto stop and start feature shuts down, the active safety feature and lane assist did not vibrate the steering wheel for notifications, and the windshield damages are done by very small debris hitting the glass.

The main issues with the BMW X3 have caused recalls of the car, and show the safety issues prevalent in this type of car. The first recall affecting the BMW X3 is the loss of brake assist and the vacuum pump lubrication failing to work properly. If the vacuum pump fails to work, then this can lead to a loss of braking power and increase the risk of a crash. Certain model years of all BMW cars, especially between 2012 and 2014, are susceptible to insufficient lubrication and a failure of the power assistance.

Another recall that has caused numerous BMW X3 problems is the possible damage to lower child seat anchor bars. The affected vehicles in this recall have lower anchor bars that are utilized for securing child restraint seats. If these bars become damaged, then the child seat might not be properly secured and can increase the risk of a child getting injured during a crash.

Furthermore, another concern of the BMW X3 problems involve an incorrectly welded air bag inflator. This means that in the event of a crash that would otherwise set off the driver’s frontal airbag, the inflator housing could disconnect from the base plate. This would result in metal striking the vehicle's occupants, resulting in very serious injury or even death.

A similar recall deals with the occupant classification system, where if the system would fail in the event of a crash, the front passenger air bag would be deactivated and increase the risk of injury. The event of a crash could be the exterior lighting and the turn signal, with the turn signals flashing multiple colors, increasing the confusion to other drivers and the risk of a crash.

A BMW is a pricey car that has a high end and luxurious style that reflects the exorbitant price tag. You might be looking to sell your BMW X3 after looking at the numerous safety issues and recalls that have been announced for this specific type of car. You might be thinking to yourself “how can I sell my BMW for good money?”

You might initially think of the local junkyards around your house, the online websites like Craigslist and the Facebook Marketplace for an easy sell, or the dealerships near you that are willing to buy junk cars – or the BMW X3 that you just no longer want due to safety issues or repair problems.

Instead of looking all over the state for places to sell your BMW X3, try CAsh Car Buyer! We can buy your car – even with the aforementioned BMW X3 problems. Our reliable online system can help you get exactly what this expensive car is worth, without the added paperwork, hassle, and stress of other methods!

At Cash Cars Byer, we buy a BMW X3 in any and every condition. You don’t even have to worry about pre-existing issues or some paint damage, we consider the market value of your car and pay you accordingly – cash in hand within 24 hours.