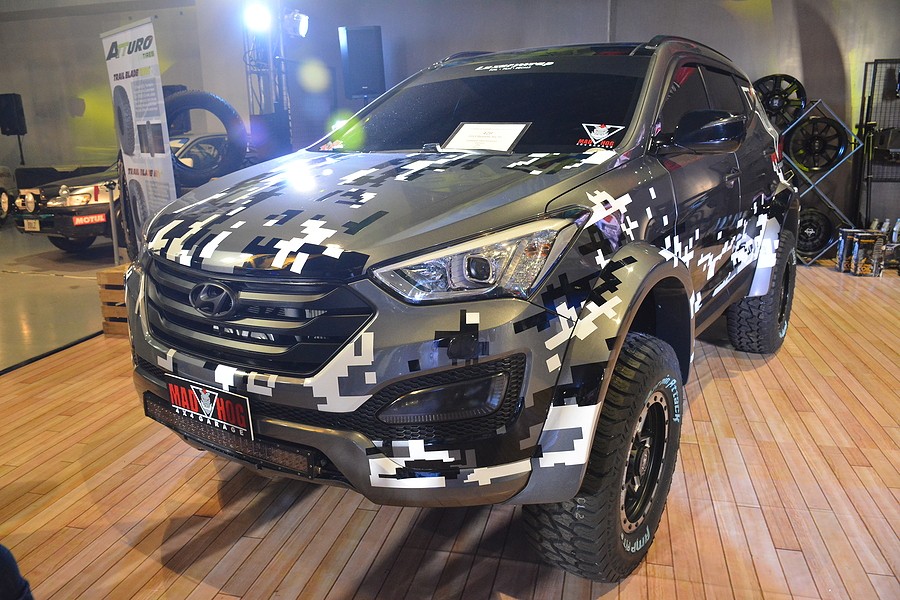 The Hyundai Santa Fe is a sport utility vehicle, commonly known as an SUV, that is produced by the South Korean manufacturer Hyundai since the year 2000. It is named after Santa Fe, New Mexico, and was introduced as the 2001 model for the first SUV ever produced by the Hyundai car company.

The Santa Fe was a hit with American buyers, with it becoming so popular that at times Hyundai had trouble keeping up with the popular demand. It became the company’s best seller and led to a high amount of success that Hyundai had in the United States.

The second generation Hyundai Santa Fe earned the 2008 Consumer Reports “top pick” and was on the list of the top 10 vehicles for 2008. In 2012, the Santa Fe became available in two versions, with the five-seater sport in 2012.

Despite being very popular in the United States and breaking sales records, the Hyundai Santa Fe problems caused some issues with potential buyers and the NHTSA during certain model years. The worst problem category regarding the Hyundai Santa Fe is the engine problems, with the 2007 having the most overall user complaints out of all of the years.

Despite 2007 having the most problems, 2012 is rated as the worst Hyundai Santa Fe year due to the inception of problems, the severity of the issues, and the cost of the repairs necessary to fix the damage or problems with the Santa Fe. The most reported problem of the years is with the 2007 Santa Fe for the fuel gauge not reading correctly.

As we know, the 2007 Hyundai Santa Fe had the most problems out of any year. It was after a few years of relative reliability, from the 2000 model to the 2006y model year. However, the 2007 had many user complaints about the fuel system and the interior accessories, while the NHTSA lodged 150 complaints about the fuel system, 163 regarding the brakes, and over 100 for the engine.

The fuel system concerns regarding the 2007 Hyundai Santa Fe had to do with the fuel gauge not reading correctly, the check engine light coming on, the car being hard to start after filling the fuel tank, the pump shutting off while filling the tank, the gas cap cover sticking, and the fuel gauge not reading at all. The average owner repair cost for fixing the fuel gauge misreadings is around $520, with this problem occurring at just over 100,000 miles. The main fix is to replace one, or both, of the fuel sensors so that the gas reading can be accurate.

The NHTSA fuel system complaints had to do with the fuel and propulsion system, the gasoline fuel system, and the fuel gauge system, with users stating that the fuel sensor had to be replaced, the headlights stop working, the driver’s side door no longer works to get to the gas tank, the accelerator can stick while merging, and the pressure gauge breaks after use.

Regarding the user complaints about the interior accessories, this mainly focused on the problems with the fuel gauge not working, the sun visors breaking, and the door locks not engaging manually to secure the passengers of the car. The typical repair cost for the sun visor is around $170, with the main fix being to replace both front sun visors to increase visibility while driving.

For the NHTSA complaints about the brakes problems, the main focus is on the electronic stability control, the service brakes, the hydraulic brakes, and the switch brake light. Users state that the vehicle can lose power and become difficult to steer, the electronic stability control indicator turns on and off, the spark plugs need to be replaced, the ESC turns off intermittently while driving, and the steering becomes very difficult to control. These issues generally occur at an average of just over 80,000 miles.

The body and paint concerns for users focused on the paint coming off of their car, with the typical repair cost of this issue being around $2,840, with the most common solution being to repaint the vehicle. This occurs at an average of 74,000 miles and resulted in the car needing to be completely repainted, especially around the hood and the fenders.

NHTSA lodged the most complaints regarding the fuel system, with users stating the fuel level sensors stop working, the fuel gauge is inaccurate, and there is difficulty while filling the tank. The NHTSA had complaints in the categories of the fuel and propulsion system, the gasoline system, and the fuel gauge storage mechanism. Users state that the check engine light comes on repeatedly, the gas gauge is erratic, and the gas gauge fluctuates when it gets below ¼ fuel.

The main engine concerns from users refer to engine failure, the engine stalling while driving, the engine lags when starting, and oil leaks. To fix the engine failure, the typical repair cost comes out to an extremely high $5,100, with the most common solution being to replace the entire engine. An engine replacement is generally one of the most expensive repairs you can have done in your car. Users state that the engine can be blown after minimal use, reports of complete engine failure causing oil blockage, and the engine needs to be rebuilt.

The NHTSA complaints about the braking system mainly refer to the service brakes, the electronic stability control, and the hydraulic braking system. These issues have caused 7 crashes and generally occur at a mileage of around 40,00 miles. Users state that the power steering cant turn off, the brakes and engine stall, the engine is filled with sludge, the decelerator can cut out, and the ABS lights will turn on during use.

Even though 2012 has been rated the worst model year due to the prevalence of engine issues, the 2013 model actually had a higher amount of user complaints than the previous year. The main categories of concern for users dealt with the engine and interior accessories, while the NHTSA lodged over 120 complaints about the engine and 71 regarding the steering.

The main engine issues for the 2013 Santa Fe have to deal with the engine failure, the violent jerking while trying to accelerate, and the metal debris lodging in the crankshaft. The most common solution for engine failure deals with replacing the engine, with a typical repair cost of just below $4,000 and occurring at around 80,000 miles. The NHTSA complaints focused on the engine, vehicle speed control, and the engine cooling system, with users stating that the gas tank can leak, there is engine knocking, smoke and exhaust coming out of the vehicle, and the car can catch on fire, causing one crash, 12 fires, and one injury.

The user complaints about the interior accessories are mainly superficial, with the areas of concern focusing on the Bluetooth not working, the navigation system turning off, the seat being loose in the track, a noise coming from the dashboard, warning lights coming on, the radio not working, the seat cover peeling off, and the seat not being able to cool.

The NHTSA complaints regarding the engine are mainly about the engine and vehicle speed control, with these issues occurring at just 16,000 miles on average and causing one fire. Users state that there is bad hesitation when stepping on the gas pedal, the oil light begins flickering on and off, metallic debris leaks in the oil, and the oil can leak and cause engine noise.

The pros of the 2020 Hyundai Santa Fe is the comfortable ride, the great fuel economy, the stylish and comfortable interior, and the easy-to-use technological features and infotainment system. The cons and the 2020 Hyundai Santa Fe problems revolve around the underwhelming base engine, the lower performance capabilities in comparison to the competition, and the limited cargo space.

Despite the cons, this 2020 Hyundai Santa Fe is a reliable and safe car that can produce 20-22 miles per gallon in the city, 26-29 miles per gallon on the highway, comes in four wheel drive or all wheel drive, and produces 185-235 horsepower. With a Blind View Monitor now available and the sliding second-row seats discontinued, this new 2020 model provides a reliable car that is #1 in terms of midsize SUVs.