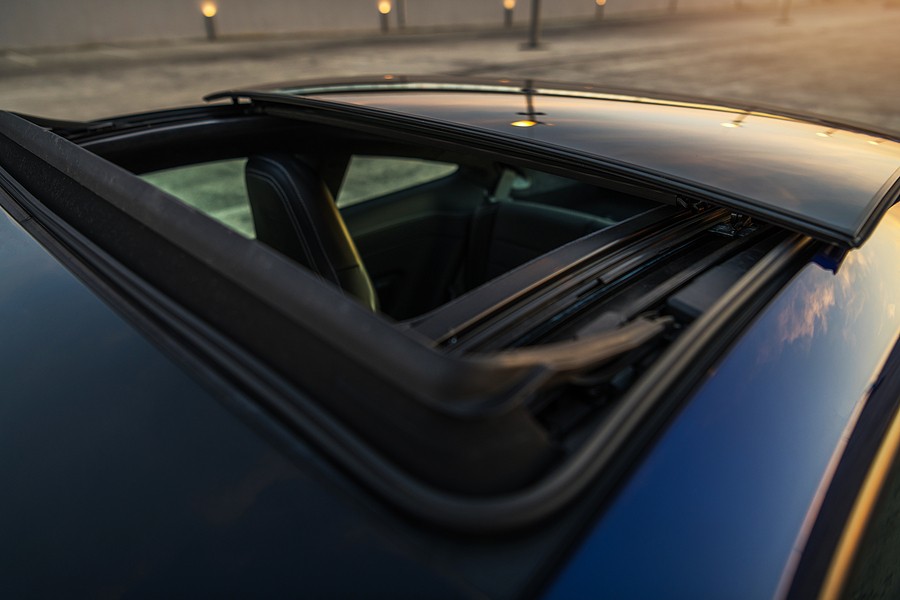 The average price for a sunroof motor replacement cost is between $623 and $673, with the total cost of the parts coming to around $435. The price of the labor is between $188 and $237, since the total time for this procedure takes between 2.5 and 3 hours at most mechanic shops or dealerships.

What is the sunroof?

A sunroof in a vehicle is typically any kind of panel on the roof of your car that lets in light, air, or both to come into the vehicle at the same time. Used to allow wind into the car or let the sunshine come in during warm summer days, the sunroof is a common feature on family cars in modern times.

In comparison, a moonroof is a different kind of glass panel in the roof of your car that typically has a tinted glass panel. Unlike a sunroof, sunroofs are made of glass and can’t be removed from a vehicle, and only can sometimes slide or open. If you find the sunroof or moonroof is not working properly, you will have to obtain a quote for a sunroof motor replacement cost.

What is the sunroof motor?

Electric sunroofs allow the occupants and driver to easily operate the window in the ceiling of their vehicle, bringing in light, warmth, and sunshine into the cabin of the car. This mechanism adds luxury and comfort to summer car rides and is often a big selling point with modern cars on the market today.

However, despite the many positives, the high sunroof motor replacement cost and other reliability concerns can deter some car owners from purchasing vehicles that contain sunroofs or moonroofs.

Stuck in the Open Position

Electric sunroofs can become a nightmare if something goes wrong with the wiring or the electrical system that controls the windows and power-related apparatuses in the vehicle. If the sunroof motor fails while the sunroof is stuck in the open position, there is very little that can be done if the weather takes a turn for the worse.

How does the sunroof motor function?

The sunroof motor has various electronic configurations that depend on the specific circuit and electrical current provided. The sunroof uses these patterns to reverse directions and open or close the mirror.

Can you drive with a faulty sunroof motor?

If your sunroof is stuck in the open or closed position, this can lead to an annoying nuisance that will hinder your driving experience. However, if you are tight on cash and don’t want to pay for the sunroof motor replacement cost, the luxury of opening your sunroof could not be as important to your wallet.

Since the sunroof and sunroof have no impact on the safety and driveability of your car, the only reason you absolutely would have to fix this part is if the sunroof was stuck in the open position. In this case, if the weather was constantly freezing, snowing, or raining, leaving the sunroof open could lead to distracting and unsafe driving conditions.

In addition, sunroofs that are tilted open or stuck in the completely open position leave your car vulnerable to vandalism or damage by animals. With the window constantly open, animals can get into your car and harm your seats and internal wiring, vandals can steal any items you have in the car, and rain can damage the internal electrical components in your vehicle.

In this condition, if there is no manual choice to close the sunroof, it is best to pay the sunroof motor replacement cost as soon as possible to avoid any further damage.

How often should I replace my sunroof motor?

When looking at the prevalence of sunroof failures in vehicles, the average mileage of replacement for a sunroof motor came at just 150,000 miles.

Unfortunately for car owners, sunroof motors are known to fail in modern cars due to the complicated electrical and power-related components used to drive the mechanism. These vehicles show signs of failure within just a few thousand miles, showing the lack of durability in the sunroof mechanisms and the sunroof motor.

Most vehicles with a sunroof will usually have an issue with the sunroof assembly, sunroof motor, or electrical circuit at some point within the driving life of the vehicle. However, the sunroof fallibility is not only inclusive of just the sunroof motor, but other associated parts as well.

How do you diagnose sunroof motor issues?

If the sunroof is not working properly, drivers should not automatically assume the sunroof motor is the root cause of the issue in the vehicle. Other parts must be checked first to determine the catalyst of the electric and power-related concerns regarding the sunroof.

How do you replace sunroof motors?

Since the sunroof motor is located under the car’s headliner, it can be quite difficult to reach normal car owners. Unless you have extensive car DIY knowledge and the proper tools, we recommend leaving this replacement process to professionals.

The mechanic must take special care while removing and replacing the headliner to avoid any creasing or cracking. This can lead to a high sunroof motor replacement cost due to further structural damage.

What should I look out for with sunroof motor damage?

If a vehicle with a bad sunroof moor or sunroof position sensor needs to be left outside for a few hours or days, the roof area should be covered with a tarp or non-permeable membrane to ensure no outside objects enter the vehicle. By doing this, you can prevent an even higher sunroof motor replacement cost.

As you can see, paying over $600 to fix this problem is  well worth the benefits. If you let the sunroof motor go untreated, it can put you and your car in a vulnerable position, whether driving in rainy and cold weather, or leaving your car parked on the street overnight!