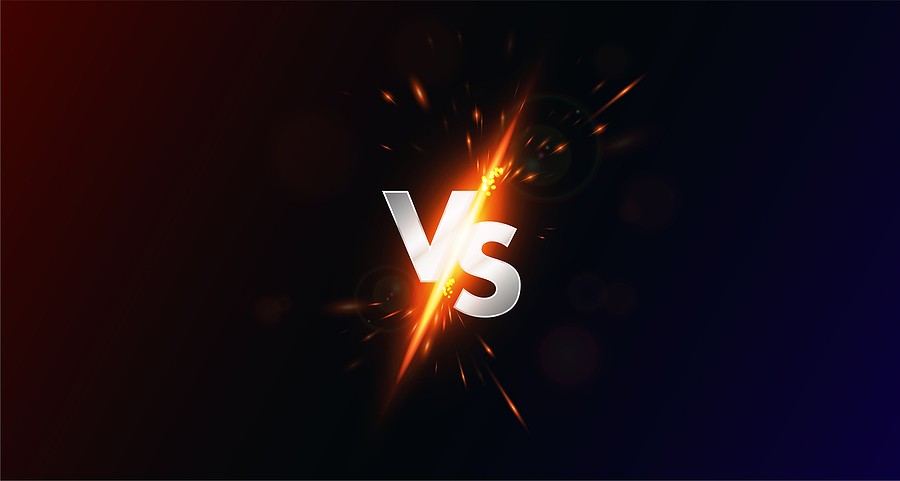 The quick answer to this question is YES. Although most people use the terms sunroof and moonroof interchangeably, there is a real difference between the two.

Technically, the moonroof is a type of sunroof. The main difference between the two is that a sunroof is commonly an adjustable and removable colored solid panel, while a moonroof is a transparent panel which can’t be removed.

If your car does not have a removable roof, a sunroof is the next best thing. You can install this as an upgrade to your car. They can come in many different shapes and sizes.

An automotive sunroof refers to a movable panel which is typically solid-colored. It can manually tilt up or be removed to allow light or fresh air to enter the car’s cabin. It can either be operated manually or automatically and comes in different styles, sizes, and shapes.

On the other hand, a moonroof is a kind of sunroof, although it is not removable. Recently, the panoramic style of moonroof has become really popular. With a panoramic moonroof, most of the car’s roof is made of glass. However, only the panel over the two front seats can slide open, the glass roof over the back seats remains fixed.

Sunroofs and moonroofs serve the same basic purpose which is to let natural brightness and fresh air into your car’s cabin, helping you make the most of the outdoors while you drive.

In this article, let us have a thorough look on all the differences between a sunroof and a moonroof to help you decide which one is best suited for you and your car.

Difference Between Moonroof and Sunroof

Sunroof is opaque, moonroof is transparent. Sunroof means no light or cair can come through when it is closed, while moonroof is a see through glass you can look through.

Sunroof is movable, moonroof is fixed. Sunroofs will open fully to let in as much or as little sunshine as required. On the other hand, moonroofs may slightly tilt open, but they won’t open completely.

A moonroof is bigger than sunroof. Some cars have fully glass, panoramic moonroofs.

Moonroof is a variant of sunroof. The sunroof was first introduced in the 1930s, while the moonroof was later introduced in 1973. The term sunroof is a generic name for the panel used to block the sun’s rays.

The very first cars had no roofs. A common model for early cars included a fixed roof for the rear passenger compartment and an open section for the chauffeur in a style known as Coupe de Ville. As road speeds increased and as using cars changed from occasional to full-time, this meant that cars were also increasingly used during rainy weather. To provide better shelter for the driver, a temporary roof was needed. These temporary roofs were first made of a stretched leather, then later on evolved to more sophisticated frames and water resistant cloth.

The first vehicle to develop a sunroof was the Nash car in 1937. It had a sliding metal panel, which brought back the charms of open cabins from the very first car models. These open roof cabins were purposefully designed to provide exposure to the surroundings. However, they soon become popular to the elite. Later, high-end car manufacturers like Rolls Royce and Bentley offered bespoke sunroof options. The original purpose of the sliding panels of old cars changed from showing the chauffeur to allowing the car owner to better enjoy their surroundings while driving in fine weather.

There were different innovations in the sunroof technology which later on emerged in the mass market cars. This led to using glass panels, along with the cloth and metal panel options. Other car manufacturers quickly developed their own versions of sunroof, leading to the introduction of sliding and pop-up panels.

Sunroofs, historically, are characterised as opaque. Nowadays, most car manufacturers offer sliding sunroof options featuring a glass panel, which are marketed as moonroofs.

The term moonroof was first used in the 1970s and was coined by John Atkinson, a marketing manager of Ford. The first car to have moonroofs was the Lincoln Continental Mark IV.

Different varieties of both sunroof and moonroof have become common in both factory installed and aftermarket offers. This allows a wide range of choices for customers. Sunroof systems may be electric or manual, while moonroofs are mostly electronic. Manual sunroofs can be operated through a lever, as in venting type pop-ups. Most modern moonroof systems are electric and either have a pop-up or built in configuration.

There are different kinds of sunroof available in the market. Some of the most common are:

Pop-up sunroofs are the most basic and cheapest versions of sunroof. These are manually operated tilting panels that are usually removable. Once removed, they have to be properly stored. The tilting action provides a vent in the roof, removing the sunroof completely provides a complete opening so that one could completely enjoy the brilliant weather. Pop-up sunroofs can be installed in most cars.

Another common type of sunroof is the built-in type. Its name basically says it all. This type of sunroof is typically electric. Its panel slides automatically in between the car’s roof when opened. Some cars may include some extra functions like auto close, sun shade, and rear vents. Originally, the built-in sunroof was made of metal painted to match the color of the vehicle roof.

Folding sunroofs are also often known as European sunroof, rag tops or cabrio coaches. Cars with folding sunroofs have openings like that of a convertible. The panel is made of vinyl fabric, which folds back as it opens. It can open wider than any other glass sunroof. This type of sunroof had been absent in the American and European markets, and then made a reappearance with various modern factory-installed options.

Tilt and Slide sunroof is also called spoiler sunroof and ideal for short roof cars.. This type combines the features of a pop-up and a sliding roof system. This sunroof can tilt to vent and slide open above the roof, which requires just a small amount of headroom or roof length. Tilt and Slides do not usually provide bigger openings as compared to other sunroofs. However, they have the convenience of a self-storing panel. Most tilt and slide roofs are electric, with additional features like express open and close and integrated sun shades.

Top mount sliding sunroofs are popular in Europe. The biggest advantage of this type of sunroof is that they help saving in headroom since it works on the rails located on the car’s roof. It is commonly equipped with wind deflector to avoid unwanted noise when driving at high speeds

Panoramic sunroofs are the most expensive types of sunroof available. They have parts in both the front and rear area that cover a bigger area of the roof compared to any other types of sunroof. This kind of sunroof is offered in more expensive high-end cars like BMW and Mercedes Benz.

Can you add a moonroof or sunroof after the car is built?

For some car models, it is possible to install a sunroof or moonroof as an extra feature after the car is built. This is known as an aftermarket item. You can look online for any auto repair shop who can do this job.

It will usually cost around $300 – $2000 to have a sunroof or moonroof installed in your car. A simple tinted glass panel which can tilt to provide more air into the cabin is available from about $300, excluding installation. A spoiler type of sunroof has prices that start around $700. A moonroof or sunroof that slides open from inside the car can cost between $1000-$2000. This type of sunroof is usually made of glass panels, and is the most common type installed on modern cars today.

Remember that the quality and prices differ in the aftermarket. Cheaper types of sunroof use a dot matrix, a screened glass that reflects back about 50 per cent of the sun’s heat. More expensive and higher quality types of sunroof use reflective glass. Also consider that installing an aftermarket sunroof or moonroof requires the installer to be familiar with how the vehicle’s roof was built as any post used to support the roof should not be damaged. Your best option is to go to trusted and experienced car dealerships or auto repair shops.

Sunroof or Moonroof: Which is better?

After all the comparison between sunroof and moonroof discussed above, you might now have a better idea on which type suits your preference better. For most car buyers, both just seem identical. If the price matters to you, you may want to go for a removable sunroof. Motorized sunroofs and moonroofs are more costly to install. But if you want a panoramic kind of roof which allows you a better view of the scenic sky even at night, then the moonroof might be for you. Either way, a sunroof or moonroof can give you an enhanced driving experience.

Does a moonroof or sunroof add value to your vehicle?

Having a moonroof or sunroof installed in your car increases its value, especially if it is a power moonroof. As more cars in the lower range of prices come with standard sunroof, they are becoming a more popular option. Typically, a car with sunroof or moonroof can have an added value ranging from $500-$2000, depending on the make and model.

Can a damaged sunroof or moonroof be repaired or replaced?

Another common problem is when the moonroof may stop sliding back and forth due to one of its tracks getting jammed or its cables broken. This repair can cost around $800.

Although sunroof and moonroof are terms that are often used interchangeably, they have distinct differences in their appearance and materials used. However, both serve the same basic purpose of providing ventilation and view from inside the car’s cabin. Having these features installed in your car can cost you some money, depending on the type of sunroof you prefer and the model of your car. Despite the cost, these add ons will still give you an enhanced driving experience and can add more value to your car.

If you enjoy the feeling of driving a convertible but want to be able to control how much wind gets in your cabin, then it would be worth getting a sunroof. If your passengers enjoy looking at the sky on a drive, a glass paneled panoramic roof would be perfect.

Bear in mind that deciding between sunroof or moonroof inclusions depends on some factors. It is lovely when you can pop the roof open, however, it is also good to save money. A sunroof can add value to your car, but can also be a source of extra service and maintenance. Make sure to weigh the pros and cons before making a decision.