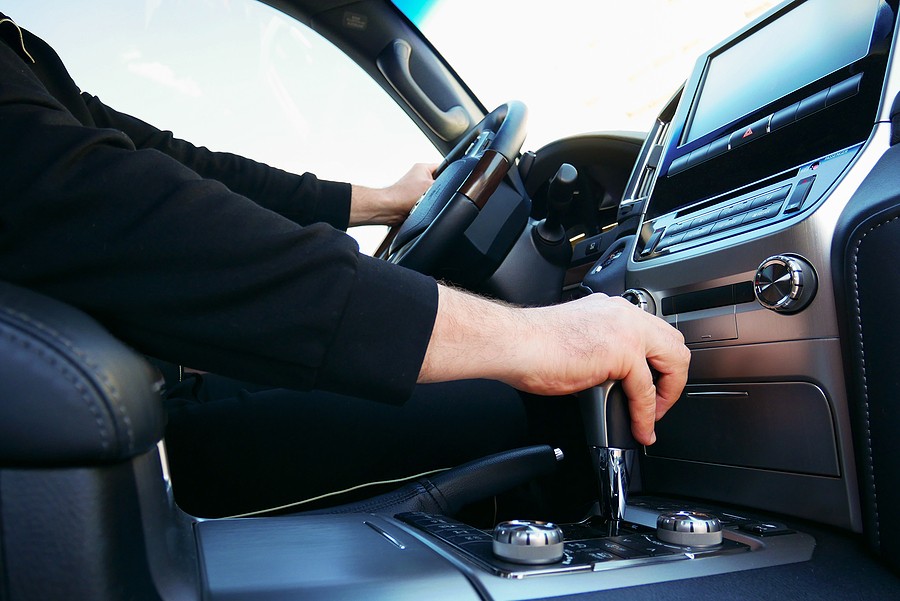 Nowadays the overall look and feel of the car are important features to consider a vehicle a bad-ass car. The hefty price and the make & model are no longer the only main considerations but there are those who look for a car that exhibits a unique attitude and a fun riding experience. This is where the concept of sunroofs and moonroofs come into play. They not only make the car look more cool but they also offer an outdoor riding experience without the hassle of an open air vehicle. With a very limited vehicle knowledge a sunroof and/or moonroof are considered the same. But if you look closely these two terms are not one and the same. So what is the difference between a sunroof vs moonroof?

The terms are often used interchangeably, when in fact there is a difference between the two concepts. Although both are panels found on the roof of a car that can let fresh air, light or both inside the vehicle’s cabin that’s where their similarities end.

A sunroof is commonly a solid body-colored panel or opaque metal panel found on the roof of the car. You will not be able to see through it since from the outside all you can see is a body-colored metal panel. A sunroof is a natural and refreshing air conditioning alternative. Sunroofs are also of two kinds with one being made of metal  and the other being made up of the same material used like that of the vehicle's ceiling. The first sunroof was introduced in 1937 in the United States by Nash Motors, giving motorists the opportunity to enjoy fresh air and sunlight overhead without the drawbacks of a convertible car.

While a moonroof, on the other hand, is a transparent tinted glass panel. The panel is not removable but is sliding. Moonroof will allow light inside the vehicle regardless if it is closed or not. And since moonroofs are fixed in general, it can't be removed or moved as needed while sunroofs on the other hand can be regulated as deemed necessary for factors like extreme weather temperature. To put it simply, moonroofs will tilt open only enough to allow fresh breeze into the cabin, but won’t usually completely open all the way like that of a sunroof.

Moonroofs simply slide into the built-in pocket of the car frame and for this there is a physical barrier between the passengers and the outside even if the moonroof is open. That can be beneficial for it can keep the leaves or even the bugs out of the car while still enjoying the air and natural sunlight in.

Originally back in the 80's, most retractable sunroofs were purely metal and did not contain the glass. It was Honda who came up with the term moonroof for their retractable glass sunroofs. The rationale behind the name was that you could see the moon through it without opening your car to the chill of the night.  But nowadays, it is very hard to find a car with a metal sunroof. So the distinction with moonroof vs sunroof may no longer apply. Most sunroof openings in cars nowadays also have the glass panel which lets you enjoy the sunlight or moonlight without opening the roof. The initial metal panel can be pulled out to expose the glass panel also considered as moonroof. The glass panel serves as the second layer that can be opened slightly by tilting it or it can be fully opened by retracting and removing it giving an open roof atmosphere. So this only means that the majority of cars recently manufactured are fitted with moonroofs, and not sunroofs as metal or opaque panels sunroof have pretty much gone out of fashion.

So the question is should sunroofs now be called moonroofs? If the confusion remains then you cannot fault yourself as even car manufacturers themselves have not seemed to educate people on the difference. So when shopping for a new car, you have to remember what people confusedly call a sunroof may actually be a moonroof so be sure to pick a vehicle that offers the choice you like best between moonroof vs sunroof.

One downside of a moonroof is that essentially it is a giant hole on the roof of your car and it will never be as strong as a vehicle with a conventional roof. It is also worth thinking that, by design, the rubber moonroof seals themselves are not 100% waterproof. The rubber seals do keep the majority of the water out, but moonroof relies instead on water drainage channels within the roof of the car to keep the moisture out and the drainage points at times can clog risking for the drainage channels to overflow and leak water into the cabin.

Despite the said flaws some vehicle owners still love their moonroof equipped vehicles but perhaps they are living in places with forgiving climates, or the systems employed in their vehicles are better designed than the cars exhibiting such flaws. Cars with moonroof vs sunroof are no doubt fantastic looking and owning such a vehicle is extremely appealing but it always helps to manage your expectations.

Built-in: the most common of all the different types. The panel slides into the metal roof of the vehicle out of view, making way for a generous outside view but at the cost of your headroom. So it only fits cars with a large roof that can accommodate the full panel. This type commonly includes a one-touch open/close button, as well as a tilt operation that could prop up the rear half allowing air ventilation. The built-in sunroof can be found on cars like the Mazda6 and Honda Civic. Built-in sunroofs are typically electric.

Spoiler: suits smaller vehicles which can’t accommodate built-in sunroofs. The panel slides up and over the top of rather than into the metal roof, with the same functions as the built-in, such as the rear tilt. This variety works for two-door sport cars.

Panoramic: only the panel over the two front seats is sliding or can be opened while the glass panel over the rear seats are fixed. A panoramic moonroof showcases multiple glass panels spanning much of the roof area letting in a lot of ambient light, and also providing a particularly magnificent view of the clear night sky. Recently moonroofs that are panoramic in style have become popular.

Folding/Ragtops: has a fabric panel that folds back as the sunroof/moonroof is being slid open.

Top-Mount Sliding: a large glass panel that is mounted on rails to slide open on the exterior of the car with no loss of headroom. Most of this kind features a wind deflector to eliminate wind noise.

Pop-Up:  has a manually operated tilting panel that does not retract completely and like T-roofs the panels must be stored when removed. Tilting the panel creates a vent in the roof, or creates a full opening when the panel is removed. They can be installed in most vehicles very cheap.

Removable Roof: This kind of sunroof is almost convertible. It is made up of two removable glass panels that open the car roof to the side windows

Varieties of both the moonroof and sunroof have become the norm in both manufacturer installed and aftermarket offerings, making way for a wide range of choices and features. It is important to note how dealers and manufacturers use the term moonroof vs sunroof. Moonroof can sometimes be used as a type of a sunroof.

Technically however sunroof systems, meaning those that are opaque may be manual or electric, while most moonroof systems are electric/electronic. The manually controlled sunroofs may be lever actuated, that comes with the venting type pop-ups or may be crank operated for sliding systems. Electronically controlled roof systems are usually driven by cables from a motor and have a sliding opening feature. Most moonroof systems nowadays are electric and have a combination pop-up/inbuilt, if not a pop-up/spoiler configuration.

With a car that features a moonroof it opens the cabin up especially in nice weather. And since a moonroof typically doesn't open the head space is not that compromised, while the mechanical system of a car with a traditional sunroof could take up more room. But since moonroofs don't open like sunroofs you won’t be able to crack the window for fresh air making the cabin hotter in warm weather unless there's enough shade for covering and some manufacturers make, even now, skip out of that. So it could very well be just another piece of glass that can get broken. The retractable cloth serving as shades fitted directly below the panoramic moonroof can prevent some of the heat from transferring down into the cabin, but then this can also mean that an incredible amount of heat will build up in between. The heat in turn radiates into the cabin after entering the vehicle and driving. That can only mean the vehicle’s air-conditioning system will have to work even harder to bring the cabin back down to the correct comfy temperature and then maintain it. Moonroof also makes the cabin cooler in colder temps.

Another factor to consider between moonroof vs sunroof cars is that glass of the moonroof  running across the very top of the car isn’t exactly the best because they weigh so much. The glass is a lot thicker and heavier than the steel or aluminium roof panels of the sunroof, not to mention all the additional electric motors, reinforcing bars, and drainage channels required for a moonroof. Having a moonroof could be the equivalent of having an additional passenger riding the car permanently.

One of the best cars with a moonroof that comes in as standard is the Honda Civic, which was considered by US News and World Report as no. 1 best small car in 2016. It has a stylish look with a high end interior with one-touch power moonroof on several models such as the coupe and sedan.

Another Honda car with moonroof as standard feature is the Honda Fit. Kelley Blue Book calls it the best subcompact car for resale value in 2016. It is also one of the most affordable cars having sunroof/moonroof. The Honda CRX on the other hand sports a spoiler type moonroof while the Honda NSX has removable roof panels as moonroof.

BMW Models with Moonroof as Standard

There are several BMW vehicles that come standard with moonroofs. Here are some of them to name a few:

The BMW 2-Series Gran Coupe is listed as one of the vehicles with a big panoramic moonroof. The BMW X4, X5, BMW 6-Series & 7-Series and the BMW 3-Series Sports Wagon have panoramic moonroofs as well with fully automatic power slide and lift control, 2-piece glass panel, a power interior sunshade and wind deflector. The 2016 BMW 3 Series Sports Wagon is considered one of top vehicles with the best panoramic sunroof/moonroof. The BMW X-6, 4-Series and 5-Series have 2-way power glass moonroof with “one-touch” operation and power interior sunshade.

For many car buyers, a sunroof and a moonroof seem to be the same. If you want to save more money, you may want to go for a sunroof which is removable. Motorized sunroofs and moonroofs are pricier to install. Also, moonroofs typically open the car’s roof all the way as opposed to only one section. Overall, despite their small differences, both a sunroof and moonroof can make your driving experience more enjoyable and make your car more saleable if ever you decide to sell it.