BMW Reliability- Which BMW Is The Most Reliable? 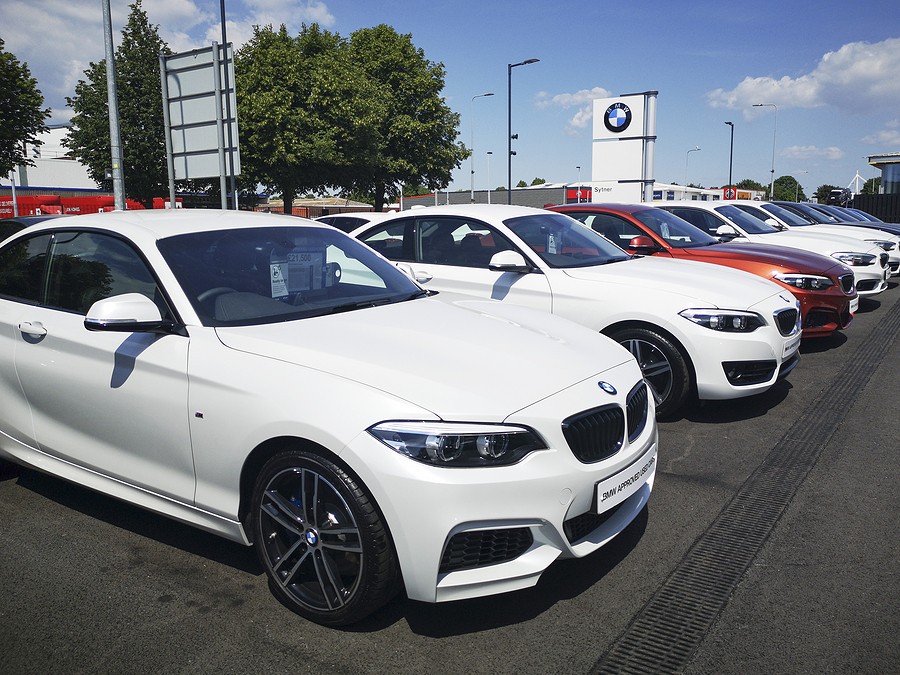 Looking to buy a BMW and need to know if BMWs are reliable? The BMW brand is synonymous luxury. Posted on the BMW website is the following:” The acronym BMW stands for Bayerische Motoren Werke GmbH, which roughly translates to the Bavarian Engine Works Company. The name harks back to the company’s origin in the German state of Bavaria. It also indicates BMW's original product range: engines for various applications.” Today, just about everyone associates BMW with class, style and luxury. But what are these vehicles made of and are they worth buying or leasing? Let’s examine it and provide you with the information you need!

While the answer would depend on who you ask a few websites weigh in on this question. According to Repairpal.com: “The BMW Reliability Rating is 2.5 out of 5.0, which ranks it 30th out of 32 for all car brands. This rating is based on an average across 345 unique models. The average annual repair cost for a BMW is $968, which means it has average ownership costs. The other factors that contribute to BMW reliability include an average of 0.9 visits to a repair shop per year and a 15% probability of a repair being severe.” Repairpal.com also adds: “The average annual repair cost for all BMW models is $968 per year. compared to $652 across all models. This includes both scheduled maintenance and unscheduled repairs.”

While BMW is one of the most sought-after vehicles in the world, there may be much to be desired about this luxury brand of automobile. The osv.ltd.uk website states: “Since 2007, BMW has not scored above average with Consumer Reports. In 2012, BMW 3 Series convertible topped a list of the five least reliable cars. The BMW 5 Series came third in that list. Not only that, but their research found that cars aged between four and eight years old are more likely than any other car to be off the road, with the 3 Series being the likeliest car to be so. Back in 2010, Consumer Reports Best Cars study placed BMW as one of the least reliable in most of the classes and categories. So far, so unreliable.”

Which BMW Is the Most Reliable?

In recent years, the German automaker has seen some unpopular reviews about its cars.  But there seems to be one BMW that may prove to be a reliable piece motor craftsmanship. “One recommended option is the non-turbocharged 2006-2011 BMW E90 3-Series”… according to the motorbiscuit.com website. The site goes on to say that the BMW E90 series offers drivers comfort as well as spaciousness. Additionally, this class of BMW provides the driver with some stability as well as cutting-edge satellite navigation too. But it does come with some drawbacks. MotorBiscuit.com adds: “…as with every vehicle, the BMW E90 3-Series can develop age-related problems. Specifically, the valve cover gasket and oil filter housing gasket can develop leaks.”

How Many Miles Can A BMW Last?

We went to the Internet to see what answers BMW owners and enthusiasts had to say. Check it out below!

“I have a 1988 735I that has 267,500 miles on it with a lot left to go. With continued maintenance I expect more than 300,000 miles on this one. I drive it every day and the engine purrs like a kitten. I have bought four BMWs since 1980 and all are still moving. I still have three of them and each one has more than 130,000 miles and work great. A key for me has been to stay away from a dealership that tries to sell you more than necessary. I patronize a BMW trained mechanic who only does what is necessary and I purchase the OEM parts on line at less than one-half the price of a dealership. So, I want nothing but a BMW in my garage or driveway.”

At What Mileage Do BMWs Start Having Problems? – What Are Common Issues with BMWs?

As you scout for a BMW, it helps to know what to expect. So, when do the cars begin to develop problems? As you can probably guess, it will depend on the maintenance and the hardware within the vehicle. But we break down some common issues with these popular luxury vehicles.

Electric Windows that Fail to Work

A common issue that BMWs experience are electric windows that frequently break down, and they stay open. This issue is one that is not only a concern for comfort, but safety. No one can drive a car and park it if the windows are down and open.

To have a good running coolant system is to have a car of gold! The coolant system is one of the most important parts of any car, as it has the job of keeping the engine at an optimum temperature and prevent it from overheating. But the coolant systems on BMWs are known to fair and can end up leaving owners stranded or calling road side assistance more times than they care to acknowledge. With several parts that make up the BMW’s coolant system, any one of them is likely to fail once a BMW owner has typically driven their vehicle between 80,000 and 120,000 miles. It’s important to note that regular servicing is the best to prevent costly and unwarranted repairs.

As the job of the gasket is to connect the oil filter to the BMW engine, it can prove to be a weak component in a BMW. For many BMW owners, it ends up frequently leaking. A decrease of oil in the engine not only increases wear and tear but can lead to expensive repairs. Over the course of time, the gasket can become worn as well as brittle over time. But if you catch the damage early enough, you may be able to starve off a hefty repair bill.

It appears as if a BMW’s door handles look as if they have been in war! Several owners of the BMW X5 luxury SUV- in particular- have cited issues with their door handles becoming torn and worn rather quickly.

Another common issue with BMWs? The electrical systems in these luxury cars. The issues with bad electronic windows are not the only electronic issue reported by BMW owners. It appears that the fuse box located in a BMW has a short shelf life. But the more serious electrical flaws have been reported resulting in BMW recalling more than 300,000 vehicles in the United Kingdom back in in 2018. A faulty electrical system was linked to a death of a driver in Hampshire, England.

Are BMW Or Mercedes More Reliable?

In the case of luxury car compared to luxury car, many car enthusiasts seek to find the answer to the ultimate question: “Are BMW Or Mercedes More Reliable?”  The answer? Well, recent reports indicate that BMW falls somewhere in the middle, as Mercedes edges a bit higher on the top, when it comes to durability, craftsmanship and reliability. And in a report released by cars.usnews.com back in 2017 it revealed that: “Mercedes-Benz snuck into the top 5 of the 2017 study with 131 problems per 100 vehicles. BMW came in two spots below Mercedes, with 139 problems per 100 vehicles.”

What Is the Most Popular Used BMW Model?

We break down some of the coolest used BMWs that may set your “need for speed” ablaze!

This BMW is ranks high in the “luxury midsize cars” class. Additionally, it has great features that make it a quality motor machine. Features and traits such as handling, power trains and a spacious cabin put it as one of the BMWs that should stand “front and center”.

This SUV is a great one to have if you are looking for a foreign luxury car that has a strong turbocharged engine as well as a spacious cabin. Even though it lacks optional powertrain choices, it appears to be a quality subcompact SUV that offers quick acceleration, and stellar handling.

Need a BMW that combines sporty with classy? Then this may be sure bet for you. With this car, you get good handling. But be aware of a reported cramped backseat and costly maintenance too.

Ready to sell your BMW?

Got a BMW to sell? Sell it to Cash Cars Buyer! We buy all kinds of cars, including that BMW you no longer want! Just click here and get ready to sell that BMW fast! It won’t cost you anything and you never even need to leave the comfort of your location to sell it! Turn that BMW into beautiful cash, FAST with Cash Cars Buyer!