Body Control Module Repair – When Do I Need To Fix My BCM And How Will I Know? 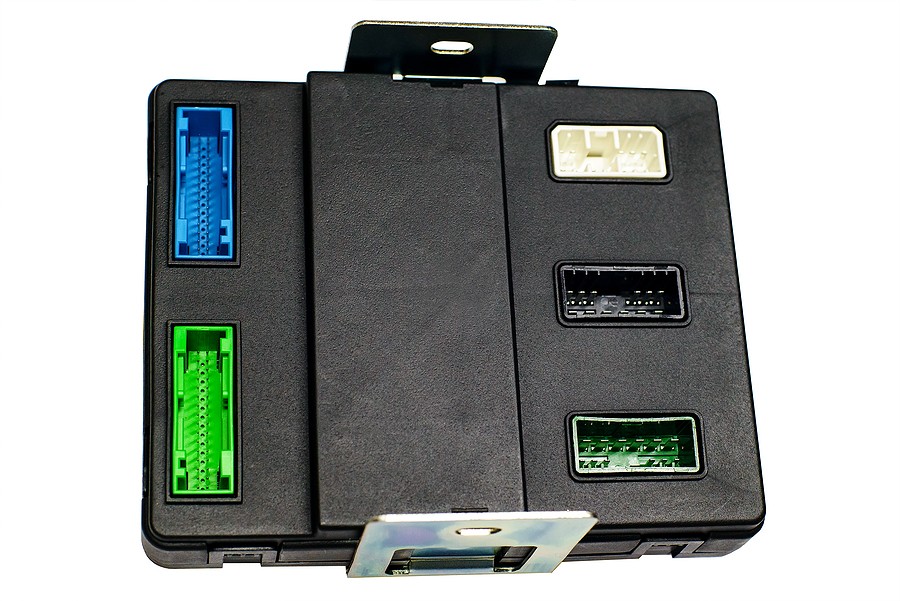 Repairing certain components of your car can take some time, effort, and money, but they are completely necessary to the longevity of your vehicle and the safety that is involved with driving on the roads. One of these important parts of your car is the body control module.

What is the body control module?

The body control module repair requires you to take your vehicle to a mechanic. In some cases, the fix could be relatively quick, and in some cases it could be more extensive. For some people, it might even take under an hour and cost you less than $300, while for others it will cost hundreds more.

In some cases, the module needs to be replaced and all of the other parts are working fine. However, in other cases, other parts have been negatively affected, and the process will be more expensive and time consuming.

A faulty or damaged body control module that is in need of repair will show certain signs in your car that are easy to see if you are paying attention. This can cause your vehicle to act erratically and behave in ways that are unintentional, which is pretty easy to take notice of.

For example, turning on the turn signal while driving could cause the vehicle to do another electronic or power-assisted mechanism, like rolling up or down the window. Or, the speedometer could change instead of you pressing the brakes and slowing down the vehicle. These examples are dangerous, and can show how the body control module acting haphazardly can be dangerous to everyone in and outside of the car.

Failure of the body control module can also present itself in various ways, some of which might not be clear to the drivers. However, if your car starts behaving on its own and is not “listening” to you, then your body control module repair might need to happen sooner rather than later.

Once you get this issue figured out, your car will work a lot better and it will be safer to drive. It is still possible to drive your car with a damaged body control module, but that is not the best option and can lead to more issues in the future. It can make getting in and out of your car difficult and distract you while driving. Getting this issue taken care of by a professional can put you at ease and make your rides more comfortable and less distracting. It also lets you control everything accurately and make sure that nothing electronic or power-driven messes up while you are driving down the road.

What is done during Body Control Module Repair?

Firstly, your mechanic will need to diagnose the car and determine what the root issue is. He will be checking out your car to see what the problem is and if it is more than just the control module that is needing to be fixed or at fault for the problem. Your car’s computer system can be glitchy, and this is often not that serious of a fix.

Since this is an electrical problem, the mechanic will disconnect power to the module before just trying to remove it from the car to ensure no electrical wires or connections get crossed. In most cars, this requires the mechanic to just remove the glove box and get in behind to access the body control module. Once he has done this, it is a pretty simple process of taking out the body control module.

How To Save Money on Body Control Module Repair

Although many fixes you can try and do yourself if you have the basic information and tools, this one might not be a good idea to try yourself. Unless you are experienced or have plenty of hours working with cars, this body control module repair or replacement would be the best if you brought it to a mechanic’s office. A lot of people want to save money, but you can actually end up costing yourself more if you mess up.

The best way to save a few bucks on the body control module repair is to compare prices of local mechanics in your area and see which ones will offer you the best price for your services.

To give you an idea of how much you might have to pay to get this body control module repair done in a mechanic’s shop or an auto body shop, we have included some prices for common makes and models on the market today so you can get a feel for how much your specific car will cost.

One of the more inexpensive options for a body control module repair is the Honda Accord. The Honda Accord only costs about $648-$850 in total for the repair, running at around $80-$100 in terms of labor and $568-$747 for parts.

In addition to the cylinder head replacement, a spark plug replacement may be necessary. Replacing your spark plugs is usually signified by the car being hard to start, the engine misfiring, car getting poor fuel economy, a rough engine idle, the engine being very loud, and the check engine light illuminating on your dashboard. This average price is between $192 and $256.

Lastly, you might find that along with the body control module repair, you may need to have a timing chain tensioner replacement. A timing chain runs inside of the engine and needs to be lubricated by the engine oil. The timing belt generally needs to be replaced between 40 and 100,000 miles, while the chain does not need to be replaced until there is a clear problem. The price for this replacement is around $902-$1,117. As you can see, the body control module repair can harm other parts if it is not taken care of in time.

Can a Bad Body Control Module Cause a Car Not To Start?

Each body control module is manufactured and made differently. Containing functions that are exclusive and unique to specific car makes and models. This means that each BCM can affect each car in a different way, so you need to be able to distinguish what is normal and what is not for your specific car make and model. Some BCMs only oversee the car’s electrical parts, while others combined with the electronic control units are in charge of other more complicated functions, like the exhaust system.

The body control module also is located in different places according to various cars. More often than not, you can find your BCM under the dashboard, or if you are unsure as to where it is located when you want to check it or when you want to tell your mechanic, you can refer to your vehicle’s manual to see.

So, long story short – can a bad body control module cause a car to not turn on and work properly? Yes. A malfunctioning or damaged body control module could occur for various reasons, like impact collisions due to accidents, loose wiring harnesses, wire shortages, and misfirings, excessive engine heat, and faulty sensors.

Common symptoms of a damaged or faulty car computer includes the engine not being able to turn on or crank, engine misfiring, the check engine light coming on, or the fuel efficiency and the power reduced while being used.

In addition, you should check for the fault code U0140, which is typically indicative of a broken or faulty car computer. Along with the other symptoms that we mentioned, the code, paired with general instability, like shaking or whining, are signs of a faulty body control module.

How to replace a Body Control Module

First, make sure you disconnect the negative terminal on the battery with a tool, like a wrench or a ratchet. Next, you have to locate the body control module. As we said earlier, there is a high likelihood that the module is usually behind the glove box or underneath the center console.

Third, remove the glove box or the center console by removing the screws. This is generally pretty simple and although sounds like a big undertaking, is a relatively simple procedure.

Next, use a ratchet to pull out the bolts holding the body control module in the specific place either under the console or the glove box. After you have removed the bolts, push the connector clip within your fingers and pull out the connector with force.

In addition, for connectors that are having trouble coming out when you pull on them, you might want to use adjustable pliers to grip the connector and pull it with enough force without snapping it or breaking it.

PrevPreviousCrankshaft Replacement Cost – How Much Will I Have To Pay And Can I Do It Myself To Save Money?
NextCash for Junk Cars Fitchburg, MA — Scrap a Car and Get Same Day Pickup!Next