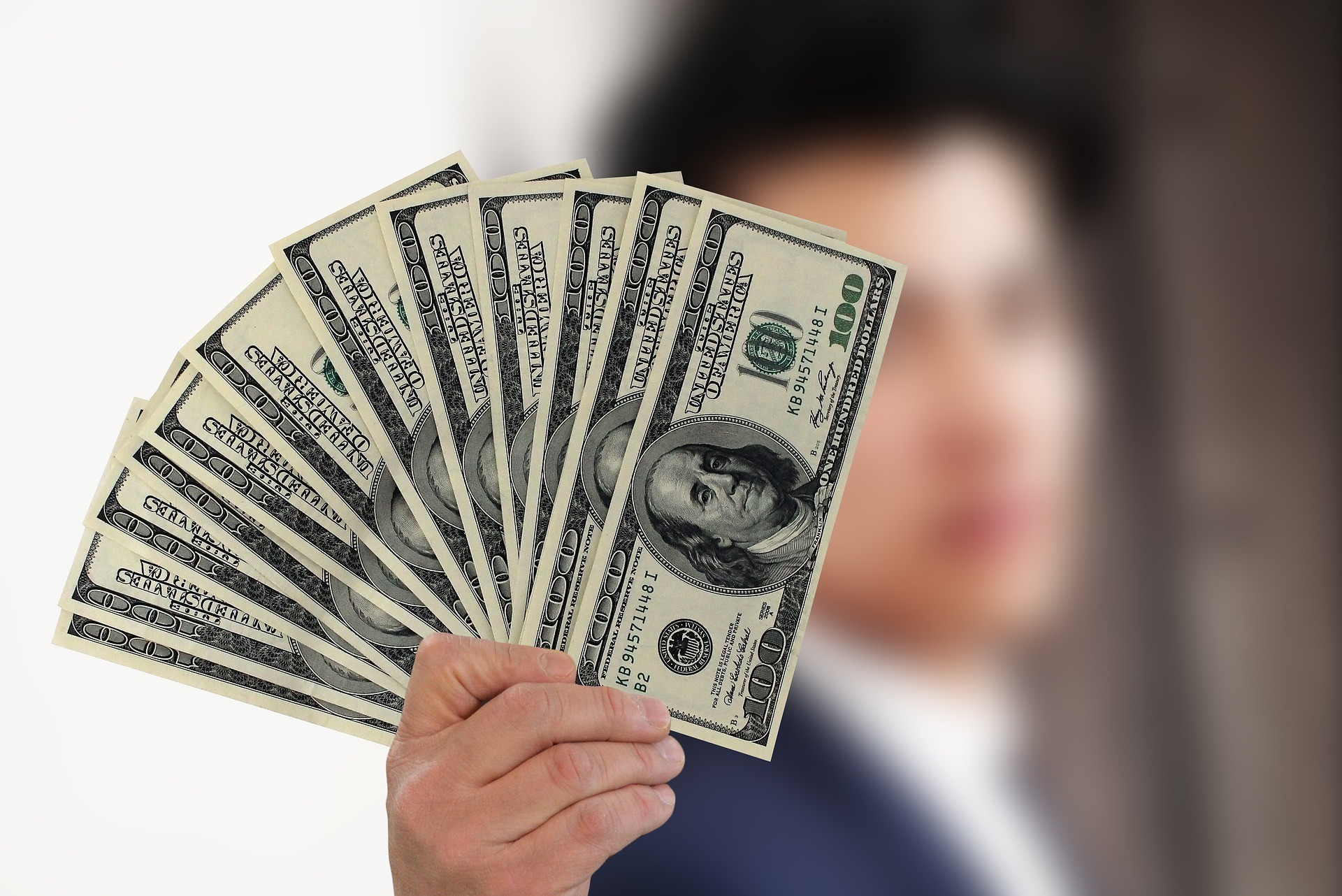 Has “old reliable” become a little too old? If you’ve finally decided to retire your trusty daily driver, it might be time to sell it. There are many reasons you might choose to part ways with an older vehicle. Maybe the cost to keep it on the road has become too much to justify. Or, perhaps you’d like something with a few more safety options. Whatever the reason, if you’re asking yourself: “where can I sell my old car?” – you’ve come to the right place.

If it’s more than 10-years old, dealers are likely off the table. Instead, consider traditional methods, like displaying a for-sale sign, or listing it in the newspaper or on Craigslist. You can also take it to a scrapyard or junkyard. For a quick sale, consider online car buyers like CashCarsBuyers.

Let’s first look at a few of the reasons that suggest it’s time to sell your old car. Then, we’ll cover where to sell it. Lastly, we’ll examine whether it’s better to sell an old car or donate it, and what the options are if you don’t have a title.

Signs That Indicate it’s Time to Sell Your Old Car “I’ll drive it until the wheels fall off” – while many might say this, it’s rarely the case.  Most of the time, there are other reasons most decide to get rid of an old car without the wheels falling off.  Though, if they do, you might want to take it as a sign.

As cars age, they start to break down – there’s no avoiding it.  Take your radiator, for instance.  Its job is to introduce cold air to the coolant to help keep the engine within a safe temperature range.  If it fails, your motor will overheat, leading to catastrophic concerns such as a cracked engine block or blown head gasket.  These repairs can cost thousands of dollars if a fix is possible at all.  How long do they last?  As long as 10-years.  How old is your radiator?  You might want to keep an eye one it.

What is another item to worry about that suggests you should sell your old car?  The alternator, which is in charge of delivering power to the various engine parts.  While the battery helps start the motor, the alternator keeps it running.  Sure, you might be able to drive a short distance with a failing one, but it won’t be enjoyable, and you also risk causing further damage.  How long do alternators last?  About 7-years.  How much do they cost?  Even if you swap it with a used or rebuilt one, about $500.  A new one will set you back about $1,000.

Other parts to worry about include the brake calipers, A/C compressor, transmission, power steering pump, and cooling fan.  If you’ve never had an issue with any of the above parts – know that the clock is ticking.  The joys of maintaining an older car, right?

Remember when 30-MPG was a lot? Nowadays, thanks to advancements in automotive technology. Some cars are capable of triple-digit mileage. Back in 2011, the Obama administration reached an agreement with several automakers. Requiring that all passenger cars and light-duty pickups be capable of 54.5 miles per gallon by 2025.  At an average of 10,000 miles per year, comparing 30-MPG to 54.5-MPG at $2.5 per gallon would mean an annual savings of about $375, or $31.25 per month. If your current old car gets an average of 20-MPG, you’d be saving nearly $800 per year or about $65 per month.

Selling that old car and getting something more efficient is starting to look pretty great, right?

Did you know – that each day more than 90 people lose their lives in the US due to traffic accidents? Scary, right? While you might not have considered it, advancements in automotive safety technology have come a long way. Why risk becoming a part of the statistic? If you drive an older car, it’s missing a lot of safety features compared to newer models. Let’s look at a few of these and when they became available:

1951 – Crumple zones introduced to the world. What are they? They’re weak points in the front of your car designed to absorb the force of an impact before it reaches the passenger cabin.

1956 – Seat belts become an option on all GM, Ford, and Chrysler vehicles.

1964 – Front seat shoulder belts become standard with most US automakers.

1969 – Head restraints become required in the US.

How dated is your vehicle? Hopefully, not too old. If reading the above list made your skin crawl, it might be time to get rid of it.

Now that you know a few of the factors that make it a good idea to sell an old car.  You might be asking yourself: “where can I sell my old junk car?” – let’s review.

Where Can I Sell My Old Car? Good news, old-school methods for selling an old car still work.  Parking your vehicle on a high-volume street is a great way to ensure people see it.  Some states, however, don’t allow it – which can result in a fine, as well as having it towed.  Be sure to check the laws on advertising a car for sale in your area when parking it.

It’s as simple as cleaning it inside and out, and slapping on a for-sale sign showing the year, make, model, and asking price, as well as a good contact number.  Be sure to keep it locked, the last thing you want is to have it stolen.

If you’re asking yourself: “where can I sell my old junk car?”  You might consider the local newspaper.  While fewer people read them than they used to, it’s still a decent place to list an old car for sale.  You usually have a character limit, so it’s crucial to use your words wisely.  Be as descriptive as you can about the condition, the good, and the bad.  You only get a single image, so make sure it shows your car clearly.  We suggest using a shot from the front, showing the driver’s side.

Craigslist gets an average of about 50-billion page-views each month, making it a fantastic place to list an old car for sale.  While posting a vehicle used to be free, as of April 15th, 2019, there’s a $5 fee, which we feel is more than fair.  Be sure to provide as much data as possible about your vehicle.  Including the condition, its history, and any add-ons.

One of the best ways to ensure you find some traction is to include several clear photos.  How many? Ten should do it.  Consider taking one of each side, as well as the front and back.  For the interior, you should include one from each door, as well as the dash, and cargo areas.

Remember that protecting yourself should be your top priority.  If you plan to meet with anyone wanting to look, be sure to do so during the day.  You should also let someone know – or bring them along.  If you do decide to allow someone to test-drive it, we suggest getting a copy of their driver’s license and insurance first.

For more information on selling an old car on Craigslist, check out our previous article.

If you’re asking yourself: “can I sell my old car to a junkyard?” – the answer is yes.  The great thing is that older cars tend to have more metal on them than newer ones.  Why does this matter?  Because when selling an old car to a scrapyard or junkyard, the weight of it matters.  Why?  Because more than likely, they’ll melt it down for repurposing.  For this reason, be sure to keep an eye on the current price of scrap metal to try and time it during a high-point.

You can also scrap an old car yourself.  While this can take a bit of time and effort, it’s a great way to squeeze every last dollar out of an old vehicle.  Consider things like exhaust systems, stereo systems, wheels, all of which will fetch a fair amount when sold separately.  You might be asking yourself: “where can I sell my old car parts?” Thankfully, Craigslist is a great place to market old parts for sale.  Be sure to include photos and mention the year, make, and model of your vehicle.

While most of us might think of a dealer first, the truth is that if your car is more than 10-years old, they likely won’t want it.  Why?  Because when they’re beyond a decade in age, the banks are reluctant to give loans for them.  Another thing is that dealers rarely can sell aftermarket service contracts on them, which limits their margins. When trying to sell an old car for cash, you might want to consider options other than a dealer.

If going through the hassle of parking a car for sale, listing it in the newspaper or on craigslist, scrapping it, or getting told no by a dealer sounds like too much work.  You can always get an instant quote online from CashCarsBuyers and finalize the sale in less than 24-hours.

Here’s how it works:

Now that you have a better idea of who buys old cars.  Let’s look at whether donating an old car is a good option.

Should I Sell or Donate My Old Car? You might be asking yourself: “should I sell or donate my old car?” The choice, though, is entirely up to you. If it’s money you’re after, donation won’t yield much in the form of a return. Why? Because the best you can hope to receive monetarily is a tax write-off of as much as $500. However, you should note that charity organizations also provide free removal. Which carries a value of about $100 to $300 depending on how far of a tow it is.

The most important thing to make sure of is whether it’s a real charity or not. How do you know? Check if they’re a 501(c)(3) organization (non-profit). If not, they’re not a real charity. For more information, be sure to check out our previous article on donating a junk car.

Where Can I sell My Old Car Without a Title?

In most cases, no title is no problem as long as you have your license and a copy of your registration.  If you intend to sell it privately, you might want to consider including a notarized Bill of Sale, which confirms the transfer of ownership. Be sure to include the date of sale, the names of both parties, the selling price, and a description of the vehicle.

Where is the Best Place to Sell My Old Car? – CashCarsBuyers is

Great news, you can now call yourself a pro at selling old cars. You should have a clear understanding of what makes an old car worth selling. Such as costing too much to maintain, having low gas mileage, or not being up to current safety standards.  You should also know where to sell an old car for the most cash, which, if you factor in convenience, is CashCarsBuyers.  You should also be aware of what to watch out for when donating an old car.  As well as whether a title is needed or not.