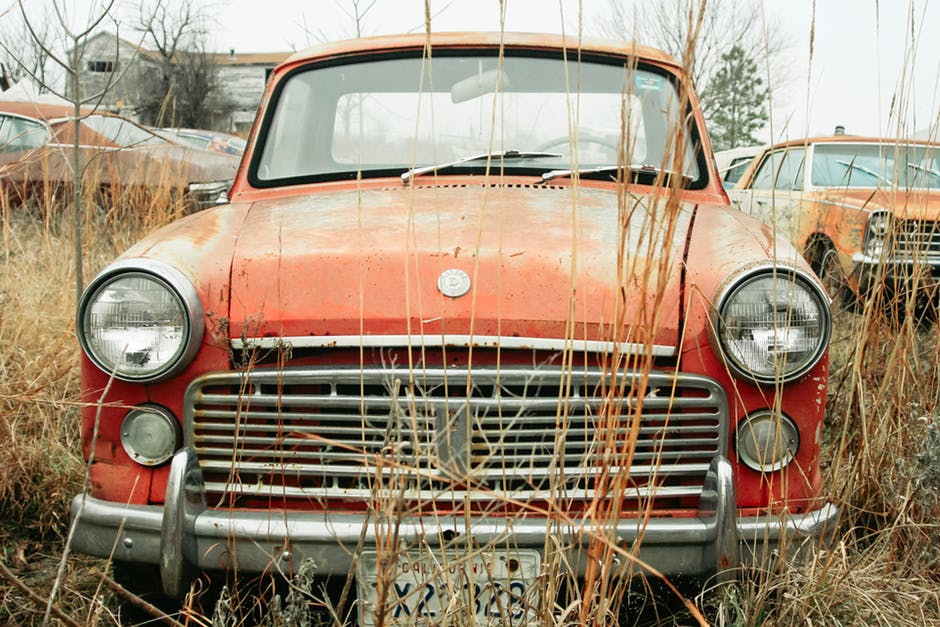 Did you know that in 2017, Illinois had over 4.65 million registered automobiles?

And, as you can imagine, a lot of those cars are in Chicago, with it being the most populous city in the Prairie State. In fact, the rate of car ownership in the city averages at one car per household. Since the city is home to almost 1.5 million households, we're looking at roughly the same number of cars.

With so many vehicles on the city's roads, it's no wonder Chicago has strict laws. After all, abandoned vehicles take up space and pose safety and security risks.

Now the question is, how exactly does the city define “abandoned”? And what happens to abandoned vehicles?

We'll answer all these questions in this post, so be sure to keep reading!

How Chicago Defines an Abandoned Car

So, how does the City of Chicago classify vehicles as abandoned?

First, it can be a vehicle in a state of disrepair (as in non-operational) and parked on a public way.

It can also be any motor vehicle that has been sitting unused on the same spot for over seven consecutive days.

An unregistered vehicle left on the public way for two or more days is also considered abandoned. The same goes for a vehicle without a temporary state registration placard.

Meeting even only one of these criteria already makes a car abandoned.

Abandoned Cars Could Include Dilapidated Vehicles Left on Private Property

A common misconception is that for a car to classify as “abandoned”, it should be on public property.

In Chicago, this isn't always the case.

The city also considers dilapidated vehicles left on private properties as abandoned vehicles. In this case, such cars are in a hazardous condition and are in “full view of the public”.

Junk cars left rotting away on someone's yard or driveway are perfect examples.

Junk vehicles include old, rusting, and inoperable vehicles as well as totaled cars. They can also be flood-damaged vehicles that are no longer safe to drive. They can be cars stripped of their parts, making them literally a heap of junk.

By that definition, junk cars already meet most of the conditions of an abandoned car in Chicago. If people could see these vehicles all the way from the streets, they could report it as abandoned. Residents of Chicago can report suspected abandoned vehicles by phoning it in. The city has a dedicated request line, which is 3-1-1. There's also an online reporting portal for abandoned vehicle complaints.

City officials first review these abandoned vehicle complaints and removal service requests. This allows them to determine if the reported car is really abandoned. If it is, then the private towing contractor will carry out its removal.

The private towing contractor has been working with the City of Chicago since 1989. Since then, it has already towed and impounded over 500,000 abandoned vehicles.

These abandoned vehicles are then taken to either auto pound 3S or 3N. If no one redeems them, the pound will sell them for scrap.

The Lengthy (And Pricey) Process of Redeeming Impounded Vehicles

Owners of impounded vehicles can get their car back by going to the pound itself. They need to bring proof of vehicle ownership, such as the title or bill of sale. They should also present valid identification, such as a driver's license.

There are also hefty penalties to pay, starting with a $150 fee for the abandoned car towing service. The pound will also charge $20 a day for the first five days of pound storage. After that, the storage fees will go up to $35 a day.

If the owner will drive the vehicle out of the pound, it needs to have an up-to-date registration. It should also have current Chicago license plates, and if applicable, a valid car sticker.

Pound lots usually store vehicles for only 21 days from the date that the city has notified their owners. If they remain unclaimed, then the pound can then sell them as scrap. The Reason for Chicago’s Stringent Laws on Abandoned, Derelict Vehicles

Abandoned vehicles aren't only an eyesore. They can also pose security risks by attracting vandals. They may even serve as a hiding place for drugs or drug users themselves.

Moreover, trash and refuse can collect in these vehicles. Some people may even stash their own trash in these abandoned automobiles.

From there, pests and vermin can nest and breed in them. They also offer a haven for disease-carrying insects, such as mosquitoes. Moreover, these abandoned vehicles can attract wildlife, particularly snakes.

Among their biggest dangers, however, are their hazardous substance content. Used car fluids, for instance, can be carcinogenic (cancer-causing). Many other car parts can also be toxic, flammable, corrosive, and reactive.

Old car batteries, which are often the lead-acid kind, are also hazardous wastes. Their lead content alone can already cause poisoning. Lead poisoning can lead to stomach problems, weakness, memory loss, and even depression.

These hazardous substances can also affect the environment. For example, used motor oils and lead can seep into the ground. They can mix with rainwater, which can then carry them to public water supply systems. Dealing with an “Abandoned” Junk Car

Now that you know the risks of keeping a junk car, it's best that you get rid of the one in your property ASAP. There are plenty of ways to do so, some of which can even turn your clunker into cash.

Here are some of your options to clear that hunk of junk from your property.

Sell Your Car to a Junk Car Buyer ASAP

Before someone reports your junk or old car as abandoned, sell it to a cash-for-car buyer in Chicago. These are businesses that buy all sorts of vehicles, junk or not, regardless of condition. They will pay you in cash in exchange for your old, wrecked, dilapidated, or non-working vehicle.

In short, you can sell your car without having to clean it up or carry out basic repairs. So long as you choose a buyer who offers free pick-up services, then you don't have to worry about having to move your car. You only have to schedule the collection, and they'll come pick your car up.

As you can see, this is the fastest way to get rid of your immovable or non-working vehicle. And you want to do it fast, especially if people can see your junk car from the streets. You never know when someone might file a 311 service request after seeing your “abandoned” car.

Part It out and Cash in on Its Valuable Components

If you have a bit more free time (and space), you can also part out your car first. You might be able to make more money by selling its valuable parts individually.

Note that this requires more skills and knowledge though, so be sure you're up for the challenge. And since it can take time to tear apart a vehicle, you'd need to do it in an area that's not visible to the public, such as a garage. This way, even if the project will take you a few days, you can prevent people from reporting your car as abandoned.

Sell the Rest of the Scrap Metal

Once you’ve parted out your car and sold off its valuable parts, you can sell the remains of your vehicle. You can take them to an auto salvage yard, but you may get more if you sell them to a junk car-part buyer.

Don’t Let the City of Chicago Tow Your Car Away

There you have it, your ultimate guide on how the City of Chicago deals with abandoned vehicles. Now that you know that your junk car can classify as an abandoned car, you should get rid of it as soon as you can. This way, you can prevent the city from towing it away and making you pay all those hefty fines.

Besides, your car is still worth something, regardless of how old or rusty it is on the outside. Why let the city sell it if you can cash in on it instead?

Ready to turn your junk car into a quick source of cash? We can help. Connect with us now so we can provide you a free estimate of how much your car is worth!