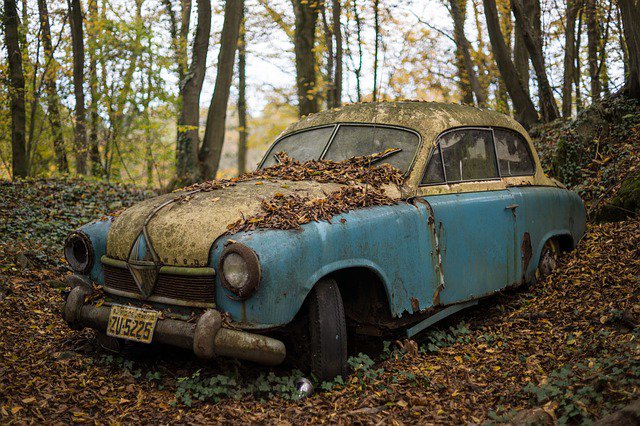 Today, more vehicles are being totaled than repaired.

If you have a junk car taking up space in your garage or driveway, one of the best ways to get the most money out of it is by breaking it down and selling the parts as usable or for scrap.

While it's faster and easier to sell the entire car to a scrapyard, you won't get as much money for it that way.

Keep reading to find out more about taking apart a car for parts. Before you jump in, there are a few things you need to have. Let's look at each of these to ensure you have them and are ready to start digging into your junk car.

Without the right tools, there are a few things that can happen while parting out a car. You may not be successful, you may damage parts, or you could hurt yourself.

You should at least have these tools to take apart a car:

The more car-related tools you have, the faster and easier it will be to part out a vehicle. The more you know about cars and particularly the car you're taking apart, the easier it will be.

If you've never even changed a tire before, you may have a hard time taking a car apart and knowing what's what in the engine.

First of all, you'll need space to work so you can freely move around your car. You'll also need room for your tools to easily access them as you work and a place to put parts as you remove them.

If you're going to be selling parts to individuals online, you should have a way to keep them organized.

The final thing you'll need is time. How long it will take you depends greatly on the type of car you're working on and your skills. Regardless, it will require an investment of time to get everything valuable off a car. Valuable Parts to Watch For

If your primary goal is to make as much money from your junk car in as little time as possible, you'll want to focus on the most valuable parts of a car.

Let's quickly look at 10 of the most valuable parts of even totaled cars that you should make sure you set aside to sell.

As long as it's still working, you can sell your car's radio. You'll get more money if you bought a new radio to replace your own at some point, but even built-in radios can fetch a decent price.

The wheels, tires, and rims are all valuable parts of a car and some of the easiest to remove. If the tread is still good, you may be able to sell the wheel as a whole.

Even if the rim is damaged, it's still worth a few bucks at the scrapyard. Driving around in the summer months without AC is miserable. It's why people are willing to pay an average of nearly $2,000 to have them repaired!

Buying a completely new system is even more costly, which is why some people will buy a used one. As long as your system is still working, you can easily get a few hundred dollars for it.

This may be surprising, but you can sell your windshield wiper arms for more than you think. This is another part that's fairly easy to remove which can sell well when in good condition.

If you've ever had to buy a new battery for your car, you know how expensive they are. Even used, car batteries are valuable, so be sure to pull it out and sell it rather than leaving it in your car.

One of the most common parts of a car that's damaged is the door. For that reason, many people are looking for used car doors to replace their damaged car doors.

This is another part of a car that's frequently damaged. So much so a minor accident is referred to as a “fender bender.” If yours still have their shape, people who have had their fenders bent will be more than happy to buy yours.

The third part of a car that bears the brunt of many accidents is the bumper. Once again, people will be looking for undamaged bumpers to replace theirs if needed.

With doors, fenders, and bumpers, the amount you can get for them varies greatly depending on your car's year, make, and model. The more popular your vehicle, the more quickly these parts will sell.

As long as your car was made after 1975, it has a catalytic converter which is worth quite a bit of money. This is not because of its resale value as a part but because of the precious metals it contains.

In most cases, you'll simply want to sell the converter itself to a scrapyard but doing so will get you more money for it than you would have if you'd sold the car with it still attached.

Despite modern technology that includes GPS systems on our phones, an internal system on your car is still valuable. This is because many people still rely on these while driving and are willing to pay to replace their systems.

What to Do with Everything Else

To maximize your time, you'll want to focus on the parts on this list. However, you're more than welcome to keep removing parts and selling them individually. You simply never know when someone is going to want to buy one.

Once you've taken out as much as you want or are able to remove, be sure to sell the rest of the car to a junkyard. The scrap metal in the frame alone will be worth some money so don't miss out on that.

Ready to Sell a Junk Car?

Now you know how to part out a junk car. If you know what you're doing and have the right tools, it's a great way to get the most amount of profit from your old vehicle.

Whether you've already removed the most valuable parts or have decided it's not worth your time to part out, consider selling your junk car to us. We give free estimates and pay fast so you can have cash in your pocket and space in your garage.