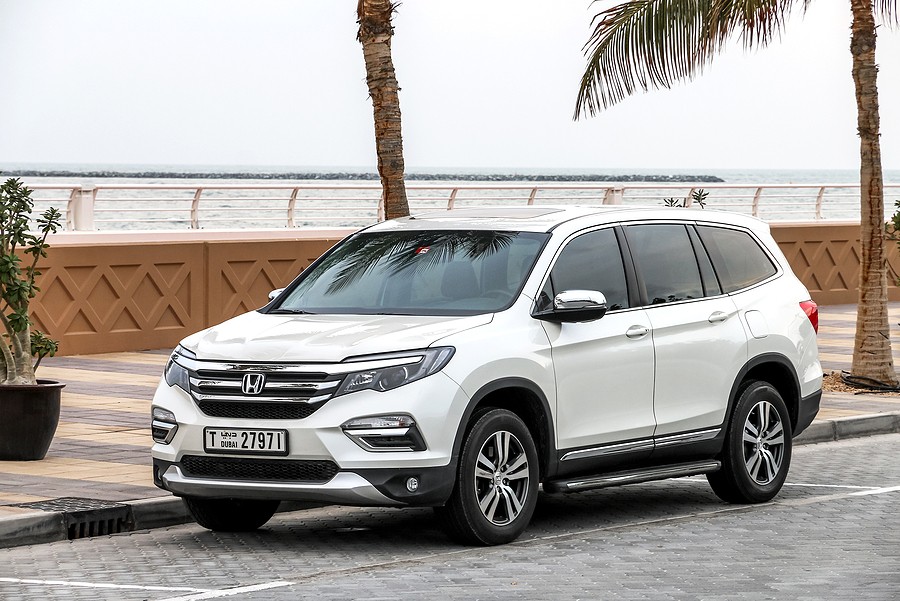 Adding in labor to the total Honda Pilot engine replacement cost, owners can expect to pay between $800 on the low end of the spectrum to around $3,000 on the high end. Since most technicians have an hourly rate of between $80 and $150 based on the complexity of the engine, the total job will usually take between 10 and 20 hours to complete.

For car owners to understand why they need to pay the hefty Honda Pilot engine replacement cost, they first need to know the different engine types, the worst model years of the Pilot, and the most common issues to look out for!

The Honda Pilot is a mid-size crossover SUV that has been produced and manufactured by Honda from the 2003 model year until the present. Spanning three generations, this car has undergone many changes throughout the years – like the engine choices.

The worst years of the Honda Pilot is the 2003, having the most overall complaints from car owners and users. It is often considered the most problematic due to the early onset of issues, the severe problems, and the high replacement prices.

The top three concerns across all model years of the Honda Pilot are the following:

There are many causes of your engine running roughly and having a rough idle. Some of the main causes of this concern deal with dirty fuel injectors, clogged air filters, fouled spark plugs, and different exhaust system issues.

To fix the rough idle and reduce the overall Honda Pilot engine replacement cost, you may need to replace one or more of these parts mentioned above. Replacing the fuel injectors costs between $800 and $1,450 for a full replacement, with the parts costing between $600 and $1,200, and the labor running between $200 and $250 on average.

The price of replacing the air filters in your car ranges between $15 and $25 per filter, which is a very inexpensive repair cost that can reduce the overall Honda Pilot engine replacement cost in your 2003 model year.

Lastly, you can replace the spark plugs in your 2003 Pilot between $16 and $100 per spark plug, with the labor ranging between $40 and $150. The total billed time is usually between 45 minutes and 90 minutes for the entire procedure in your vehicle. Paying for these small fixes can reduce the problems from worsening and causing an expensive Honda Pilot engine replacement cost.

The engine concerns in the 2005 Pilot involve the motor mounts breaking, the check engine light on the dashboard, oil leaking, timing belt tensioner breaking, and engine failure due to a buildup of sludge within the internal system.

Usually, the replacement price for the motor mounts in your 2005 Pilot is between $224 and $63 for the parts and labor. If you can do the labor yourself, you can usually find the parts between $38 and $145, helping you save a few hundred dollars on the overall Honda Pilot engine replacement cost.

Although fixing the excessive oil consumption can sometimes result in an expensive repair price, sometimes it is just the case of replacing the PCV valve and oil pan gasket in your car. Replacing the PCV valve in your car is between $65 and $83, with the pats costing only $21 and the labor ranging between $44 and $56. As you can see, this inexpensive fix is a great way to prevent future issues and prevent a costly Honda Pilot engine replacement cost.

Replacing the piston rings in your 2011 Pilot is an inexpensive fix, helping reduce the potential for a hefty Honda Pilot engine replacement cost. The price is between $30 and $150 for the parts, with the labor adding $40 to $200 depending on how many rings need to be replaced and how many cylinders your car contains.

The 2013 Pilot has various engine issues, with owners reporting the check engine light comes on the dashboard, the car hesitates while accelerating, the engine misfires, noises come from the engine, and the car excessively vibrates while going into Eco mode.

If you find your vehicle hesitates while trying to accelerate, unfortunately, there are many causes and reasons why this could be occurring in your car. Some of the reasons require only minimal fixes, while some require more extensive and expensive repairs and replacements.

The top three categories of concern in the 2016 Pilot are the transmission, electrical system, and engine, with owners reporting issues with the auto idle, engine dying while driving, unintended acceleration, excessive oil consumption, and leaking oil pan.

To fix the auto-idle and rough idling situation in your 2016 Pilot, the most common solution is to address the carburetor problems. The carburetor prevents the engine from making any noise, helping clean the internal engine system. If there is an issue, you will notice the rough idle. Replacing the carburetor costs between $500 and $800 total at most dealerships and mechanic shops.

To determine if the Honda Pilot engine replacement cost is worth the price, you need to know the safety, reliability, and performance of the latest model year. Regarding the 2021 Honda Pilot, this vehicle earned the #9 spot in the Midsize SUVs car category against the competition.

The 2021 Pilot has many positives, such as a smooth ride, agile handling, adult-friendly and comfortable seating, and a spacious cargo room. However, the negatives of this car include a poor predicted reliability rating, limited infotainment technology, and an expensive Honda Pilot engine replacement cost.

The Car US News Scorecard gave this production year a 7.9 out of 10 overall. This vehicle earned a 9.0 for critics’ rating, 7.5 for performance, 8.4 for interior, 9.4 for safety, and just a 2 out of 5 for the JD Power reliability rating. The low-reliability rating caused the 2021 Pilot to earn an unfavorable #10 ranking in the SUVs with 3 Rows category and the #23 spots in the Crossover SUVs category.

By comparing the Pilot against the competition, you can determine as a car owner if paying the expensive Honda Pilot engine replacement cost is worth the price for you and your wallet.

When looking at the Honda Pilot engine replacement cost, you need to know if paying for this expensive fix is worth it for you and your wallet. Purchasing a new engine in good condition can cost between $4,000 and $5,000, while a remanufactured engine is between $3,000 and $4,000, and a used engine will run between $2,800 and $3,200.