Carburetor Adjustment: How to Know When You Need to Have One Done 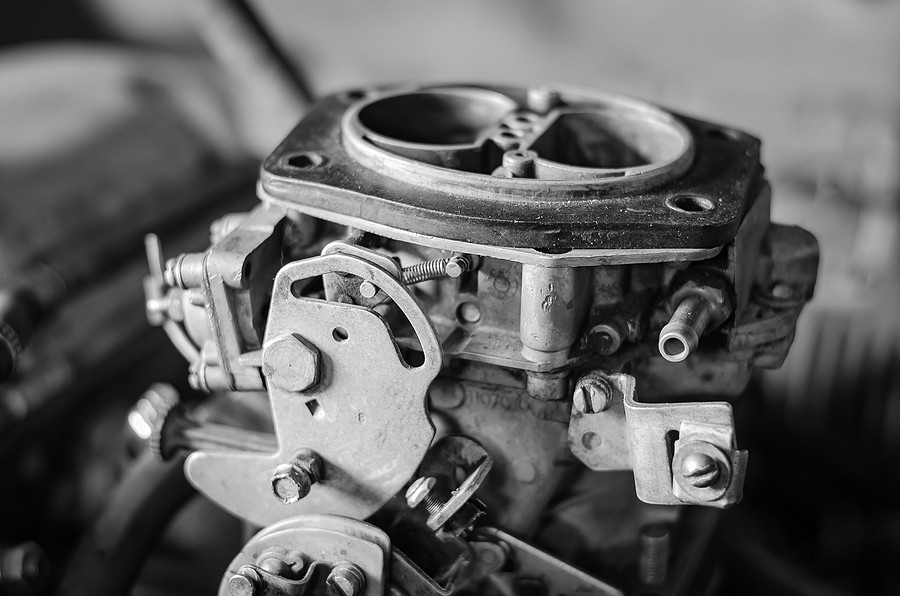 If you own a vehicle that’s on the newer side, there is a good chance that it doesn’t have a carburetor in it. Back in the 1980s, many car manufacturers started to introduce fuel injection and electronic engine control systems into their vehicles, and it eliminated the need for carburetors. But if you own a vehicle that’s on the older side, then you could very well have a carburetor in it. And it’s going to be important for your carburetor to be working properly at all times for the good of your engine. This might require you to schedule a carburetor adjustment every so often. Learn more about the importance of carburetors and see some of the signs that’ll show you it’s time to do a carburetor adjustment below.

What Is a Carburetor?

In order for your car’s engine to work the way it should, it needs to get access to both air and fuel. This is what allows for the combustion process to play out in your engine so that it can provide your car with the power that it needs to move forward. But more specifically, your engine needs the right blend of air and fuel. If it gets too much air or too much fuel, it can cause complications within your engine. This is where a carburetor comes into play.

How Does a Carburetor Work?

Now that you have a basic understanding of what exactly a carburetor does within the context of your car, let’s talk a little bit more about how one works. It’ll help to shed some light on why you’re going to need to do either a carburetor adjustment or a carburetor replacement at some point in time. Carburetors are fairly complicated devices that need to be tinkered with from time to time to ensure that they’re able to carry out their jobs.

With these things in mind, it’s easy to see why it’s so essential for your carburetor to be in good condition at all times. If one of the parts in it stops working or if it gets clogged up at any time, it can really drag down the performance of your car. You’ll need to have a carburetor adjustment done or replace your carburetor to bring it back to life and allow it to start doing its job again.

How Long Should a Carburetor Last?

The good news for those who have carburetors in their vehicles is that they’re usually not going to wear out in just a year or two. You’re going to be able to get a lot of life out of a carburetor. You might even get lucky and be able to continue using the same carburetor in your car for the life of it. But to make this possible, you will have to work to maintain the carburetor in your vehicle.

What Are the Symptoms of a Bad Carburetor?

So, how will you know if and when your car’s carburetor needs to be adjusted or potentially even replaced? It’ll actually be fairly easy to spot the signs that’ll show you that you need to have work done on your car’s carburetor. You’re going to notice that your car doesn’t seem to be running the way it should when you have a bad carburetor on your hands.

Check out some of the biggest symptoms of a bad carburetor here:

Each of these signs could, of course, be a sign of another problem with your car. There are all kinds of things that can have an impact on something like fuel economy. But if you see more than one of these signs, it could mean that you need to have a carburetor adjustment or carburetor replacement done right away. Otherwise, your car’s performance is going to continue to suffer for the foreseeable future.

What Should You Do If You Have a Bad Carburetor?

If you believe that you might have a bad carburetor, you should not continue to drive your car all over town. You’re going to put your car and possibly even yourself at risk if you push a car with a bad carburetor beyond its limits. A bad carburetor could cause damage to your engine and your exhaust system if you’re not careful. It could also put you into dangerous spots if your car stops accelerating because of your bad carburetor.

Your best bet is going to be to take your car to an ASE-certified mechanic right away so that they can take a look at your car and see what seems to be the problem with it. They should be able to tell you whether or not you need to have your car’s carburetor replaced. If you do, you’re better off doing this as soon as you can so that you don’t hurt your car or yourself by driving around in a vehicle with a bad carburetor in it.

Is a Carburetor Adjustment an Option?

These are the steps that will be taken when a mechanic performs a carburetor adjustment for you:

It might take a mechanic a little while, but they should eventually be able to fine-tune your car’s carburetor so that it achieves the perfect air-fuel mixture, both when you’re driving your car and when it’s idling. There is a science to conducting a carburetor adjustment and finding the sweet spot for a car’s engine.

Should You Attempt a Carburetor Adjustment Yourself?

But as we just alluded to, it often takes a lot of trial and error to conduct a successful carburetor adjustment. Mechanics have to tinker with the screws on a carburetor a lot to get things just right. It requires them to test and retest the carburetor in a car over and over again to get the best results. It’s not something that most people are cut out to do, even if they know their way around a car.

How Much Does a Carburetor Adjustment Cost?

If you ever need to replace the carburetor in your car, it’s going to cost you a pretty penny. The exact cost is going to depend on everything from what kind of carburetor you need to which mechanic you trust to put it into place for you. But generally speaking, you’re going to be looking at paying between $500 and $800 for it when everything is all said and done.

A carburetor adjustment, on the other hand, shouldn’t break the bank. You’re typically going to have to pay just a couple hundred dollars to have your carburetor adjusted, if not less than that. It’s not something that’s going to break the bank in most cases. You’ll just need to make sure you call on the right mechanic to get the job done.

Is the Carburetor Adjustment Cost Worth It?

Once you have a carburetor adjustment done, you’re going to find that it was well worth the costs associated with it. Outside of the fact that it’ll help you hang onto your car’s carburetor for a little bit longer, it’s also going to reduce the amount of money that you have to pay for gas every week. Additionally, it’s going to prevent you from having to do other costly car repairs both now and in the future. It’ll be a great investment for your car.

Can You Sell a Car With a Bad Carburetor?

Are you interested in trying to unload a car with a bad carburetor in it? If you don’t feel like doing a carburetor adjustment, you can sell your car as-is to a cash buyer. Cash Cars Buyer would be happy to pay you top dollar for your car in spite of the carburetor problems that you’re having with it.

We welcome you to reach out to us today to find out how much money your car might be worth. You may be surprised to learn about how much cash you can get for a car with carburetor issues. Contact us today to get started.

PrevPreviousWhy Should You Get A Vehicle History Report When Selling Your Car?
NextHonda Civic Head Gasket Problems – How To Prevent A Blown Head Gasket! Next