Oil Pan Gasket Replacement – What Are The Causes? 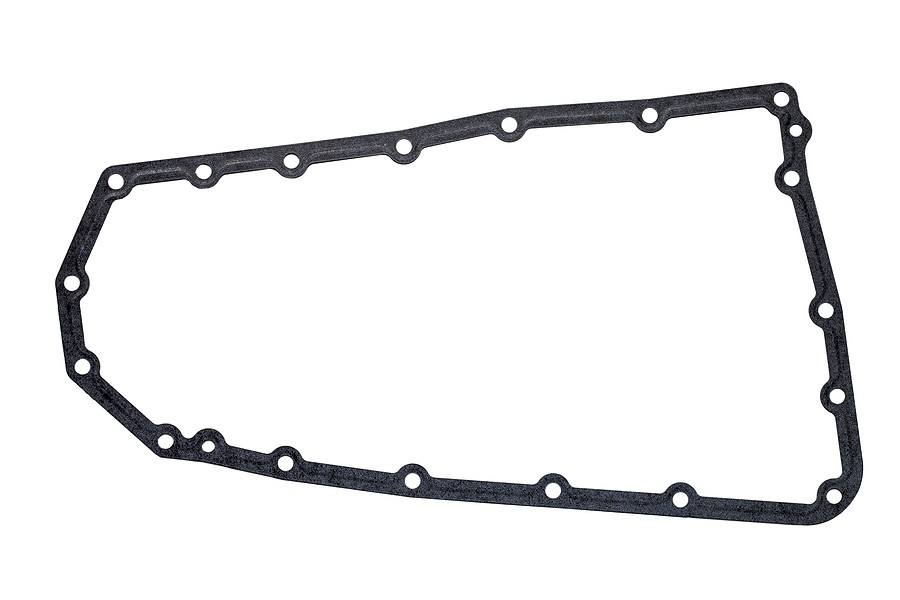 The oil pan gasket is the mechanism in your car is the part that seals the oil paint to the bottom portion of the engine block. The oil pan gasket prevents any motor oil from leaking out as it travels from the pan to the motor and has it return to the pan. Gaskets in general are used as sealing and cushioning material, placed between two surfaces.

The oil pan gasket is designed to seal the area between the oil pan and the engine block to prevent any oil leaks and keep the oil out of areas it shouldn't be. If this part gets damaged, you will need an oil pan gasket replacement.

Oil is a key part of your vehicle’s fuel system that lubricates and provides power and fuel to the internal combustion engine. Oil circulates through the engine and lubricates the components, preventing overheating, preventing friction, and presenting any parts from rubbing against each other.

The oil pan is located underneath the engine. It serves as a reservoir that stores the oil and keeps it safe as it circulates and moves through the passages and tubes of the engine and flows through all of the engine components. The longevity and the health of the oil can affect when you might need an oil pan gasket replacement.

Like most parts in your vehicle and in your car, the oil pan gasket unfortunately will not last forever, especially if routine maintenance is not performed in the oil paint and kept clean and safe. As you continue to drive your vehicle for a long period of time, the gasket will have to go through normal wear and tear, which can damage and hurt the oil pan.

Eventually, the oil pan gasket will get to the point where the part is very worn out and damaged, meaning that you will not be able to move the oil pan seal any longer. This can influence the total oil pan gasket replacement cost.

If oil is leaking out of your vehicle and potentially warming your engine or your fuel system, then your engine will not be able to receive enough oil to lubricate the parts to prevent friction, cool down the engine from overheating, and keep the longevity of the engine at an all time high. If your car does not have enough oil, this can cause your engine to overheat due to the intense friction. The engine overheating will influence the oil pan gasket replacement cost.

When an engine overheats, the devices that are made to cool this heat distribution could actually fail, and cause permanent or severe damage to the engine, the oil gaskets, the hoses, and the engine seals that are in charge of keeping the engine running.

There are various causes for the engine overheating that can influence the oil pan gasket replacement timing. There might be too little or no coolant in the system, which can easily lead to a coolant system failure. If the coolant levels are lower than the recommendation set forth by the specific car’s manufacturer, then you will need to refill or top off the levels with new coolant. When adding new coolant, use a 50 50 mix of antifreeze or coolant and water.

Another season of the engine overheating is the cooling system can leak. An empty coolant tank can be caused by a potential leak, which can be identified by spots or puddles on the ground. This can influence the oil pan gasket replacement timing and cost.

In addition to the leak and the lack of coolant, a broken water pump can cause the engine to overheat and increase the friction. The water pump’s job is to circulate the coolant through the engine, but if the coolant is dirty or has debris build up, it can stop the ocean from moving smoothly through the pump.

Another cause of the engine overheating can be due to the radiator issues or the oil being too low. Radiators can help to reduce the engine heat by decreasing coolant temperatures, and oil levels being too low can decrease the lubrication, meaning that the oil pan gasket replacement cost can increase.

Another sign of the oil pan gasket replacement needing it to happen sooner rather than later is smoke issues happening from your exhaust. When your engine overheats and there is too much friction, it is common for a blue smoke to be produced from your exhaust pipe. Sometimes, the smoke will come directly out of the engine compartment, due to the result of the oil leaking onto the exhaust manifold which can be very hot.

Also, take a look at the condition of the oil pan gasket to see if you need an oil pan gasket replacement, by determining if it is worn out. Either that or take your car to a local mechanic or an auto body shop and have them change your oil.

The check engine warning light can come on for a variety of reasons, and many of these reasons can be the cause or the symptom of any oil pan gasket replacement issues. If you have an oil leak, this light will illuminate on your dashboard.

Other reasons for the check engine warning light coming on is the oxygen sensor failing, with the o2 sensor measuring the amount of unburnt oxygen in a  car’s exhaust system. This sensor is in charge of sending data to a vehicle’s computer, which is used to regulate the mixture of air and fuel that enters the cylinders. If a bad o2 sensor is in your car, it can damage the spark plugs and the catalytic converter, along with affecting the oil pan gasket replacement cost.

A second reason for the engine warning light appearing in your car is the loose fuel cap. As you know, the oil pan is a direct component in the fuel system, so a loose fuel cap is one of the most common reasons why the check engine light turns on. The cap is a crucial part of the delivery system, since it prevents fumes from leaving the fuel tank. The loose fuel cap can make the oil pan gasket replacement sooner.

The engine warning light can also show on your dashboard due to the catalytic converter failure, since it turns the monoxide into carbon dioxide, with the failure often being prevented by spending between $200 and $600 for a replacement. Performing regular maintenance, like oil changes, is going to keep your catalytic converter working properly and prevent an oil pan gasket replacement.

Lastly, another reason for the check engine warning light turning on in your car is spark plug and ignition coil issues. An ignition coil can generate the electricity the spark plugs required to ignite the fuel and air mixture in the cylinders, which can influence the oil pan gasket replacement cost.

How to replace an oil pan gasket

Replacing a leaking oil pan is one of the best ways to keep your engine running longer, prevent friction, prevent overheating, and keep the engine enough oil to ensure it is running correctly. You need to start detecting an oil leaking form an oil pan, by cleaning the engine with a degreaser, following the external oil trail to the highest point, and determining where the origin of the oil comes from.

The first step is to obtain the right size of the oil pan gasket replacement, with the gasket materials depending on what kinds of metals they are using for the seal size. Next, when the oil is draining from your car and from the oil pan, remove the splash shield and the bell housing cover.

If you are working on a front wheel drive vehicle, the oil pan is often combined and connected to the transaxle. Other accessories, like the exhaust manifold might also need to be detached in order to perform the oil pan gasket replacement.

Next, research and read the f service manual to help identify all of the location of the oil and pan bolts, and then remove the wheel well liner pieces that can make access easier to the passengers outboard side bolts.

Furthermore, once you have removed all of the bolts, the pan can be dropped. Scrape off any gasket residue and clean the sealing surfaces with a solvent. Also, clean the inside of the oil pan and inspect the oil pan for cracks. Then, carry on with the oil pan gasket replacement and use regular grease to hold it in position.

We have broken down the sample oil pan gasket replacement costs for certain types of cars that are popular on the market today to give you an idea of how much you will spend for your specific kind of vehicle. The lower end of the price range involves the Nissan Altima, with the total price ranging between $124 and $179 for the oil pan gasket replacement, with the labor being between $70 and $90, and the parts between $53 and $89.

PrevPreviousWhere can I park my RV for free? – Here’s What You Need To Know
NextNissan Xterra Problems – Avoid The 2005 Model Year!Next