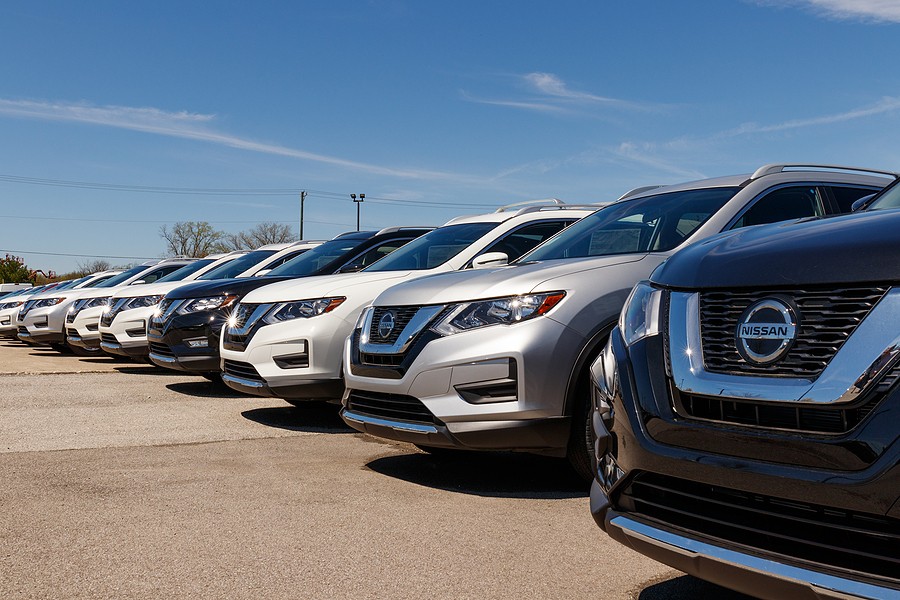 The Nissan Xterra is a front-engine, 2-wheel drive, or 4-wheel drive, five-door, five-passenger, compact SUV that is manufactured and produced by Nissan Motors, a Japanese multinational automobile manufacturer that is headquartered in Yokohama. Produced from the 1999-2015 model years across two different generations, the first generation shared a platform with the Nissan Frontier, while the second generation shared the platform with the more modern Frontier.

Although both Xterra generations varied significantly, both were focused on affordability and the off-road capabilities over luxury and comfort. Both generations used a c-pillar mounted rear door handles, a tailgate bump out, and a two-tiered roof enabling stadium seating.

Worst Complaints About The Nissan Xterra

Nissan Xterra owners have the most trouble with certain categories over various models and generations of production. The biggest problem categories involve the transmission at 6%, the engine at 11%, and the interior at 5%.

The third highest complaint of the Nissan Xterra involves the sudden loss of power on the freeway, occurring at around 28,000 miles in the 2011 Nissan Xterra. There are frequent complaints of the car not being able to start and the engine stalling during use, along with noise coming from the front of the engine.

The second highest problem includes the coolant leaking into the transmission, occurring at around 112,000 miles in the 2007 Nissan Xterra. This involves the coolant outlet on the lower intake manifold potentially leaking and the fuel injectors possibly failing, causing driveability concerns.

The highest complaint regarding the Nissan Xterra focuses on the radiator leaking and causing transmission failure, with the problem occurring at around 106,000 miles in the 2005 Nissan Xterra. In addition, the check engine light can turn on due to a faulty fuel sensor and the pink coolant in the radiator can cause the transmission problems.

The 2005 Nissan Xterra was potentially the worst model year, with the 2005-2007 Xterra having a widespread defect with the transmission, causing the transmission failure at an average of around 90,000 miles. The repair costs are generally around $3,500, with the same defect existing in the Pathfinder and the Frontier.

The top category of NHTSA complaints involve the drivetrain, with the 2005 Xterra having issues with the powertrain, the driveline, the differential unit, and the axle shaft. Regarding the powertrain, these issues have resulted in 2 fires, 1 injury, occurring at around 103,000 miles, with users stating that the transmission can fail and the transmission fluid can get dirty.

The second category of user complaints deal with the engine, with users stating that the timing chains and the tensioner is faulty, the check engine light turns on, the serpentine belt makes loud noises, and the engine runs rough while accelerating. The typical repair cost comes out to around $1,800, with the most common solution being to replace the chain and the tensioners at around 103,000 miles.

The NHTSA concerns focus on the gasoline, the fuel and propulsion system, the auxiliary tank, the fuel gauge system, and the fuel delivery. These problems have resulted in problems occurring at around 47,000 miles, withusers stating that the fuel gauge never goes below ¼ tank, the car would go empty after filling the tank, the vehicle would stall during use, and the car can stall during driving.

The 2009 Nissan Xterra user complaints dealt with hygiene smell in the car and the heater blowing cold air during idle, with the engine smell having an average mileage of around 82,000 miles. The 2010 Nissan Xterra problems dealt with the interior accessories, with users stating that all lights on the dashboard turn on at one time.

Regarding the 2011 Nissan Xterra, the interior accessories’ problems continued with the main issue being the iPod connector does not work and the radio can malfunction, while the 2012 engine issues deal with the engine stalling, the engine not being able to turn over, and the engine having a loss of acceleration.

The 2015 Nissan Xterra is a capable off-roader with plenty of room for gear on overnight or extended trips, but it still falls in the bottom half of the rankings in various categories. Unlike other top competitors in the various classes, it has clumsy and awkward handling, a firm and not smooth ride, uncomfortable and unsupportive seats, and an interior that is not luxurious and cheaply made.

When putting the Nissan Xterra to the direct competition, the iconic Jeep Wrangler is a stiff competitor. It is arguably one of the best off-roading vehicles on the market and has substantial performance for off-roading. It comes with standard four-wheel drive and has the option for higher trims to get more terrain qualities. The Nissan Xterra actually is better suited for everyday life, combining on road driving and off-road driving, and is more comfortable than the cramped seats of the Wrangler, the minimal cargo space, and the less standard features. Although the Nissan Xterra problems involve a lack of handling and firm ride, it fares better than the Wrangler in terms of all-day comfort.

If you want an off-roader that contains plenty of space for extra passengers and storage space, it is hard to beat the Toyota 4Runner. Unlike the similar Nissan Xterra, the 4Runner has a rear view camera, more cargo space, and a third row for kid’s seating. However, the Nissan Xterra has better acceleration and a better infotainment system that is easy to use, despite the Nissan Xterra problems with the lack of smooth handling.

The Nissan Xterra had a total of 27 recalls for the vehicle, with one of the first recalls dealing with the trailer hitches. Certain receiver trailer hitches can break while in use due to insufficient wield strength and could possibly break and result in a  vehicle crash.

Another recall one year later dealt with the exterior lighting, with some combination lamps that are not equipped with amber side reflectors failing to conform to the vehicle safety standard, with the vehicle being poorly illuminated and possibly resulting in a vehicle crash.

In 2010, there were many more recalls, with some focusing on the airbags in the sensor control module and the control arm and the lower arm bushings. The air sensor control module potentially affected vehicles, with the fasteners securing the passenger front airbag module and the steering maybe not being tightened to the proper torque specifications.