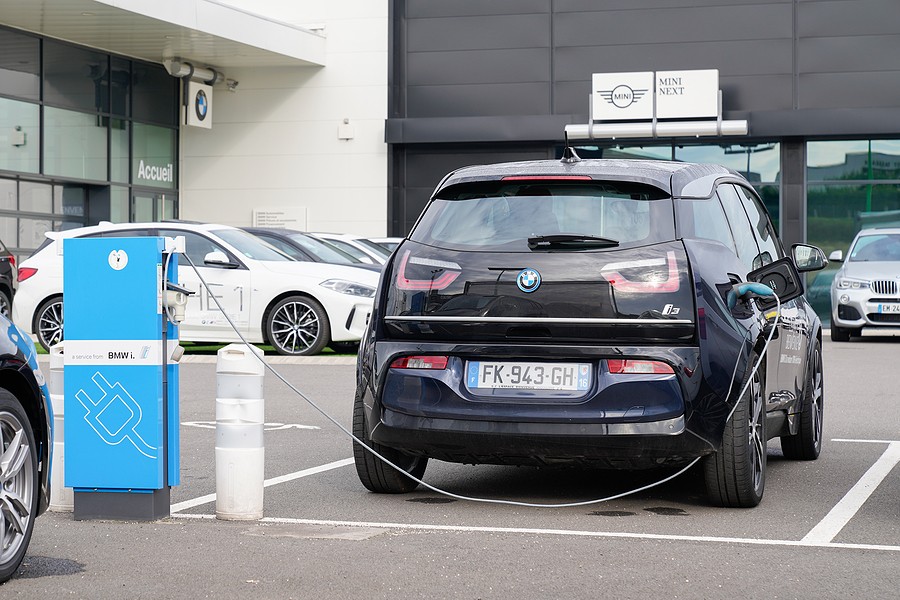 The cost of replacing the battery in your BMW is something that not a lot of calories think of until it's too late. Batteries aren't something we tend to put a lot of thought into because when they're working properly, they're not giving us any reason to consider them. But, as it happens, the cost of a battery for a BMW can be quite a bit more than the cost of a battery for any old car. If you head to AutoZone, you'll see that most batteries specifically designed for BMWs cost about $200. An H6 YellowTop battery will cost you almost $300. Labor costs add an additional $100 to $200. That means your total cost could be upwards of $400 to replace the battery in a BMW.

It's also possible that you could end up paying in excess of $400. Somewhere between $400 and $600, depending on where you go to get it repaired. A number of BMW owners on sites like bimmerfest.com have reported that they ended up paying that much to get their batteries replaced at a dealer.

You can find new batteries at places like Walmart for as little as $55 depending on the make and model of your car, so clearly there is quite the range out there and when it comes to getting both the battery and the labor costs. The thing to remember about getting the battery swapped out in your BMW is that the cost of labor can vary greatly from one side of the country to the next. A mechanic in California will probably charge you at a different rate than a mechanic and Wyoming.

The other thing to consider is whether or not you're getting it done at a dealer or not. The dealer cost for having a battery switched in a BMW is probably going to be more than it cost when you get it done by a mechanic. There are always a number of factors like this to take into consideration when you're getting some work done. The best thing to do is to call around to get some estimates before you commit to anything. Since the battery change could cost you upwards of $600, there's no harm in figuring out who's going to give you the best deal overall.

Back in the day replacing the battery in your car was as simple as taking an old one out, putting a new one in and getting it connected. That's not how things work with the modern BMW, however. The battery needs to be registered and coded for the car that you've installed it in. When you register your battery, you're updating the vehicle that a new battery has been installed. This has to be done for any BMW that's been made since the year 2002.

The software in a BMW adjusts the battery that's in it. As a battery gets older, it loses its charging capacity and the software in a BMW allows the vehicle to adjust to the amount of energy that's needed to keep that battery running at optimal levels. When you register a new battery it lets the ECM, the engine control module, know that there is a new battery in the vehicle. That way it can adjust how it goes about keeping your battery charged and will gauge the new power output and charge levels required for this battery as a result. This is important because if your car thinks the old battery is still installed, it could end up overcharging the battery and causing some damage.

Not only is the age of the battery relevant to how your engine control module responds to it, but the kind of battery is also relevant because that affects how it's charged as well.

AGM Battery:  An AGM battery is an absorbed glass mat battery. It's a lead acid dry cell battery that is made up of glass fibres that create a mesh inside. This makes them safer than liquid batteries. If the case gets damaged, the acid will not leak out. They don't really require a lot of maintenance, but they are very similar to gel batteries.

Gel Lead Acid Battery:  This is the kind of dry cell battery that is made with an electrolyte inside of it in gel form. It's fully sealed and has a flat top that you can't access. If you're not sure what kind of battery you have, you can look up the serial number online, or if you happen to have it out, just give it a shake. A gel lead acid battery will not slosh around.

Liquid Lead Acid Battery: This is the old standby for batteries. It's filled with wet cells, sometimes called flooded cells. There should be a cap on top of this kind of battery that you can use to fill it with distilled water. If you give this battery a shake, you'll hear the liquid inside sloshing around.

When you register your battery with your car, the type of battery that you have gets input as well so that your ECM understands how to maintain it and keep it alive by working at optimum power as long as possible.

How to Replace Your Battery

Swapping out the battery in a BMW is not a very difficult task. The registration progress does take more effort, however. The physical act of simply taking one battery out and putting a new one in is a fairly easy job that you could get done yourself if you're looking to save a few dollars on the labor cost.

This is the point where you can get your new battery registered. This is the part that's tricky for a lot of people to do themselves because you do need to have a special OBD2 scanner to get it done. That's why most owners will take it to a mechanic to get it done, but keep in mind that the battery registration is probably going to cost you between $150 and $200.  Add that to the cost of the battery itself which was $200 and the labour cost which could be another $200 and you're up to $600 sunk into this battery already.

An OBD2 scanner can be picked up fairly cheaply from sites like Amazon or AutoZone but not every OBD2 scanner can actually register a BMW battery. You need to get one specifically designed for that task, and many of those are pricey investments. Some of the best ones for the job are going to cost you more than $200. At this point you are stuck between a rock and a hard place when it comes to registering your BMW battery. If you have several BMWs that need battery replacements, then maybe buying the specific OBD2 scanner that could register them yourself is worth the effort. But if you don't, it's probably cheaper to head to a mechanic that I could do it for you.

Dealers tend to charge around $200, but it's possible that if you find a mechanic who specializes in BMW and has the scanner handy you can get a better deal on it. Remember that getting your battery registered may sound like a bit of a scam, but it does actually improve the life of your vehicle and your efficiency overall.

Because of the way the computer in your BMW works, if it knows you have any more battery you can divert resources to help the rest of your car run more smoothly because it won't need to put as much power into the alternator to get it to charge a battery that doesn't need it. Over the life of your car there, that makes it run more smoothly and saves you gas. it's a complicated system, and when it goes wrong, it clearly costs you a bit of money to get it fixed.

Replacing a car battery in a BMW is much costlier than replacing the battery in most other kinds of cars. This isn't highly unexpected though, as BMW is obviously a premium brand of automobile, and you pay more for everything when you get a BMW. Unfortunately, that just scales across to the maintenance cost that you're going to be paying for as well over the life of your BMW.

BMW is not the only manufacturer that makes you register your batteries these days. Likely they're the most prominent at this point, and if you're not used to the procedure, it could definitely seem like an extraneous expense that you don't want to take part in. It really does help improve the performance of your vehicle to register your battery, though. It's a minor nuisance that hopefully you only have to deal with on very rare occasions.

The benefit of getting your BMW battery registered is that when you do have the new battery installed and registered and it's up and running properly, the whole process will actually increase the life of your new battery and improve the performance of your BMW. The BMW battery is supposed to last somewhere between 2 years and 5 years, so this process is meant to extend it to the upper Links of that life span and will hopefully keep it running for at least five years for you so you don't have to worry about the process again for at least that long.

If you find your battery dying more quickly than that, then there's likely a bigger issue going on in your BMW that you need to get looked at.