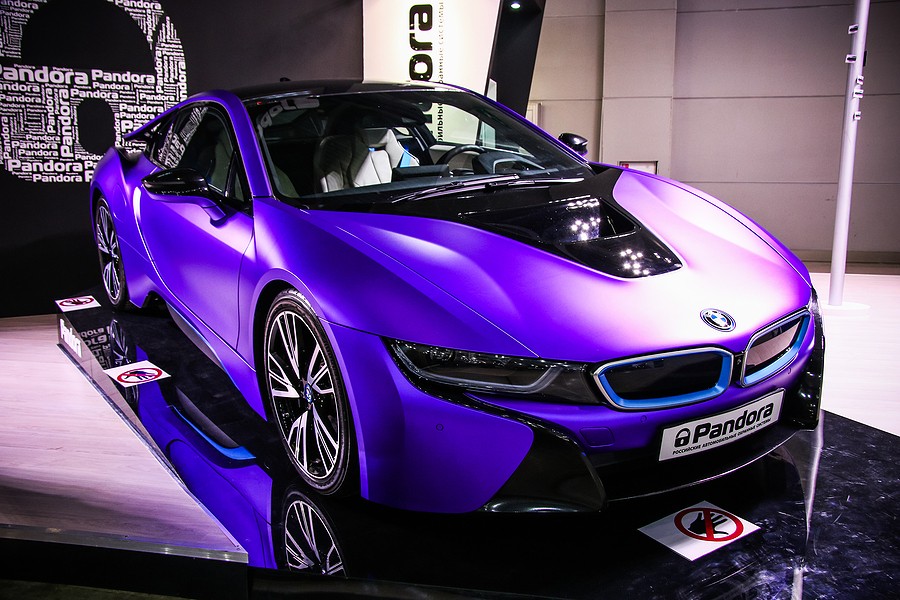 BMW equates to sophistication, class and everything awesome in a car. However, this premium brand is also criticized for being unreliable. You cannot deny that it is one of the most sought after high-end brands for it is known to blend power and performance with its sporty appeal. But when buying a car you just don’t look for power, performance and style. Even the super rich will think about the reliability of the car. You do not want to end up spending a large amount of money on a car you cannot depend on or a car that is just going to cause a major headache sooner or later.

The E60 M5 is one of the models that have failed to live up to this German automaker’s reputation with its engine failures that have been described by owners as disastrous. Even the E46 M3, which is well-loved by many car enthusiasts, is known for expensive running costs. But despite all these unreliability issues BMWs are having to deal with, we can still find reliable ones. There are BMW models that have excellent reliability ratings and they also come at a great price. Here is a list of the most reliable BMWs:

But other than reliability, the less-powerful BMW E390-Series has more to offer. They are roomier and more comfortable than the previous E46 but still have good handling. Road & Track also reported that the BMW E390 has higher quality interior materials and is more satisfying to drive  than the succeeding F30 3-Series. Moreover, the F30 and its smaller 2.0-liter turbocharged four-cylinder, was only slightly more fuel-efficient than E390. On top of that, the E90 3-Series is rather modern in many ways. Traction and stability control came standard plus satellite navigation was available.

But of course, BMW E90 325i and 328i also have their own set of flaws. One of them is the VANOS which was BMW’s V-TEC equivalent. It modulated the engine’s valves for better fuel economy and boosting power. However, the solenoids which do the modulation can fail after about 70,000 miles. But it is worth noting that VANOS issues are not isolated to N52 engines alone. All Pre-2009 MY E90s were also known to have their hydraulic lifters controlling the valves to get oil-starved, causing them to clatter. But in 2009, BMW installed a redesigned engine head that resolved the issue.

Also, like many other BMW engines, N52 is also prone to water pump and thermostat failures. Lastly, as with every vehicle, the BMW E90 3-Series can develop issues due to age such as having leaks from the valve cover gasket and oil filter housing gasket.

1. The BMW 5 Series – This series is one of the best luxury sedans BMW has ever made. The BMW 5 Series is no doubt an excellent car. It lacks a bit in its athletic performance but they offer a good driving experience. The 2018 model ranked 1st in U.S. News 2018 luxury midsize cars class. It also got an excellent reliability rating from J.D. Power. The BMW 5 series outperforms most of its class rivals. Only a few can keep up with its nimble handling, potent engine, good fuel economy and on top of that it offers a smooth ride. It is also ideal for those who are looking for a posh and spacious interior. The 5 series is also equipped with standard safety features plus lane departure warning system, and night vision function. With all the superb features BMW has, it definitely is a winner. The only downside is that it is more expensive than other class rivals. If you want to go for a more affordable price, then go for the 2010-2013 year models. You’ll probably find one at a bargain price.

2. The 2006-2013 BMW X3 – This is perfect for those who are looking for a reliable SUV BMW. It rides very high, comfortable and feels a lot faster than it actually is. Plus you’ll get a smooth ride even over bumps and potholes as the suspension absorbs most of what the road has thrown at you. It also has a good fuel economy with more than 23 mpg on average. This is a good gas mileage for a BMW SUV. You can get an X3 at $6000 for a 2006 model.

The second generation X3 (2011-2017) wowed people with its seamless eight-speed automatic, composed ride, sporty handling and nicely finished interior. It has supportive seats, tasteful but understated interior ambiance and has enough room making it a very appealing compact luxury SUV. The 2011 and 2012 28i models came with 3.0-liter six cylinder engines. Beginning in 2013, the engine was replaced by a 2.0-liter four. It had the same 240 hp and got a slightly better gas mileage (23 mpg vs. 22). The 2013 model year came standard with 18-inch wheels and a powered lift gate. It is recommended for you to get an X3 with the optional and essential rear view camera. Also, do not go for the optional 19-inch wheels.

This SUV also has an N52 engine which has been around long enough to prove its reliability, and has already been tested by time. There are no more mysteries or surprises which is always an advantage when it comes to fixing engines.

If ever you decide to buy a used BMW 1 Series, you should check if there are scuff marks, dents and scratches on the exterior of the car that can be costly to repair. Also, the alloy wheels should not be heavily kerbed. Push all the buttons in the interior to make sure all the electrics work are functioning properly. Check the fabric of the seat for any wear to the driver’s seat bolster as 1 Series is known for getting high mileage and be wary for seats that are well worn despite its low mileage.

1. The BMW 6 Series (2012-present) – If you want a car that exudes luxury and comes with power and fuel efficiency then the 2018 6 Series is the one for you. You would also get to enjoy a smooth ride and its intuitive infotainment system (it comes with Apple CarPlay, but no Android Auto). However, it is not ideal for passengers who want more space at rear seats. If you are okay with an older model, then go with the 2015 version as it also has a good reliability rating plus it could save you around $16,000.

2. The BMW 3 Series Touring. These are the wagon versions of the third-generation E36 and fourth-generation E46. Despite the launch of newer models, it is still highly recommended to stick with older models as far as reliability is concerned. The BMW Series Touring models are some of the most reliable BMW models that combine luxury features with powerful performance.

The E36 version has a 4-cylinder diesel engine and comes with either a 6-speed manual or a 5-speed automatic transmission. The E46 is packed with several electronic features including electronic brake-force distribution, satellite navigation, LED tail-lights, and rain-sensing windshield wipers.

The BMW 3 Series Touring gives you the best of both worlds–class and economy.

For those looking for extra luxury, the 1994-2001 BMW E38 7-Series is an excellent option. It also used a very reliable BMW engine, the M60 V8. It also offered a V12 option. However, its complicated electronics make it difficult to maintain.

Go for the BMW 1997-2006 E46 3-Series if you are looking for a sportier ride. Although the M3 is known for high maintenance costs, you would not want to write it off because the non-M versions handle extremely well. The E46 is considered by many to be one of the best-handling cars BMW ever made. You also would not have a hard time finding one because so many were made.

The E46’s M54 engine has the same VANOS and water pump issues as the N52, but overall, it’s still reliable. It is worth considering, though, that pre-2003 models can have rear subframe cracks.

BMWs are undeniably wonderful machines that deliver excellent performance, and they depreciate quickly to the advantage of those who are looking for used vehicles. You can get a quite new model for not a lot of money. Most BMWs are also equipped with magical suspension tuning abilities that make excellent car handling. And what makes BMW's great is that they do not sacrifice comfort and ride quality for its exceptional handling. You still get the best of both worlds.

However, BMWs are also known for its catastrophic failures such as engines overheating due to its thermostat housing cracking because it is made of plastic. Such is the case on E36 car models. But keep in mind that while most BMWs are known to suffer some kind of terrifying failure, its N52 engine which was used from 2005-2015 is recognized by many as the most reliable BMW engine ever made. So if you are going to get a BMW and don’t have a lot of money to burn then it is highly recommended to go with a model with an N52 engine.

The question worth answering is whether BMW’s are unreliable…or people are just not taking care of them properly?

Many will argue that BMW is a luxury car and thus needed extra proper maintenance. Hence, you need to treat it like you take care of a baby. You need to get oil changes done regularly and make sure to use the right oil. If you fail to do so then things can go wrong. If you make sure it is maintained properly, theoretically speaking, a BMW can last long. And when it comes to its engine, that is correct. But it is the small things that can often lead to its failure like the plastic housing of a thermostat. And this is the primary reason many are frustrated with BMW and that’s one of the reasons they got their reputation as an unreliable luxury car brand. But the good news is if you are on top of its maintenance then other unreliability issues come cheap.

When it comes to ensuring the reliability of a car, a simple rule applies to all, regardless of make and model, and that rule is to avoid the ones with complex mechanisms. Turbo engines, advanced SMG transmissions, and turbo features sound great, but they come with disadvantages.

These advanced and more complex mechanisms and technologies are also quicker to fail than their basic counterparts. Aside from the fact that they break easily, their repair and maintenance costs are also very expensive. So if you are looking for the most reliable BMW then stick to this rule: Choose from the basic models. Save yourself the major headache of high maintenance cost and repairs. Plus you will get yourself a good resale price.