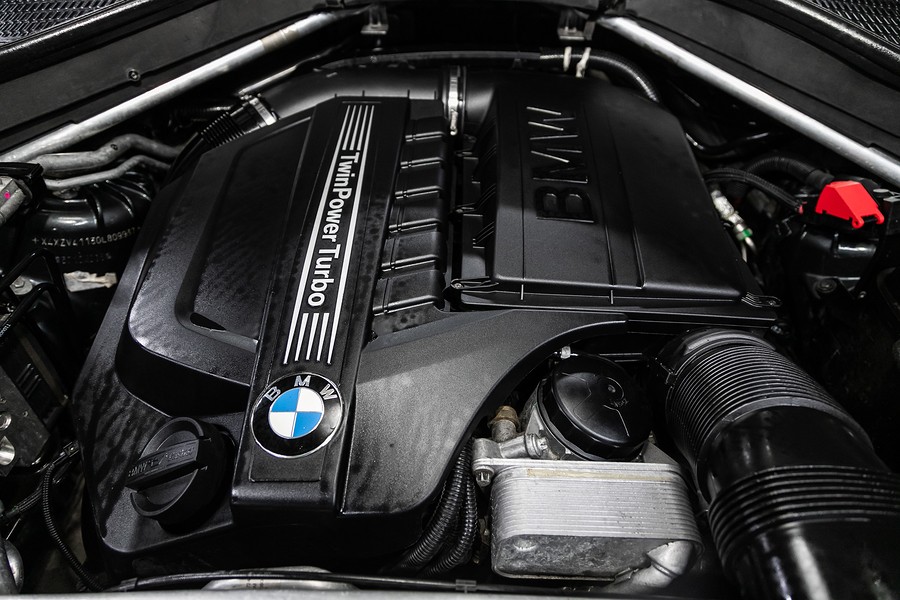 First making its debut in 1999, the BMW X5 is a mid-sized luxury SUV that featured all-wheel drive and was available with either a manual or an automatic transmission. The car manufacturer branded the BMW X5 as a “Sports Activity Vehicle” (SAV) rather than an SUV, in an attempt to highlight its on-road ability despite its small stature.

Anyone who has ever owned one of these luxury cars knows about their perks, as well as their drawbacks. While the BMW X5 vehicle is a splendid automobile, it does come with its own set of unique issues.

Here are all of the BMW X5 problems that you should know about and how to fix them.

If you have ever owned a BMW X5, you probably are no stranger to the sound of the wind gusting by when you are traveling at high speeds. If you’re new to this car, be sure to listen for this excessive wind noise when taking the vehicle out for a test drive. This issue is caused by faulty door aperture seals, which will fail over time and eventually disintegrate.

To fix this problem, you will need to replace the whole seal around the door. This is an inexpensive car component to buy, and will require a simple fitting at your auto body repair shop.

There is a well known issue with the BMW X5’s coolant system, which can develop a leak over time. This important part of your car keeps your engine from overheating and compromising its overall functionality. The way your BMW’s coolant system works is by allowing the engine to maintain its working temperature within safe limits by circulating under pressure a mixture of coolant and water. If there are leaks, the engine will overheat, leading to damage and expensive repairs.

There are many different things that can cause your BM5 X5 to leak, including:

If you notice puddles of coolant accumulating underneath your car, or if the “fill coolant” light on your dashboard remains illuminated even after you have efficiently topped off the system, you should take your BMW X5 into a mechanic right away.

A coolant leak repair cost can cost you up to $400 if you have a blown head gasket, while replacing a hose is a quick fix and will run you between $35 and $65 for the entire process. Replacing your radiator will cost you around $300 or more.

One of the main culprits behind your coolant issue in your BMW X5 may be the inlet manifolds. They are a known vulnerability in this particular type of BMW model and can cause numerous issues with your engine.

Your BMW’s inlet manifold is the component of its engine that supplies a mixture of fuel and air to the cylinders. The main purpose of this part is to evenly distribute the combustion mixture to each intake port in the cylinder heads.

Some symptoms and signs of bad inlet manifolds include:

If you suspect that your BMW X5 vehicle has a bad intake manifold, it’s time to take it into your BMW dealership or local service center right away to prevent any further damage from happening.

Another issue that can be seen in the BMW X5 car that is widely reported is a problem with the air mass sensors. This is more frequent in older diesel models. This part of your car is a sensor that is used to determine the mass flow rate of air entering into a fuel-injected internal combustion engine. It’s critical for the engine control unit to balance and deliver the proper fuel mass to the engine.

Some signs of faulty air mass flow sensors include:

If you think that your car has bad air mass sensors, take it to a qualified mechanic in order to get a complete computer diagnostic test. If you do need these parts replaced, it will cost you between $300 and $450.

If you think your car is suffering from this type of issue, check under it for excessive puddles of oil. This could indicate that your BMW X5’s gearbox plug sleeve seal is defected. This part is prone to failure, causing your car to leak oil. Although this is a fairly cheap component of your car to buy, it’s extremely difficult to install. So seek the assistance of a qualified BMW mechanic.

Are you considering buying a BMW X5 that was made in either 2000 or 2001? Be careful. This is because a large number of these cars made during those years were recalled due to a serious issue found in the steering column. The steering wheel would stop adjusting and would stay in its last position without being able to move, giving different drivers steering troubles.

If your potential purchase was made during this period, be sure to check its service history report to see if the busted part was removed.

The Electric Windows Will Not Shut

This issue will hinder your comfort more than your safety. The electric windows in BMW models, including in BMW X5 cars, frequently break down, causing them to stay open.

We recommend having this issue fixed right away, as BMW cars are among the top stolen vehicles in the world.

Wear and Tear on the X5’s Door Handles

Many BMW X5 luxury SUV owners have reported issues with the vehicle’s door handles. It includes the door handles on both the driver and passenger doors lifting up as normal, but the door will not budge open. This can be more than a minor nuisance if you’re trying to get somewhere in a hurry.

Sadly, this isn’t a quick fix. The entire door opening and locking system will need to be replaced. It requires the use of specialty tools that you can only find in auto shops, so don’t try and do this repair by yourself.

Issues with the Electronics

The problem with windows not closing isn’t the only electronic issue found on BMW X5 vehicles. Numerous BMW owners have reported that the car’s fuse box will sometimes stop working.

More serious issues with BMW cars’ electrical system have been reported, leading them to recall over 300,000 vehicles in the UK during 2018. The cars simply cut out, leading to the death of one BMW driver in Hampshire, England.

The BMW vehicle’s branded alloy wheels are one of the most stunning aspects of this car, and they certainly will make any BMW X5 stand out from the crowd of other SUVs. Sadly, some BMW cars have suffered from corroding wheels over a very short amount of time. This corroding does much more than make your wheels look ugly. It can also affect your tires and lead to safety issues. If you have experienced this issue, opt for a non-branded yet more reliable set of wheels to prevent any future issues.

Along with their electronic issues, BMW X5 luxury SUV drivers may notice that their rides suffer more than their fair share of dead batteries. While the battery is not a permanent part of your BMW and may need a change after a while, batteries should be able to last you between two and five years.

Some signs of a dead or dying battery can include:

If you think you’re having battery troubles, take your BMW X5 into a service station so that they can replace it if necessary.

Automatic headlights are a new innovation to hit the auto industry, and take the human component out of deciding when it is dark enough to flip your headlights on. The issue with some BMW X5 SUVs is that the automatic headlights will stay on, even when they aren’t needed. This can take a hefty toll on your car’s battery and electrical system.

Brakes are one of the most critical elements in your BMW X5, and should never be taken for granted. If you purchased a BMW X5 with a four-wheel drive system, be sure to have the brakes inspected regularly because this system can be punishing to the brake pads, discs, and calipers.

The Bottom Line on the BMW X5

The BMW X5 is a great luxury SUV that has your comfort and convenience top of mind. But even though it’s an innovative ride, it isn’t without its faults and quirks.

If you notice any of the aforementioned BMW X5 problems, be sure to take your set of wheels into a service center to get diagnosed and repaired right away.