7 Reasons Why More People Are Buying Junk Cars In Chicago 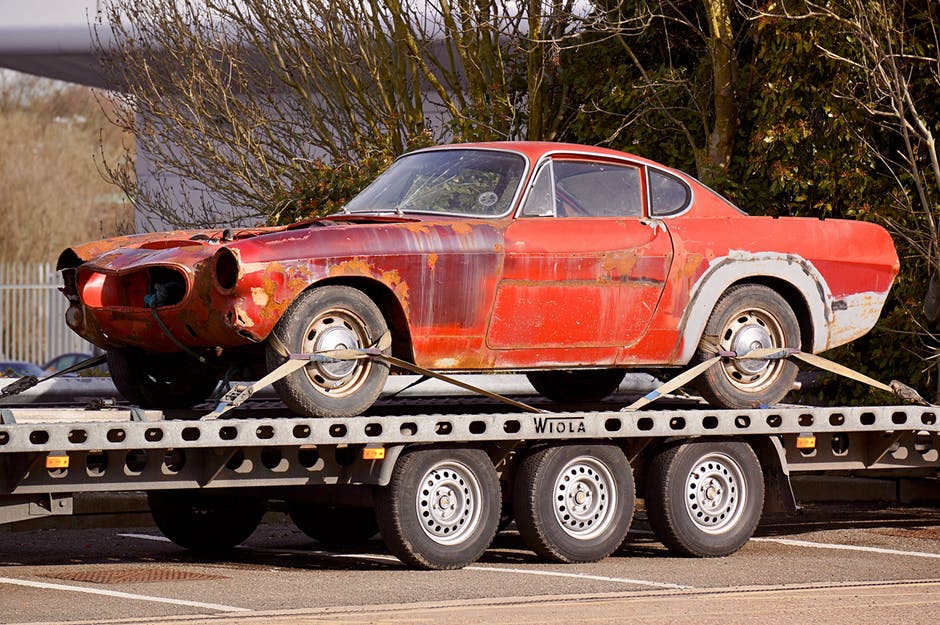 When you look at the junk car that's sitting out in your driveway, you probably have a hard time believing that someone would pay you good money for it.

Your junk car doesn't run. It doesn't look nice, either. And even if you could get it up and moving, it wouldn't be safe to take it out on the road.

Yet, there are still plenty of people out there that specialize in buying junk cars who would be more than happy to take your car off your hands. You should consider tossing them your keys and turning your junk car into their problem.

You should also take some time to learn about why so many junk car buyers purchase beat-up old cars. It'll give you a new appreciation for the auto salvage industry and help explain how the industry generates more than $22 billion every year.

Here are seven reasons why more people are buying junk cars in Chicago now than ever before. 1. Some Junk Cars Can Be Rebuilt

When you sell an old car like, say, a 1998 Ford Explorer to a company that buys junk cars, there's a good chance that they're not going to attempt to rebuild it. It wouldn't be worth dumping a bunch of time and money into a vehicle like that.

But there are certain classic cars that junk car buyers might consider rebuilding rather than scrapping once they get their hands on them. Older Ford Mustangs, for example, would be better off getting rebuild as opposed to scrapped by a junk car buyer.

To rebuild a car, a person needs to strip it down to its frame and a few reusable parts before building it back up with custom parts. It can be a long and tedious process for those interested in rebuilding a car.

But there is a pretty big market out there for those who cater to the crowd that enjoys rebuilding cars. It's one of the many reasons why some companies are buying junk cars.

It allows them to provide people who rebuild cars with the old cars that they're looking for. You could be sitting on a goldmine if you own a car that would intrigue these car rebuilders.

More often than not, companies that spend all their time buying junk cars aren't buying cars that can be rebuilt. They're buying the 1998 Ford Explorers of the world that aren't going to end up getting rebuilt.

But that doesn't mean that these vehicles don't have some value. In fact, if you look below the surface, many of these junk cars are filled with parts that could potentially be reused.

There are lots of parts in the average junk car that can get a new lease of life once a junk car buyer purchases them. These are some of the parts that can be reused even if a car has been sitting in someone's driveway for months or even years now:

With this in mind, it should come as no surprise to see so many companies buying junk cars. These companies are able to see all the value that can come along with popping the hood on a junk car and checking out the parts inside of it. 3. Many of Their Parts Can Be Recycled as Well

While there are lots of reusable parts inside of a junk car, there are also, of course, quite a few parts that shouldn't ever be used again. In many cases, it would be unsafe and irresponsible to put these parts into a newer car and try to use them.

But that doesn't mean that these parts are worthless in the eyes of junk car buyers. All of the parts that we just mentioned can be recycled if there isn't any way to reuse them. They can often be melted down to make new auto parts later.

Every year, more than 25 million tons of parts and materials found in junk cars are recycled. This makes old cars the most recycled consumer products in the entire world year in and year out and gives the salvage industry a steady stream of revenue.

There are lots of junk car buyers in Chicago who would be more than willing to buy your old car so that they can recycle it and use it to make money for themselves.

4. The Frames From Junk Cars Can Be Recycled, Too

It's not just the auto parts located inside of a vehicle that are worth something. The frames of junk cars can also be very valuable in some instances.

Depending on how old your junk car is, the frame for it likely consists of some combination of steel, aluminum, titanium, carbon fiber, and more.

When a junk car buyer gets an old car back to their lot, they'll start by picking through the parts in it to see what can be reused or recycled. But even if they strike out in that department, they can, at the very least, recycle the frame of your car and get money for it.

Scrap metal isn't as valuable as it used to be. The price of it has plunged in recent years for a variety of reasons.

But it's still worth something to junk car buyers, which is why so many of them are ready, willing, and able to make solid offers for old cars. They know that they'll be able to recoup whatever they paid for a car by scrapping it later. When a junk car buyer offers to pay you $200, $400, or even more for your junk car, you might be shocked. “Who in the world would pay that much for my old hunk of junk?” you might ask yourself.

These junk car buyers are willing to take a risk on your old car in the hopes that it'll pay off for them in a big way in the end.

6. Junk Cars Don't Take Up a Huge Amount of Space

The junk car that you have sitting in your driveway might feel like it's taking up a lot of space. Once you move it, you'll find all kinds of new ways to use your reclaimed driveway space.

But a junk car won't take up a ton of space for a junk car buyer. It might take up a little space at the start, but once they start taking parts out of it and then scrap its frame, it'll start to disappear little by little.

Thanks to this, junk car buyers don't have to worry about investing a lot of their own space into old cars. Once they establish a process for stripping and scrapping cars, they can clear them out quickly and turn them into cash on their end. The majority of Americans are at least a little bit concerned about the environment and doing what's right for Mother Nature. A study done earlier this year found that more than 70% of people say that global warming is a topic that's important to them.

Many junk car buyers enjoy doing their part to slow down climate change by scrapping old cars. By buying junk cars, these buyers are able to:

Junk car buyers love making money by buying junk cars and scrapping them. But a lot of them also love helping the environment out while they're in the process of doing it.

As you've seen here, there are lots of companies in Chicago that would love to make you an offer for your old car. There are so many things that they can do with your car once you sign it over to them.

Would you like to sell your junk car? We can make you a fair offer for it and help you turn your old car that's taking up space right now into cash.

Find out how much your car is worth and get an instant online quote for it so that you don't have to look at it sitting in your driveway anymore.

PrevPreviousHow to Part Out a Car: Your Guide to Selling Car Parts in Boston
NextIs It Better to Junk a Car or Donate It?  The Answer May Surprise YouNext