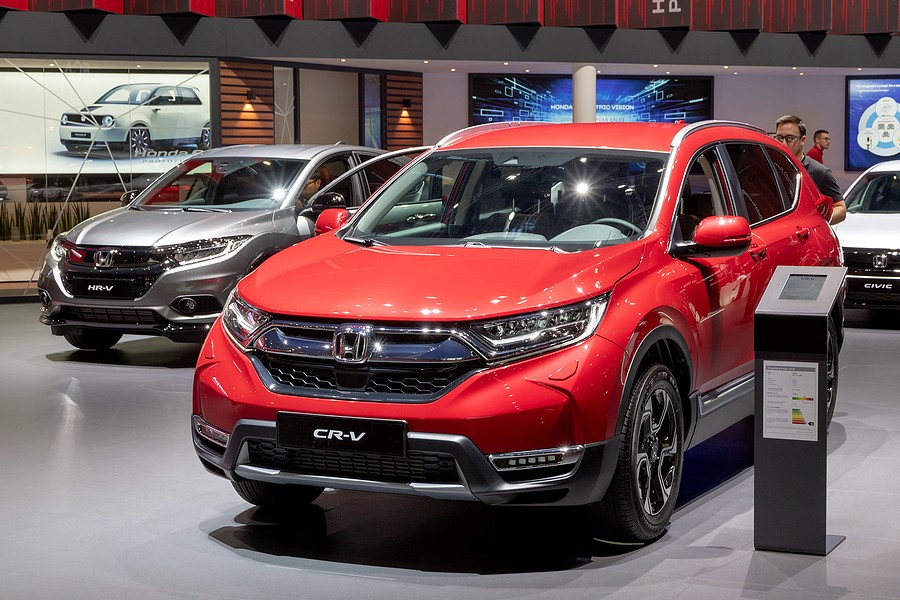 While the 2016 Honda CRV comes with a great feature attracting thousands of customers, the vehicle received many reported complaints regarding engine problems.

Engine problems seemed to be carried since 2012, and most reported complaints indicated issues with the powertrain vibration, hesitation during acceleration, rough engine idling, etc.

The 2016 Honda CRV has been out on the road for a couple of years now, which means that there is sufficient data to take a closer analysis and determine the most reported and expected engine problems associated with this vehicle.

This article will highlight the most reported complaints about the 2016 Honda CRV engine problems. We will also indicate potential repair costs and expected mileage when the problem occurs.

Before we dive into the details about the 2016 Honda CRV engine, it is important to familiarize ourselves with the vehicle engine's history.

The 2016 Honda CRV is equipped with a 2.4-liter I4 engine. This engine can achieve about 185 horsepower, and it's capable of providing 181 lb-ft of torque.

In general, the base engine provides you with great fuel economy and sufficient power that satisfies most drivers. If you thought you decided to go with the optional engine that comes as a turbocharged, you would get a much higher power and fuel economy.

According to automotive experts, Honda 2.4 direct-inject engine is called the “earth dreams.” Honda added a couple of extra miles per gallon since they are a 2015 model here.

Although the 2015 Honda CRV was the worst model year in terms of total reported complaints about mechanical problems, the 2016 Honda CRV was also suffering from severe engine problems.

Some of these problems included vibration at idle, hesitation at acceleration, unintended acceleration when braking, excessive fuel consumption, stalling at stops, severe vibration while driving, and much more.

Our team reviewed all submitted 2016 Honda CRV engine problems to larger platforms like car complaints that, Edmunds that, and others.

The first and most reported complaints about the 2016 Honda CRV 2.4 engine were excessive shaking and vibration.

Most automotive experts indicated that this shaking and vibration's primary reason is due to the improved fuel economy, where Honda added a couple of extra MPG to their engines.

And when taking a closer look at the 2016 Honda CRV engine design, we realized that it is equipped with a lower revolution per minute, which produces more power without hurting the engine and without consuming too much fuel.

As a result, when the vehicle continuously runs on lower revolution per minute, the vehicle might experience some strong shakings.

Interestingly, Honda indicated that a couple of their customers reported some shaking issues; however, the percent of reported complaints was not very large.

Honda also confirmed that the vibration is not that severe to cause any driver's dangers or affect any other components.

According to a Honda expert: “We're working to, with solutions that will address several different customer perceptions of the vibration at idle. While it is annoying to some, it is not noticed by most, and it does not represent a detriment to the safety or reliability of the vehicle.”

The second most reported problem about the 2016 Honda CRV engine has to do with hesitation at acceleration. Several professional mechanics indicated that the problem might be related to an issue with the mass airflow sensor, the fuel pump, the throttle position sensor, or The Dirty fuel injectors.

It's known that when your Honda CRV hesitates as you're driving up a Hill, the problem is most likely related to the fuel pump.

On the other hand, if your vehicle continuously hesitates on acceleration, you might be dealing with dirty or damaged fuel injectors in your 2016 Honda CRV.

Unintended acceleration was also reported by a couple of customers of the 2016 Honda CRV vehicle. This issue was reported about vehicles around less than 15,000 miles.

A couple of professional mechanics showed that the problem might be related to an issue with the floor mats where the break might get sticked to the mat. The problem was described as dangerous to many customers, which might cause a risk of accidents.

Excessive fuel consumption was also reported by a couple of customers with relatively newer 2016 Honda CRV.

One customer indicated that his 2016 Honda CRV engine was injecting fuel in the oil, and he had to change the oil twice to get the problem resolved.

Another customer of a 35,000-mile 2016 Honda CRV mentioned that his vehicle overuses fuel without any previous warning sign. Per the customer's complaint on carcomplaints.com, the customer planned to put his vehicle on a waiting list for another Honda recall.

Before making your final decision about installing a new engine in your Honda CRV, that recommended that you evaluate the situation and see if it's worth it or not.

Unless installing the new engine will add some value to your 2016 Honda CRV, it might not be a great idea, and instead, you might need to sell this car and use its value towards a better vehicle.

Yes, the 2015 and 2016 Honda CRV model years were equipped with a 2.4-liter engine that was relatively reliable compared to previous model years.

After many reported complaints about the 2016 Honda CRV engine, Honda decided to call many of their vehicles, including those created in 2015.

Their call was mostly focused on vehicles that got engine replacement. Honda indicated that these replacements did not include the right Pistons, affecting the overall engine's performance as you're driving your 2016 Honda CRV.

Honda added that drivers might deal with engine stalling with this reduced vehicle performance, which could get them involved in severe car accidents.

For hundreds of requests, any vehicle that got the engine replacement must visit the nearest Honda dealership and receive all maintenance-free of charge.

A good way to have a general understanding of how severe the problem can be is to listen to real stories from actual customers who lived with the problem.

Let's take A closer look at what do these customers have to say about their experience with the 2016 Honda CRV engine problems:

The first customer had a significant issue with the 2016 Honda CRV engine shaking and vibration problem. He mentioned that he purchased it back in 2019, and he noticed the vibration during the test drive but didn't pay as much attention.

After owning this vehicle for a couple of months, he discovered that the car has a major vibration issue. It was reported on plenty of larger platforms online.

The customer indicated that the vibration problem is not continuous, and it only occurs as you slow to stop before idling. The problem is most likely to occur around 600 revolutions per minute.

Based on the customer description, you will notice a vibration in your 2016 Honda CRV engine after driving it for a long time compared to when you drive it.

Unfortunately, the customer ended up without fixing his twenty 1600 CRV, and the problem is continuing knowing that he is now at 45,000 miles.

The second customer also had significant engine vibration issues for her 2016 Honda CRV at about 15,000 miles.

She wanted that the problem occurred gradually after purchase immediately.

For her description, engine vibration occurs about 5 seconds after you stop your car when idling. She decided to go to a dealership and have them inspect the car to repair the vibration issue.

After the dealership performed a couple of repairs, including cleaning the throttle body, adjusting the engine valves, installing an idle relearn, etc., the problem was not resolved. The shaking and vibration were the same.

When taking the car to another dealership, the technician indicated that the vibration problem is associated with all recent 2016 Honda CRV engines. There is no clear solution to this problem.

The third customer purchases a brand new 2016 Honda CRV, and now it's at only about 600 miles.

The customer mentioned that the vibration issue happens if you attempt to stop as you're driving. It does not occur when you're in the park or at a neutral. The customer felt that the issue is not safe, and he was nervous about driving this vehicle.

Based on the customer's experience, he mentioned that Honda's reliability rating dropped slightly after this 4th generation, especially due to engine problems in 2012.

Despite the amazing features that attracted tons of customers who purchased the 2016 Honda CRV, a large number of reported complaints indicated a continuing issue with the engine problem starting since 2012 with this make.

Some of the most reported complaints about the 2016 Honda CRV engine included severe vibration, hesitation at acceleration, unintended acceleration when braking, excessive fuel in the oil, and much more.

Unfortunately, engine issues with the 2016 Honda CRV are very expensive to be repaired. Unless your vehicle was included in the last recall in 2017, you might need to take care of the problem from your pocket.

Several customers ended up selling their 2016 Honda CRV vehicles after dealing with significant engine problems. That is considered the best decision for this situation.

If you have a 2016 Honda CRV and looking for someone to purchase it, you are at the right location!

Cash Cars Buyer guarantees to buy your 2016 Honda CRV disapplied it's severe engine problems. We will provide you the top dollars along with free towing despite your address around the United States.

We can remove your 2016 Honda CRV within three days only! Our company is a 24-hour car removal company which means that we can visit you and inspect the vehicle evenings, weekends, and same day if that works for you!

If you're looking for more details about our process, you can reach out to us by giving us a call at 866-924-4608 or visit our home page click on the free instant online offer.