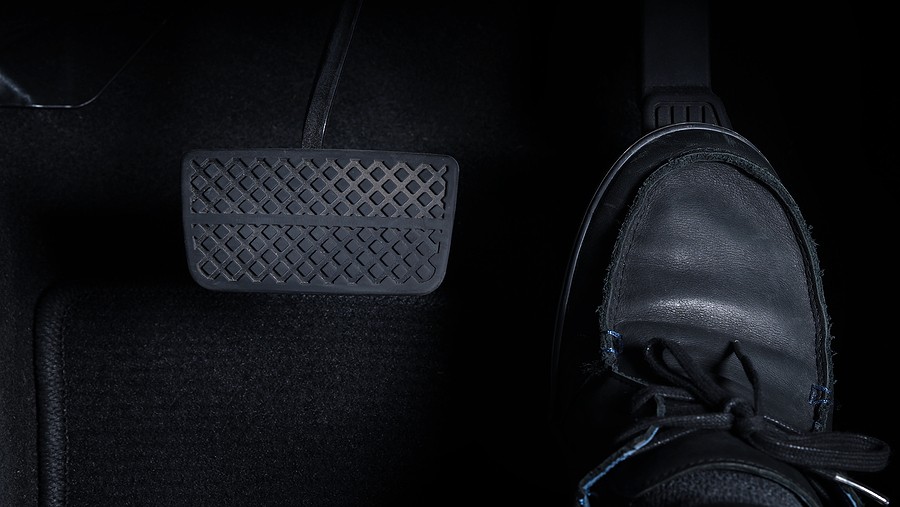 When you put your foot on the gas, you're expecting your car to respond right away. You want your engine to kick in and accelerate right away so that you can get it to speed. In many cases this is of vital importance. For instance, if you're trying to merge onto the highway and join the flow of traffic, the last thing you want is to experience any hesitation when you're accelerating. Likewise, if you're just getting going when a red light turns green you don't want your car to be slow to pick up.

If you're noticing that your car is hesitating when accelerating on a regular basis then you definitely should go into a mechanic to get it checked out. While it may not seem like a serious situation all the time, because it's operating in an unpredictable manner you could be at risk of a serious accident without even realizing it. You need your car to do what you want it to do when you expect it to happen. If it's not working that way, then you're putting yourself and others at risk.

Let's take a look at why exactly your car may be hesitating when accelerating, including the most common reasons for this to happen. And we can also take a look at what you can do to fix the problem and get your car up to speed the way you need it to be.

To start with let's clarify what we mean by hesitation when accelerating. If this is a new phenomenon for you, you may not be entirely sure that it's what you're experiencing in your car or not. Basically, hesitation is what you might call it when your engine just isn't performing to the level you're expecting it to. When you put your foot on the gas, you're going to experience a misfire or it will just seem like your engine is struggling to do the job that you're used to having it do. There can be a number of reasons that can cause this, and we'll get into those shortly, but the basic idea is that you're going to feel like your car just isn't responding the way it normally does.

Common Causes of Hesitation When Accelerating

Now that we've established what exactly engine hesitation is and what it feels like, you need to know what actually causes it to happen in the first place. First thing you need to understand is what's going on inside the engine of your car when you're using it. If you have a combustion engine then in order for it to work properly, you have a crankshaft that rotates which raises the pistons into the cylinders of your engine. As they rise through the cylinder a mixture of fuel and air will be injected into the chamber with it. The spark plugs ignite this mixture of fuel and air creating a small explosion that pushes the piston back down again. As this keeps happening it keeps the crankshaft rotating which in turn is what allows the wheels of your car to move. The faster the pistons rise and fall, the faster your car goes.

Anything that causes an Interruption or disturbance in this combustion process in your engine puts you at risk of suffering hesitation when you're accelerating.

Bad Fuel Pump: As you might guess from the name your fuel pump is responsible for pumping the fuel from your gas tank to the engine itself. Depending on the make and model of your vehicle it could be located inside the fuel tank, just outside the fuel tank, or closer to your engine. Regardless of where it's located if the fuel pump is damaged in some way then it won't be able to maintain the proper pressure and your vehicle will have a difficult time getting the correct amount of fuel injected into the combustion chamber. When that occurs, you may be burning what they call a lean fuel mixture which means too much air and not enough fuel. That can cause problems with hesitation as you accelerate because you're just not burning enough fuel to keep your engine going properly.

If your fuel pump needs to be replaced because it's no longer working properly the cost of this repair can be quite steep. Depending on the make and model of your vehicle you could be looking at a repair cost anywhere from $750 to as much as $1,900.

Bad Fuel Injectors:  Even if your fuel pump is working properly if the fuel injectors are failing on you, or if they're just clogged, then you're still not going to be getting the correct amount of fuel injected into the combustion chamber when you need it. The fuel injectors have a very small nozzle on the end of them that sprays the fuel as a fine mist into the cylinder so that it could be ignited. If the injector isn't working or there's a clog in that tiny little hole, then you won't get that spray of fuel coming out and you may have a misfire as a result.

Like your fuel pump, the fuel injectors in your vehicle are a little bit pricey to get repaired if you need the job done. Average fuel injector replacement cost will run you somewhere between $800 and about $1,500. Again, this very much depends on the make, model, and year of your vehicle.

Bad Mass Air Flow Sensor: The mass air flow sensor’s job is to measure the amount of air that comes into your engine so that the computer is able to determine how much fuel needs to be mixed with it for the optimal combustion reaction to occur. When your mass airflow sensor isn't working properly then your computer is not going to be able to engage in the correct calculations for the optimal fuel and air mixture. When it fails completely, you're going to get a check engine light come on your dashboard and you'll be experiencing engine hesitation and misfires until your engine potentially stalls out on you.

If you need to get your mass airflow sensor replaced it could cost you anywhere from about $150 to $400 to get done.

Vacuum Leak:  There are several vacuum hoses through your engine that need to remain sealed if there to do their job properly. These hoses can wear down over time and develop cracks or holes. If that happens you no longer have a proper vacuum seal and air will be leaking out. That in turn is going to lead to engine hesitation when you try to accelerate.

A vacuum leak could  be an expensive repair in your vehicle depending on not just the make and model of your car but the nature of the leak itself. It really depends on where the leak occurred. For that reason, the vacuum leak could be as low as $150 or in some cases it could get up to as much as $1,000 to repair this problem.

Bad Fuel: Not every driver realizes this, but you can actually cause some serious problems with the way your vehicle runs just by using the wrong kind of fuel. That could mean any number of things from a fuel with a very low octane for your engine or fuel it's actually gotten old because it's been sitting around for too long and is no longer working the way it's supposed to. Believe it or not fuel only has a shelf life of about 3 months to 6 months. After that it starts to break down and will not burn nearly as efficiently as it used to. That’s something to keep in mind next time you watch a movie that takes place in a post-apocalyptic future when people are still able to drive cars around.

Bad Throttle Position Sensor:  Your throttle position sensor is what tells your car's computer how hard you're putting your foot on the gas which in turn allows the throttle to open accordingly. As the throttle opens the engine has to work harder to meet the demands that you're putting on it because you were trying to go faster. When The throttle position sensor isn't working on your car it doesn't know you're trying to accelerate and that means you're going to have some serious hesitation when you try to start accelerating.

When you need to get your throttle position sensor fixed, you're going to be looking at a repair bill that can range between $150 to about $350.

Bad Ignition System: There are a number of ways your ignition system can fail on you that can lead to problems with hesitation when you try to accelerate. Anything from the wires to the rotor to the spark plugs could all have faults in them that will cause your engine to lose power.

If the spark plugs in your vehicle need to be replaced it's typically not a very expensive job to get done. It's very unlikely that all of your spark plugs are bad at the same time, an individual spark plug can cost anywhere between about $10 and $40 a piece depending on the kind you get. Some are actually cheaper, and some can be more expensive. They're also relatively easy to replace on your own so if you're the kind of person who can handle some minor car maintenance, you might be able to do this yourself and save money on labour cost as well.

Bad Oxygen Sensor:  The oxygen sensor in your vehicle is able to monitor how much oxygen is burned in the combustion reaction in your engine. The data it sends to your car's computer helps it decide if you need more oxygen added to the fuel and air mixture or less. That means that if the oxygen sensor isn't working properly then your car will not have the correct data about how much oxygen is being burned so it will not be able to adjust the levels appropriately. That can lead to not enough oxygen being added to the fuel mixture which in turn means that you are going to suffer problems with hesitation when you try to accelerate because you're not burning fuel as efficiently as you could be.

Getting a new oxygen sensor for your vehicle will probably cost you between about $240 and $340.

Bad Manifold Absolute Pressure Sensor: This is usually known as a map sensor and it is used to govern the timing of the fuel injectors. When your map sensor isn't working the way it's supposed to do then your car's computer will not be able to calculate the correct data for how much fuel needs to be injected into the combustion chamber in order to meet the  demands that you are putting on the engine.

Getting a new map sensor installed in your vehicle will probably cost you somewhere between about $100 and $200 to get done. It's also possible that you could just clean the sensor to get it working again properly but that obviously depends on the nature of the problem that you're having.

Having problems with your vehicle hesitating when accelerating can be not just frustrating but dangerous. As you can see there are a whole host of reasons that your car could be suffering from this problem, and some of them can end up costing you quite a bit more than others if you let them go for too long. For that reason, if you're noticing that you're having issues with your vehicle hesitating when you try to accelerate on a regular basis then you need to get into a mechanic as soon as you can to have the problem addressed before a bad problem becomes a much worse one.