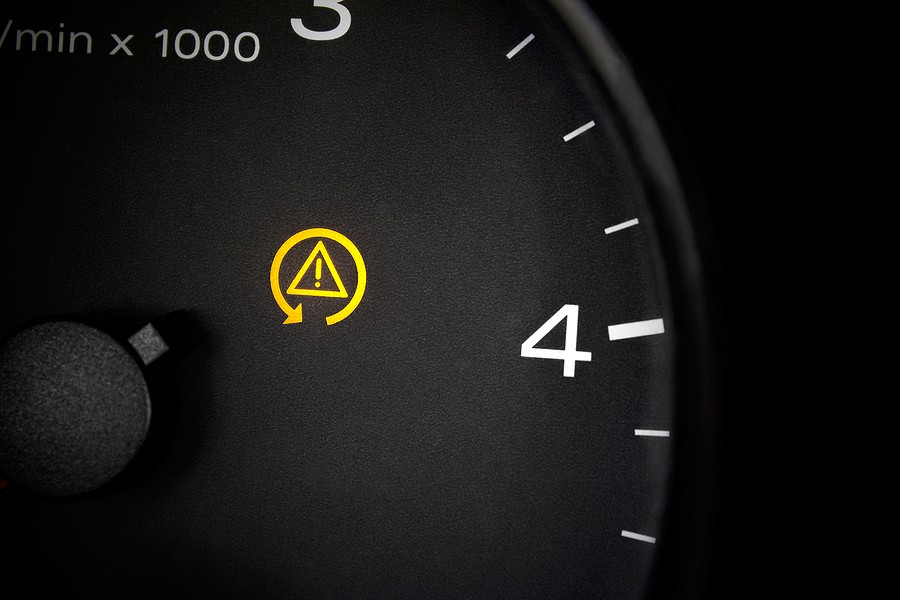 Service Traction Control Light: What does it mean when it says service traction control?

Service Traction in which your vehicle grips the road and pulls across it. This control system is capable of detecting and correcting potential errors. It's an important part of vehicle safety because it allows you to maintain control while driving.

This system was designed to ensure driver safety in challenging driving conditions such as heavy rain, snow, ice, or poorly paved roads. Because all of your vehicle's components are linked, a problem with the traction control light is usually indicative of a problem elsewhere or with the computing system itself.

The high-pressure accumulator and electric pump apply brake pressure to the wheel(s) that are losing traction. The traction control system (TCS) is linked to the anti-lock brake system (ABS), and the two systems are often monitored and controlled by the same control module.

Traction control detects when one driven wheel spins faster than the others using wheel speed sensors. The ABS on the sliding wheel activates in this situation to slow its speed. When the sliding wheel slows down enough to regain a grip on the road, the brake on that corner of the car is released.

In addition to using the ABS system to apply the brakes, the ECU can often decrease engine torque. A stability control system is also found in many cars. In a similar way, stability control makes use of ABS. Even if the road is slick and you start slipping, this system keeps the car pointed in the direction you want to go. Because these two systems are linked, a problem with one will almost certainly affect the other.

The grip of a rolling tire is superior to that of a sliding tire. Your ability to steer will be hampered if the front tires are slipping. You may not be able to steer at all in extreme situations! In this case, your car will continue in the same direction as it was before you began to slide.

The Service Traction Light, first of all, is a flashing TC symbol, or an image of a car losing control. It usually can be found on the dashboard cluster of a car. The following are some of the most common causes for your traction control system light to illuminate. When this happens, it's critical to have the problem solved by a certified mechanic who is familiar with TCS and your specific vehicle.

Each wheel has its own sensor, which will transmit any changes to the traction control system, which will correct the problem. This message will not be relayed if there is a problem with the wheel speed sensors, and your car will begin to lose traction. The TC lights will illuminate and signal a problem if this occurs.

Smooth, easy-to-control steering is an important part of getting good traction. It will be more difficult to steer your car on a rough road if you have a bad steering rack. Your service traction control light may illuminate as a result of this.

It's possible that the traction control system will need to be reprogrammed if it's having problems with its current programming. These types of programming errors may occur over time. Other times, they're the result of a flaw or oversight on the part of the manufacturer.

The dashboard normally lights up when a car enters limp mode. The traction control light will most likely be one of these lights. Limp mode protects the powertrain while allowing the driver to “limp” his car to a mechanic for repairs. The driver will not be stranded and will not need a tow as a result of this.

You can disable the traction control or stability control systems in many cars by pressing a button. If you're stuck in deep snow or mud, you may want to turn off traction control. In some situations, a minor wheel slip will actually aid in your escape. To give the driver more control over the vehicle's handling dynamics, sports cars have the option to disable traction and stability control systems.

Even if you manually turn off traction control, the service traction control light will most likely turn back on when you restart the car. Every system of traction and stability control is unique. Similarly, the process for disabling them is straightforward. For your particular vehicle's method, consult your owner's manual.

With poor road conditions such as heavy rain, snow, potholes, storms, or ice, your Traction Control System may not be able to handle them effectively, and the light may illuminate to indicate traction control issues. There is really not much that can be done in these cases.

The best thing you can do is slow down and pull over to a safe location until the bad weather passes. It's always best to call for help if things get out of hand. It's better to be late and safe than not at all. Your traction control system light should turn off as the road conditions improve.

Internal diagnostics and control modules for the Anti-lock Braking System and the Traction Control System are often shared. As a result, if there is a problem with the ABS system, the TC lights may illuminate. If this is the case, you should have the ABS system inspected by a mechanic.

The ABS is critical for vehicle safety, and if it fails, it must be repaired as soon as possible. When you brake, the Anti-lock Braking System prevents your wheels from locking (which could cause damage and harm) and also prevents your vehicle from skidding while driving. If there is a problem with this system, it could lead to dangerous situations, so it is critical to check it out at all times.

Rather than an external cause, the problem may be with the tracking control system computer system itself. If all other possibilities have been ruled out, it's time to repair the system to ensure that it's communicating properly with the rest of your car. It may only need to be reprogrammed in some cases. Always take your car to a qualified professional who is familiar with your specific make and model.

The traction control system's lights thus indicate issues with other parts of your vehicle, poor road conditions, or a problem with the car’s internal computing. If you're not driving in bad weather and the light keeps coming on, it's critical to address the issue as soon as possible to prevent any potential damage.

If your service traction control light is illuminated, make an appointment with a specialist. While a defective system may not cause serious damage to your vehicle, it may pose a safety hazard and put you in danger while driving in snowy, wet, or uneven road conditions. It's always better to be safe than sorry when it comes to vehicle safety!

When you accelerate, the light will usually turn on. While this may be frightening, it's important to remain calm and focus on driving slowly until you reach a safe location where you can easily stop and contact your mechanic.

Can You Drive With the Service Traction Control Light On?

If the traction control light is the only light on the dash, the vehicle is probably safe to drive. If it's raining or slippery outside, you'll want to be extra cautious when accelerating or turning. In these circumstances, the car may behave in an unpredictable manner. It can be a terrifying experience if you're not used to how a sliding car feels.

It's important to remember that a rolling tire has more traction than a sliding tire. Smoothly accelerate, steer, and brake to avoid disturbing the vehicle's balance. Look as far as you can down the road in the direction you want to go. Keep a safe following distance in mind at all times.

How much does it cost to fix the traction control system?

Replacement of a traction control switch costs between $80 and $90 on average. Labor costs are estimated to be between $38 and $48 per hour, with sections costing $43. This range excludes taxes and fees, as well as your specific geographic location. Repairs to the surrounding area may also be required.

How do you check a traction control sensor?

What are the signs of a bad traction control module?

What are 3 things that can reduce your traction?

What are three ways that can cause traction to be lost? Bald tires, worn shock absorbers, low tire pressure, or a change in road conditions such as snow, ice, or rain are just a few examples of things that can decrease traction.

In conclusion, when all is said and done, how can the service traction control light be fixed? A service traction control light flashing intermittently means the problem may not be “hard coded,” or it isn't a permanent condition yet. It could also mean that the system is no longer fully operational, so practice extra caution when dealing with adverse road conditions.